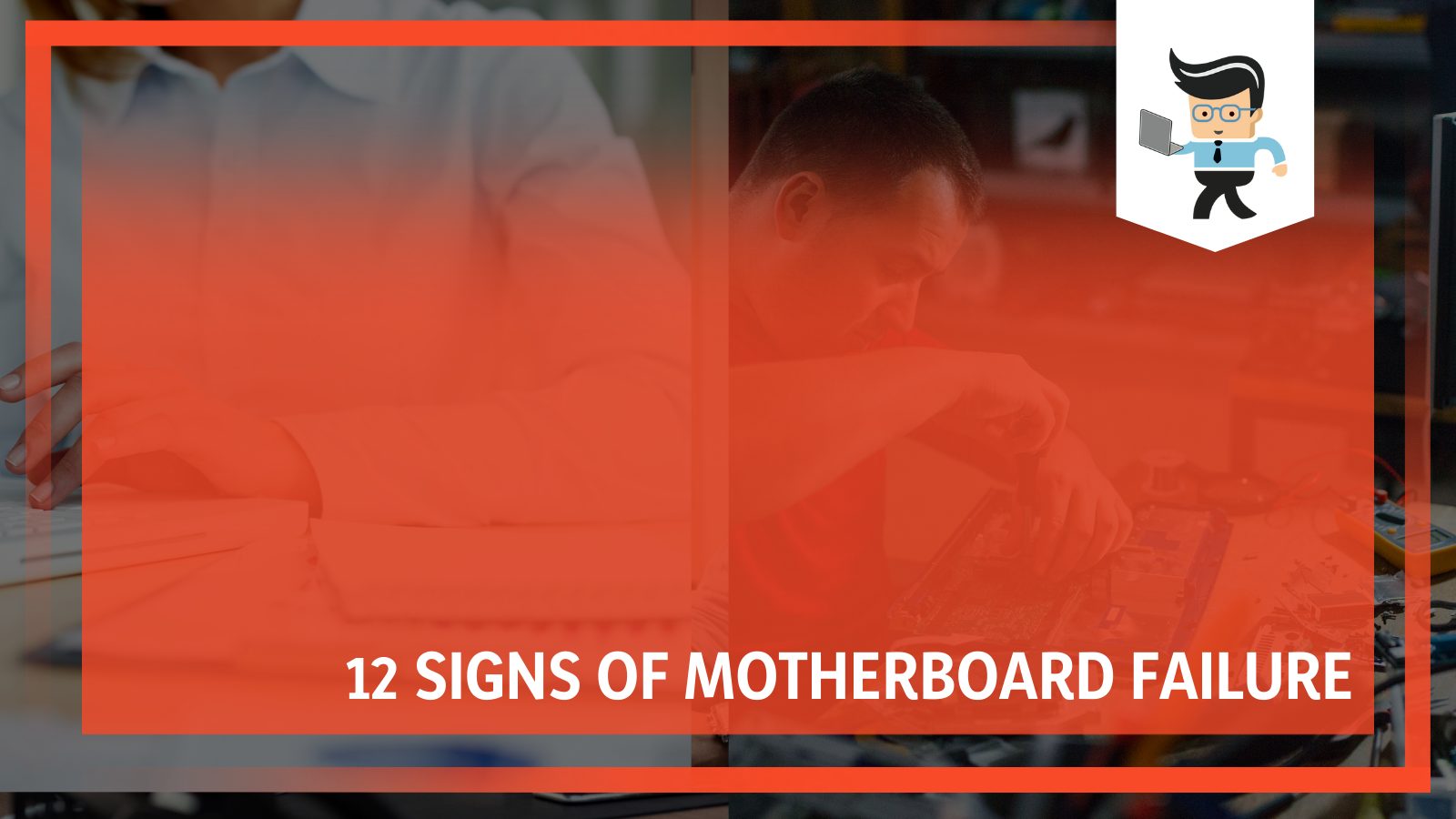 In this complete guide, we will cover all the major signs of motherboard failure so that you will be able to understand where the problem lies and how to solve it efficiently. If you are currently experiencing this issue, there’s no need to worry as our experts have all the answers here.

A bad motherboard is not the only reason for a computer’s slow processing, but it is one of the most common ones. Therefore, it’s important to understand why your motherboard is underperforming or not working properly.

Here are some common methods to diagnose a motherboard’s failure and check where damage is occurring so that you can solve the problem.

In case your system automatically restarts while running, your motherboard might be on the verge of failure. This happens usually due to improper power supplied by the motherboard to components in connection with it. Bear in mind that this isn’t always the result of a defective motherboard.

One possible explanation for this could be that your computer is being attacked by a virus. It can also occur occasionally if your power supply fails to produce electricity regularly. Therefore, it is recommended to carefully check out any possibility of a virus or an error on the hard disk before checking the motherboard.

The motherboard components need to be cooled while performing any task. The common reason for overheating the motherboard is the simultaneous running of many tasks like watching videos, uploading data, playing games, and downloading or running multiple applications. Overheating, or a component that isn’t compatible, can cause a burning odor.

A failed BIOS update bricks the motherboard. Some motherboards have two of these identical BIOS RAM chips on board. If an update fails, the good copy from the other is loaded, and everything continues as normal. However, if a BIOS update is aborted or a bad flash attempt failed, the motherboard will no longer be able to function properly.

By merely removing the motherboard battery, you might be able to resolve the faulty BIOS issue. Your BIOS will reset to default after you remove the battery, hopefully allowing you to solve the issue.

One of the most typical signs of motherboard failure is that the motherboard refuses to work correctly after suffering physical harm. The motherboard is a complicated circuit that depends on every part of it to work. So if your motherboard suffers any kind of physical breakage, it might prove to be disastrous.

If you suspect your motherboard to have suffered physical harm, you can always try to check if the motherboard shows any obvious damage. Although the majority of motherboards are durable, even simple mistakes can cause internal damage, including the motherboard. This is especially true for laptop motherboards.

One of the signs of a failing motherboard is the Blue Screen of Death, which is often caused by hardware issues. However, there may be several additional factors that could be behind your motherboard giving up. 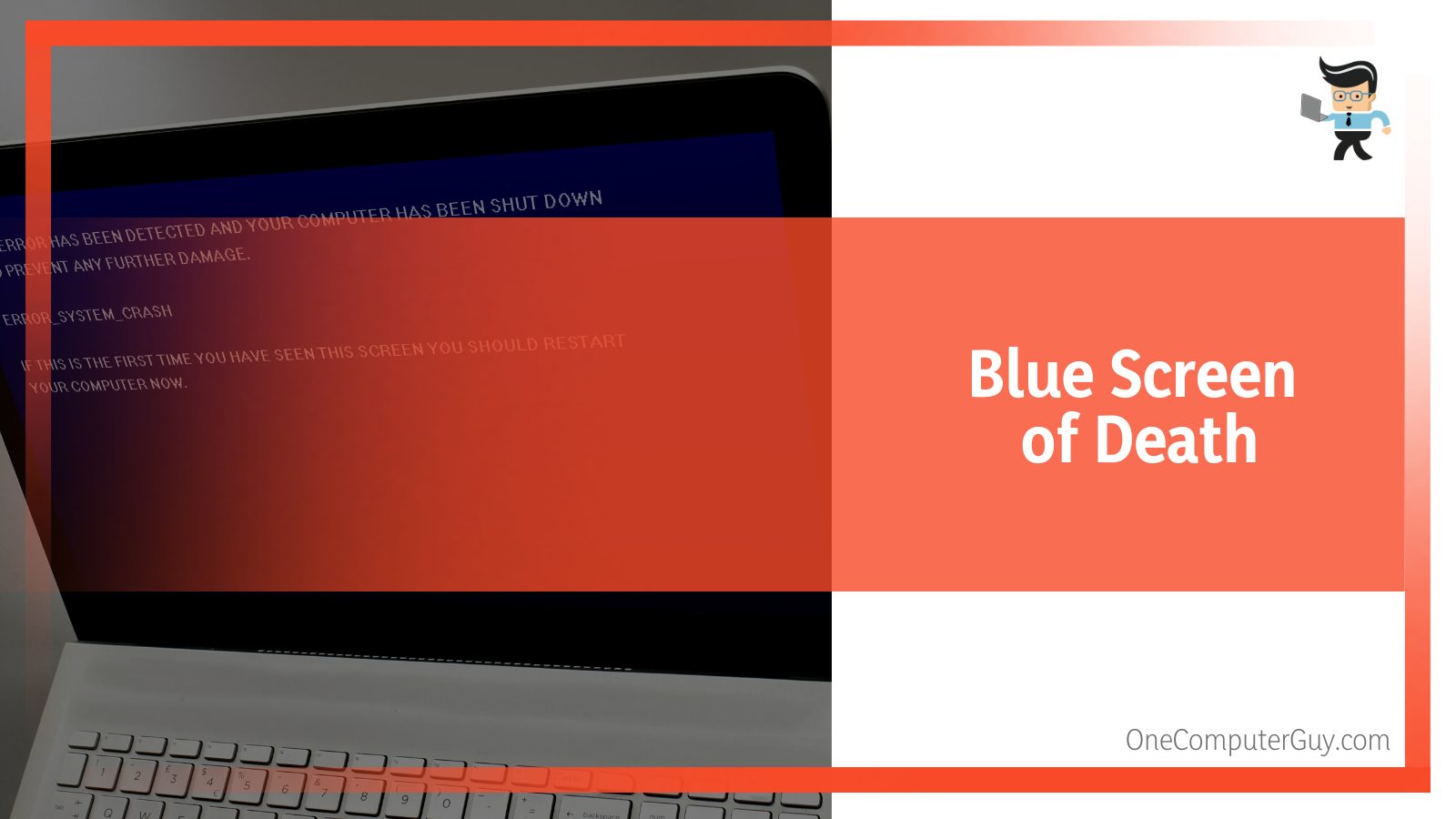 You should always check the error code in google to see if the BSOD has anything to do with the motherboard to determine this. If the error appears to return even after troubleshooting, the motherboard may be at fault.

In this situation, your computer will function correctly when you first turn it ON, only to freeze as soon as you start using it again. Such signs of motherboard failure could appear out of nowhere while you’re using your computer. However, not all freezes and glitches may be attributed to the motherboard, as software issues can also cause these problems.

You could face a motherboard failure if this freezing occurs frequently, and in most cases, you might not even notice this issue until it’s far too late. If your computer is running too many apps at once and your RAM is at capacity, the probability of a freeze becomes much higher.

Damage to the motherboard can often be directly related to power instability. If your motherboard is unable to supply enough power and data flow to the various components, your computer may occasionally stop working and the CPU and graphics card, along with the speed of the fans attached to the motherboard, may decrease.

The motherboard and power supply unit can change their voltage in response to modest power surges, but high voltage fluctuations are not something they can handle. These short circuits might be brought on by issues with your area’s main power supply, with your wiring, or by lightning striking a power line, which would cause the motherboard’s circuits to fry.

Similarly, if the voltage keeps fluctuating, there’s a chance that a short circuit will occur, which is among the most common motherboard overheating symptoms.

Since motherboards are manufactured in large quantities, manufacturing flaws are possible. Inexpensive motherboards also frequently malfunction, mostly because the installed capacitors might be flawed and lead to issues. It’s also possible that the board’s bus design was wrongly developed, which would lead to you seeing one of the signs of a shorted motherboard.

A frequent mistake that results in motherboard problems is that people try to put inferior or non-compatible components on a motherboard. Before putting a PC together, it is crucial to confirm that all of the parts are compatible.

Hardware attached to the motherboard may not function properly if the motherboard fails. The majority of the accessories you’ve connected to your computers, like the mouse, keyboard, hard drives, and other internal components will malfunction in this case.

Now, it’s quite possible that such a failure may be due to faults in the components, but there remains the possibility that the issue could also be one of the signs of the motherboard faltering.

If you’re facing this problem and you’re not sure whether it’s the motherboard or the components that are at fault, there’s an easy way to know this. You can simply connect the equipment to another healthy motherboard and try to operate it. If the computer can detect it, you can be sure that the hardware is not the problem in this situation, and it’s the motherboard that’s causing the problem.

A motherboard will typically give a pattern of beep codes when it experiences failure. You should listen to your computer when it starts up in case you’re facing any trouble with the startup process. It’s quite likely that your issue can be diagnosed by understanding the pattern of beeps. 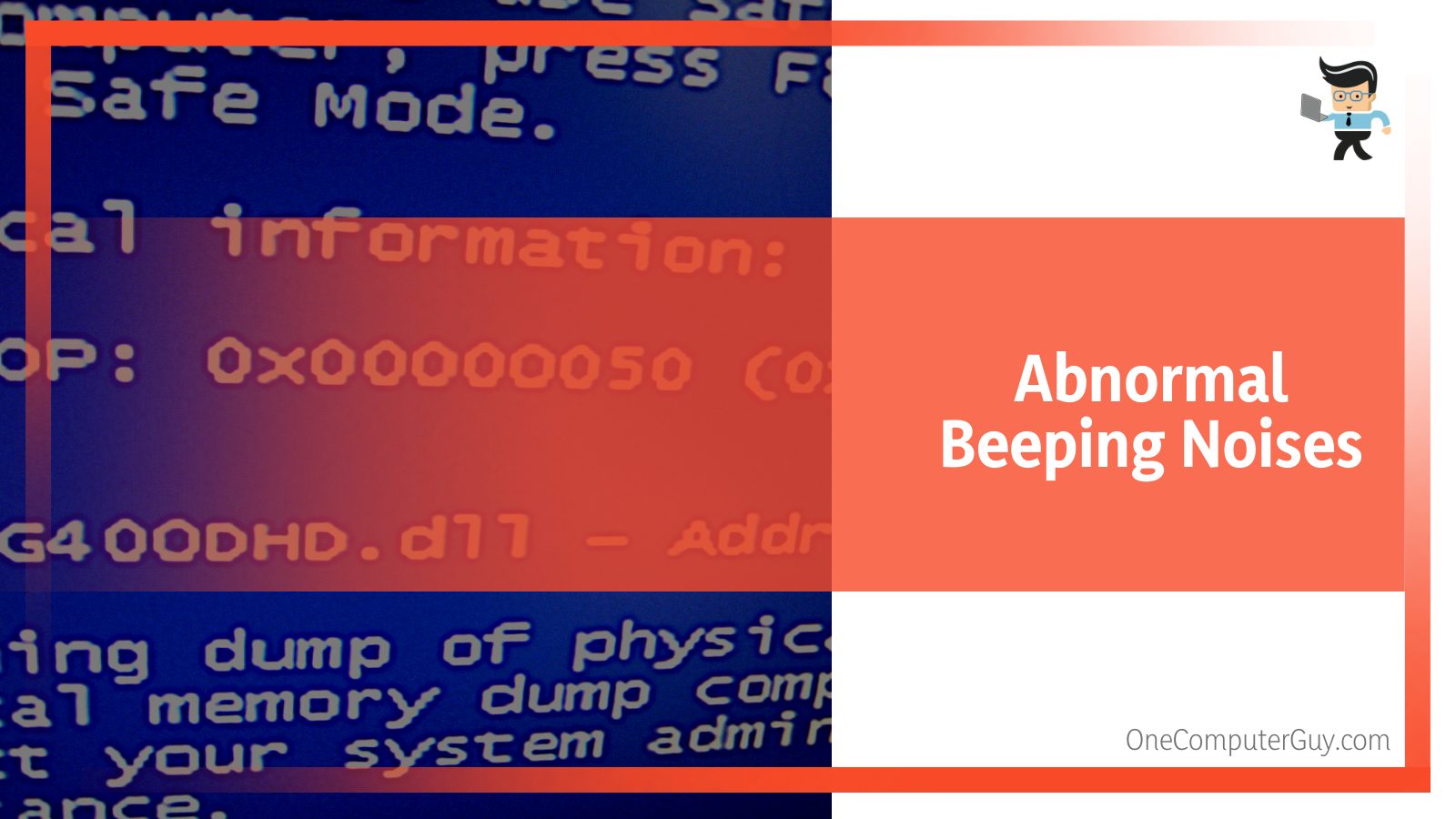 One beep, then three, four, or five more typically indicate a motherboard failure. If there are four beeps, followed by two, three, or four beeps, the motherboard might be damaged, or this pattern might also signal serial or parallel port problems (beep patterns vary depending on different motherboard models). There will be no beep codes at all in case of a dead motherboard.

Another well-known adversary of electrical circuits is dust, which might be the reason behind you seeing the signs of motherboard failure. Occasionally, these tiny particles tend to enter the center of an electric circuit, which causes dust to burn. Dust accumulates next to the vents and on the motherboard as a result of the intake fans sucking it in.

Dust can lead to computer overheating and malfunction if it is not regularly cleared. In an unclean setting, dust, debris, or other impurities may adhere to PCBs or become stuck in the solder, preventing the formation of solid connections and eventually leading to conductivity problems.

Interestingly, dust acts as an insulator as well. It can therefore collect the heat generated by the PC’s case. In addition, dust might eventually clog the cooling fan that exhausts the hot air. Every electrical component and circuit heats as a result. Therefore, you should make sure to periodically clean the motherboard with a brush or compressed air to keep it from overheating

Electronics most certainly don’t live forever, as nothing lasts forever! Having said that, there are times when the parts inside your case may begin to malfunction. Each of them has a specific guarantee or warranty duration as a result. However, taking good care of your motherboard can help it live longer.

It is preferable to replace the motherboard with a new one if the current one is in poor condition.

While the majority of your computer’s issues may have originated with the motherboard, you cannot attribute every issue with your computer to the motherboard. In such cases, it’s best to have a diagnosis to be sure about the problem before attempting any motherboard failure solutions.

Hopefully, the information about signs of motherboard failure causes shared with you in this guie will help you prevent the failure of such a sensitive part of the computer. Nevertheless, you now have the knowledge to diagnose your motherboard issues!