EPS12V is a power supply unit designed for entry-level servers and high-power consumption PCs. The EPS12V specification was derived from the ATX form factor, and it was developed by the SSI or Server System Infrastructure forum, a group that includes many different computer companies, including HP and Dell. 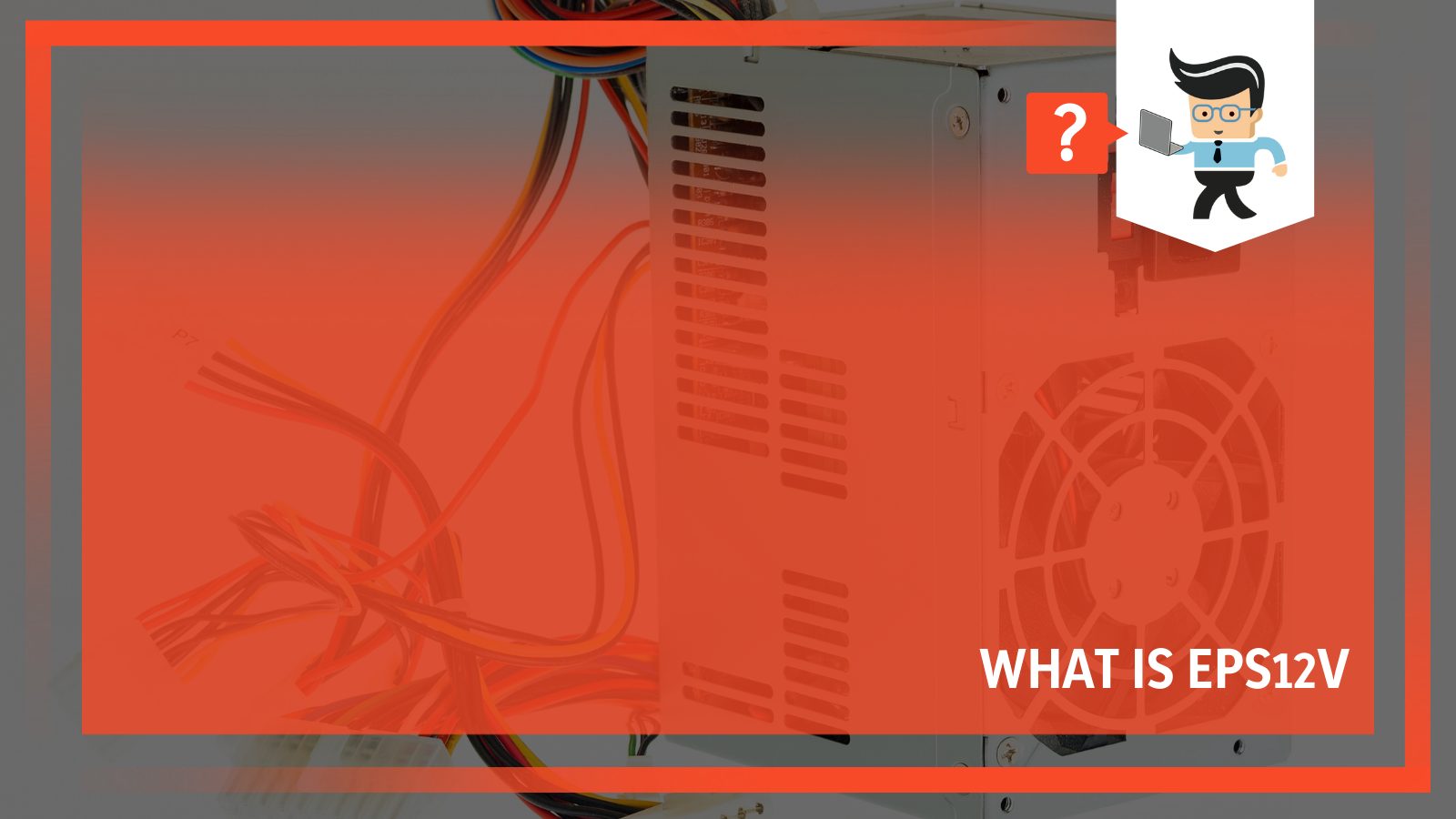 In this post, we’ll help you understand what the EPS12V is and how to use it on your computer. Without further ado, let’s get right to it.

Entry-Level Power Supply Specification, otherwise known as EPS, is a PSU standard that provides critical-based applications and systems with a stable environment while cranking up their power.

In theory, EPS power supplies are compatible with ATX12V and ATX motherboards found in offices and homes.

However, there may be mechanical problems when you connect an EPS12V PSU to an ATX board, especially if the board is from an older generation.

You risk the board’s connector overhanging the socket. To overcome this issue, many PSU vendors utilize connectors in areas where possible to unclip the extra sections. There is no -5V rail for the EPS standard.

The eight-pin EPS12V power cable was originally designed for workstations so they could provide multiple CPUs with 12 volts of power. However, thanks to the advancement in technology, many CPUs now require more 12-volt power, thereby making the eight-pin 12-volt cable the ideal choice instead of the four-pin 12V cable. The eight-pin EPS12V comes in two variants depending on the power supply.

Thanks to the fact that the eight-pin 12V cable is polarized, you can connect it directly to your motherboard’s 8-pin connector. 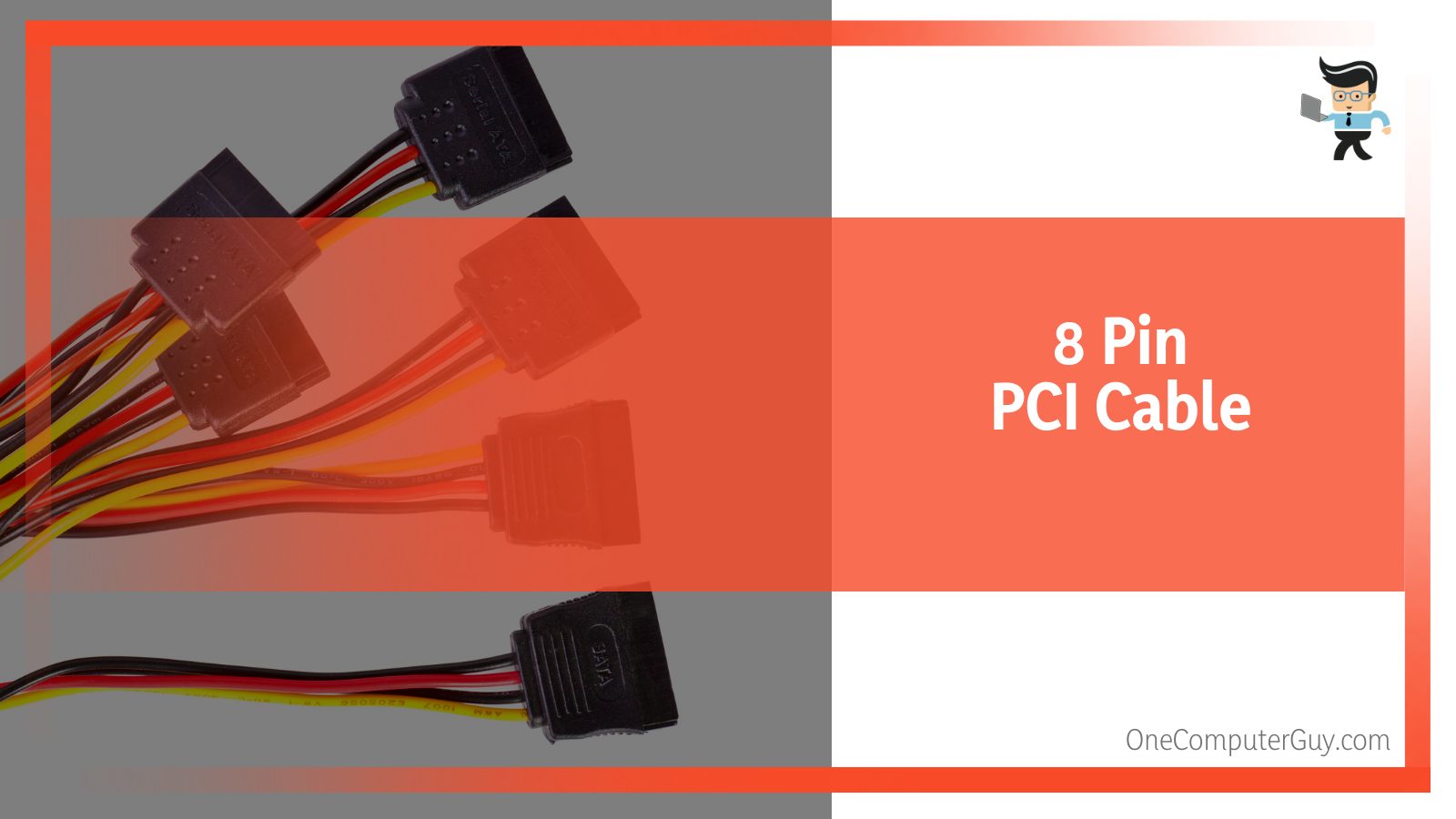 Of these eight pins, four pins often have a square shape while the remaining four have rounded corners. Your motherboard connector should also have the same shapes and arrangement so the cable can fit in correctly.

While these correct shapes and arrangements are usually the case, you can plug an incorrect arrangement into the connector with a little bit of force, though it’s not guaranteed to work.

The eight-pin cable comes with enough pins to make sure you don’t connect it to your motherboard the wrong way.

You should make sure the square and rounded patterns match the exact same patterns on your motherboard.

You can also connect the eight-pin 12 volts cable to a four-pin 12-volt motherboard connector. In this situation, only four of the pins on your eight-pin cable will fit into the four-pin MOBO connector, while the remaining four pins that are unconnected will hang off the end of the connector.

Note that you can only fit one end of the eight-pin cable into the four-pin connector on your motherboard.

There’s usually a component that helps you block off the area where the remaining four-pin will hang off.

And there are cases where the plastic end of the four-pin connector on your motherboard would be just too thick, so you won’t need the component to sit between the pins of the eight-pin cable.

If you’re unable to get an eight-pin EPS cable, you can use a four-pin peripheral adapter instead.

However, if you choose to use this adapter, make sure to plug the four-pin peripheral connectors into different power supply cables.

If you connect both four-pin peripheral power cables into the same PSU cable, you’ll be pulling the power needed for an entire 8-pin 12 volts connector through one 18-gauge wire.

While there may be no immediate effects, it may not be the safest method in the long run.

Make sure you never try to connect an eight-pin EPS cable to a video card’s eight-pin PCIe power connector.

While the cables for both components may look very similar, they don’t work well with each other. Many people get both cables confused and end up frying their PC components.

The eight-pin PCIe cable is often labeled to make sure that it is not mistaken for the eight-pin EPS cables.

The PCIe cables usually come with a label that says “PCI-E” on their connectors.

If you’re unable to find any label on the connector, you can use the color-coded wires to tell whether or not they are EPS cables or PCIe cables. 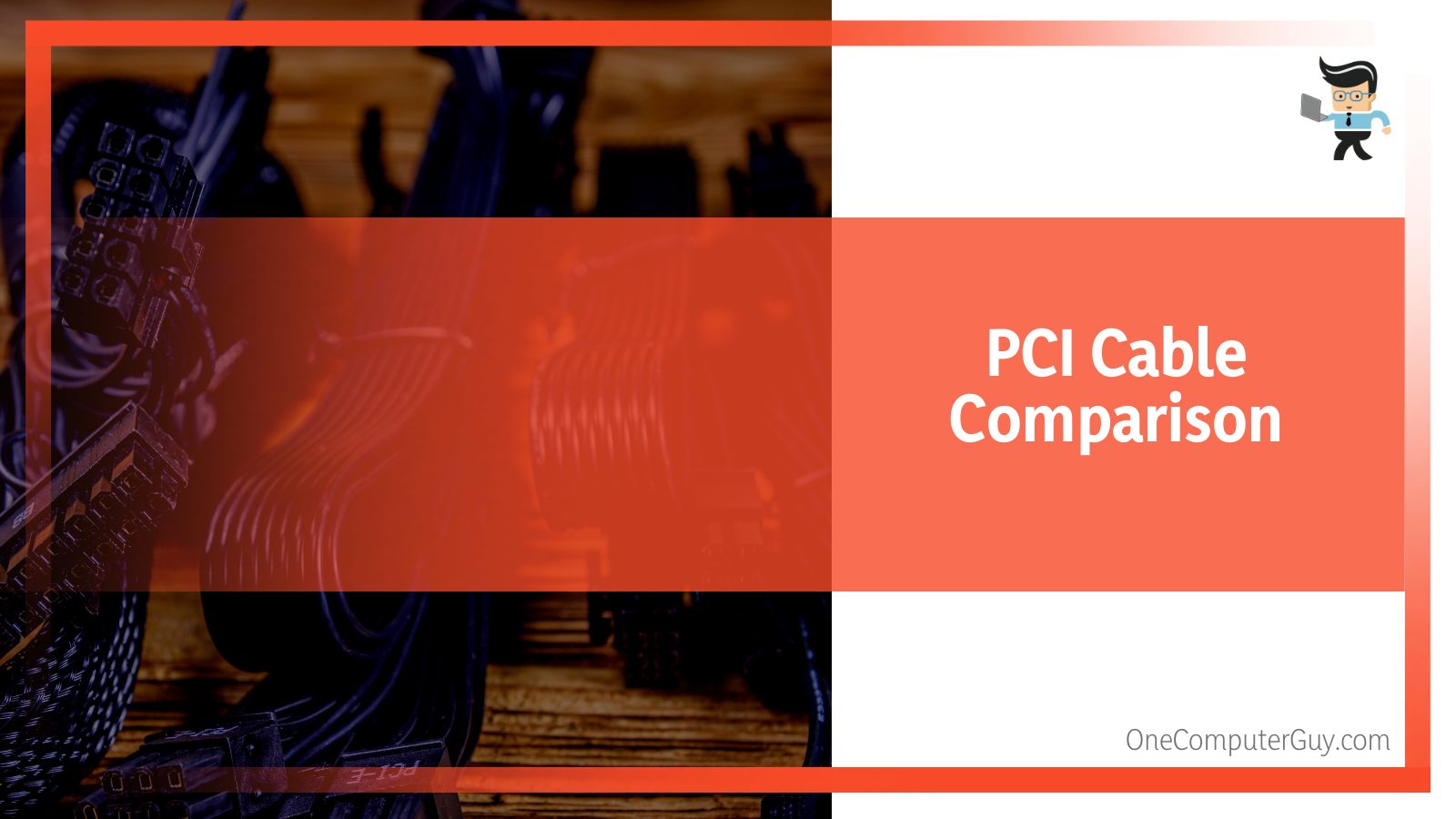 Besides their appearance, the way both cables are keyed into their connectors is also different, so it would be difficult for you to plug a PCIe cable into an EPS connector or vice versa, except you force the cables. The square and rounded-off connectors of both cables and motherboard connectors are designed so you won’t be able to connect one to the other.

While forcing the cables may allow you to plug the wrong cable into the wrong connector, it’s important to note that both the PCIe and EPS cables and connectors are not compatible with each other and can cause serious damage to your rig.

On the EPS connector, the arrangement is the opposite, with the bottom being ground and the clip side being 12V.

Before the introduction of the newer 12V power cable, only one 12-volt line was used to provide power to the motherboard.

With the advent of a newer 12 volts cable, there were now two power cables, which allowed more load to be moved to 12 volts.

Most of the power coming from the 12V connector is often used to power the CPU. However, some motherboards dedicate the power to other things as well.

If your motherboard is designed with an ATX12V connector, then you’ll need to plug an ATX power cable into the connector, or else your processor would get no power. There was one exception, however.

When the connector was newly made, some motherboards featured an alternative in the form of a socket that allowed you to plug in a four-pin peripheral power cable.

This solution allowed and still allows people with older power supplies that didn’t and don’t have the four-pin 12-volt cable to power their components.

The four-pin 12-volt cable comes in a polarized design, so you can’t plug it into any other connector except a four-pin motherboard connector. There are two pins with rounded corners and two pins with a square shape.

The motherboard connectors they connect to also come with the same design and arrangement, so you can only connect the cable correctly as long as you don’t forcefully connect it the wrong way.

It’s recommended that you only plug it into the rightful four-pin connector on your motherboard if you don’t want to fry your components.

While it’s possible to plug the four-pin 12 volts of an ATX12V cable into an eight-pin EPS motherboard, there’s no guarantee that the former would work.

If one 12-volt rail is what the motherboard is designed to take, then the four-pin 12-volt cable of an ATX12V may work.

However, if the motherboard is supposed to take up two 12-volt rails, then the four-pin cable won’t work.

Keep in mind that many double CPU motherboards need one 12 volt rail per processor for them to function properly.

Even if the motherboard ends up working with the four-pin 12-volt cable, you’ll only be providing half the current-carrying capacity the eight-pin EPS cable is capable of providing.

The lack of power can cause your motherboard’s connector and the four-pin cable to overheat, leading to melted or scorched connectors.

Motherboards with eight-pin EPS connectors expect a significant amount of power. You’ll be taking a great risk by plugging in a four-pin cable.

Besides the fact that the four-pin cable won’t supply enough power, it can only sit on one end of the eight-pin connector.

And sometimes, the pin arrangement won’t align with how the connector pins are arranged.

With this post, you’ve learned EPS12V meaning as well as the difference between EPS modular power and other power supply units.

Here’s a summary to make sure you have all you need:

Always make sure you plug in the right power supply cable into the right motherboard connector to avoid damaging your PC components.

Remember that the EPS12V doesn’t have a label, while the PCI Express tends to have a label depicting that it’s a PCIe connector or cable.