ASUS Trace Free is a simple, easy, and efficient solution to the problem of ghosting and a sure-shot way of increasing your gaming monitor’s overall performance. If you are on this article, you are probably one of the many gamers who are victims of ghosting and want to know what an ASUS’s Trace really is.

In this guide, we will look through some of the most common problems that ASUS’s Trace can help us solve, and we also take a close into what motion tracking, ghosting, and ASUS’s Trace actually are.

Read on to increase your technical knowledge of this helpful innovation and improve your gaming experience with ASUS’s Trace Free Monitor.

What is ASUS Trace Free?

ASUS’s Trace is a technological feature of Asus monitors, and it is designed to help remove all that ghosting that might appear on the screen image by providing you with an on-screen slider that can be used to control the applied effect.

Ghosting is a result of stress on your hardware features during highly intensive computing tasks, and in terms of the gaming world, it occurs when the monitor, that is, your display, cannot keep up with the speed of actions that are taking place on the screen.

Now, to put this in an example, it means that if your character is not moving in a game or if it has been moved at a prolonged speed, it is improbable that you will suffer from any ghosting issues. However, the moment you decide to pick up on your gaming speed and choose to move around more and more, your computer’s monitor will start to lose footing, and it will eventually fall behind the actions on your computer’s screens.

Ghosting is a problem that can strike even new monitors that are not designed to handle it. This usually happens because the monitor in question cannot keep up with the image that it has been asked to present on your screen while it operates at the speed that you have designated it to work on.

This is where motion blur comes into the scene, as it is one trick you can use to try and mask this effect with blur reduction. However, in some situations, this is nowhere near enough, as sometimes the graphics are just too high. When the game is moving at very high speeds, you might end up being a culprit of ghosting anyway, and the after-image effect will be visible on your screen.

However, you are in great luck if you are a user of ASUS’s Trace monitors, as this excellent set of monitors is designed to tackle and completely handle this issue. ASUS is unarguably one of the most well-known names in the PC world. With this incredible innovation, ASUS has once again proven that it is a reliable brand dedicated to solving real user issues.

– The Ghosting Test for Monitors

The test in itself is simple and based on browsers. Once you open it, a UFO will appear on your monitor, and if your hardware is not prepped right or strong enough, you will be able to see the effects of ghosting in person on that image. Now, if you are an ASUS-based Trace monitor, you can adjust the settings on your monitor till you see the ghosting effect disappear entirely.

Once you have found the correct settings for your ASUS’s Trace monitor, you can go back to other intensive activities. You can also enjoy all the games you want on your computer because you will no longer have any ghosting issues on your monitor again.

To better understand how ASUS’s Trace works, you must first understand the process called Overdrive, which is a big part of ASUS monitor’s settings. When you use Overdrive, you end up getting a better response timing with the pixels in your monitor, and this means that they will basically speed up in order to keep up with the range and speeds of the images that are required by the particular game that you are playing on your computer.

If you set your ASUS’s Trace to the highest possible settings, you will end up bumping the Overdrive to an extremely high level that will help it to try and get rid of any ghosting issues completely. This happens because you will amplify the pixels to an exceptionally high degree.

However, this could cause another problem, the Corona Effect, to occur on your monitor. This basically means that your monitor will give any moving object a strange effect that will look like a halo and follow them around.

– Differences Between Ghosting and Corona Effect

It is time to discuss two of the most common effects in gaming monitors when we run high-performance games. These effects are called the Ghosting effect and the Corona Effect, and the strangest part is that the graphics card usually causes neither of these effects on your computer.

If your monitor is suffering from the ghosting effect, your screen will show the leftover images that your monitor could not produce by the time you need to turn away from it.

On the other hand, if your monitor is going through the Corona Effect, you will start to see the edges on fast-moving objects as they become hard to even look at because of the halo effect they emit from them.

While neither of these issues is particularly serious as they are only limited to your monitor, they are considered significant game-breakers and considerable inconveniences for the gaming community that is based around good monitor performance. However, ASUS’s Trace users don’t need to worry about either of these as they can quickly solve them simply by tinkering around with the settings on their monitor.

How To Handle Ghosting?

Several common ways to handle ghosting on a monitor include:

While this might seem too simple to check for most users, it is a prevalent problem you should always look out for. If you are able to ensure that your monitor cable has a good and strong connection with your monitor, you can fix the ghosting issue on the spot mostly.

This is because, in some cases, the monitor cables tend to get tangled up, and this situation can cause interferences with the input signal. The input signal is an essential requirement of your monitor, and a weak connection can often be the root cause of ghosting issues on your display.

A good habit is to try and keep all your wires and cables separate from each other. In case of any visible damage, replace them with new ones as soon as possible.

Another trick you can use to get rid of ghosting is simply tweaking response rates and refresh timing. All you need to do is mess around with the settings on your monitor, and you will easily be able to synchronize both of these elements perfectly, giving you the best performance possible.

Now, if you take an example of your monitor as a 60 Hz monitor, you will have to select 60 as the refresh rate. Once you do that, you should be rid of any remaining ghosting issues that you might still have.

While it is not the most efficient solution to just run out and grab a new monitor the moment you face any ghosting issues, it is an efficient technique to put into use. The method works if your monitor cannot solve the ghosting problem after trying all the tricks in this guide. It might just be time to update the whole monitor and get yourself a new one.

Since you are already deciding to get a new monitor, it might be a good idea to try and grab an ASUS’s Trace monitor. If you are a gamer very sensitive to ghosting, it is the right call for you, and it might be time to try out a monitor designed to solve your issue for once.

– Looking for the AMA Setting 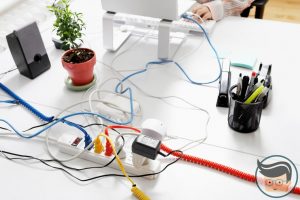 Another standard solution to your ghosting problem, if you are still facing it, is to check the monitor settings on your device for a small thing called the AMA settings, which is short for Advanced Motion Acceleration. Now, when you are taking a look at the AMA settings, you might see several options that include low, high, and limit.

Suppose you change these options up a little bit. In that case, it might help you get the ghosting problem solved right out because the setting is based around giving you the ability to speed up your display with the intention of keeping up with the images on your monitor.

– An Overview of Common Ghosting Solutions

While a lot of users commonly panic, as a natural response, when the ghosting effect happens on their computers, it is not a cause of panic at all if you have the ASUS’s Trace around for your computer. If you do, you will be able to take care of the ghosting problem in minutes at most.

While other monitors might have different levels of quality, ASUS has the added advantage that it gives you something of a guarantee that you will definitely be safe from this problem if you are gaming. Also, it stands for the argument that other monitors do have similar options of Overdrive and the like.

The problem is with their effectiveness. Their effectiveness cannot match the limits of ASUS, which has become known as a reliable industry name in this issue, with a specific product designed to tackle this particular issue.

Still, suppose you are unable to get rid of the ghosting issue on your device with ASUS’s Trace. In that case, you can work on tackling the external issues with the above suggestions to finally eliminate this problem and get the excellent user experience you deserve.

– Can Other Monitors Handle Ghosting?

It is possible to tackle the ghosting issue with other monitors, provided they are new and you know how to tweak advanced monitor settings. While we have taken a deep dive into ASUS and their Trace, which is a solution to ghosting, it stands to the argument that we have yet to discuss other available companies.

ASUS is not the only manufacturer of monitors in the market, and to have an equal comparison to our problem, it is essential to consider other options. Other monitors can work to some degree to get rid of the ghosting issue. A couple of variants have the ability to change the refresh settings on the monitor, but this is far from a natural solution to shooting, even though it does improve the quality of the final image.

With this section, we conclude with the discussions of what ASUS’s Trace is and how it can help us eliminate common gaming monitor issues like ghosting and the Corona effect. We have compiled a list of some great tips for you that encompasses the overall meaning of this article:

Hopefully, you now have no more confusion regarding the exact purpose of the ASUS’s Trace article and how it can help you solve your problems, whether they are the Corona effect or the ghosting type. 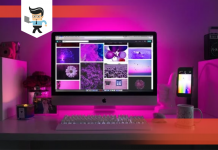 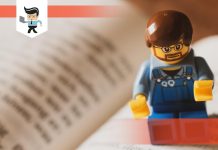 What Is The Best Thermal Paste for PS4?