Knowing the pros and cons of using 9th Gen vs 10th Gen Intel processors is something that should matter if you’re planning to get a new computer. We don’t want you to use a processor that’s not the best pick according to your situation, so we’ve gathered the most crucial information that you must have before deciding on a processor for your computer. 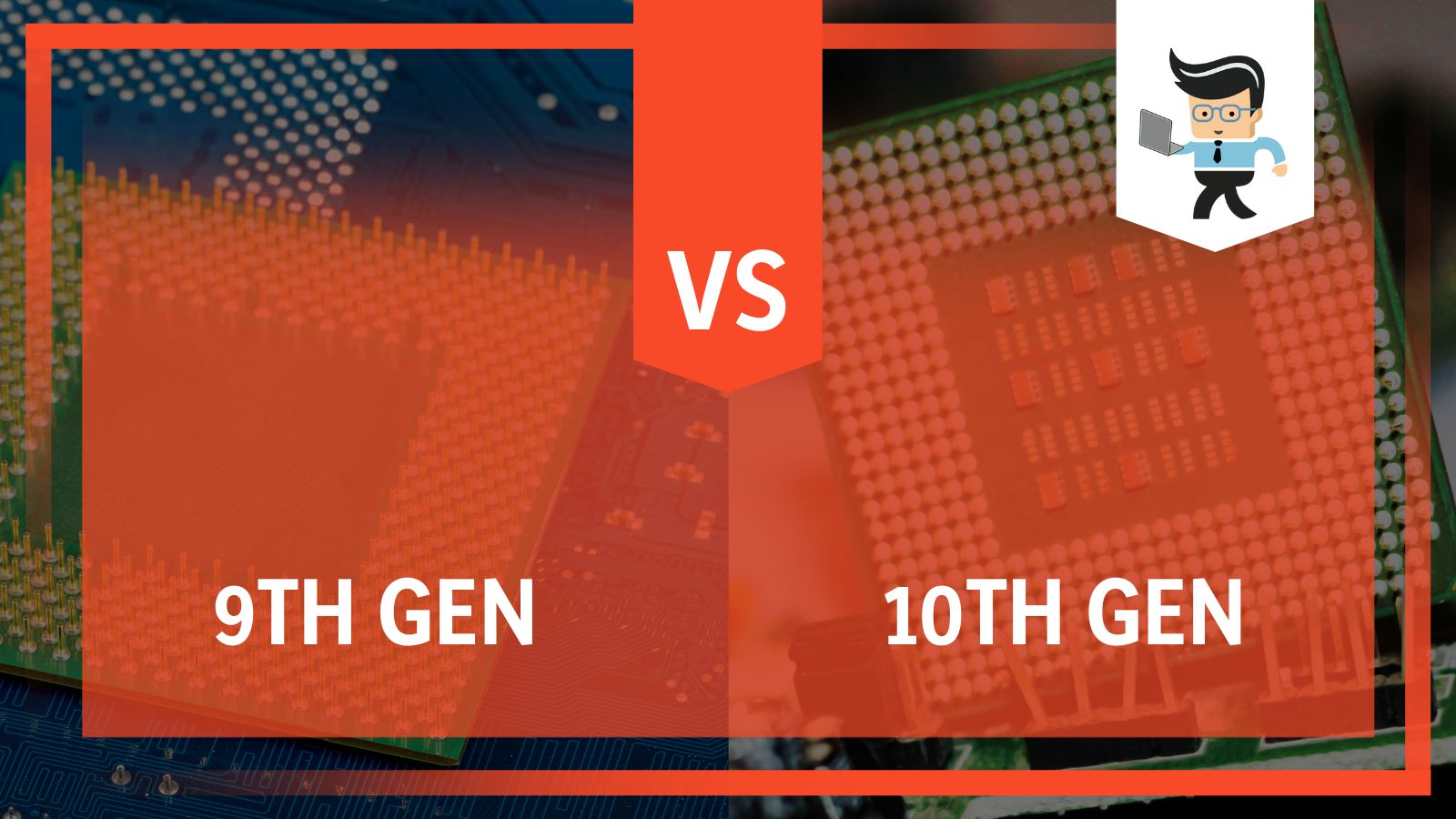 If you want to know the differences between 9th Gen vs 10th Gen processors, just make sure to read this guide thoroughly and you’ll be able to easily pick the best processor for your computer.

The main difference between 9th Gen vs 10th Gen Intel is that the 10th Gen processor delivers 18 percent more processing power as compared to the 9th Gen processors, along with a 2.5x increase in its AI characteristics.

The 10th Generation Comet Lake processors from Intel have just been introduced, adding some spice to the amazing two-horse race that is computer processing. The new range of processors replaces the earlier 9th Gen Coffee Lake CPUs by providing more cores, threads, and power.

The 10th Gen Comet Lake core CPUs were announced earlier this year and include core-by-core switchable hyperthreading. If you happen to be an overclocking fanatic, you might be interested in this new feature, but most users won’t find it very interesting.

Both the 9th Gen vs 10th Generation Intel CPUs have good performance levels, although the 10th generation chip performs a little bit better. The 10th generation processors’ enhanced concentration on artificial intelligence is one of their best features.

To increase the responsiveness of their systems, Intel has increased the AI characteristics of the 10th Gen processor. With the Deep Learning Boost technology, the 10th Gen core provides a 2.5x gain in AI performance over the 9th Gen processors. It forecasts workloads and maximizes performance to make the most out of the CPU in the easiest manner. 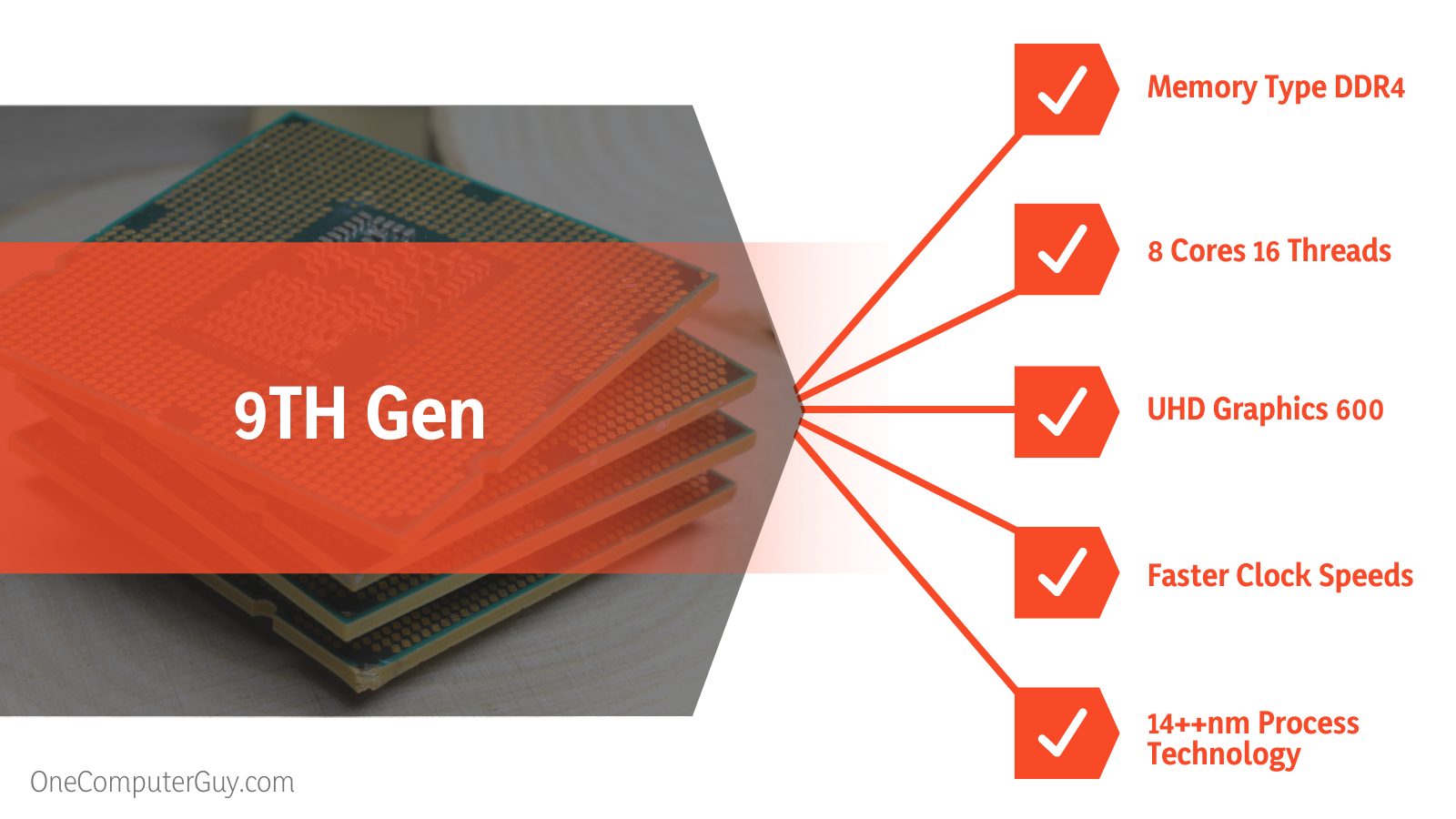 When creating extremely demanding content, such as 3D modeling, doing advanced photo editing, or video editing, more cores are typically better. Any multi-core performance system will work best with processors from the 10th generation and will perform better in highly demanding tasks than the 9th Generation processors due to an increase in cores, and this is evident from most Intel 10th Gen vs 9th Gen benchmark.

In addition, the Intel 10th Gen processor will feature Iris Plus and Gen 11 graphics. It claims to bring better functionality to systems running on Ice Lake. Our team of experts advise the 10th generation core if you want better graphics performance because it is a dependable CPU that supports the UHD Graphics 630 and has cutting-edge, cutting-edge technology.

Focusing on the less technical qualities of Intel’s 9th and 10th generation processors is just as important as knowing their technical specifications. Making an informed choice requires a thorough understanding of the distinctions between these two processors and their capabilities.

The 9th Gen processor still performs well in applications where performance is based on clock speeds. Some video games and software programs might need this capability. The less effective clock speed feature, however, is overshadowed by other areas where the 10th Gen processors exhibit significant progress.

The fact that the clock speed of the 9th Gen processors is higher than those of the 10th Gen machines, however, highlights the difficulties Intel is having in achieving high frequencies from 10 nm components.

The coffee lake can transmit videos in a billion different hues more quickly than its rival. However, the 10th generation processor is a winner since it includes cutting-edge capabilities that make gaming more effective, dependable, and fluid. When comparing performance to budget, higher performance results in more spending. Recall that this is a straightforward rule.

Therefore, make sure you concentrate on the 10th generation i-9 10900K CPUs or processors when purchasing a PC to be used for a picture or video editing. The PC will get slower and have more issues when running Adobe products with several windows open, which is not a good sign for those who always have a lot of work open on their laptops. 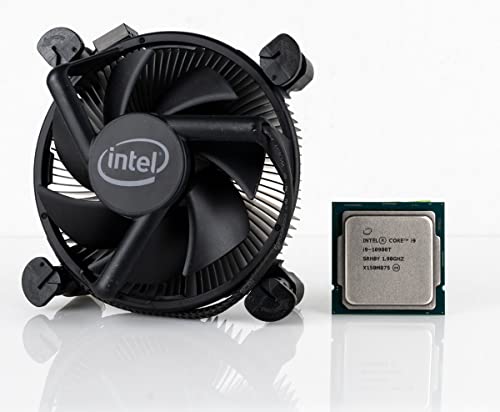 Support for LPDDR4X RAM in Intel’s 10th-generation CPUs is a much-welcomed improvement. The obvious enhancement is a roughly 50 percent higher RAM bandwidth, which will help everything from gaming performance to application speed a lot.

The Sunny Cove cores in the 10th-gen chips are faster and wider, and as a result, the IPC (instructions per clock) has increased by about 18 percent in comparison to the cores utilized in the prior 8th-gen chips. Intel adopts a 10nm process for its 10th generation CPU. 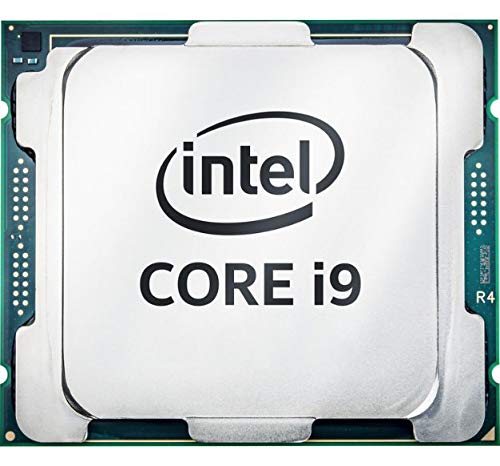 The more recent 9th generation laptops are the best option right now if a deal is more important to you than pure performance. Early on, a limited supply will keep 10th-generation pricing high. Intel’s 9th-gen CPUs are very amazing because of their improved Turbo Boost usage and better efficiency.

Although the 10th-generation chips will be speedier, few people will likely notice the change. Only applications that support it can benefit from its snazzy new AI performance. If the software supports it, the encoding will be much faster.

The new CPU appears to completely replace the older one overnight, and those where they coexist peacefully side by side for so long that you’re unsure which one to buy, like this instance. It will be simpler and more economical to purchase a nice 9th-generation laptop if you need to purchase a laptop right now for business or school. 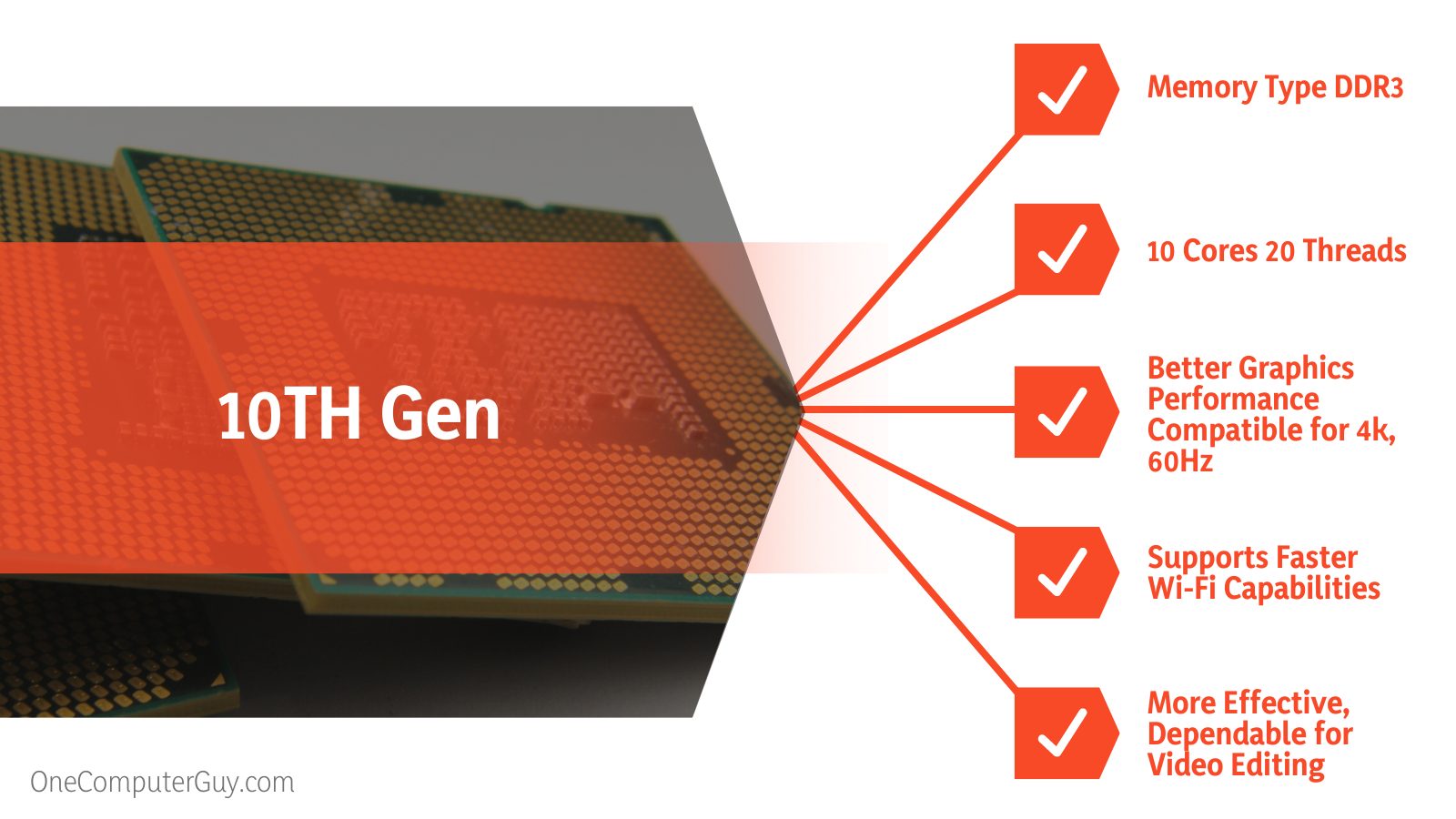 – Is 10th Generation Intel Worth It?

Yes, it is worth it because you will need the best system for such a degree of performance if you are utilizing a laptop or system for high-end tasks like intensive video editing. The 10th Gen processor, thankfully, is an improvement and provides better performance.

The inclusion of Thunderbolt 3, Wi-Fi 6, and additional multi-core capabilities are just a few of the enhanced characteristics of the 10th Gen processor. The 10th Gen CPU utilizes 10-nanometer protocols and delivers superior AI features, which is the primary distinction from the 9th Gen CPU.

A dual-core or quad-core will suffice if all you intend to do with your system is multitask, browse the internet, and perform other office tasks. A 9th Generation processor will work nicely for you in such a situation. You’ll see 9th-gen laptops providing discounts and other incentives when 10th-gen laptops are eventually released in substantial quantities.