If you are trying to choose amongst a selection of 3.5-inch platter HDD for your PC, you will most likely end up between the WD Blue vs Seagate Barracuda. Both Seagate and Western Digital (WD) have some of the highest command in the industry.

Anyone who buys internal hard drives will have used at least one of these brands at some point. There are a lot of reasons why they are so trusted, and the WD Blue and Seagate Barracuda are two of the reasons why.

In order to fully understand which drive is better for you, we’ve prepared a breakdown. We have taken a look at things like reliability and write speed to give you an overall review.

Keep reading to see who wins the debate of Seagate vs Western Digital internal hard drives once and for all. 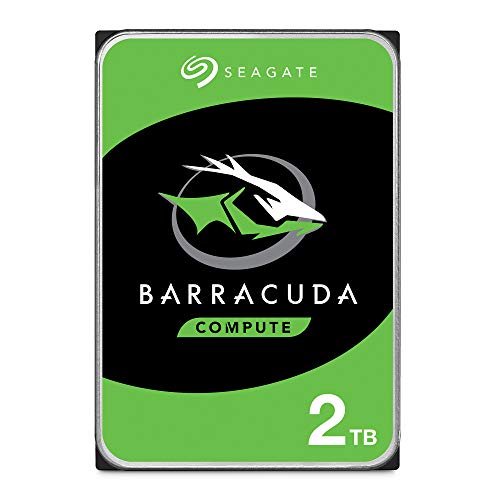 The WD Blue is a hard disk drive that is beautiful and effective. The “blue” in its name is also the color of the casing. It is part of Western Digital’s HDD series, which currently has six different colors that have some of the same technology in them. It is a good value for your money, coming in at the lower end of the cost spectrum.

This was designed to be used in many prebuilt all-in-one PCs and a variety of desktops. However, the popularity of the design and the reliability almost forced WD to release it as an internal hard drive for buildable PCs. This hard drive was built for tasks that require a large amount of storage and space.

Most people who use it to its full capabilities will be those with significant music collections, photographers and videographers, gamers, and anyone who just likes to keep their memories. If you are a web designer, a performer, or someone who just needs a ton of space, this is for you.

You likely won’t be able to fit this into a low profile or small case because it is at the higher end of the sizing spectrum, coming in at 5.79 x 4 x 1.03 inches and 1.52 pounds. As for form factors, it will only fit into 3.5-inch form factors.

One thing to note is that this is not only a good performer, but a safe performer. There are a lot of safety features built into the system to help keep you safe, including the NoTouch Ramp Load technology from Western Digital that safely and imperceptibly positions the recording head off the disk surface. This will give you another layer of protection for your data (but we don’t suggest it as your only defense).

Another selling point is that WD Blue comes with Acronis True Image software, which can help you with backing up everything on your hard drive, including your applications, personal files, settings, and even your operating system.

The main issue with WD Blue has always been pipeline-related. It has been a hard drive to get, but if you are willing to get one of the different colors, then you won’t have any issues.

As mentioned above, the WD Blue can be difficult to find because of pipeline issues. For the most part, the other versions have the same reviews, but their speeds and cache sizes are different.

In case you choose the WD Blue, but it isn’t readily available, you can also consider the other drives from the same series:

If you are building your PC for gaming, then the best option on the list is clearly the WD Blue. If you want something within your budget that still works great, then the WD Black is a good choice. The others are better for people who aren’t going to game, but still want good power. 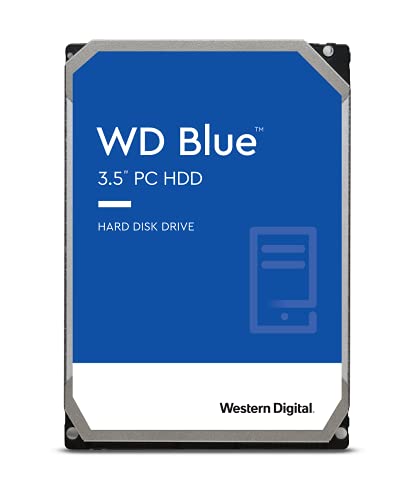 Seagate first introduced their line of internal hard drives in 2007, with the Barracuda 7200.11 HDD. These drives went on to be popular with gamers, builders, and even manufacturers of all-in-one computers.

Unfortunately, there were also some issues that you need to be aware of, as some of them continue into today.

This hard drive was designed as a third-generation interface for SATA 6.0 Gb/s. Happy Seagate users include music editors, video producers, photo editors, and those who used their computers for general navigation. The drive was popular with gamers at the time, but today it would be a bit lightweight.

Now the Seagate Barracuda is popular because it is a low-profile hard drive, coming in at 5.79 x 4 x 0.79 inches and weighs 0.91 pounds. It fits into motherboards with both 2.5-inch and 3.5-inch form factors.

This Seagate hard drive has a good-sized cache (or great, depending on the version you buy) and can move very quickly. It provides multi-tier caching, which enhances app performance, especially for video playback).

When the Seagate Barracuda was released, and a few years after that, there were several significant, debilitating firmware bugs that caused a large number of drive failures. While the company was quick to release fixes to the problems, still the disk errors and cache problems caused issues for all users.

Seagate Barracuda vs WD Blue: Who Wins This Debate?

The main difference between WD Blue and Seagate Barracuda is, Seagate Barracuda’s read and write speed is incredibly fast and it comes with different color options, while WD Blue provides Acronis True Image software and is better at recovering data.

Now that you’ve read the individual reviews of these internal hard drives, which one is actually better? It can be hard to determine the best option between WD Blue or Seagate Barracuda, so our experts put them directly against each other in different categories.

Appearances don’t matter for most people, but it does for those who have clear cases. The Seagate Barracuda comes with two different color options, black and green. It is a little smaller of the two, coming in at 5.79 x 4 x 0.79 inches and weighing 0.91 pounds, compared to the 5.79 x 4 x 1.03 inches and weighs 1.52 pounds of the WD Blue.

The Seagate Barracuda read and write speed is incredibly fast, with a cache up to 256MB. The WD Blue cache speed feels turtle slow in comparison, coming in at 64MB.

The Seagate Barracuda comes with initially flashy technology, including multi-tier caching and an option data recovery option. These improve the performance of most applications, particularly in application loading.

However the WD Blue provides Acronis True Image software that can copy the hard drive and has additional safety features standard with the hard drive.

If you’d buy these separately, you’d be paying almost the same price as the hard drive again.

If you are looking to stay on budget, then you will need to simply compare prices because they are really similar. However, value is a different story.

The Seagate Barracuda costs a bit more but provides more value for what you get. You will need to buy some additional protection software, however.

Reliability is one of the most important things about your power supply, and both WD Blue and Seagate Barracuda are among the most reliable.

WD Blue is better at recovering data from a dying hard drive, which makes it a better option for people who have important data, including those building a computer they will be using for work.

Seagate Barracuda vs Western Digital Blue is one of the most prolific arguments amongst hard drive buyers, but which one should you choose?

It really depends on what is important to you and what you want to pay for when you buy it. 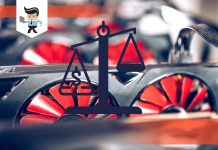