Many people ask, “Is the Intel Core i3 good for gaming?” and the answer is yes, the Core i3 is good for gaming if it’s being compared against processors like the Intel Pentium and Intel Celeron. 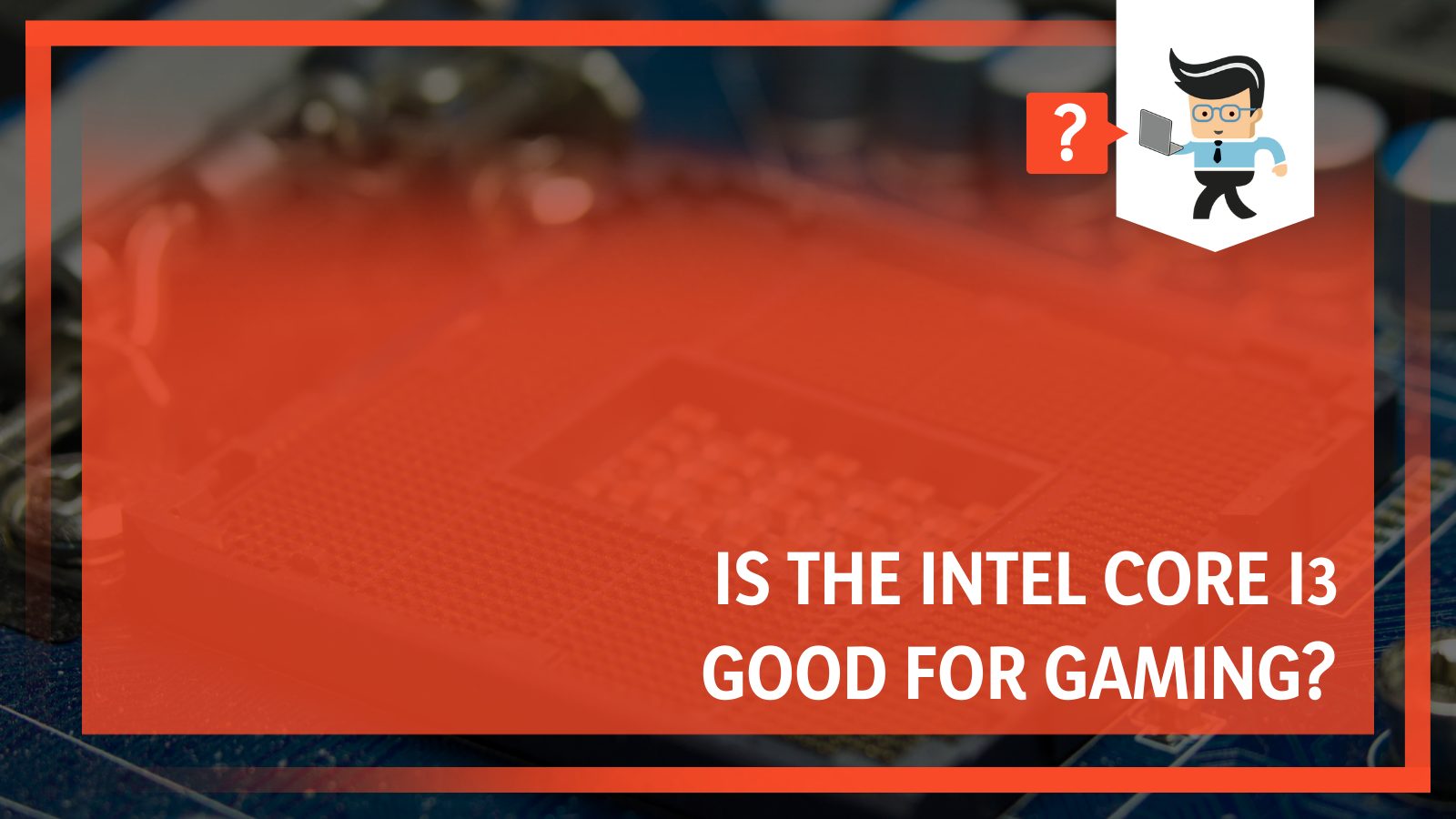 The Core i3 is the kind of processor you consider when you want to step into the performance computing world without spending too much.

In this guide, our experts will walk you through how good the Core i3 really is and whether or not it’s the processor you want to get for your gaming computer.

Is the Intel Core i3 the Best for Gaming?

The Intel Core i3 processor is perfect for gaming if you’re building a light gaming rig. If you decide to use this processor for your computer, you’ll have to make sure to pair it with a mid-range GPU to get optimal results.

Here are some key factors to consider if you’re debating on purchasing this processor for your setup.

– Comparing the i3 to Other Intel Processors

The Core i3 takes the middle position among all Intel CPUs. It is neither too weak nor too strong. The Intel Celeron is the weakest of the bunch and it’s followed by the Intel Pentium which doesn’t offer much of a difference. Then comes the Core i3, which is where you start noticing a change in performance.

As you can see, the Core i3 sits somewhere in the middle of the performance hierarchy. However, in terms of architecture, this processor variant uses cores that are as powerful as its i5, i7, and i9 brothers.

Take note that if you utilize a high-end graphics card with the Core i3, your GPU may end up experiencing a bottleneck, which would affect its performance. Therefore, you need to make sure there’s a balance between your components when building a custom PC.

The number of cores a CPU has may not be the most definite way to measure the processor’s speed; however, it gives a hint as to what you should expect from the CPU when you compare it with other processors from the same generation.

Below is a table that depicts the highest number of cores you can expect a processor to have in its generation.

Keep in mind that the exact number of cores a processor can have will depend on the model, but this table gives you an overview of what to expect.

From the table above, you will be able to see that Intel didn’t make 11th Gen Core i3 processors for desktop units and the 10th and 12th Gen i3 processors both have the same number of threads and cores.

Also, the cores and threads of the Core i3 are significantly lower than what is on the Core i7 and Core i9, which simply translates to a significant difference in performance.

On the bright side, the Core i3 processor tends to be cheaper than its i7 and i9 counterparts, which makes it a great option for budget desktop rigs.

– Processor Core Count and its Importance for Gaming

Core count isn’t always the best deciding factor to use when deciding the processor to choose for a gaming computer.

Most game titles tend to utilize four to six cores to provide excellent gaming performance. Buying a Core i9 for games that use a low number of cores would provide you with diminishing returns as there will be many cores left untouched. 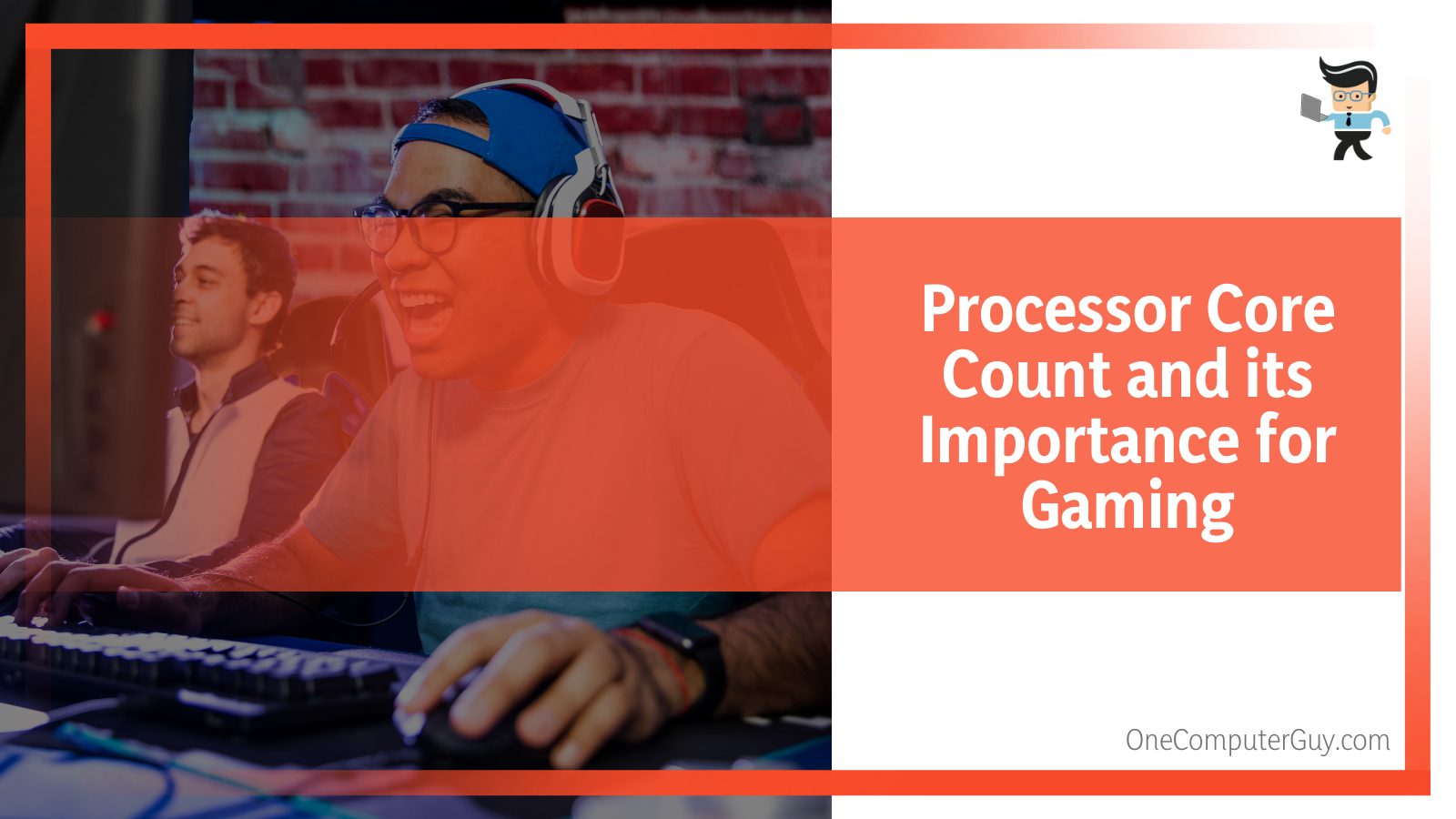 The best thing to do when deciding whether or not to use a Core i3 for your gaming PC is to check the requirements provided by the developers of the game you intend to play. Using triple-A game titles as a benchmark will help you make the right choice as the requirements for AAA game titles tend to be more robust than what you’ll need for online games.

Below are some game title requirements for both AAA and online game titles that can help you decide whether or not you should get a Core i3.

Most online and esports games do not require you to have the latest processors.

You’d be able to enjoy playing them with a light setup.

As you can see from the table above, the Core i3 is more than enough for most online games. It will even be more of an overkill if you get the 12th Gen Core i3 CPU for your online games as this processor’s Passmark score is 14955, which is more than the minimum and recommended requirements for those games.

Here are some gaming requirements that can give you an overview of what to expect:

With the table above, you can deduce that Core i3 processors would work for many AAA game titles, especially if it’s a new generation CPU. While the Core i3 typically has fewer cores than the minimum requirements, many of the games don’t use more than four to six cores.

What this means is that while you’d be able to play AAA games with a Core i3 CPU, you may not get the best in terms of performance. There’ll be a significant difference between a six-core CPU and a two or four-core processor, especially if you’re playing CPU-intensive games.

We recommend that you work with a new Gen core i3 CPU if you’re looking to play AAA game titles. Otherwise, use a Core i5 or Ryzen 5 CPU.

How Do You Know if the i3 Is the Right Processor for Your Rig?

Determining the main purpose for the processor is the first step in making a choice for your rig. Do you prioritize the overall gaming experience over budget constraints or vice versa? These questions will help you decide which processor to get.

If you’ve decided that the Core i3 is what you want to work with due to budget constraints or system requirements, the next step is to choose the right processor for you. There are many i3 variants so here’s a guide on which one would be best for your system.

– For An Overall Gaming Experience

The Intel Core i3-10100f is the best i3 variant for an overall gaming experience. It features four cores, eight threads, a turbo frequency of 4.3GHz, and a base clock speed of 3.6GHz.

This processor offers a solid gaming performance, although its performance is a little lower than what you’d get from the Core 17-7700K and the Ryzen 3 3300X.

If paired with the right graphics unit, the Core i3-10100 will provide you with frame rates that are a little over 60FPS, no matter what game you play it with. You can also utilize this gaming CPU for both 1080p and 1440p resolutions; however, do not expect an overly high refresh rate when gaming at these resolutions.

Also, the ideal motherboard for this processor would be the B560 or B460. Getting a Z490 motherboard would simply be a waste of money.

If all you want is a budget gaming build that doesn’t take too much out of your wallet, the Intel Core i3-9100F is the processor you want to get. It features four cores, four threads, a base clock speed of 3.6GHz, and a turbo frequency of 4.2GHz. 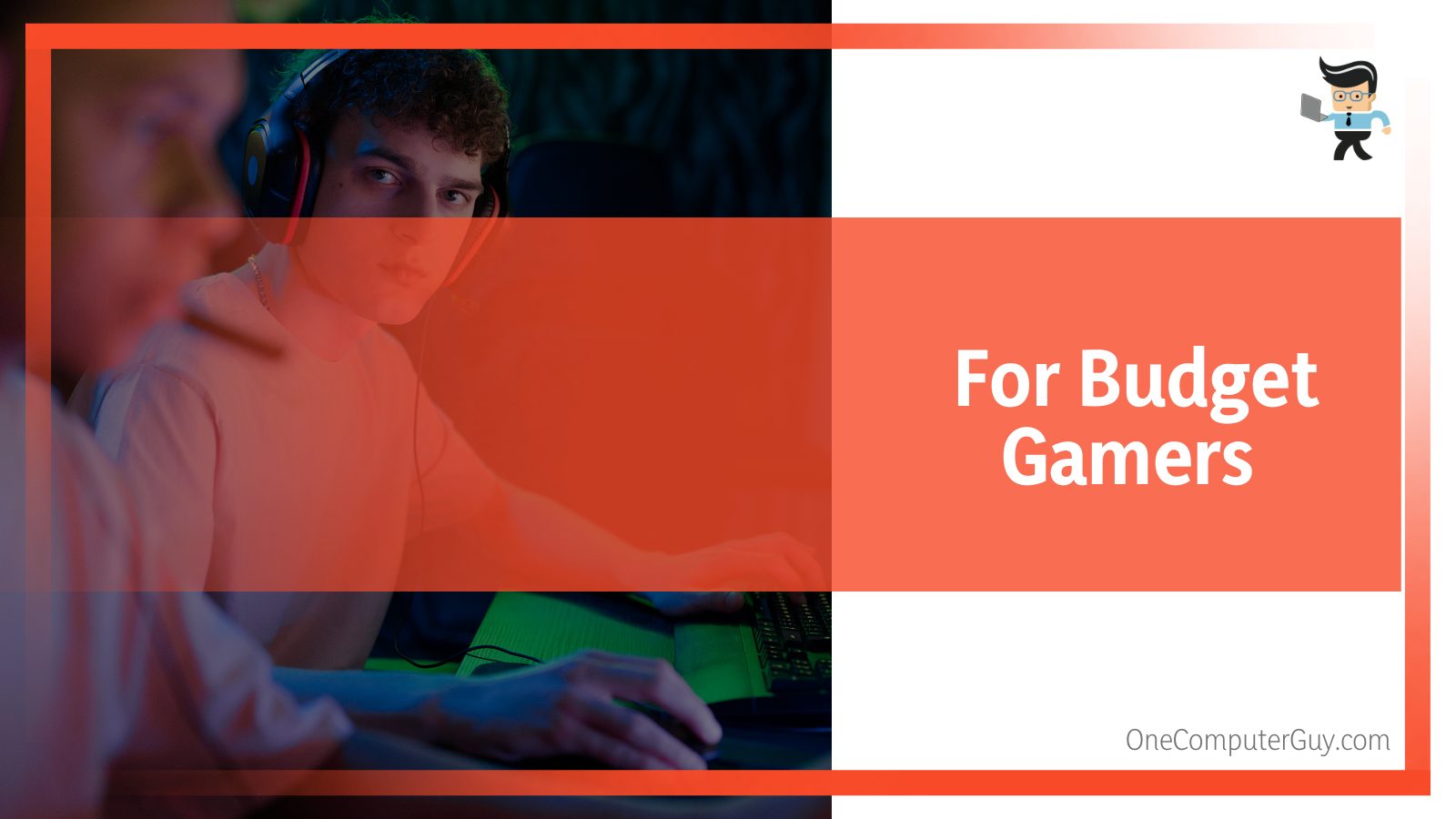 This processor is great for budget builds because you can find killer deals on eBay in the $50 range. We recommend that you purchase a new processor only if the used versions come at a price that is almost as high as the new ones.

Your Core i3 processor can bottleneck your graphics cards, especially if you’re playing a CPU-intensive game. If you play games like Cyberpunk 2077 with an i3 processor, even if it’s the 12th Gen version, you should expect significant performance bottlenecks.

– Core i3 Gaming and Future Proofing

The i3 processors, especially those with four threads and four cores, cannot be considered to be future-proof. The reason is that more modern games are utilizing more cores and leaving higher clocks behind. While i3 processors may be currently good to play esports and some AAA games, they may not be the best options in the future.

However, you could make a future-proof gaming system by pairing a B560 or B460 motherboard with a 10100 processor. And once newer game titles start demanding more than the eight threads and four cores offered by the 10100, you can just swap out the CPU with a non-K Core i9 or i7 and it will be good to go for many years.

Whether you’re looking to play online multiplayer games or AAA titles, using an i3 processor will get you there even though you may not get the best FPS.

Our discussion above has touched on multiple points that answer if the i3 is good for gaming, so here’s a quick recap to make sure you have all you need to make a good buying decision:

Factors such as the processor’s model, CPU generation, and the kind of games you intend to play all contribute to whether or not you’d get the best performance for your games.

So make sure to consider these factors before purchasing a processor instead of just looking at your budget.