How to crash a discord server might be important to know if you are looking to pull a prank in a group server with your friends. On the other hand, understanding this information would always help you know what to do to avoid or overcome such a situation when it occurs. 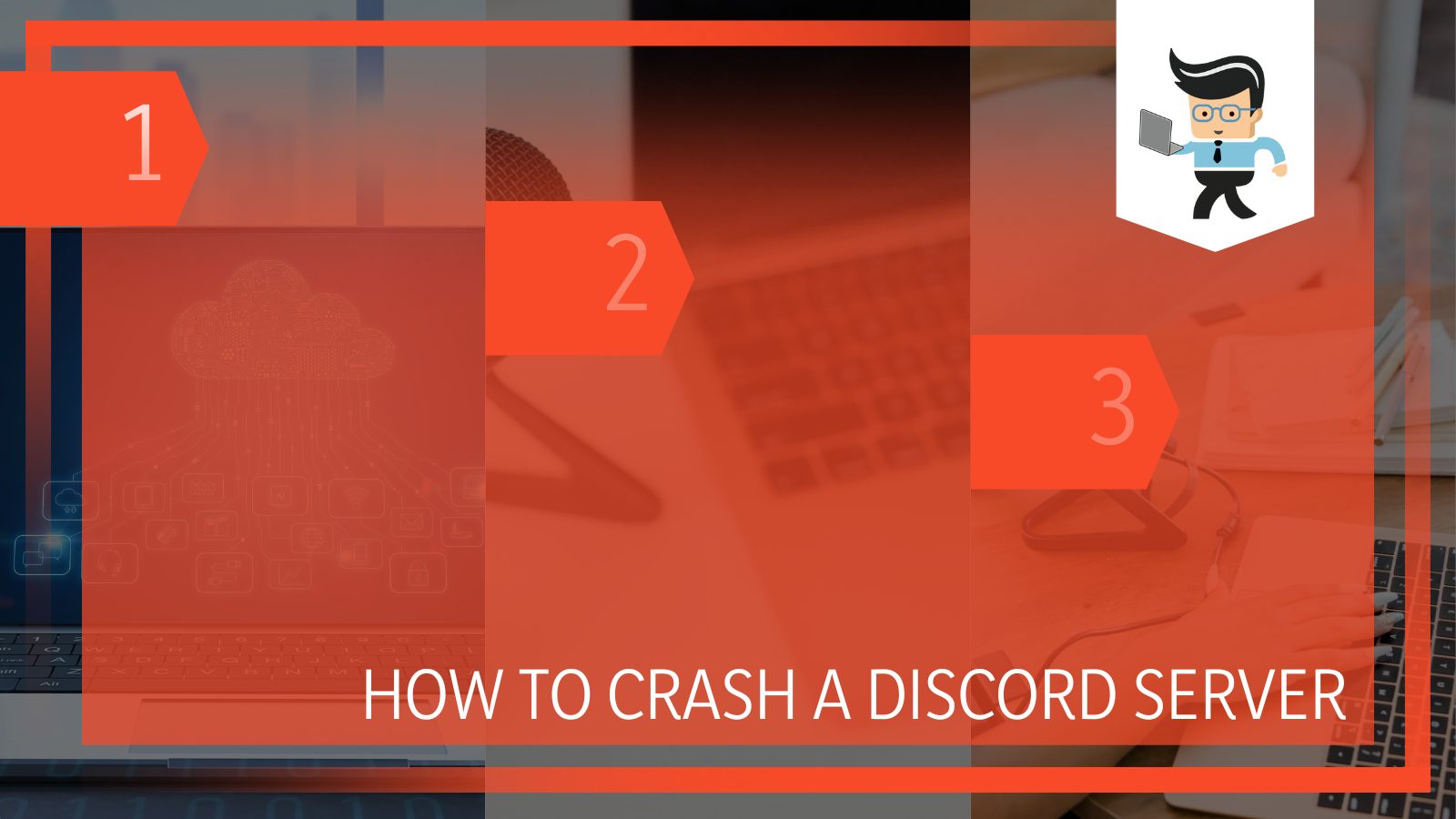 Depending on the operating system of your device, the ways to crash the server are slightly different. We will see these other methods in the detailed sections that follow:

How Can You Crash a Discord Server?

You can crash a server by sending in a corrupted image or GIF file on the Linux, Mac and Windows operating systems. You can also use bugs and other malware in the app or the computer system to effectively crash a server.

– Crashing the Server With an Image on Linux OS

Compared to its Mac and Windows counterparts, the Discord system on Linux is built to be sturdier, and the methods that would otherwise wholly eat up the server on another computer are less dangerous on Linux. However, it is not entirely immune to the corruption that comes with the crasher.

Using a corrupted media file is a well-used technique for corrupting and hopefully crashing Discord on Linux computers. Whether it is an image or video could be debated, but it is a moving picture of an anime that lasts for around two seconds.

After being created a Discord crusher maker in 2021, the video/image plays for two seconds on your Linux desktop app, and then you see a red square.

If you are lucky, the red square is the end of the file. If you are not that lucky, however, you will see your Discord settings begin to mess up on their own. Everything will get downright messy from brightness to resolution, leading to the ultimate crash of the server to which the file was sent.

– Crashing the Server With an Image on Mac OS

When crashing the servers, the Mac OS is less resilient than Linux but still more robust than Windows OS. Like any other system, it cannot be completely safe from potential bugs. 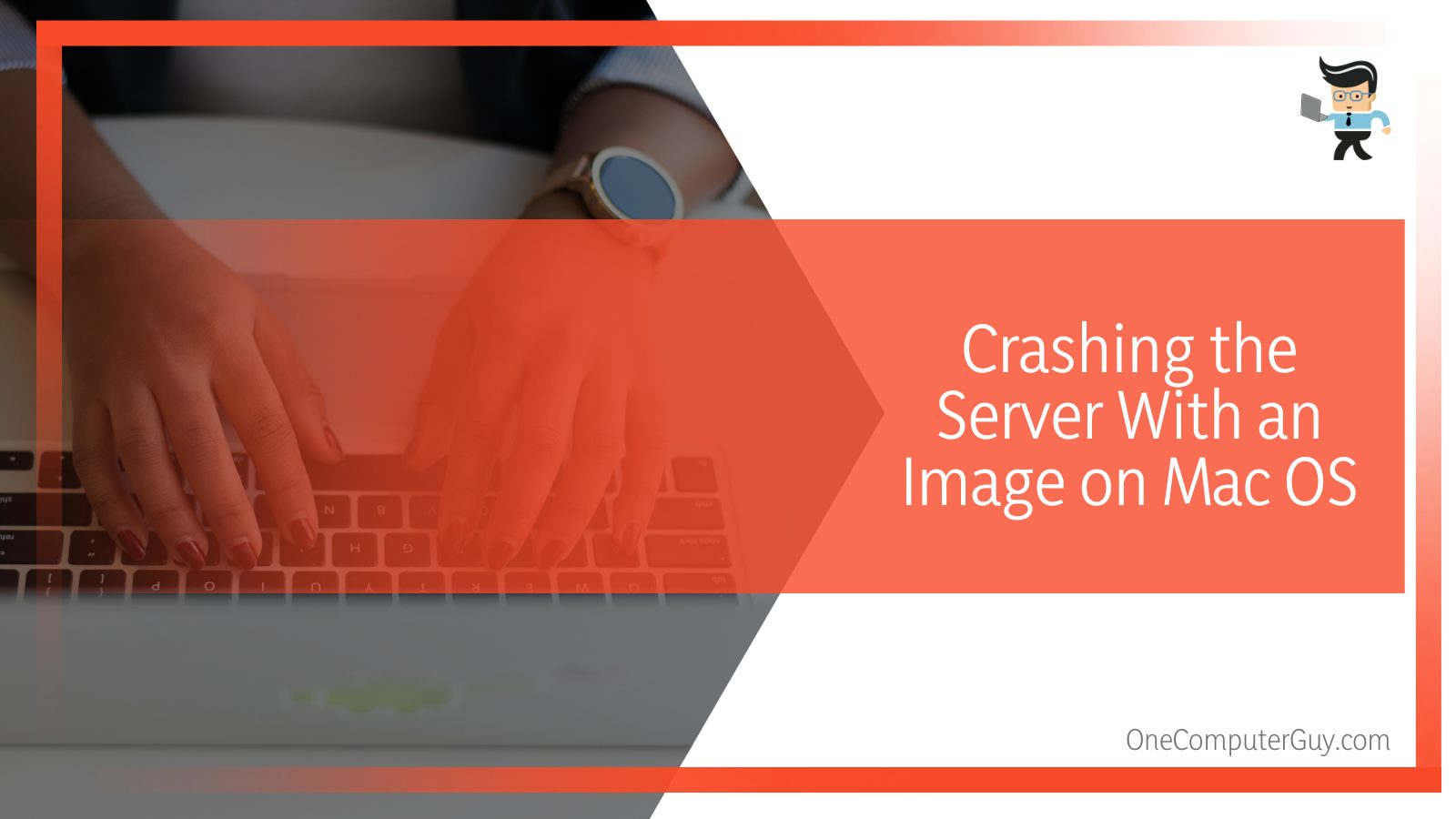 Therefore, you can attempt to crash the server on the Mac desktop app of Discord by sending a particular media file about two seconds long.

This is a concise image/video file of some anime, and it has been used to crash Discord for almost two years. Once this media file ends, you will presumably see a red square if your operating system is safe from the corruption it carries.

If you aren’t relatively that safe, you should prepare to see your entire Discord system turn upside down. Everything from the quality, fonts and resolution will change endlessly until the server where this file was sent finally crashes completely.

– Crashing the Server With an Image on Windows OS

Discord’s app on Windows Desktop is the easiest to crash. Sending the short two-second media file on a server on this OS is a surefire way to crash it, leaving no end completely unturned.

In the Windows OS, there is a piece of programming called FFmpeg. This is a tool from the command that certain people use to put videos together while injecting them with multiple video changes that include sudden changes in the color space or screen resolution.

Therefore, when the file is launched on any modern web browser, the corruption immediately crashes the program.

The screen will turn red when you send this file to Discord’s server on Windows. But the hex editor used to make the changes in the video will show its colors and start messing up your web or desktop app to the point where it crashes almost instantly.

Changing the video settings and then the Discord settings in every messy way possible will go on endlessly, ruining the app experience and crashing it.

– By Sending a Corrupted GIF

Something else that could potentially crash Discord is sending multiple GIFS one after another quickly to the server of your choice. It is probably some unsolved bug on the application’s end, but sending two or more GIF files quickly can cause Discord to crash.

Not just that, it will also slow down the running of background tasks on your device, where the application crashed.

– Malware in Other Device Programs or Discord Itself

The application might also crash if it is attacked by malware. This could be a high possibility if you have recently uninstalled your anti-virus program, leaving the app vulnerable to viruses.

Also, while software updates are supposed to fix any existing bugs and glitches in the program, sometimes the updates are the ones that bring new issues. If you have recently updated your Discord, the latest upgrade likely brought some new bugs that are making the application crash.

How To Fix the Issue of a Server Crashing?

You can fix the issue of a server crashing by reinstalling the Desktop app or logging out and back into the web version. Checking the app for available updates, clearing the load of cache files and rebooting your computer could also solve this issue.

Whether you are a Linux, Mac or Windows OS user, try to uninstall and reinstall Discord from your computer if it is liable to constant crashes. Once it has been deleted, remove all related data from the system. Then head over to the Store of your device, download and then install it back to the computer. 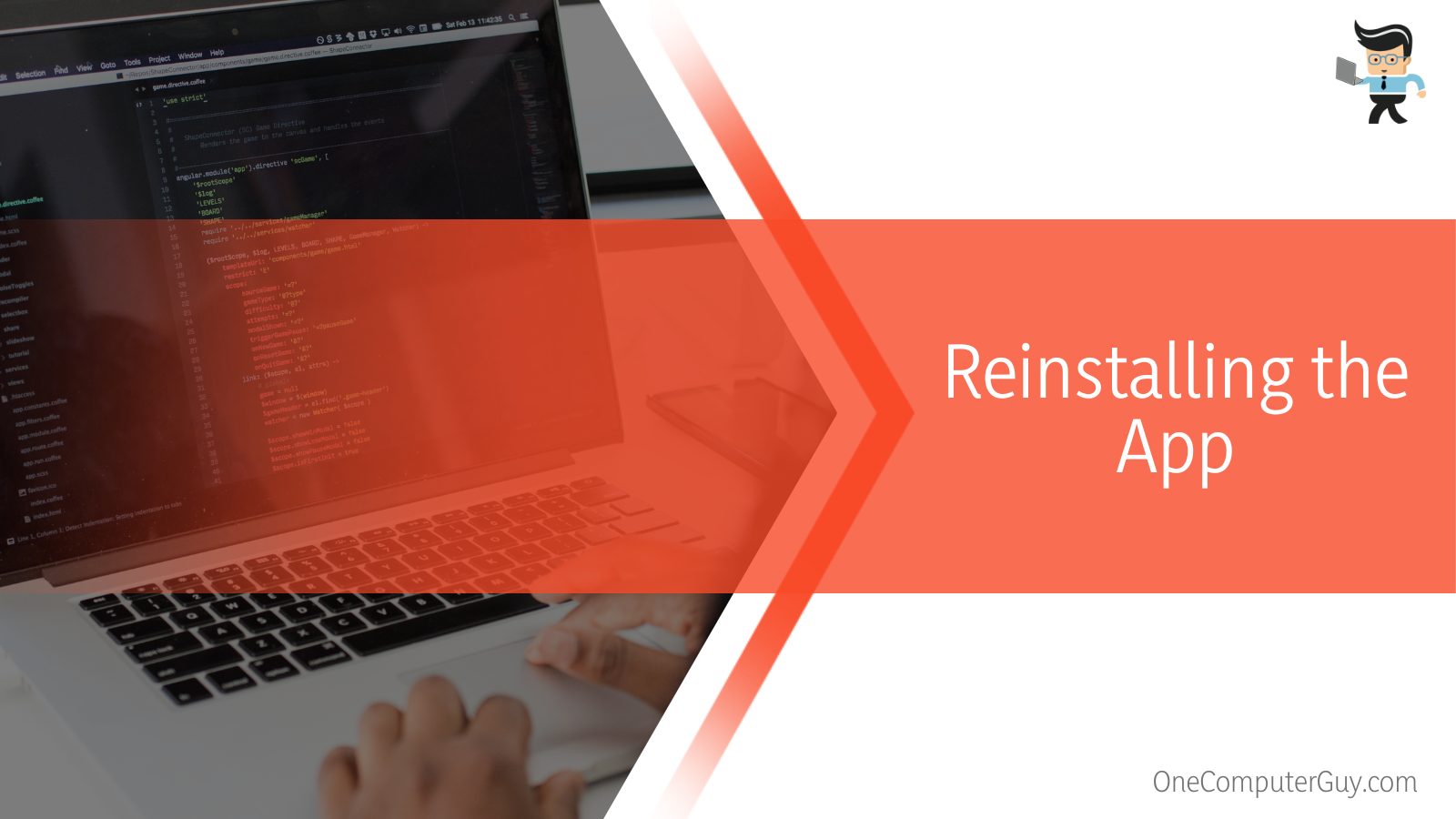 Using the browser version, you can log out of your Discord account. Refresh your PC, sign in again, and see if it helps with the crashing issue of the app.

In the sections above, we discussed how a new update could carry new bugs, which could be why the app crashes so easily.

However, the case differs from this because updates are usually programmed to help the program function better. Therefore, if a new update is released for Discord and you haven’t installed it yet, install it and see if doing so helps with the issue with the application.

An overload of temporary files and cached data from Discord can be a massive factor in the crashing error. A good habit of putting in a routine would be to clear out the cache files regularly.

This could be a problem if you have been using the app for a long while and the crashes have started happening recently.

Clear out the Discord cache files on your computer system, and restart the application. Hopefully, the error will not be a regular occurrence after doing this.

Sometimes a good reboot is all your computer needs to solve whatever problems are showing up in the system applications. The case with Discord might be similar, so you can reboot the device by pressing down the power key and turning it off completely. Wait for a few minutes; if the computer is warm to the touch, wait a little longer to cool down properly.

Then press the power key once more to turn the device on. Once it is on, refresh the screen a few times and then proceed to launch your Discord app. After the reboot, it should be functioning without any more crashes.

– Can Discord Fix My Server if It Has Crashed by a Glitch?

Yes, Discord can fix your server if it has crashed by the glitch media file. However, it is highly improbable that they will change the basic programming of the app, which means the file would still manage to crash servers in the future.

They could take care of the problem if they wanted to, but since the glitch is completely effective even in 2022, the issue is less significant for them than it is for some frustrated users.

– How Can I Know Why My Discord Server Crashes?

Discord crashing is caused because of an overload of cache data or the back-end programming of the application itself. With the development tool known as Electron and the open-source Chromium, it is easy for certain people to enable legacy mode, which effectively crashes the servers in the app. 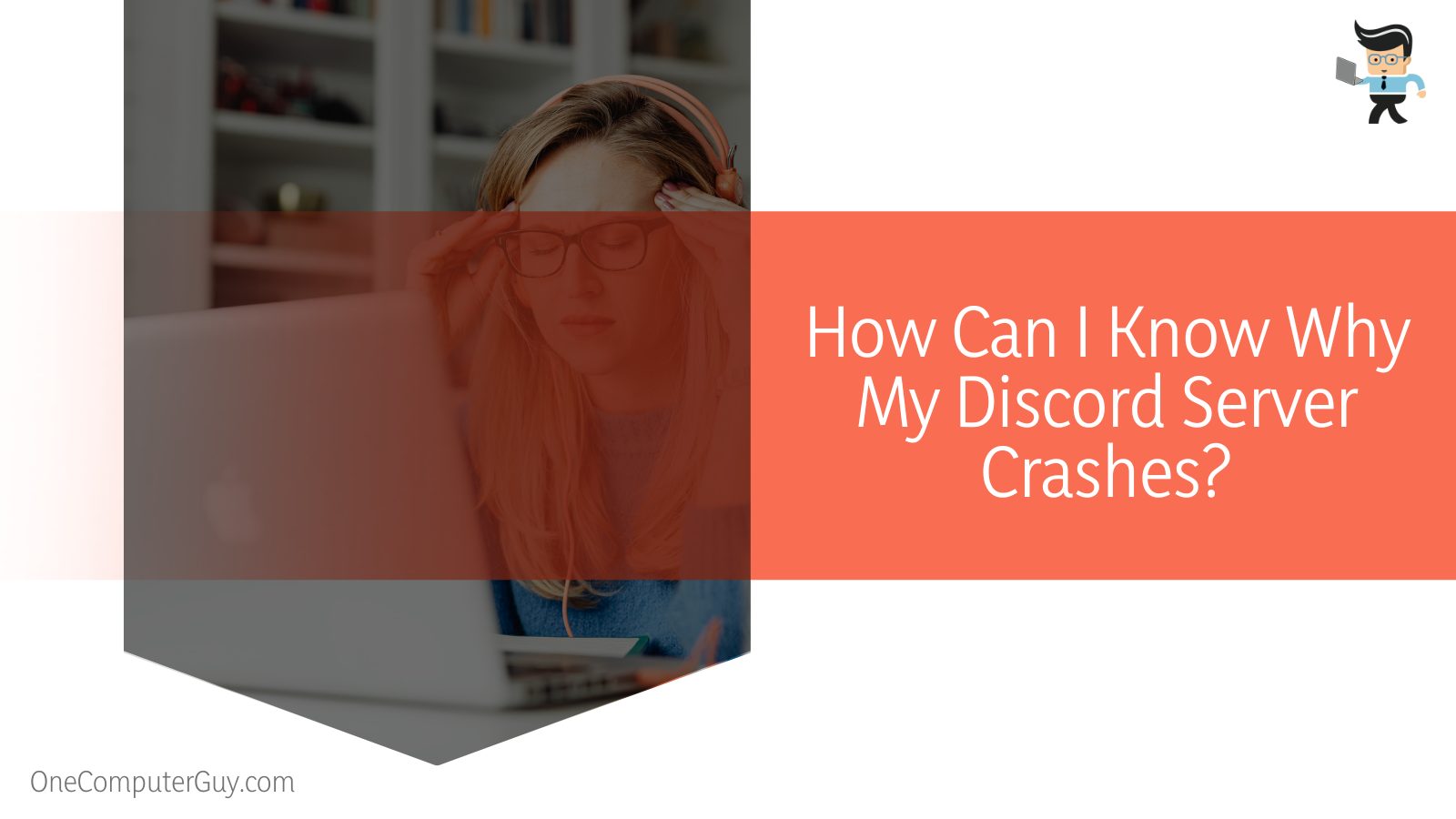 Even if you disable hardware acceleration, The corruption files are designed so the Chromium tool cannot dissect and run them, causing crashes.

There is hardly a computer program or application in today’s age that does not crash, and a messaging platform as famous as Discord is no different. We discussed, in the sections above, the techniques that can be applied to crash a server and also the ways to overcome this when it comes to a problem for yourself, some points being:

Whether you want to pull a prank on your friends or test a theory, the methods for crashing Discord’s servers will come in handy. If you want to know why the app is crashing, we have got you covered, and you will be able to solve the issues quickly using the surefire techniques given!