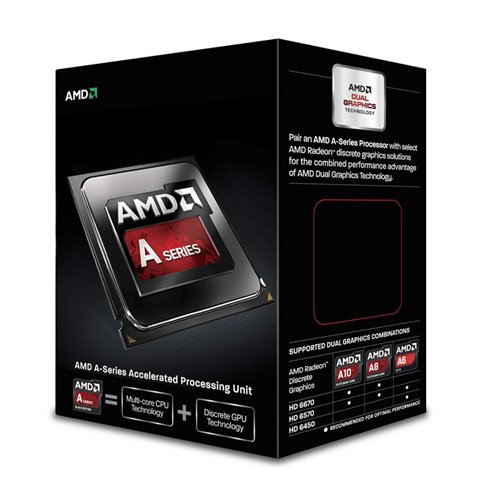 AMD’s A8-6600K APU (Accelerated Processing Unit) is a fantastic option for anyone who is looking for a good piece of technology. You will get some of the best graphics in the industry, but there are a few things that you will need to pay attention to if you make the decision to buy this one.

This will give you a boost when you are playing with Dual Graphics on most titles. However, you may have to slow everything down over time to really get the performance that you want.

Some people may suggest that you are better off getting a CPU that doesn’t have graphics embedded, which will save you money. However, it is up to you.

The chip is produced ​​in a 32nm process, and it integrates two modules with four CPU cores clocked at 3.9 to 4.2 GHz. The 6600K has a Radeon HD 8570D graphics unit and a DDR3-1866 memory controller. The unlocked multiplier can be overclocked extremely easily, making it better for those who are just starting out and don’t want to take too many risks. You may have to personalize for some smaller optimizations, particularly if you want to go into Turbo mode.

The CPU cores are built on Piledriver, which is a reworked Bulldozer architecture. This means you can expect some pretty good performance. The CPU performance is the same as some of the older models in this line, which is a good thing. It is perfect for everyday tasks and can even handle some of the most demanding 3D games.

Pairing it with a dedicated graphics card will also help to get some strong performance because the integrated DirectX 11-compatible Radeon HD 8570D offers a mere 256 of the 384 shader cores of the Richland chip and a core clock of 844 MHz without Turbo support.

Pros: Excellent graphics if you play by the rules; has a power consumption of 100 Watts

Cons: It is a bit more expensive than some other models; The Dual Graphics trick doesn’t work with all games; can be a little tricky to find 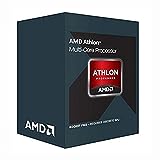 Pros: Good budget-friendly option; is good enough for most people who are gaming; FM2 and FM2+ socket compatibility; you can use this one to overclock; increase base frequency in comparison to other CPUs in this price range.

Cons: It does have a high consumption rate; can be extremely noisy when it gets to be too hot.

Pros: Budget friendly option that maximizes value for the price point; is good enough for most people who are gaming – even those who use 3D graphics; FM2 and FM2+ socket compatibility; you will have the ability to adjust the overclocking frequency; generally a good, even performance that you will not have to adjust frequently

Cons: There are some concerns that this one will not age as well as it should, but there is no proof that this is the case.

Pros: Extremely competitive pricing; has some good graphics cards; can be souped up a bit with other parts

Cons: It seems like it degrades in quality quickly; may not be worth some of the hassle

Cons: Seems to be a bit slower than competitors; more demanding titles struggle

How To Make Your Gaming Setup Look Better: Easy Steps To Take