The AMD Dual-Core Optimizer is a tool that some people use to improve video gaming performance, among other performance-related tasks. However, the primary use is to help with power management during long gaming sessions. 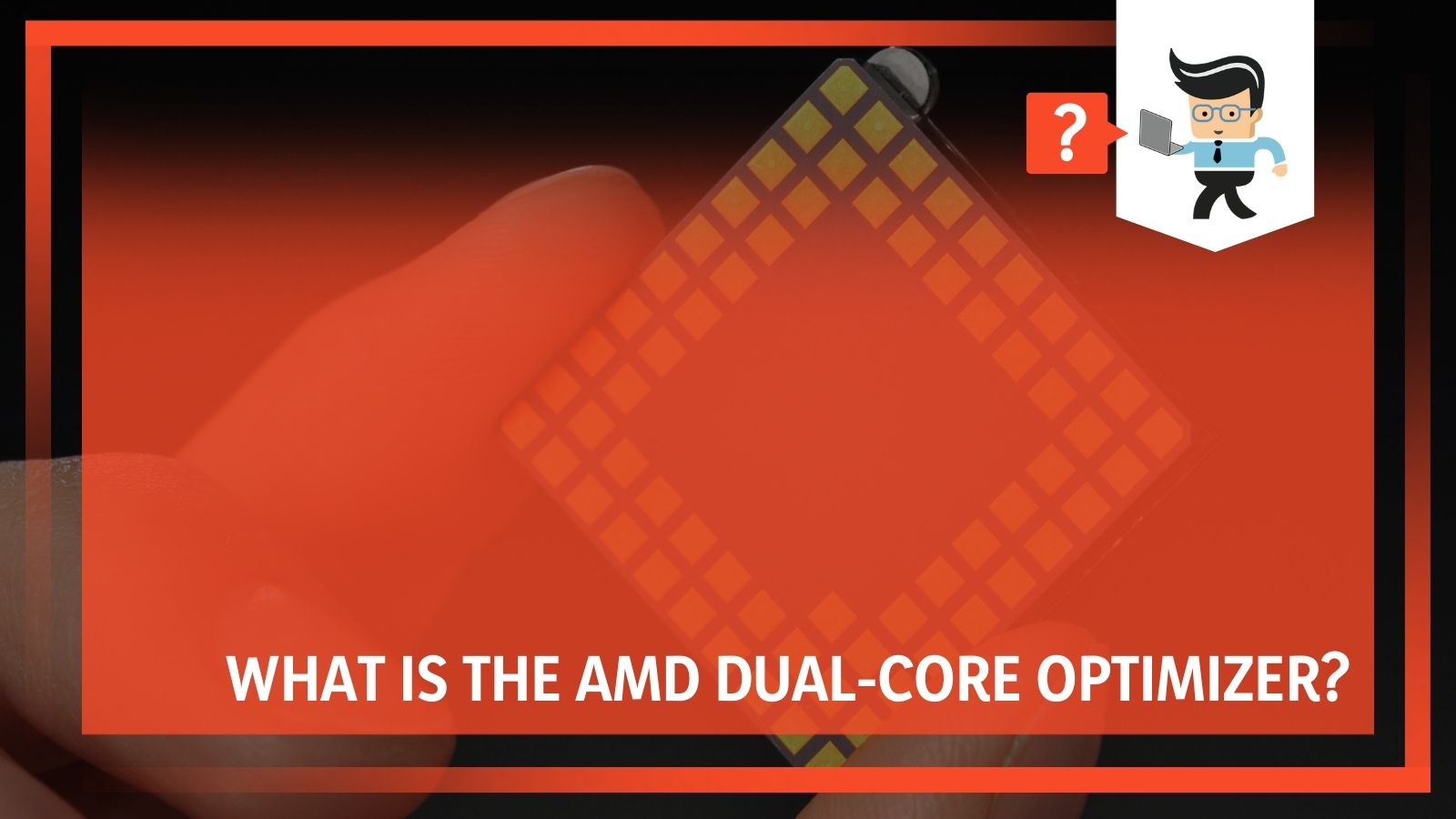 It is essential to know that you can install this software yourself, or specific games will install it for you as part of their setup. If you are playing a game that does this, it is essential to consider whether good gameplay is necessary. Games that don’t need the extra support won’t include this.

Even so, the AMD Dual-Core optimizer can cause some problems, particularly in older model computers, so you want to think about whether or not you need it.

Quick Facts You Should Know About AMD Dual-Core Optimizer

What is AMD Dual-Core Optimizer?

However, there is a catch, and that is that applications that do not use the RDTSC will not benefit from an AMD Dual-Core Optimizer. There will be no impact positively or negatively on the power management mechanisms when you install this.

The AMD Dual-Core Optimizer’s primary purpose is to correct video performance and incorrect timing that can hurt gameplay. The optimizer incrementally adjusts the time stamp counters in the core so that they are synchronized.

How Did AMD Dual-Core Optimizer Get On Your Computer?

Some people will get AMD Dual-Core Optimizer on their computers without even knowing they installed it. This situation is likely because you have installed software for another game that believes you need optimization for it to perform at higher levels. 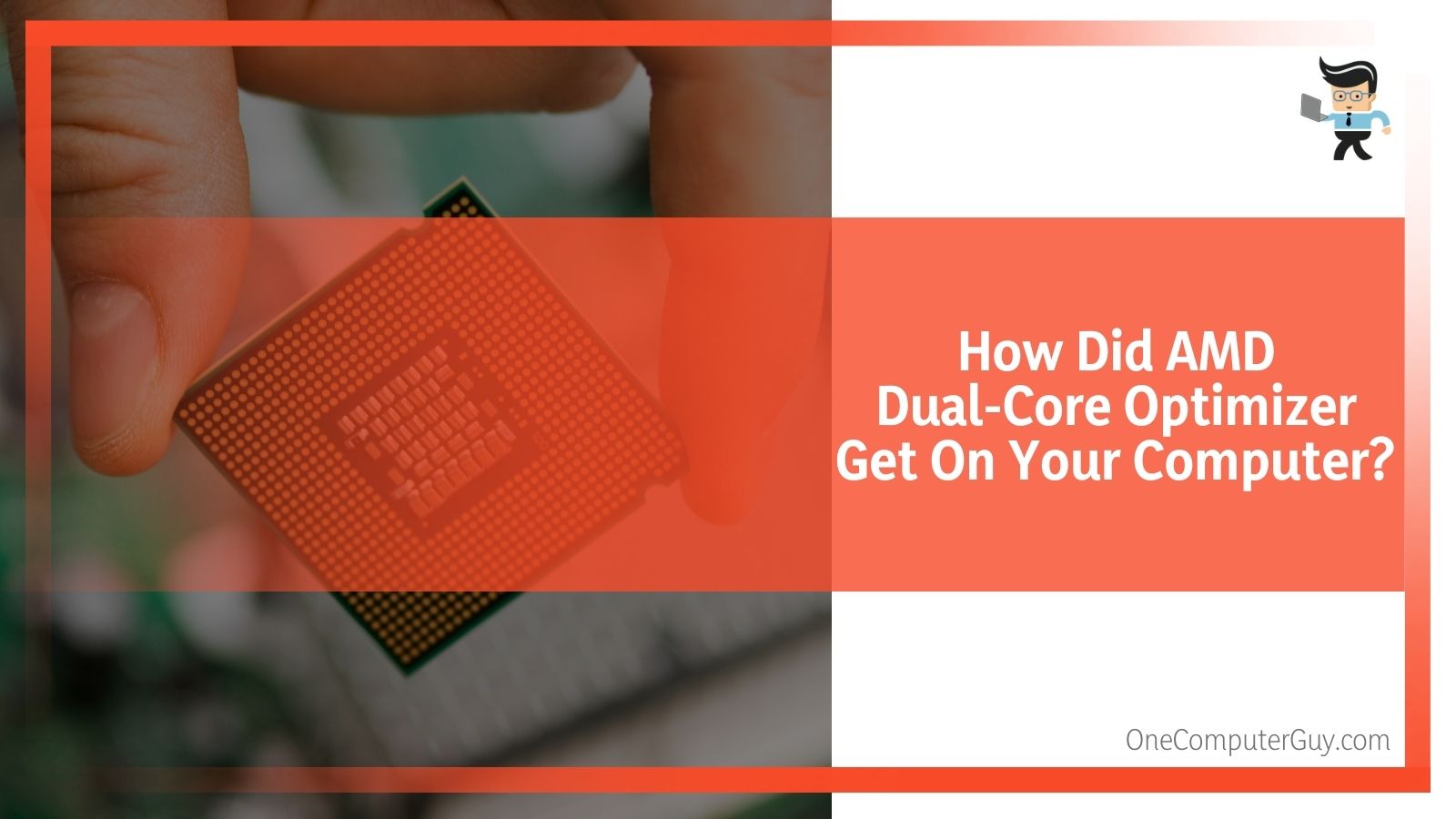 AMD Dual-Core Optimizer will work with any computer, even if you don’t have any AMD parts. It is most likely to “surprisingly” appear on Nvidia builds.

What Does The Dual-Core Optimizer Do?

The Dual-Core optimizer takes two CPU cores and helps them to function like they have one microprocessor chip. This process is a standard feature in modern computers, but not on computers that run Windows XP and Windows 7. It helps applications to run parallel to each other instead of multitasking on a single processor.

This technology allows applications to run multiple threads simultaneously, allowing the processor to reach full capacity. Other companies have tried to mimic this software, but they haven’t been able to get it quite right.

The History Of AMD Dual-Core Optimizer

The Dual-Core Optimizer isn’t a physical device. It is a software program that was developed by AMD (Advanced Micro Devices). The most commonly installed release, with nearly 98% of users having it, is 1.1.4.0169. It gets randomized updates but is a fairly stable application that doesn’t require many patches or fixes.

How Does AMD Dual-Core Optimizer Work?

AMD Dual-Core Optimizer starts when the user turns on the computer. The program creates a startup registration point within Windows to start as soon as the PC is booted. It appears as a scheduled task on the Windows Task Scheduler. This way, you can change when it runs to fit with your gameplay schedule. There is also a default schedule that will vary depending on the version installed on your computer.
The software connects to the internet, and it adds an exception to the Windows Firewall so that it doesn’t interfere or cause any pop-ups. At the same time, you are gaming (it is essential to accept this exception, or you will have interference when you play). 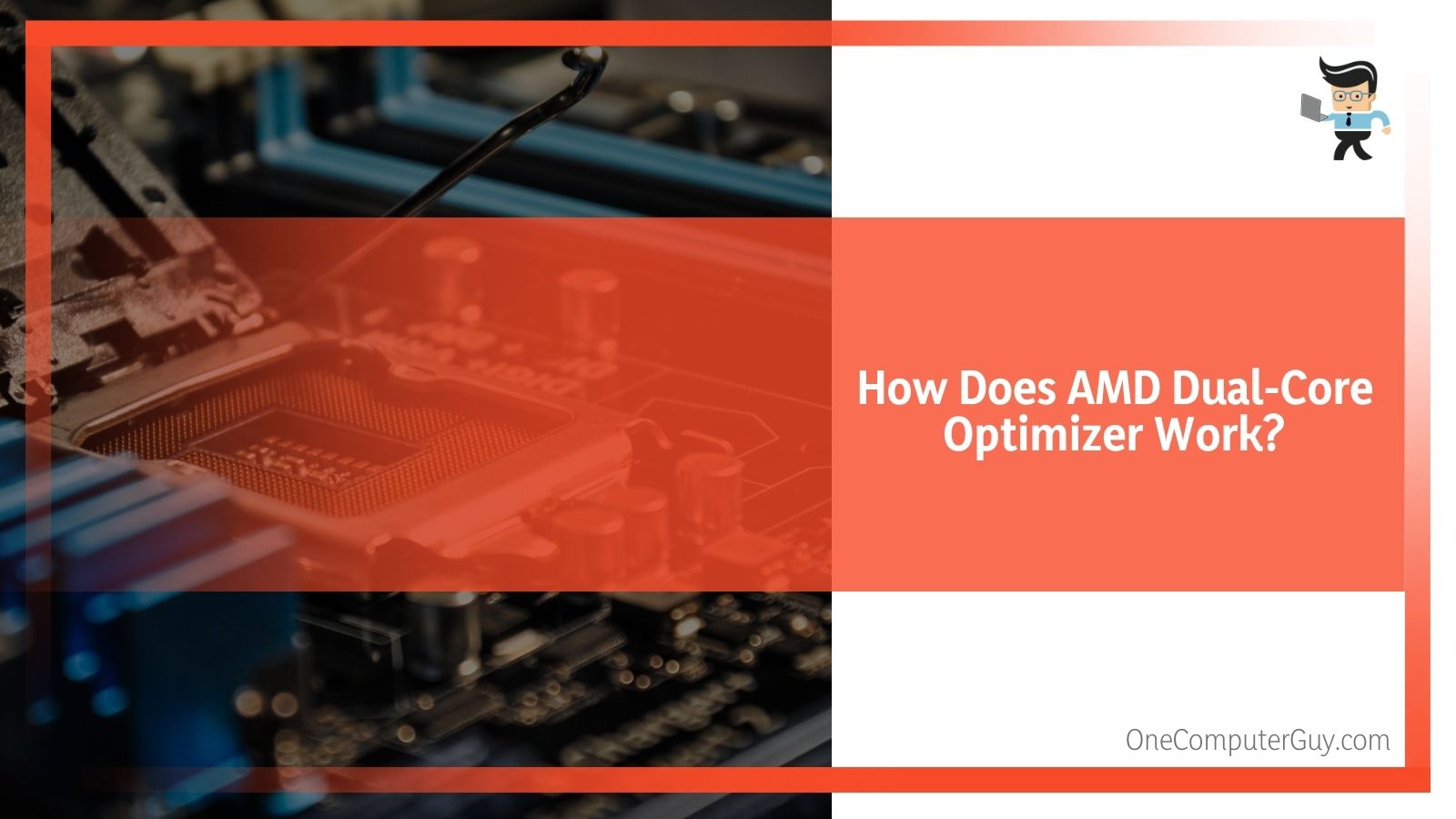 On your computer, you can find the primary executable under the name amd_dc_opt.exe. There are typically between 15 to 17 files within this file, and it usually comes in at just over 1 MB in size. Most users who get the most out of AMD Dual-Core

Optimizer will run it on Windows 7 or Windows 10. Over half of the users who have it installed come from the United States of America, but it is increasingly popular amongst German gamers and those from the United Kingdom.

What Applications Benefit From Dual-Core Optimization?

Is There A Multicore Optimizer?

Multicore refers to a system that has two or more cores on each chip. There aren’t any optimizers for multicore at the current time, though AMD has plans for it into the future.

Can I Remove The AMD Dual-Core Optimizer If I Don’t Like It?

If, for some reason, you want to remove the Dual-Core Optimizer from your computer altogether, you can do it in a few different ways. However, the easiest way to do it is to use the Add/Remove Program option on Windows Control Panel.

1. On your Start menu (for Windows 8, right-click the screen’s bottom-left corner), click on “Control Panel,” and then, under Programs, do one of the following:
a. Windows Vista, 7, or 8: Click “Uninstall a Program.”
b. Windows XP: Click “Add or Remove Programs.”
2. Once you’ve done this, find the program name (“Dual-Core Optimizer), click on it, and then you can choose one of two options to uninstall:
a. Windows Vista/7/8: Click on “Uninstall.”
b. Windows XP: Click on the “Remove” or “Change/Remove” tab (to the right of the program).
3. For whichever option you pick, there will be prompts that you need to follow. It doesn’t take long, but you can track your progress on the progress bar.
4. Restart your computer to ensure that the program has been completely uninstalled.
How Else To Improve Video Game Performance

We are all looking for a way to improve our video game performance, both on our own and our gaming rigs’ performance. It can be difficult as the games that come out continue to be more difficult and more advanced than ever before.

However, there are easy ways to improve video game performance, even without AMD Dual-Core Optimizer.
Keep Your Computer Clean. One of the most important things you can do is regularly clean your computer to keep it running smoothly. Computer hygiene means eliminating dust on the outside and inside of your computer. Use compressed air or an excellent cloth to remove dust from all areas of your computer, particularly your fans and cooling system.

Ensure You Update Regularly. Computers need to be updated, no matter what brand they are. You want to keep the device drivers up to date. Automatic updates are the best option for most people, but you can also manually install them. For better gaming performance, graphics drivers need the most attention.

Overclocking Is Always An Option. While this is a risky choice for beginners, you can try to overclock your computer. Just be sure to keep your eyes on the heat and power levels of your computer. You may also need to get an additional cooling system. 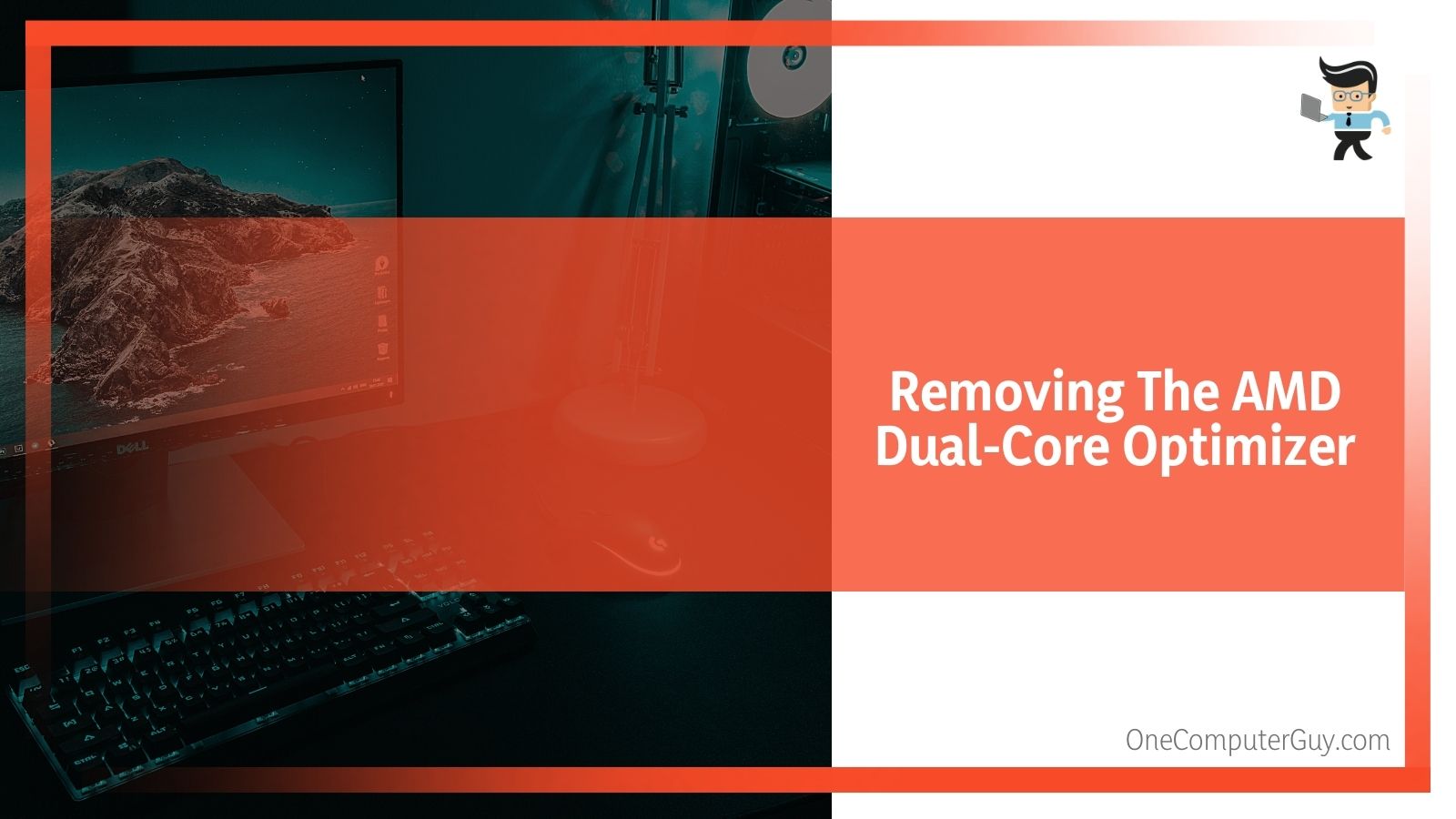 Adjust Your Computer’s Power Settings. Power management is a crucial part of gaming. Whether you have a PC or a laptop, you need to ensure that you aren’t overexerting your system. To adjust these settings, open Settings > System > Power and sleep > Additional power settings, then click on the “High Performance” option.

Close Background Applications. This is a basic tip, but it is a good one. Ensure that your other apps and programs are closed before you start to play. Double-check in your System Tray to see if anything is running in the background.

Upgrade To An SSD. SSDs are the fastest option for gaming, especially if you struggle with load times. Our experts agree that you should try to find an SSD with more than 250 GBs, but the bigger, the better. If you play a few different games, you will need the space. Even if you don’t, it is nice to have.

Upgrade Your Graphics Card. Another great option is to upgrade your graphics card. If you didn’t build your rig or went with a cheaper option and now impacting gameplay, you may want to upgrade as soon as possible.

Upgrade To A Desktop Computer. If you are still gaming on a laptop, you won’t get the type of performance that desktop users get. If you see yourself becoming a serious gamer, you may want to look into upgrading to a desktop computer or building your rig.

Improve Your Skills. Sometimes we blame our computers for lack of performance, but it is the operator’s issue. Remember that you aren’t always going to be proficient at every game you try, and problems with your computer can make problems even worse.

Conclusion: Is The AMD Dual-Core Optimizer Worth It?

The AMD Dual-Core Optimizer is a bit of outdated software that you don’t need unless you are playing games that are older (pre-2010 releases) or are still running on Windows XP.

You don’t need to install it yourself, as most games that need it will automatically install it. If you don’t play that game that it came with, we suggest deleting it from your computer, as it just becomes bloatware.