Why is my Xbox One so slow is a common question among people who have played and used their console for at least a year or so. There are various reasons that might be causing the problem and some of these reasons may not be what you expect. 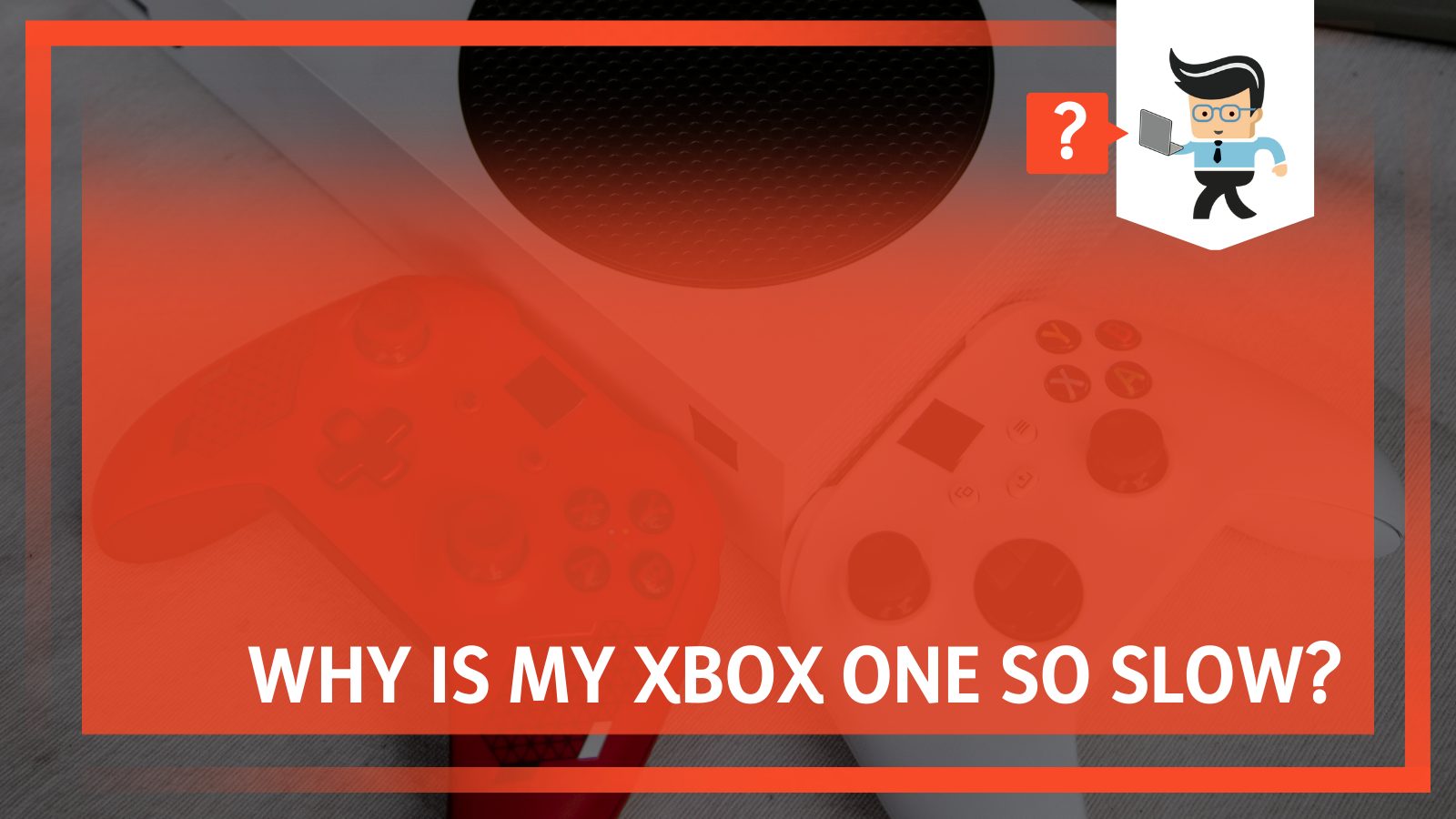 Consoles can get buggy and can become problematic if they are not taken care of. So in this guide, we will explain all the possible reasons behind a slow and lagging Xbox One and also the easiest fixes that you can perform without spending a dime on it.

Why Is Your Xbox One So Slow?

Your Xbox One is so slow is because of a choppy internet connection, so always test the network. In addition to the lagging internet, corrupted caches, heavy background applications, and lastly, filled-up storage can also make your Xbox One feel like a tortoise.

Whatever the reasons are behind your Xbox One being slow, we got you covered. We have created an extensive and well-informed list that will help you diagnose the problem and later use the fixes to get rid of them.

Xbox One has always been a go-to gaming console for game players as it has a lot to offer and a lot to look forward to. It has always been in the league with PlayStation and Wii consoles. There are also various modifications that you can do to personalize your experience.

With the added features and not to forget the plethora of high-end games that you can play on the Xbox One, it makes for a great gaming console or gift.

Here are the reasons behind a slow Xbox One:

A skipping connection can also cause the gameplay to lag and the objects to render more slowly than normal. 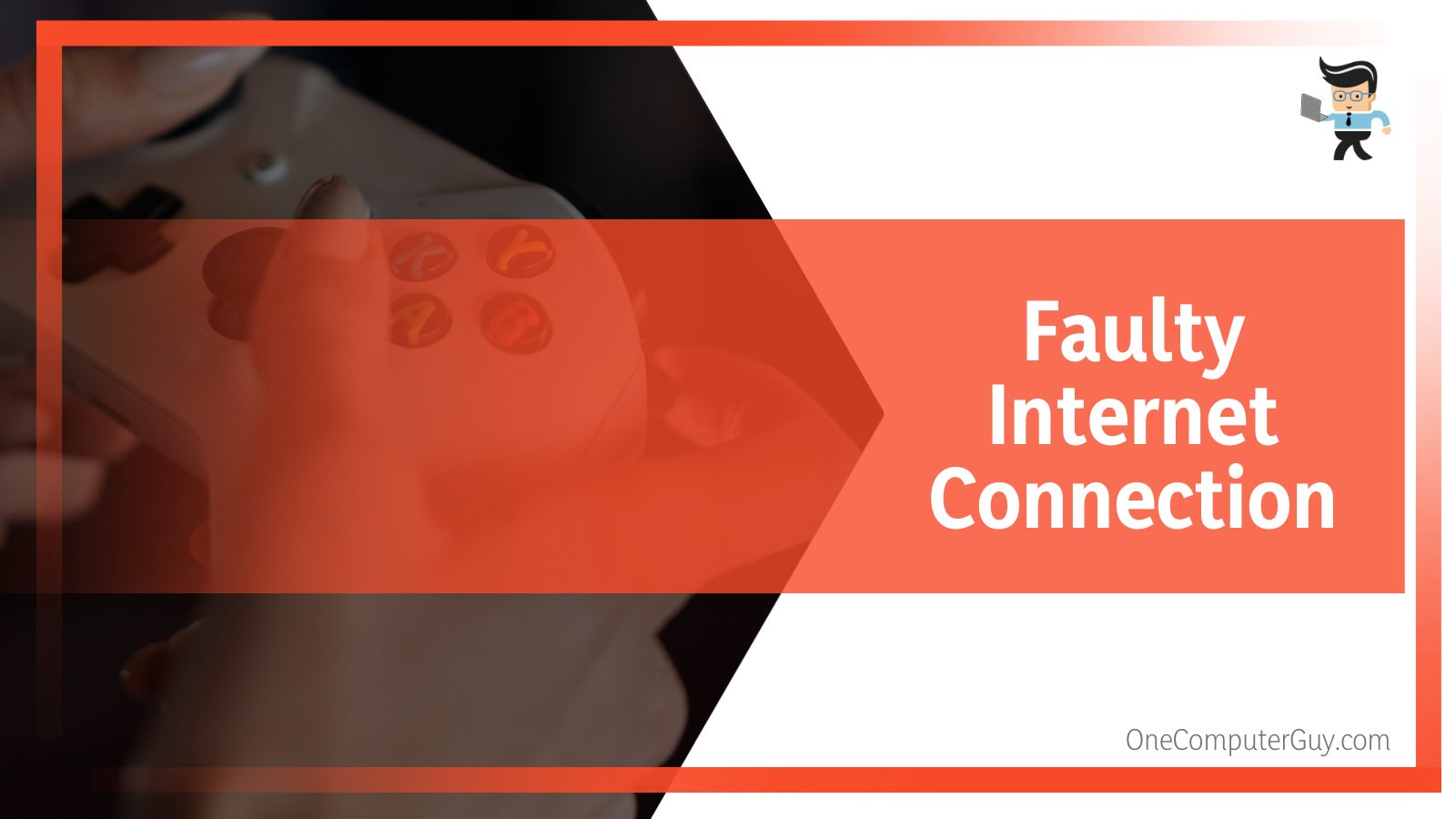 The best way to make sure that a faulty internet connection is a reason behind a slow Xbox One is to connect to different networks and check the performance. If the issue occurs only on your wifi and not others, then it is probably a problem related to your connection.

In case the issue is persistent on every connection, there might be other reasons behind the lag.

Whilst playing your favorite game, at times some other application is left running in the background. This app might be an update, a new heavy download, or simply the last game that you were playing.

In any case, let the updates perform their tasks because they will ensure a smoother and in most cases bug-free experience.

The cache stores files when you add or play any game to your console. It is a way for the console to work quickly while knowing where to start and what to do. Evidently, this cache can sometimes become a hoarder and store all the files while not deleting them.

This can put additional pressure on storage in the cache, which can be a reason behind a slow and lagging Xbox 1.

A simple way to find out if the cache is indeed filled up and needs cleaning is by checking it. The cache can be clear with no problem at all, but one thing that needs to be kept in mind is that you need to save all of your game’s progress before doing anything to the cache.

The last reason that your Xbox might be acting up and is slow is probably because of filled-up storage space. A single game can take up a three-digit memory, which can be a problem if you like to keep a lot of games and applications. 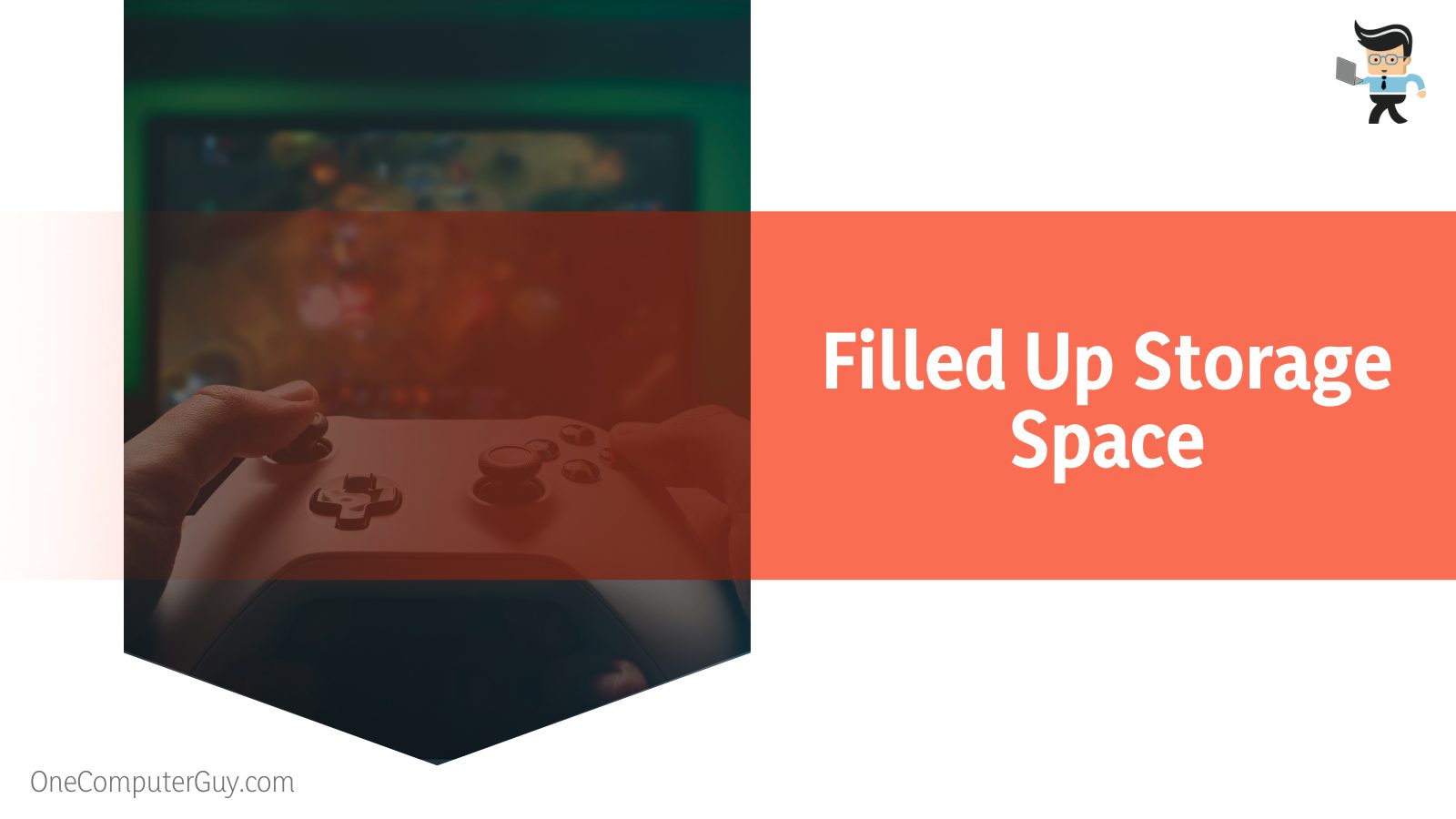 Even though the console has some reserved memory for proper working and updates, it is always advised to not fill the storage up to the brim.

This will only cause your device to cause more lag as it will be working under strain, trying to manage all the applications while running them, and all this with filled-up storage.

How To Resolve Your Slow Xbox One

To resolve your slow Xbox One, make sure that your internet connection is working at the finest level and that all the related cables and wires are fitted properly. This is the best and the most trusted way to solve the problem of a slow Xbox 1.

Performing one or all of these fixes will surely help your Xbox 1 to work to the maximum of its capacity. We highly suggest that you read and educate yourself about these fixes before attempting to do them so as to not mismanage or delete any valuable progress or data.

Other than that, these fixes are highly simple and straightforward and also do not require a single penny from your pocket.

Let us get into the fixes and read about each one of them in detail:

– Check Your Internet Connection and Cables 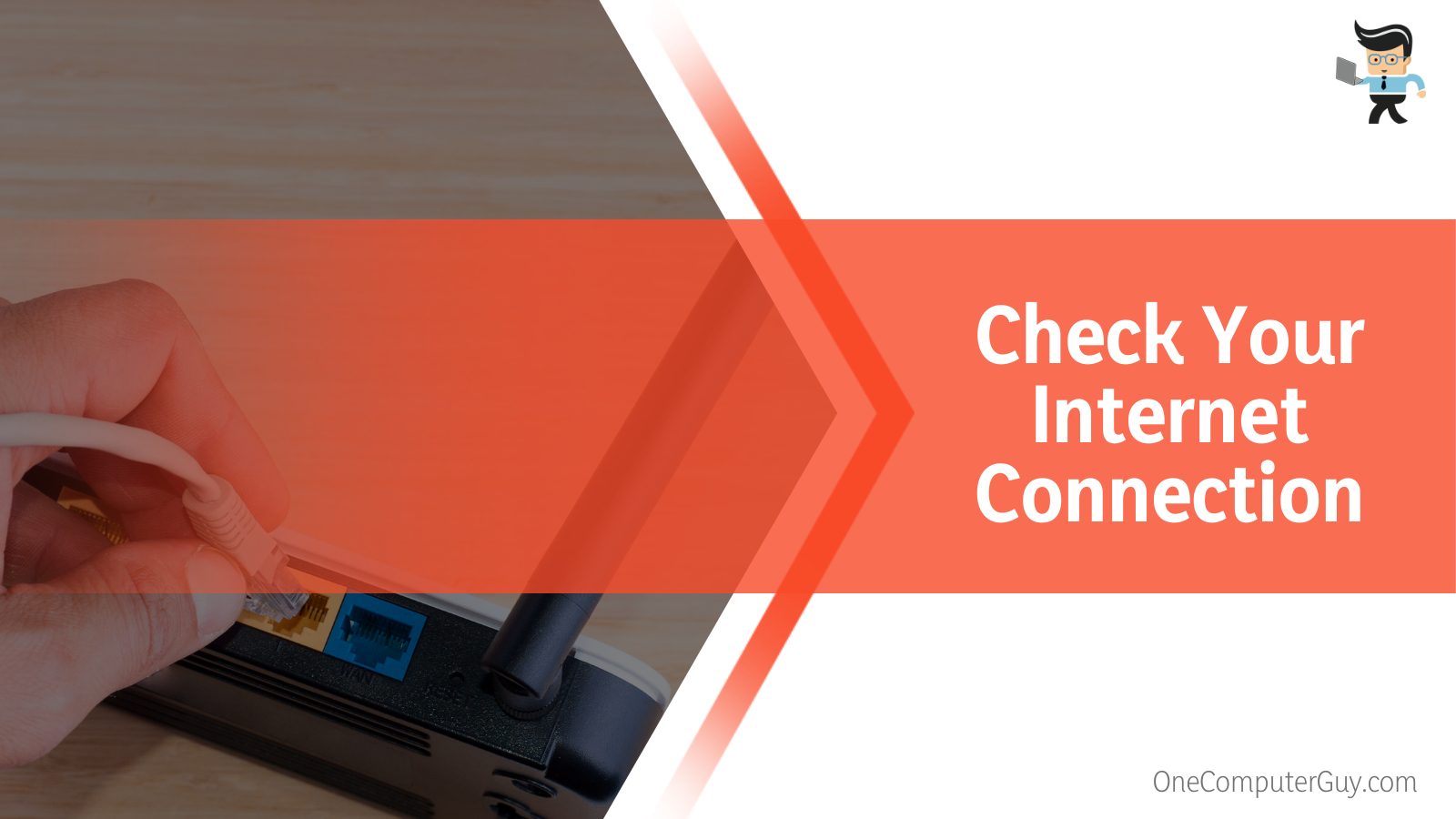 To make sure that your internet works fine, check the speed of the internet via any online speed checker, and make sure that all the wires that go out and in of the modem, the console, and the TV are stable and without any knots. Tightening the ethernet cable might also work in some cases.

Also make sure that if you are using a wired connection or the local network, it is at a time when there are not a whole lot of people online, like peak times, and using the internet at the same time because it will eventually slow your console and gameplay down.

– Get Rid of Background Active Applications

This is a fix that you should be doing regardless of a slow or fast Xbox 1. Simply turn off or clear any of the applications or games running in the background. This will ensure that there is no additional strain on your console and that the power of your console is only being used at one point — your gameplay.

We also recommend that while this is the way to play, by switching all the background processes, it is wise to let the updates and important tweakings do their work in the background. You can always play after the update because the update will ensure smooth and lag-free gameplay for sure.

– Clean Up the Cache

Like the fix before it, this should also regularly be done because it will generally help out with the working of your console. Cleaning a cache is very easy as all you need to do is unplug the console and wait for a minute or two before firing up the console again.

Before you perform this fix, make sure that all of your progress is saved and there is no current downloading or updates going on because if that is the case, then surely some errors might prompt while turning the console back on.

Reorganize, manage, restructure, and reorder your storage to make your Xbox 1 work a lot better and faster. Being a gamer, you will understand the struggle behind downloading a three-digit storage game that has multiple updates and countless renderings.

After all that work and then the actual game progress, no one wants to delete it because what if you want to play it next time? Because of this, the memory becomes clogged and with the new additions, there is no room left to breathe.

For this reason, make sure to clean and check your storage at least once a month. If you feel like you have a ton of data and can not get rid of anything, buy a portable hard drive to store the extra data. It will make your life simpler and you would not have to delete anything anymore.

– Will Cleaning My Xbox One Make It Faster?

Yes; deep cleaning your Xbox One with rubbing alcohol will make it clean and fast for sure. Using canned air to spray out all the dirt in the fan compartment will and should help in making it faster, but only if the fan was slowed down before.

However, cleaning and reorganizing the storage and the cache will surely help your console run a lot faster, and that too without any lag.

– Should You Use Xbox One With Wifi or 5G?

Yes; if you have a high-speed wired connection personally for your Xbox then we suggest you go ahead and use it for all your games and downloads. In case you do not have that luxury, opting for 5G will help you a lot. 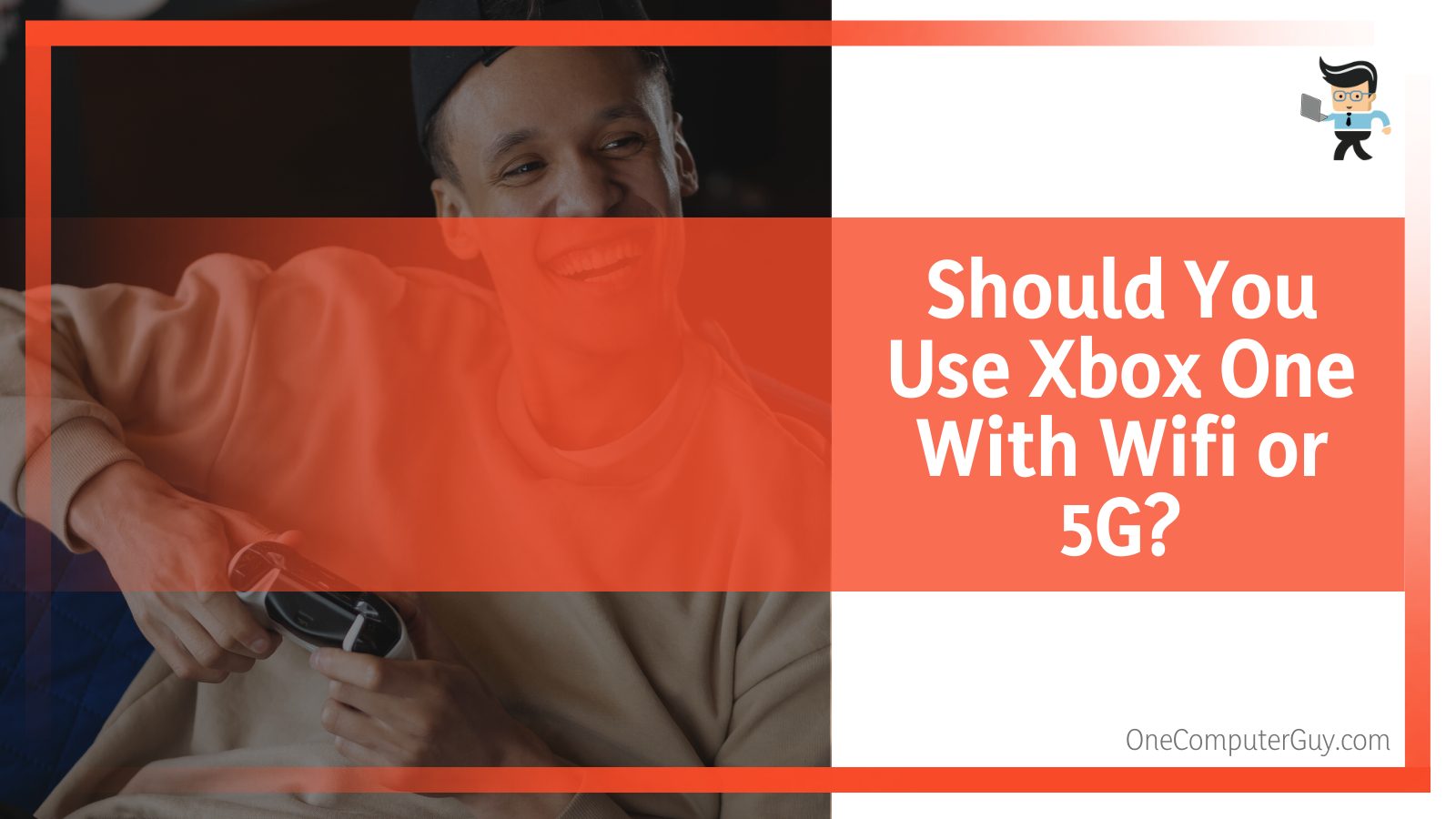 This will ensure that you have the highest speed of the internet that there is and it will surely help give you a smoother experience.

We have looked over all the possible reasons behind an Xbox 1 slowing down and lagging with all the possible and easy fixes for the problem. Xbox 1 was probably a revolutionary console for game playing that offered uncountable options for games and applications, so over time it may get a little slow but that is also solvable:

We hope that this guide was very informative and helpful for you. Make sure to always save your progress before you perform any setting changes to ensure that no data is otherwise lost. 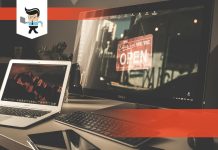