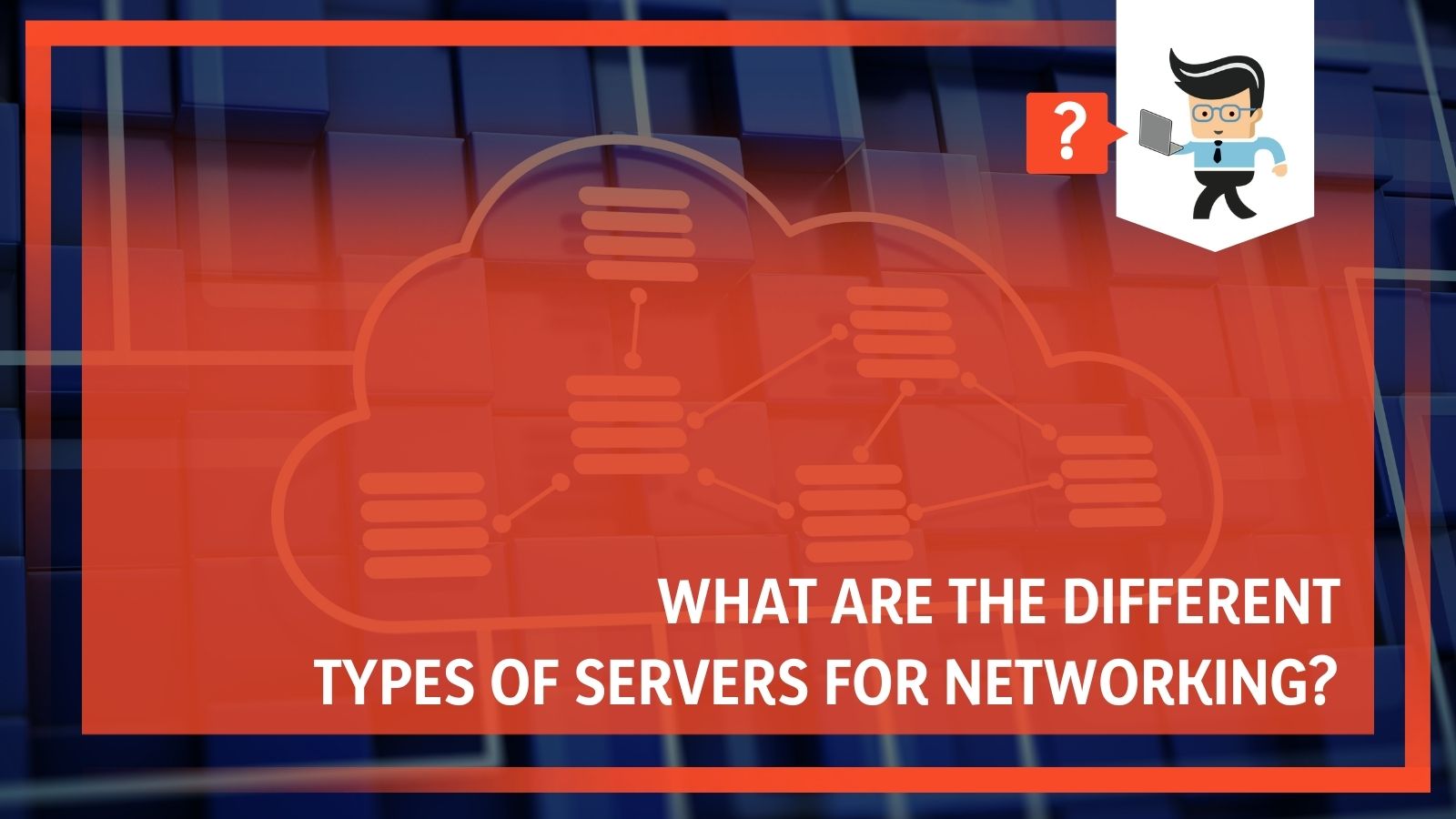 There are different server types for networking, computing, and other activities. Some of them have very similar names, so it can get a little confusing.

In this guide, our experts will break down the differences between servers types and help you understand why you might need each one. Remember that there are physical, virtual, and combination servers.

Web servers are used to power all of the websites you use to browse the internet. Websites and companies connect to servers so that they can post the information provided to them. Web designers and developers will build specifically to communicate with web servers.

If you try to go to a website and it won’t load, it is probably an issue with the web server. Servers are designed to take up as little room as possible on the computer, ensuring that there is enough space to power the different applications and operating systems. Web servers will just send information as they get it, but they won’t interpret that information.

Web servers have to obey the rules of the web in order to operate properly. Popular examples of web servers include Microsoft IIS, Nginx, and Apache, among others.

Database servers are typically part of a team of servers that need to accomplish a specific task. They usually store data in groups.

Businesses and companies that need to store a lot of information will have collections of database servers. There are quite a few ways to utilize these servers, including using something called theories. There are different types of theories, but the most common type is “SQL” or Structured Query Language.

Database servers are formatted and created by database programmers who use scripting languages to set everything up. The programmers will use other servers to connect to the database server. Once correctly sequences, all someone has to do is request data from this server, and it will give it.

Almost every website and application will have some kind of database server attached to it to remain light and fast while still providing information users request.

Database servers are sometimes susceptible to hackers, so it is important to keep them secured and protected against hackers that look for vulnerabilities.

Popular examples of database servers include MySQL, Oracle, Microsoft SQL, and MariaDB, among others.

Email servers are the type of servers that we use on a regular basis. Email servers run on Simple Mail Transfer Protocol or “SMTP.” Currently, there are newer protocols being used, but they aren’t common. 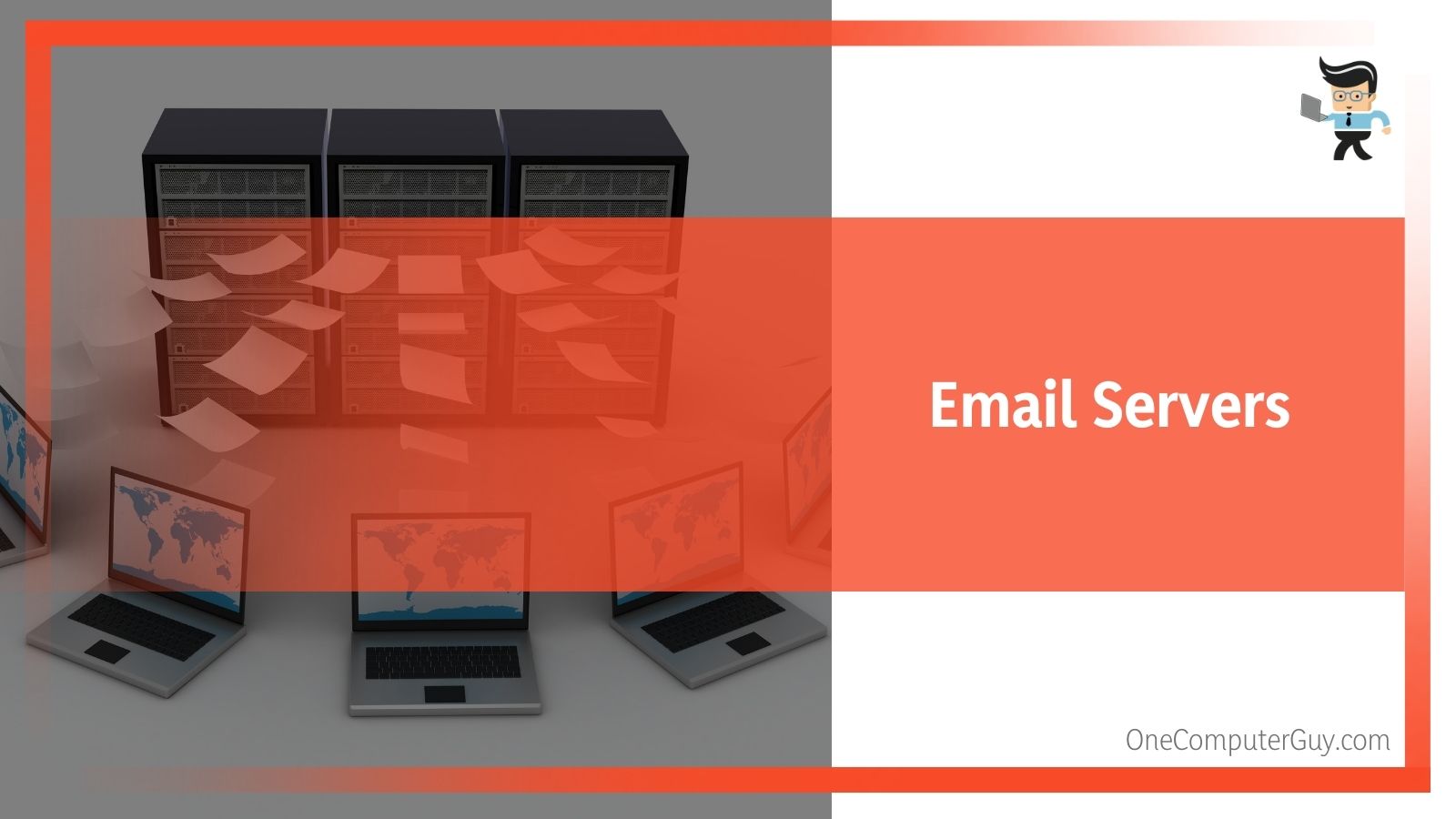 Email servers power all of the different email platforms that we use, from Google to Yahoo. These servers take in the emails from one client and then forward the data to the other server. This determines how fast emails go out. If you ever noticed a lag in your emails, it could be because of the transfer of data between email servers.

With emails, data gets simplified, so sometimes there is formatting lost in the email, which is why some emails are blurry. Increasingly, developers are pairing email servers and web servers together because of the massive amounts of data they are transferring. This helps to keep attachments in good quality and decreases delivery times.

Web proxy servers are more complicated than other types of servers because they do more and have many protocols. These servers will take in and note user requests, find the solution, and then act if necessary.

You will find these types of servers in workplaces, schools, and organizations where they need specific web filters.

This is because web traffic will all go through a singular IP address. Schools, for example, can ban certain websites despite who is logged into a computer or what computer is being used. Organizations can do the same thing, but this is less common. Instead, organizations will use a web proxy server to put all of a specific user’s traffic together so that it can be evaluated or reviewed at another time.

Another type of server that you probably already know about is the DNS server. A DNS server stands for “Domain Name Service” which is used to change domain names into their identifying IP addresses.

This server is what an internet browser will use when you type in a domain name, for example. When you hit “Enter” or “Go,” the DNS server will be contacted. It is helpful because otherwise, people would have to memorize IP addresses.

Most internet service providers (ISPs) will provide DNS servers to their users, but there is a cost to it. Businesses will have to pay more than a regular person, but there are ways to get these for free.

Now, some people who run businesses out of their homes or who just want more privacy can purchase their own, alternate DNS servers. These are usually available at a monthly fee.

It is important to note that DNS servers operate on a hierarchy, so more “important” domain names will load faster and get service faster than others. You can get higher in that hierarchy, but it takes some time. Usually, you can request to have your spot looked into, which can take a few weeks to change.

FTP servers, also known as “File Transfer Protocol Servers,” do exactly what their name says they do: hos a file exchange for users. It helps users to quickly, easily, and safely transfer files.

However, they do not use any type of encryption at the most basic level. (More advanced FTP servers will.) There are other secured versions like FTP, sFTP, SSH, and more. These allow people to sometimes send sensitive information over the internet.

This server also makes it possible for people to scan attachments they receive, usually in conjunction with either their webmail server or with their antivirus software.

File servers and FTP servers are often confused, but that is because one is used to informing the other. This server is more evolved and modernized because it has the capability to map out network files on a drive instead of just reading them. 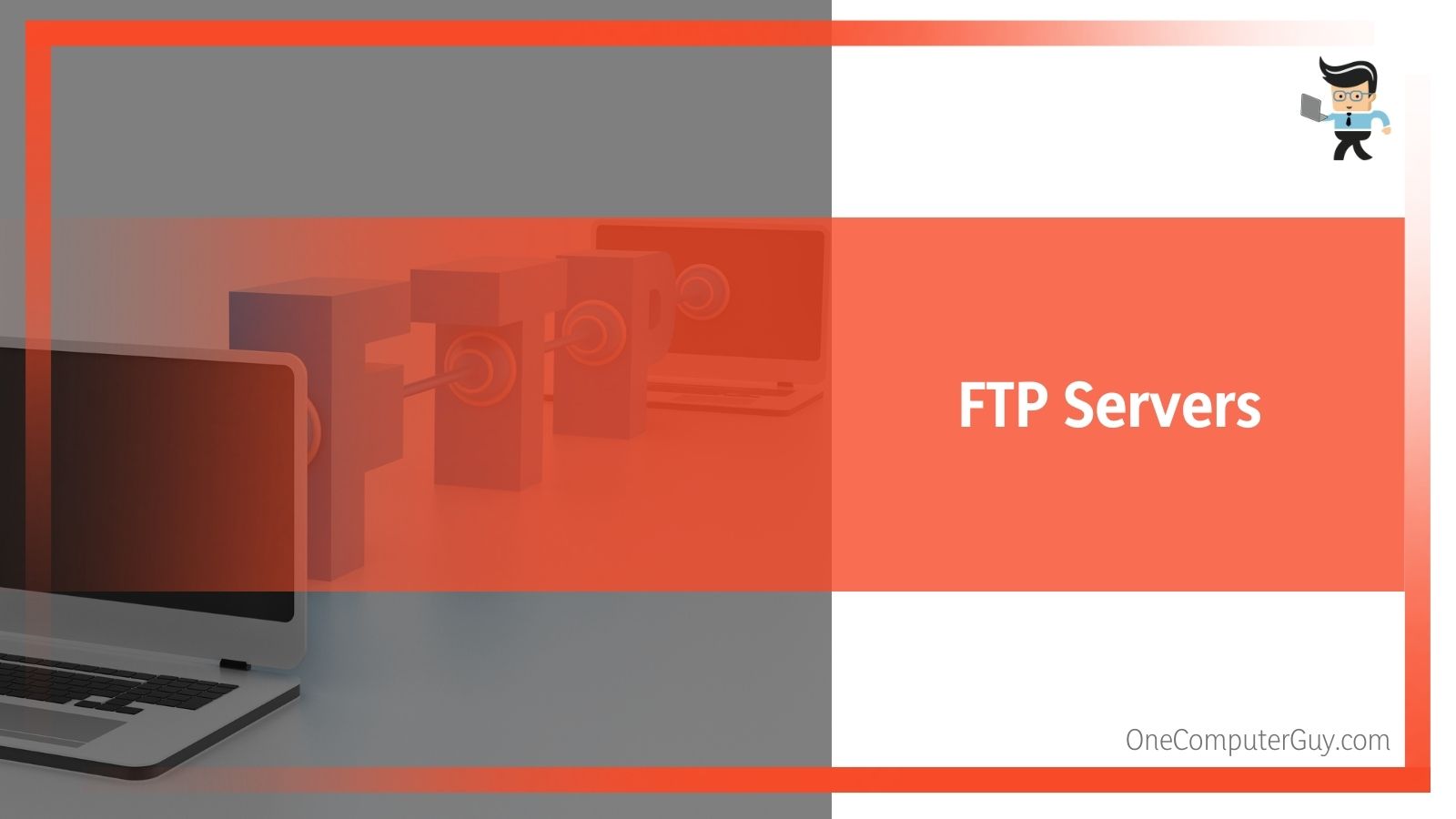 File servers can exist anywhere, but you will most frequently see them at the corporate level.

A more complicated type, DHCP servers (also known as Dynamic Host Communication Protocols), are used to configure settings (particularly network settings) in client computers. This is a rare type of network server to encounter, but it does happen.

DHCP servers save time because instead of having to manually configure a static IP address or other types of network settings for client computers in a larger system, the server allows an IT team to do this automatically and dynamically.

There are also a few different server networking platforms that you should know about when building your own computer system. The two primary ones are physical servers and virtual servers. The other option is to combine the two and create a sort of hybrid.

Physical servers are what most big corporations and companies will use to transmit data. They use a physical system of ports, transmitters, and electricity to send and receive data. They used to be so large that they’d take up entire rooms, but they are now much smaller than that.

A physical server is housed in a data center (usually some sort of closet or small room) in a location. There are also hosting companies that will serve a few different clients.

The only exception to that rule is companies that outsource all of their data to one specific company. They will own their own servers, but they won’t be found on location.

Most companies are undergoing something known as “Virtualization,” where they take each of the servers on their network and put them onto one specific physical server. This action eliminates complexity.

A virtual networking server is part of a physical server; it just acts online. Most servers that you will come into contact with are virtual servers. They can control the resources your computer uses, including RAM, CPU, and more storage options. 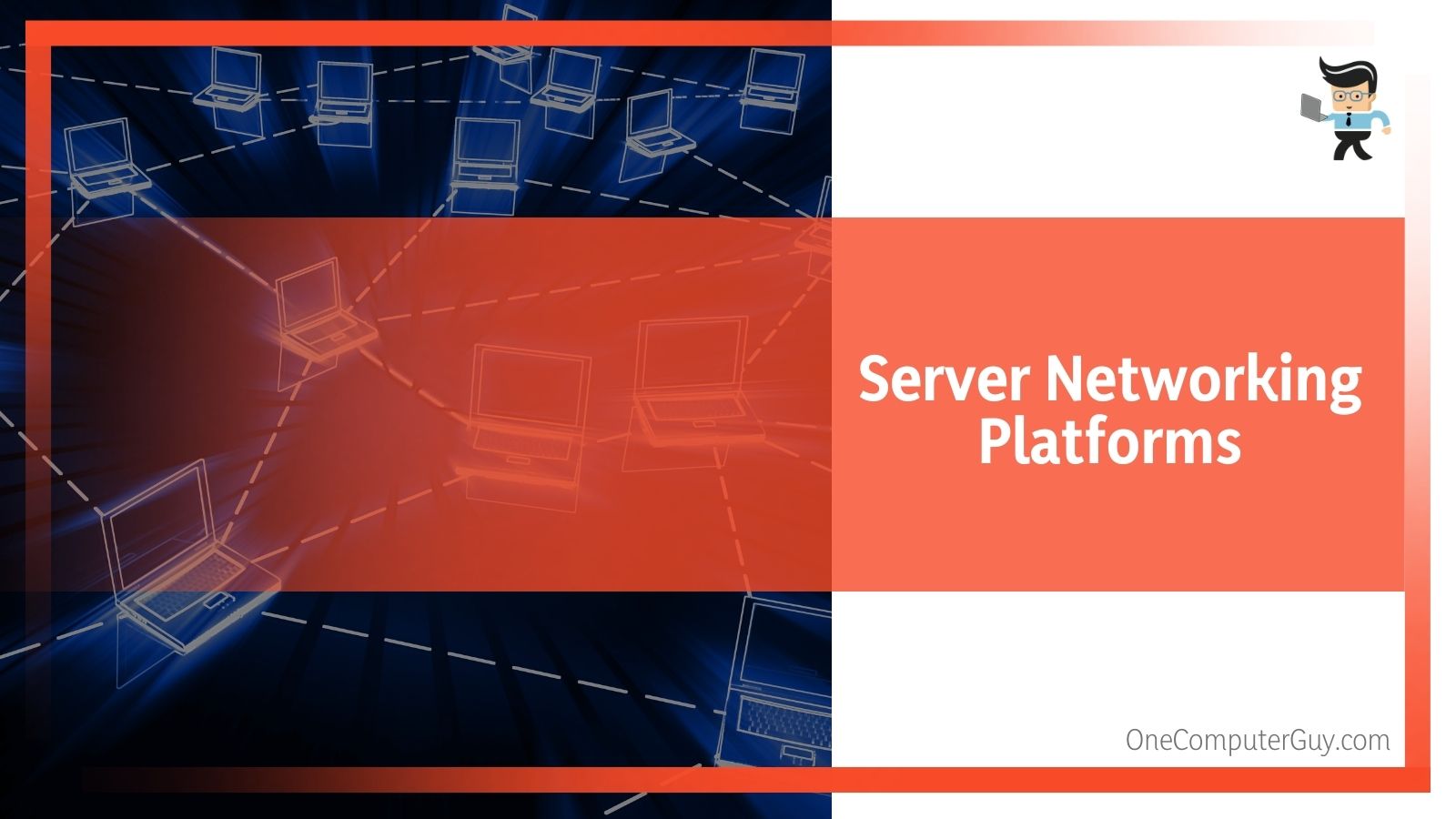 Hosting companies will own or rent the physical server and then sell parts for smaller companies and audiences. It is complicated for them but completely safe and easy for small businesses and independent contractors.

Why Do You Need a Server?

Most people won’t need to invest in their own servers. However, small businesses and enterprises do get specific benefits from having their own servers. If there are more than two or three computers at a business, a server can help with efficiency.

Servers help data and information transfer between two people. If you have teams working on the same project, then a server facilitates collaboration.

Keeping data on a centralized server will make everything more secure and reduce the need to make copies, send information, or repeat themselves. It can also help with a few other things that make a workplace more productive.

Lost work is a nightmare for most people. When a file is deleted or misplaced, the information needs to be easily recovered. A crashed server can be easily fixed and controlled, whereas crashed computers can set you back for days.

There’s a lot of lost time in a typical business, particularly surrounding connecting to peripherals like printers. With a server, it is just a few mouse clicks until something gets printed. CRM systems connected to the server will take control of information and make a business run smoothly.

If your business works remotely, servers can help with the management of work, employees, and systems. Server issues can be diagnosed remotely as well, and then the problem can usually be solved remotely. If you go to an outside source for your server, their team will usually do all of the work for you. 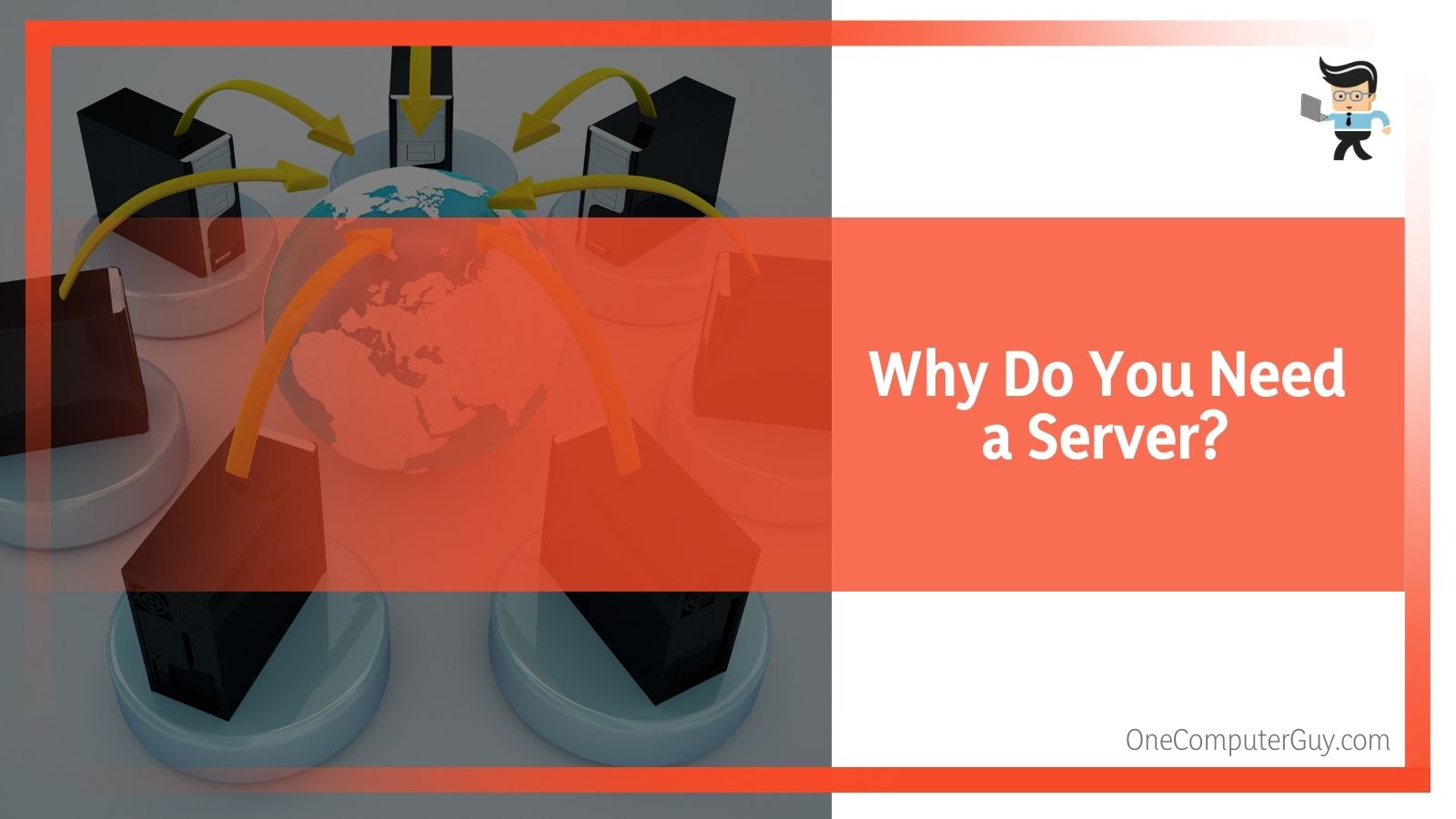 Safety and security are important when it comes to most businesses. If you are using remote workers or you handle personal information, you need to ensure that everything within your network is protected. A server adds another layer of security and another firewall to your network. Security breaches are less likely because you have passwords and shields in place to prevent hacks and data leaks.

In Conclusion: Different Types of Servers

Currently, the most common types of dedicated servers are for file, email, and web servers. Using a specific server will make things easier on everyone, ensure that resources go where they need to go and eliminate complexities.