Sihost exe is a legitimate Windows file that runs in the background. However, some viruses or malware mimic this computer’s system file, wreaking havoc on your PC.

In this article, we define the Sihost.exe file, explain how it differs from a virus, how to terminate it if it is a virus, and much more. So read on for more details.

Sihost.exe is an executable exe file belonging to the Shell Infrastructure Host process that comes with the Microsoft Windows Operating System from the Microsoft Windows OS software developer. The file works with ShellExperienceHost.exe to control the Windows Graphical User Interface (GUI), and it depends on the Microsoft Visual C++ Redistributable Packages used by Windows.

– Is sihost.exe a Virus or Malware?

The genuine sihost exe is a software component of Windows OS by Microsoft Corporation. A genuine sihost.exe parent process runs on your computer without causing any problems. Remember that it is an executable file that runs in the background. Apart from the above roles, this process is important in starting and launching the context menu and action center.

Furthermore, it handles specific aspects such as taskbar opacity or transparency, displaying applications in the Windows interface, and changing wallpaper.

The .exe extension in the sihost.exe file means that it is an executable file for the Windows OS, for instance, Windows XP, Windows 7, Windows 8, and Windows 10.

However, malware and viruses can camouflage or disguise themselves as sihost.exe file. Such files remain active in your PC system without letting you know their activities. To determine whether a sihost.exe file is safe to run or it is a virus, check its location first.

– How to Check sihost.exe Location

You can use two methods to determine the location of the sihost.exe file.

You can use Task Manager:

You can check whether this file is malicious by looking at its location in the directory. Here are the steps to follow:

Check the directory where the file is located. The file should be in the directory C:WindowsSystem32. If it is not, there is reason to worry because it could be a malicious file (malware/virus).

The basic information to have at hand when dealing with this file is:

The file size is approximately 66,048 bytes in almost half of the occurrences.

If the file is located in a subfolder of “C:Program Files”, its security rating is 81% dangerous. Here, the file size is approximately 309,040 bytes in nearly half of the instances. This file is not a Windows system; therefore, it has no description, and it has n visible window.

Keep in mind that Sihost.exe is digitally signed.

What To Do if Sihost Is a Virus?

If a Trojan or virus is hiding under the file, the best way is to remove the virus. If the file is corrupted, you’ll need to repair it. To keep your system away from viruses, adhere to the following measures:

Always update your Windows version (10/11) to the latest updates. The latest updates fix all vulnerabilities, making it secure against malware attacks. Security issues are identified in various parts of a Windows OS, including Internet Explorer, ActiveX, .NET Framework, or the main platform.

Even if you don’t run the software, it is risky not to patch it. You need these updates for sufficient protection, even when running antimalware or antivirus software.

An effective antivirus will help you stay ahead of malware. Also, ensure that it is up to date. A powerful antivirus must be able to offer the following:

Above all, never disable the firewall protection. If you suspect a virus is hiding under the sihost.exe file, consider running a powerful antimalware or antivirus on your PC. A powerful antivirus will capture and quarantine the malware or the virus. From here, you can delete it.

But it is important to scan your PC against malware and virus regularly. This way, you minimize the risk of the virus destroying your computer’s system.

Always buy your Windows OS from the Microsoft Corporation. While pirated/cracked Windows OS comes at a lower price, it lacks essential security features. Thus, it can make your PC vulnerable to viruses.

Note that most Windows updates are exclusive to customers with genuine Windows versions. The software offers real-time protection to address a genuine Windows-based PC’s ongoing security needs, helping to protect it from spyware, viruses, and other malicious threats.

So, you are putting your PC at risk with software from other sources.

Other safety tips include:

What Will Happen if sihost.exe Gets Corrupted?

A corrupted/defective Sihost.exe generally causes your system to slow down drastically. This is also accompanied by various error messages that you can receive if your file has errors:

– What Is the Unknown Hard Error?

This is a sihost.exe application error that disables the Start button rendering the system useless. This could be due to using the built-in Win10 “Guest” user account. The error has raised many questions since 2015 for Windows 10 users.

Sometimes, using “Ctrl+Alt+Del” to “Switch user” allows normal use under the main administrator account without fixing the Guest account.

The suggested solution to this error is deleting and reinstalling all Visual C++ Redistributable Packages through Windows Update. However, there’s no permanent fix by Microsoft.

Here is how to run the SFC:

SFC will check the integrity of all Windows system files. If it finds corrupted files in your computer, it will repair them. So, let the process run uninterrupted. When complete, reboot your computer.

What if Sihost Stops Working?

When you receive the error message that sihost.exe has stopped working, it might have crashed. The reason could be corrupted or missing files.

In some instances, you’ll be faced with a sihost.exe black screen. Use the methods above to fix it.

It is not normal for Sihost.exe to use an alarmingly high amount of CPU power. When you notice that the process is using CPU resources inconsistently, there is a problem. Ordinarily, this process uses little to no memory.

You simply solve this issue by getting rid of the slideshow backgrounds as a whole. When the background changes to a different image, the Windows Shell Experience Host makes visual changes — this can take up a lot of memory.

Here is how you can stop it: Windows + I to launch Settings> Personalization>Background> Picture or Solid color.

Or you can update Windows 10, but this should be the last method to apply. Follow the procedure below:

Other options you can try to include:

How Can You Uninstall Sihost.exe?

You can easily remove sihost exe from your computer, whether Sihost.exe windows 11 or 10, especially when the hard drive error persists.

If the sihost.exe begins to misbehave on your computer, you may choose to system restore. This will remove all recently installed programs. If among those programs there was a problematic one, then the issue is solved.

Sihost.exe is an important file on your computer. If you are wondering what it is all about, check this:

Hopefully, you know how this file works and how to deal with it when infected with malware. When you see it on your PC, don’t be alarmed. Just follow this guide.

What Is Wimfltr V2 Extractor Windows Process: Its Role in a PC?

What Is Textinputhost Exe: Understanding the Purpose of the File

What Is Spreview in Microsoft: Answer From Windows Professionals 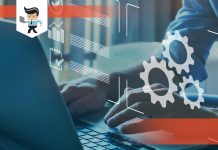 Windows 10 Update Stuck at 57 Percent: What to Do When It Happens?