RAM slots are found in pairs on the motherboard. Depending on whether you have a desktop or a laptop these slots will look different. 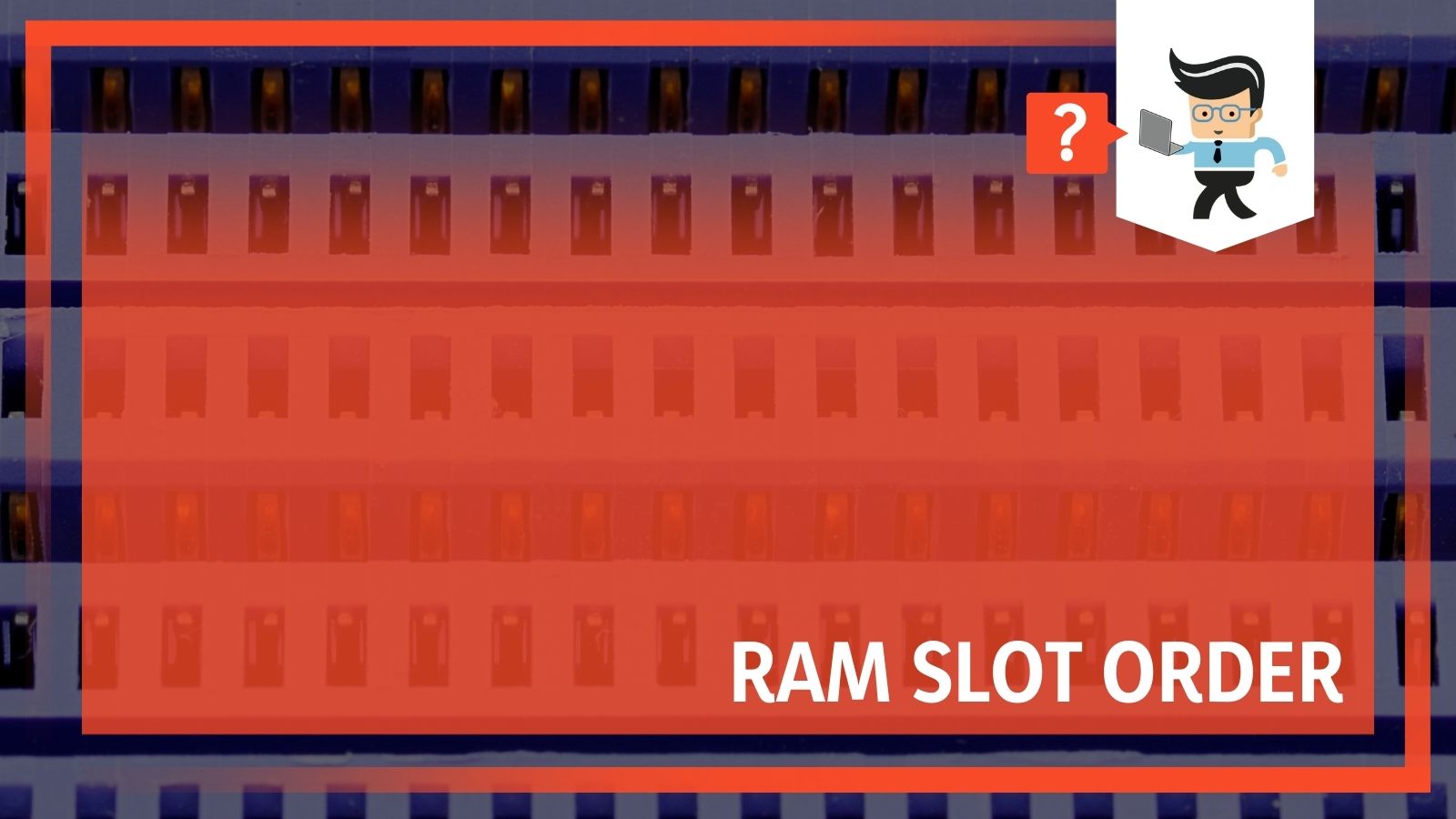 Read on to learn about the types of RAM slots and how to install or replace your RAM for better performance.

RAM slots on a motherboard come in sets, and it is important to make sure you install RAM in sequence corresponding to these sockets.

The RAM fits into long channels on the motherboard in sets of two, three or four. If you have a quad channel motherboard, that is a motherboard capable of supporting four memory cards, make sure you install the RAM in corresponding pairs.

The RAM slots will be color coded to indicate which RAM pairs go together. These pairs are usually 1 & 3 or 2 & 4.

Make sure the RAM you install is the same (same type, same capacity, same chip) across the pairs, or in the case of a triple channel motherboard, across all three slots. Modern motherboards all come with a feature called “Interleaving” which will bring down the performance of all RAM to the slowest RAM on the board.

This is particularly important if you have one of the motherboards mentioned earlier where it has slots for DDR3 and DDR4 memory. If you use all four slots, your computer will run as if all the slots have DDR3 memory installed and will not make use of the performance of the DDR4 sticks.

RAM Slots on a Mac

The only iMac currently on the market with user-serviceable RAM is the 27 inch model. The 21.5 inch version of the iMac has the RAM soldered to the motherboard. When you purchase the 21.5 inch iMac you have to configure it at purchase with the amount of RAM you want.

You will not be able to upgrade the RAM later without specialized equipment and voiding your warranty.

To get to the RAM slots on an iMac, all you have to do is unplug the power cable and press a switch underneath it to open an access panel and get to the RAM inside.

Regardless of the fact that the 27” version of the iMac does not solder the RAM down and you are able to replace it, if you do not install RAM approved by Apple you could still void the warranty on your iMac.

RAM Slots on a PC

If you have a PC, you will find the RAM slots on your motherboard near the CPU. There will be two, three, or four slots where you could install RAM. 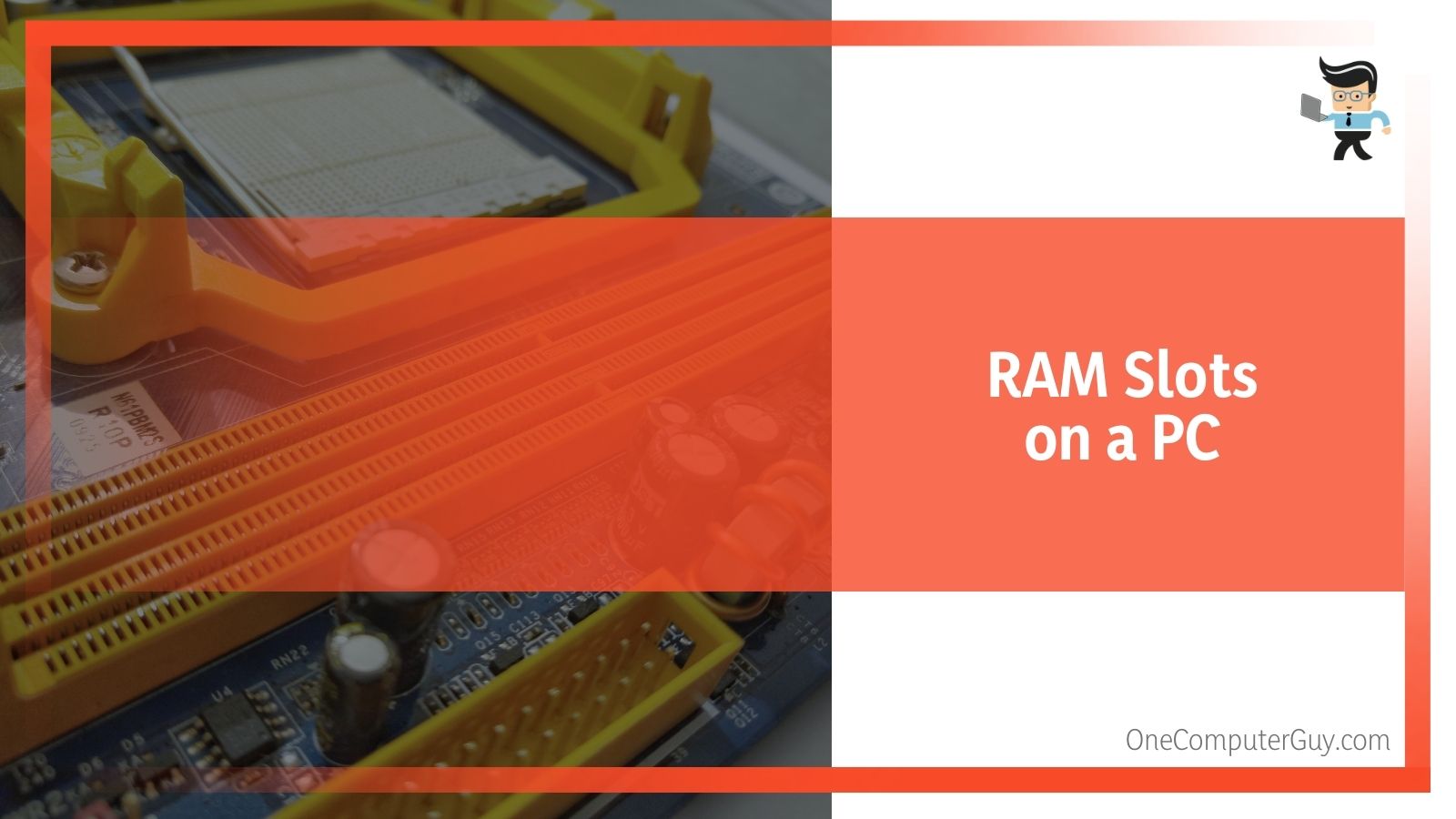 RAM Slots on a Laptop

RAM slots on a laptop are significantly different than on a desktop PC. Because the form factor of a laptop precludes the desktop orientation where the memory is perpendicular to the motherboard, the RAM slides into slots that allow it to be parallel to the motherboard once installed.

The limited space inside a laptop case also means laptop RAM is significantly smaller in size than desktop ram, usually the cards are less than half as long as RAM for a desktop PC.

Mac laptops will have RAM in a similar configuration as a non-Apple laptop, however not all Macbooks have the ability for a consumer to upgrade their own RAM, or replace it if something goes wrong.

As with an iMac, just because you can replace the RAM and it isn’t soldered down, you can still void the warranty on your Macbook by replacing the RAM installed when it was built with RAM that is not approved by Apple.

Installing RAM on a PC

The steps to install a RAM card in a PC are as follows:

Preparation of Computer and Workspace:

Before you can install your RAM cards on your (powered off, unplugged) PC, you have to open the clips at the sides of the slots. These are white or colored tabs on either side of the RAM slot. Push down gently, but firmly, to open the clips. 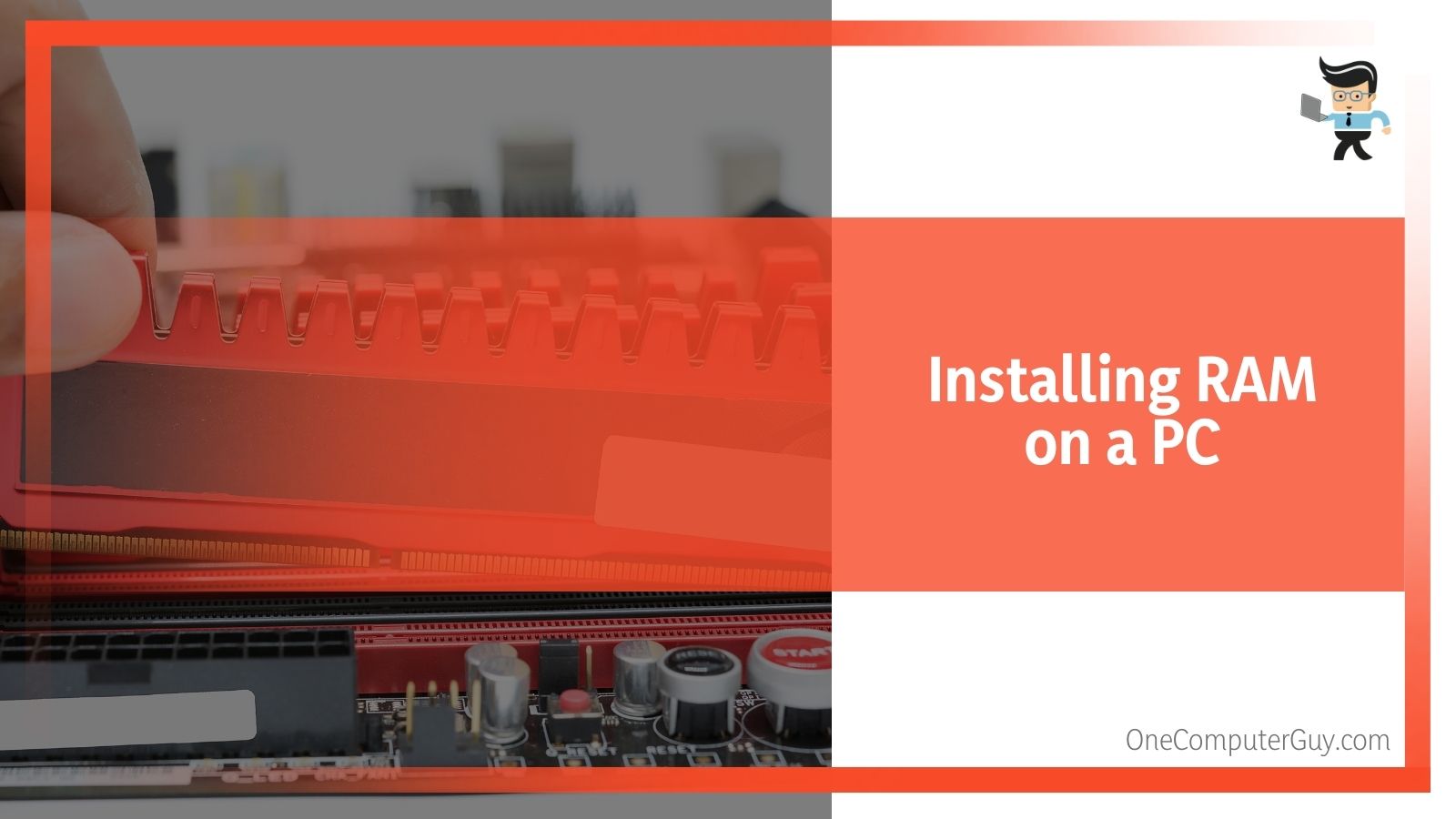 Place one thumb on each end of the RAM card and press down gently but firmly. One end of the card will snap in before the other.

When the RAM card is locked in the slot, both the clasps on the RAM slot will snap into the “up” position again.

Some things to remember when installing desktop RAM:

Installing RAM on a laptop

The steps to install RAM on a laptop are as follows:

Preparation of computer and workspace:

The memory slots on a laptop are much smaller than on a desktop, and you can generally find them by locating the green rectangles.

Slide the RAM card in at an angle to the bottom of the laptop, most laptop memory is installed at an angle of approximately thirty degrees.

When the RAM is settled into the slot, push down on the outer edge of the RAM card until it clicks and is flush with the rest of the laptop chassis.

Some things to remember when installing laptop RAM:

DDR3 and DDR4 are the two main types of RAM encountered by the average consumer. DDR3 was used up until the Intel sixth and seventh generation processors, and all modern processors produced after 2017 require DDR4 memory.

You cannot put DDR3 in a DDR4 RAM slot, so if you are buying a newer processor, such as an eighth or ninth generation Intel, or an AMD Ryzen processor, you will need to purchase DDR4 RAM to go with it.

Dual channel RAM slots are a common RAM configuration on commercially available motherboards. This allows you to double the available bandwidth between the memory and the central processing unit.

If you have two sticks of 8 GB memory, your computer will have the same available memory as a computer running a single stick of 16 GB memory, but will be able to access it faster. 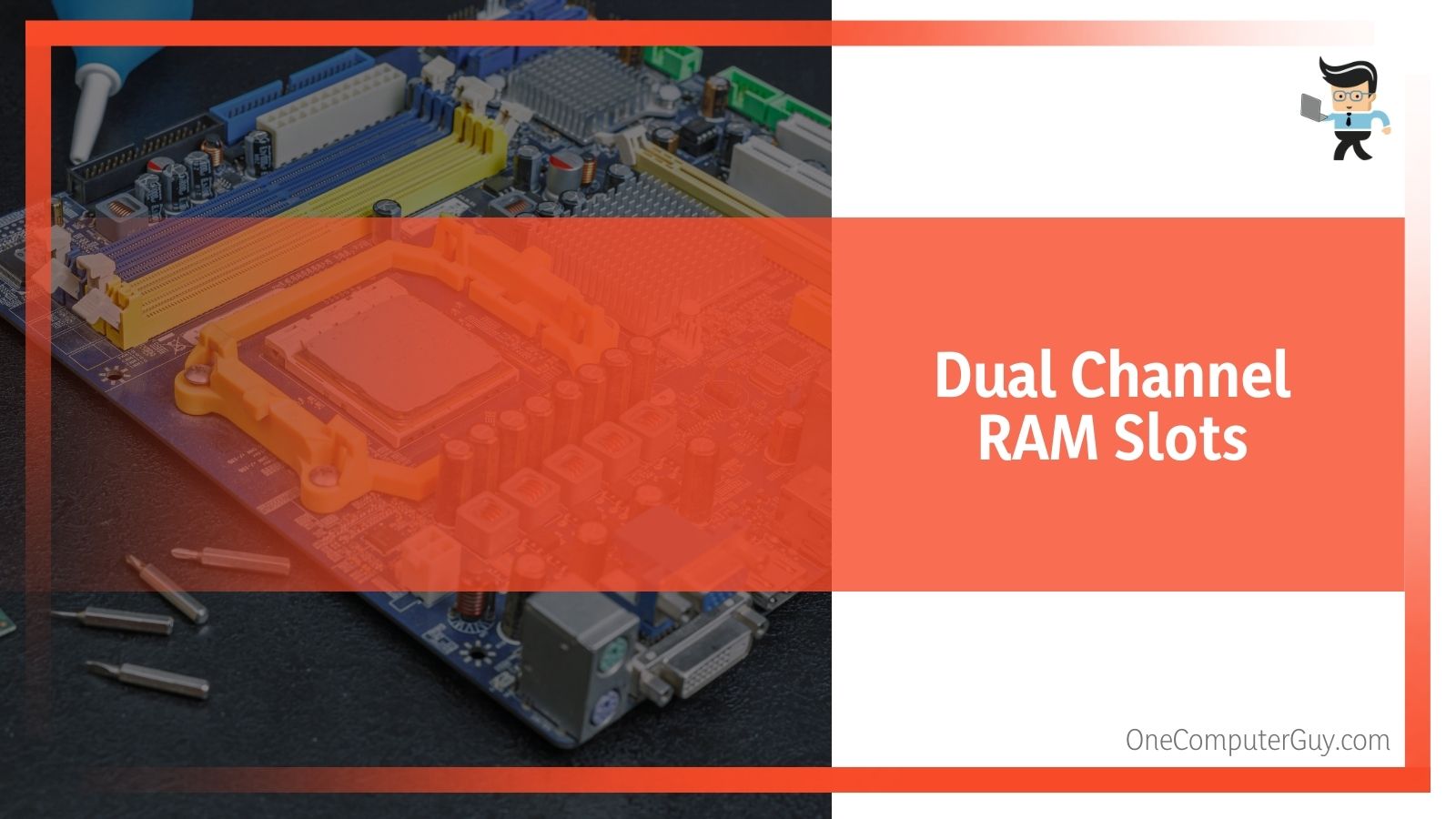 RAM slots on an iMac and a desktop PC will be similar in appearance and function. They are long straight channels accessed by opening up the back of the computer.

However, Apple’s proprietary nature means that unless you are sure you know what you are doing, you shouldn’t try to replace the memory in your machine. Sometimes Apple’s memory is soldered into the computer and cannot be removed without special equipment. Sometimes even replaceable RAM will void the Apple warranty.

All computers have RAM slots, and if you follow the instructions to install and replace RAM, then you can boost your computer’s performance without having to spend a lot of extra money.