512gb of RAM packs quite a punch when compared to other sizes of computer or server storage. It allows the user, or users on a server, to run a ton of processes all at the same time since RAM is basically the short-term memory of a computer. Here you’ll find all you need to know about what RAM does, and how to install 512gb of RAM into a computer or server when needed.

If you are new to the world of computers, you might be wondering what exactly RAM does for a computer. Let’s start with the basics. There are two different types of memory in a computer: RAM (random access memory) and hard drive memory.

Your hard drive contains any files or programs you have downloaded and is responsible for storing any apps or components that are used every day. Meanwhile, your RAM is responsible for short-term tasks like opening programs, how many programs can be open at once, and generally how fast your computer can do these tasks.

When computers first came out RAM speed was slow because computer engineers were still figuring out how to make it most efficient (if you used a computer 20 years ago you remember how painfully long it took to open a program), but now computer processes have been streamlined. The amount of RAM has gone up exponentially, and things that once took minutes now take seconds. In most cases, RAM comes in the form of a stick with smaller computer chips in it.

The first thing you will notice is that there are a ton of different shortened names for the kinds of RAM that are out there.

What do all of them mean?

It is easy to get confused by all of the shorthand, but there are a few terms that should help to make things a bit simpler to understand.

DIMM stands for Dual In-Line Memory Module, and it is basically the stick compartment where the RAM chips are stored. Physically, DIMMs look like a circuit board with small tabs on the ends. These tabs have pins on them that connect the actual RAM chips to the computer or server so that data can be exchanged between the RAM and the device.

Each generation of DIMMs have come with different amounts of pins depending on how old or new they are. More pins = more data being transferred, and newer generations are not compatible with earlier generations. Also, desktop PCs tend to use DIMMs while laptops tend to use SODIMMs (Small-Outline Dual In-Line Memory Module, so basically a smaller version of the same thing).

It is crucial that you know what type of RAM you have if you want to replace it, or what you want for your computer or server if you are going to build it yourself!

DDR RAM is short for Double Data Rate Random Access Memory. DDR RAM is a type of DIMM that, at the time of release, was twice as fast as the generation before it. This means that the fourth generation (DDR4) is the most current. DDR4 RAM has the most connections (288) and highest rate of data exchange that a stick of RAM has ever had.

Since DDR4 is a type of DIMM, it is smart to make sure your computer or server is already configured for that type of RAM before attempting to install it. Read on to find out the easiest way to do this.

Since RAM comes in a long stick that finds its home on your motherboard, it is wise to know what type of RAM to get when building a computer. There is also the question of whether or not there is enough space left since there are usually only four available RAM slots to interchange between.

If you are replacing a RAM stick, there are easy ways to find out what kind of RAM you already have:

Once you have figured out what type of RAM you need, it’s easy to track these pieces down and install them yourself. Just be sure that if you are building or upgrading your own computer that you ground yourself often since static electricity can cause serious damage to unprotected electronic hardware.

With how current computer sticks of RAM are set up, it is possible to have 512gb of RAM in your computer – but only with four 128gb sticks. Unfortunately, 128gb is the highest amount of RAM available in a single stick for computers right now. However, Intel recently released memory sticks for servers that range up to 512gb per stick. If building a server is what you desire, read on to see the following options for server memory.

As a guideline, servers are not normally for home-usage. Servers usually come into play for types of work that are data-intensive or a network where many people are accessing the internet or data storage all at once. A computer lab is a good example of somewhere that would benefit from a server.

Intel’s latest Optane DC Persistent Memory sticks are innovative when it comes to RAM. These sticks come in three capacities: 128gb, 256gb and 512gb depending on how fast of a server you want to build. Remember, the high end of memory on a single stick was 128gb, so 512gb is a massive improvement. This means that up to 3tb of memory can be accessed for each processor in the server. These sticks are also designed to be affordable. There might need to be a general upgrade in hardware before installing them, but it might be worth it if you have a ton of data that needs to be processed.

However, on the occasion that you are not looking to make something quite that fast or expensive, there are normal RAM memory sticks that range from 1gb all the way to 128gb. For a server with a single processor, there are 12 possible memory slots, and this amount doubles if you have a server with a dual processor.

That being said, the amount of combinations with different RAM sticks to make a 512gb server are virtually endless. Just be sure that if you are building or upgrading your own server unit that you ground yourself often, since static electricity can cause serious damage to unprotected electronic hardware.

There are many options for how to upgrade your RAM for your computer or server. The most important thing is figuring out what to get that will be compatible with what you currently have, or what you want if you are building something new. There are quite a few options even when replacing existing RAM especially as far as storage sizes and reaching 512gb should be no issue especially with a server.

Whether it’s a basic DIMM you’re after or DDR4, it is easy to find something that will be a suitable replacement. There’s no time like the present with technology, and upgrading memory is no different!

How to Use Stereo Mix on Discord

What Is GPU Scaling & Should You Use It?

RGB vs YCbCr444: Which Output Color Format Is Better?

One Computer Guy - October 20, 2020
0
Are you keen on understanding the fundamental difference between IPS glow vs backlight bleed? Many readers may have come across the above two phrases. But...

Do I Need A Sound Card For Gaming? We Answer Your... 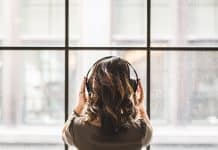