Motherboard temperature is significant for the overall function and health of your computer. The motherboard is the heart of the computer. All of the processes necessary for running word processing, web browsing, gaming, streaming, and other applications are dependent on the motherboard. 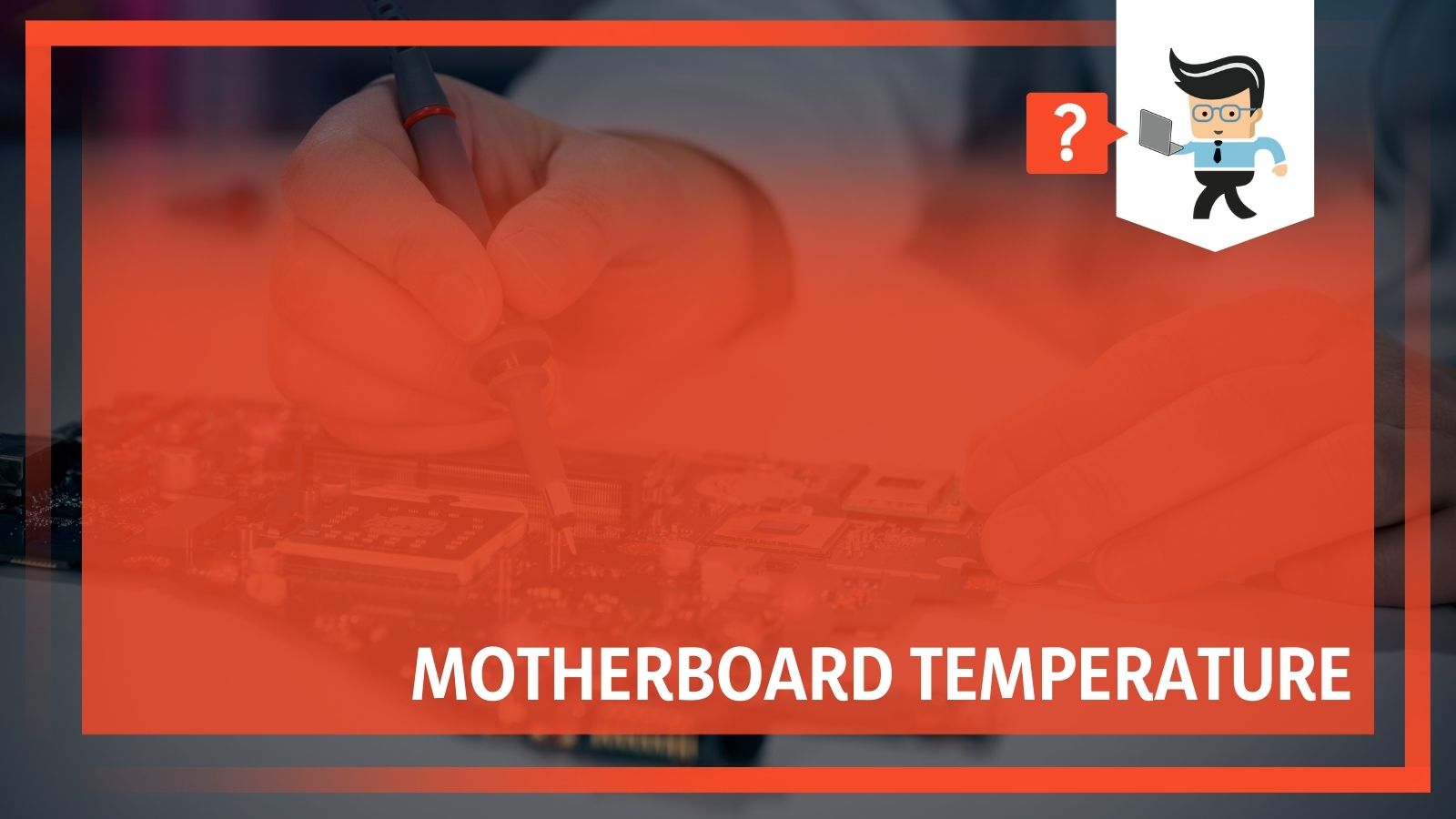 Having a functioning motherboard is essential for connecting the central processing unit with the memory, the power supply, the graphics card, and all the fans inside the case that keep everything cool.

Keeping your average motherboard temp under this threshold temperature will help maximize your performance and prevent damage from occurring to your equipment. Read on to learn more about safe motherboard temperatures and how you can keep your machine from overheating.

All computers will average around 50 degrees Celsius (122 degrees Fahrenheit) during regular use, which includes the lower temperatures while idling (around 45 degrees) averaged against the higher temperatures under load while performing heavy tasks such as gaming, or rendering video or audio.

The optimal temperature for CPU on the other hand, can be higher than a motherboard because it is designed with a dedicated heatsink. It is still best to keep it under 80 degrees Celsius, which is the threshold temperature after which performance begins to decrease. CPUs under load from gaming and graphics processing regularly reach 75-80 degrees Celsius. Average temperatures are listed below:

When more demand is placed on the system, the components have to work harder, and that means that they generate more heat. The heatsinks do their best to cool the parts inside your computer, but eventually the ambient temperature inside the computer case reaches a point where the passive cooling from aluminum fins on the components cannot keep up. 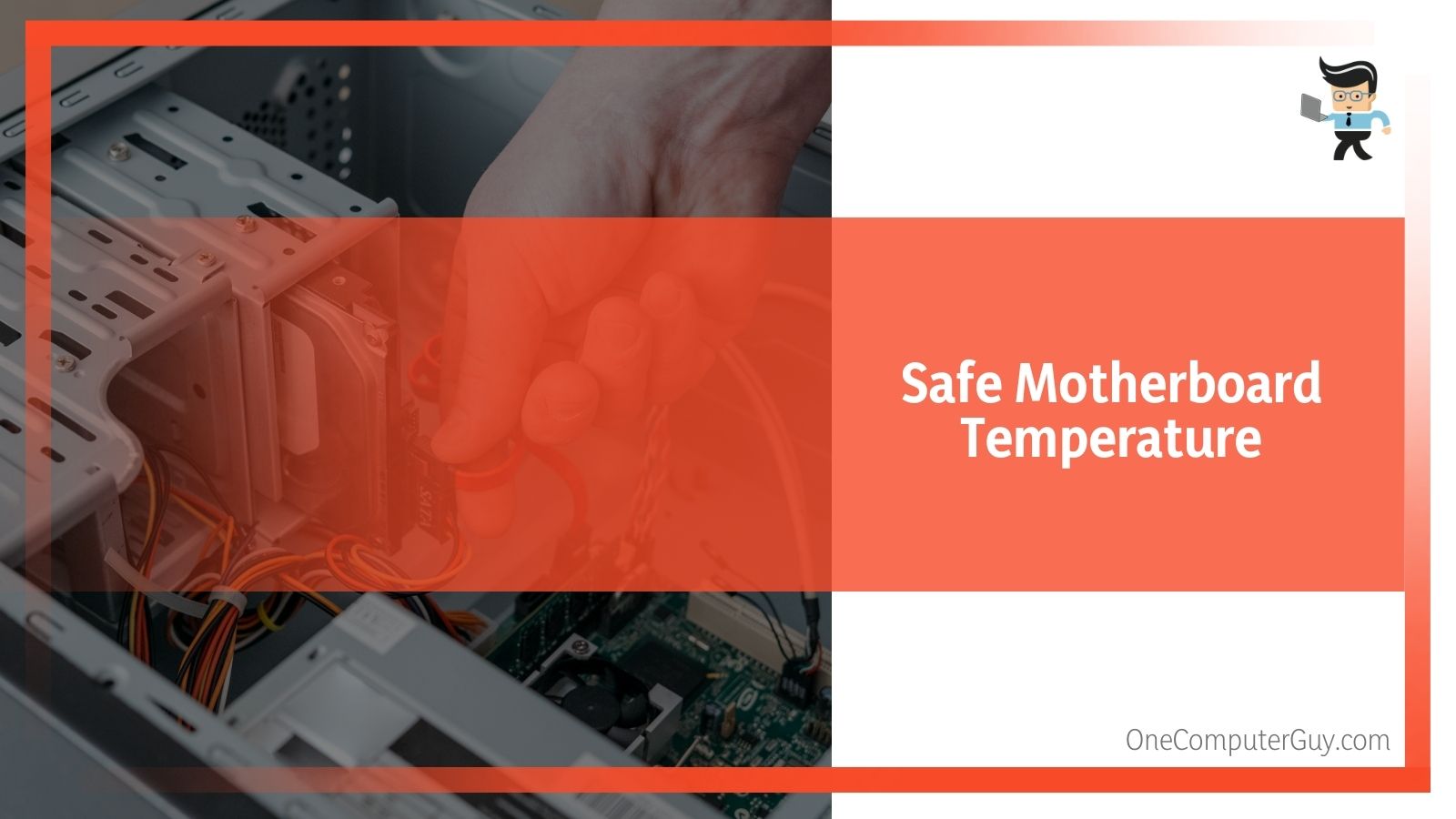 Even with fans that take air into the case and exhaust it out, applications like gaming can routinely push the temperature of the components up anywhere from 50 to 80 degrees Celsius.

Unless you have overclocked your central processing unit and graphics card, the machine should never run hotter than about 80 degrees Celsius. Manufacturers are aware of the limitations of silicon as a substrate material for circuit boards and have designed their products accordingly. In the next section, you will learn more about the relationship between temperature and performance, and why it is important to ensure your devices are properly cooled.

On a fundamental level, the relationship between temperature and performance is that performance decreases as temperature increases above a certain level, but this is as a result of the way that electrons interact with the circuit board itself. With regard to the motherboard, we are specifically talking about MOSFETs. MOSFET stands for metal-oxide-semiconductor field-effect transistor.

Wow, that was a mouthful. No wonder we use acronyms.

Without getting into too many technical terms, let’s break down the acronym into things easier to understand:

Metal-oxide-semiconductor is formed of three parts. It is a sandwich of components with the metal on top to conduct electricity, the oxide in the middle as an insulator, and the silicon semiconductor underneath where electrons flow through channels in the silicon. The metal is where the electrical current is applied, and the oxide keeps the current from going straight through and interfering with electrons moving through the semiconductor.

Field-effect transistors are the major switches controlling electron flow used in integrated circuits. The concept of the field effect transistor is that charge on a nearby object (the MOS) can attract charge in a semiconductor channel, using the properties of an electrical field (hence the name “field effect transistor”). As a result, when enough charge is applied to the system, a control electrode changes its physical state (either “off” or “on”) and the electrons can flow through the channels.

Combining a MOS capacitor with a field effect transistor creates a system where the net electrical current change depends on the amount of voltage necessary for the electrons to move through the circuit board (threshold voltage) and how much current is lost in the MOSFET (leakage current).

Manufacturers typically design the MOSFET such that its threshold voltage decreases with increasing temperature (because the increased temperatures make it easier for the electrons to move through the motherboard). But the leakage current doubles with every 10 Celsius increase, meaning more power is lost the warmer the components get. Temperature affects the workings of the computers because the amount of energy required to complete the circuit is constantly changing.

What all of this means is that because power applied to the capacitors, the speed at which the electrical charge builds up determines how fast electrons can pass through channels in the motherboard and trigger other tasks. Because current can flow faster up to the threshold of 80 degrees, performance increases as the components warm up to that temperature. After 80 degrees, it becomes harder for electrons to pass through this system and performance drops off again after 80 degrees.

First let us look at common reasons for an overheating motherboard. We need to look at the environment that the computer lives in.

Specifically, how much room is there around the computer?
If the computer is closed in a cabinet or if the area particularly dusty, these can lead to overheating the components inside. 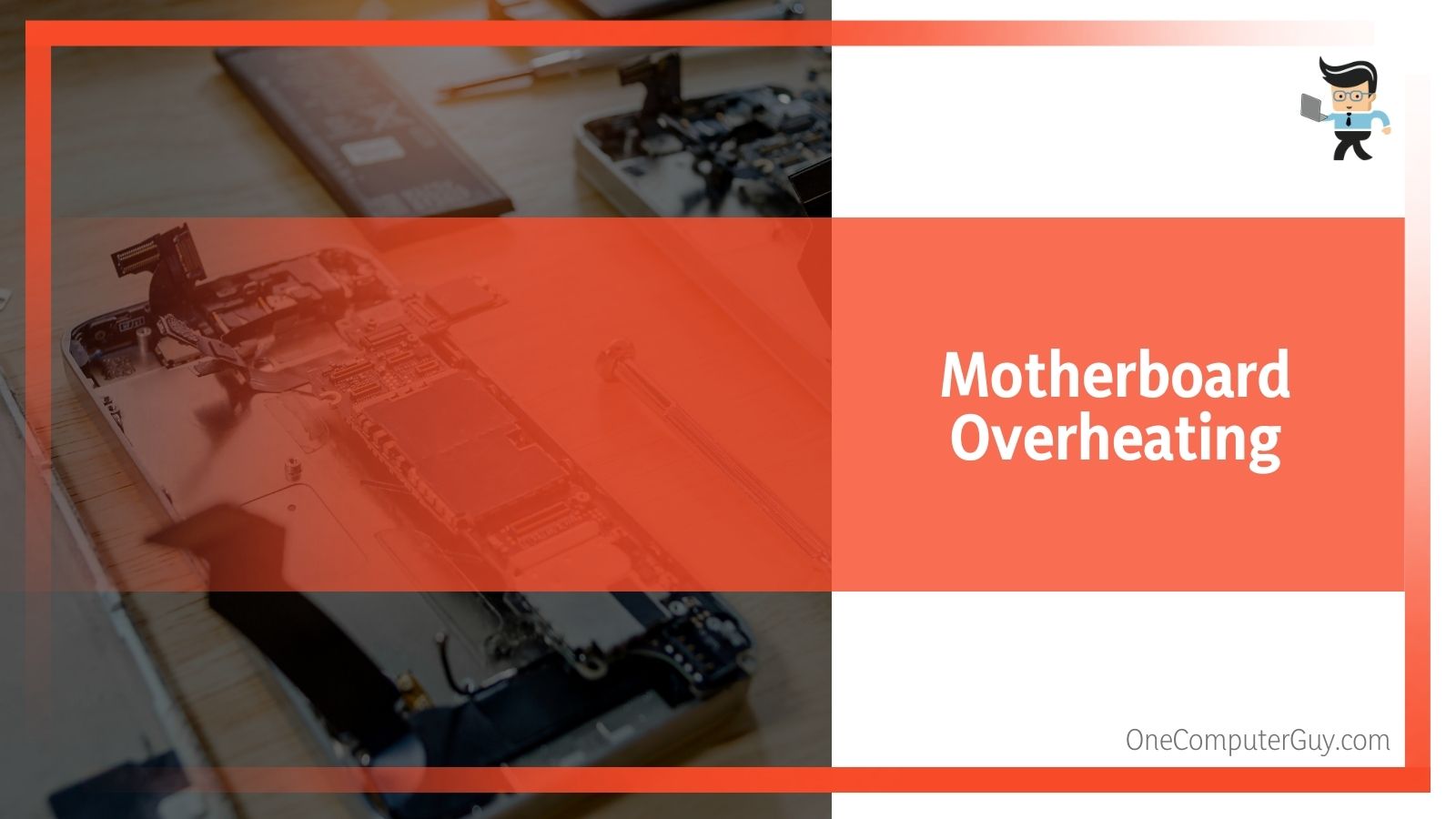 If your computer is confined in a cabinet that is closed on all sides, it may be conveniently hidden out of the way, but then you are guaranteed to have heat issues. Not only are motherboards prone to overheating, but so are power supplies, hard drives, and processors.

Aside from being in a location that restricts airflow, the biggest problem for overheating components is dust. When there is dust clogging the heat sinks and air inlets then the computer cannot breathe, because whatever fresh air is available will not be circulated appropriately.

When your computer runs programs or otherwise performs tasks, it sends data between various components, such as the processor, memory, hard drive and video card.

All of this data travels through your computer’s primary circuit board, known as the motherboard, in a series of electrical commands. The more commands processed by your motherboard, the more electricity flows through the channels in the semiconductors, and the more heat is created.

Excess motherboard heat can cause your computer to become unstable and fail in unpredictable ways, and the errors you receive may not point you in the direction of overheating at first. If a computer at your home or business is behaving erratically, and you have already investigated and eliminated other common causes such as viruses, try to improve airflow to the computer and decrease the temperature of the motherboard.

Below are five things you can do to increase cooling and help maintain a standard motherboard temperature:

A safe motherboard temperature is anything under 80 degrees Celsius, which for a normally functioning computer is very easy to manage. The motherboard will heat up during prolonged sessions where the computer is undergoing constant use such as gaming or other high-demand applications.

Computer components are designed to operate up to 80 degrees, and even high stress components like the CPU and graphics card rarely get far above 75 to 80 degrees. If you are having issues with the motherboard overheating, there are some easy troubleshooting steps you can take to increase the airflow and make sure you have a healthy operating motherboard temperature range.