M 2 drive not showing up might give you a scare when you see it, but we’re here to help. M.2 drives are the most effective SSDs available – they’re smaller than your typical SSD drives, but are much faster. 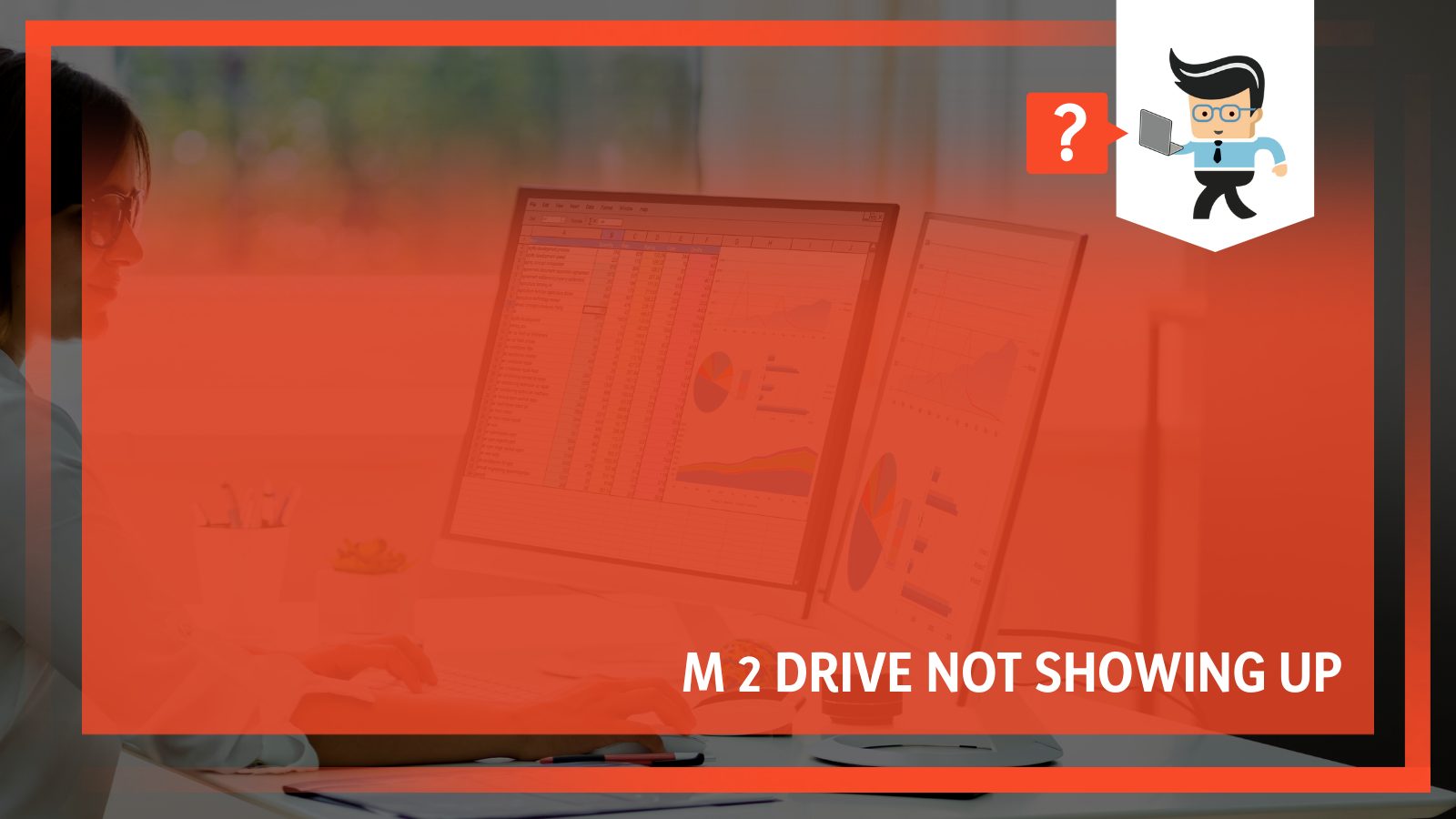 However, they can sometimes run into problems where they just fail to show up, but you don’t need to worry. In this article, we discuss why the SSD fails to show up and how you can fix the problem.

Why Is M 2 Drive Not Showing Up?

You might not be able to see the M2 SSD because you have an incompatible SSD, there are resource or electrical limitations, the SSD is incorrectly installed or faulty, or there are incorrect settings.

Your M2 SSD should appear in your computer’s BIOS. Usually, it is present in the boot menu at the top of the screen, where you set the boot priority. However, if it doesn’t show up there, there can be a few reasons. Let’s discuss each of these important reasons in detail below:

Since there are different kinds of M2 drives, compatibility issues could be responsible for your M 2 drive not showing up. M2 is basically a form factor, just like 3.5-inch or mSATA storage drives. An M2 SSD can either be NVMe or SATA, which are basically transfer and access protocols. 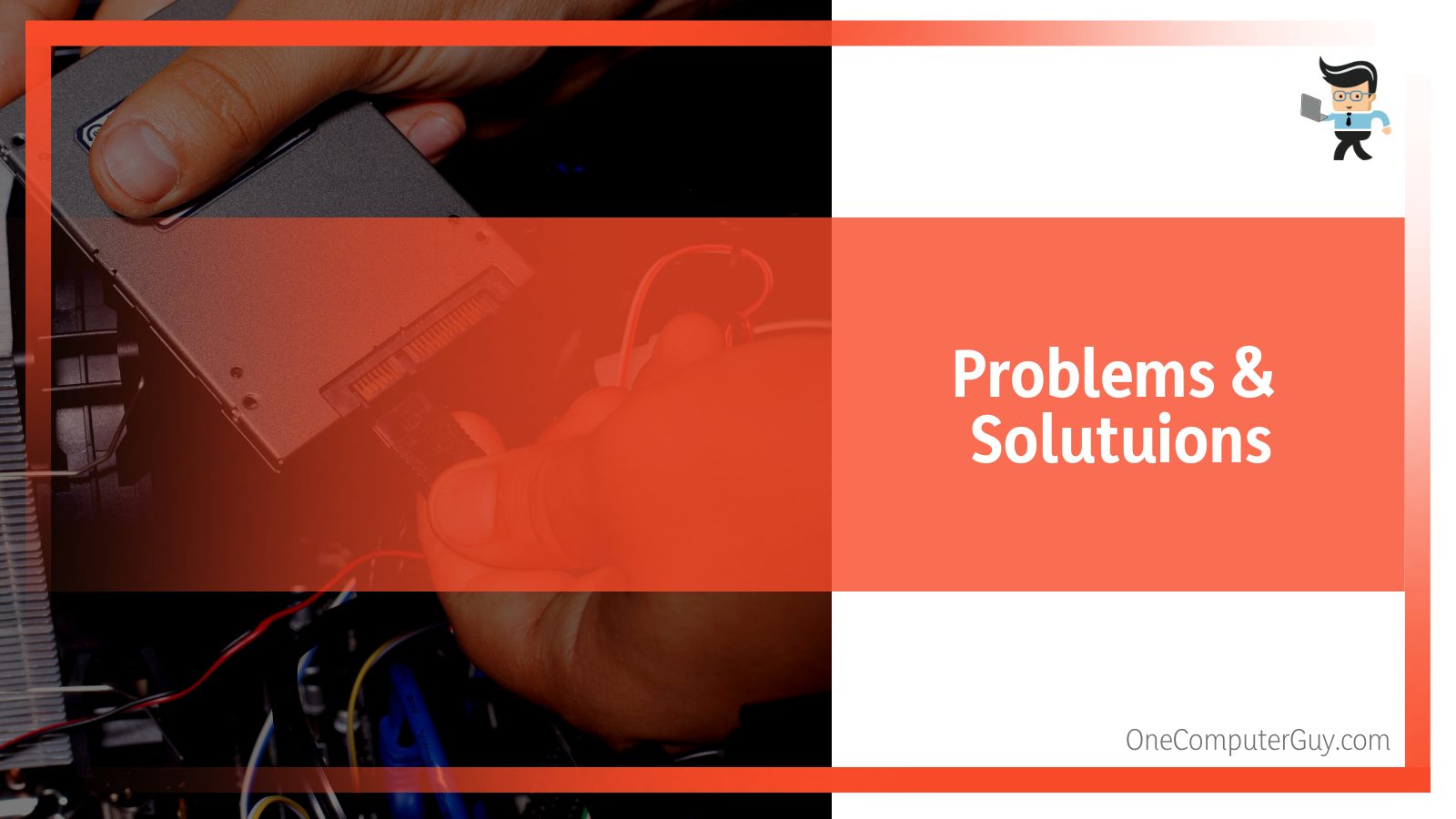 Apart from the different protocols, the two kinds of drives also differ in their physical properties. In particular, the “keys” or the pin layouts at the end of the drives differ.

As a result, M2 SATA drives can’t work with the M2 NVMe slots on your motherboard and vice versa unless the slots can support both protocols. So if your motherboard has M2 SATA slots but you bought an NVMe drive, you won’t be able to use it, which ultimately means it won’t show up in the BIOS.

Even if your drive and motherboard are compatible, you might come across electrical limitations. This is because lower- and mid-tier motherboards share resources between components like PCIe lanes, which can prevent the M2 drive from working.

However, keep in mind that this differs from one chipset and motherboard brand to another.

M2 SSDs are quite delicate and if you’re too gentle, you might not fit it properly in its slot, or you might forget to screw it in.

With some motherboards, the screw is missing or you might misplace it. In that case, the only option left is to place the heat-spreader of the motherboard back and let it hold the SSD in place; however, this can cause the drive to come loose.

So if your SSD is not properly installed, it won’t show up at all.

Given their delicate nature, it’s not surprising that M2 SSDs easily break. Apart from breaking during the installation, these drives can also be damaged during shipping.

The only way to determine if your SSD is faulty is to see if it works on another PC. If it doesn’t, then you know that the drive is faulty.

Another possible reason for your drive not showing up could be misconfigured BIOS settings. If your brand-new M2 drive fails to show up even after removing additional PCIe devices and drives, do the following steps:

It’s important to mention here that some of these options might be named differently and might be present in different submenus in your BIOS based on the motherboard brand you have.

You can refer to the motherboard’s manual to find out the right settings.

Noticed m.2 detected in BIOS but not Windows? Don’t worry; it might be because of a number of reasons.

How To Solve M 2 Drive Not Showing Up?

Installing the drive properly, making sure the BIOS recognizes the drive, initialize the drive, and checking for third-party software are just some of the steps you can take to solve m 2 drive not showing up.

You now know all the possible reasons for the m.2 drive not showing up in BIOS. Let’s see how you can fix these issues.

Before you actually start installing the drive, you need to figure out if your motherboard is compatible with this storage device. Usually, only the latest motherboards can support these modern SSDs that have traditionally been used in laptops, given their size.

To know if the two are compatible, open up your PC and take a look at the motherboard. Find the M.2 connector: an inch-wide horizontal slot that will say PCIe, SATA, or both on a label. Depending on what the label says, you need to make sure that the drive matches that, otherwise it won’t work.

Once you make sure that the two are incompatible, here’s how you can install the drive:

Once you’ve physically installed the drive, the next step is to make sure your PC actually recognized the drive as a storage device. Some motherboards can detect the drive instantly, but in some cases, that might not be the case and you’ll have to investigate further.

– Make Sure the BIOS Recognizes the Drive

The next step in fixing a SSD not showing up in BIOS is to tell the BIOS that it’s connected. So open up the BIOS, go to the advanced settings menu, and choose onboard devices configuration.

Now, find the section that states PCI Express X4_3 Slot bandwidth and choose the option available for M.2 mode. Save the changes and exit the BIOS. The drive will now install without any problem.

The next thing you need to do is initialize the SSD and to do that, open up the disk management program. To do so, open the Run dialogue box by pressing the Windows and R keys together. Enter compomgmt.msc to open up the program.

You’ll now see a popup saying something like “You should initialize a disk to allow Logical Disk Manager to access it.” Along with that, you’ll see an option to initialize the SSD. Once you do that, you’ll start to see the SSD in your PC. 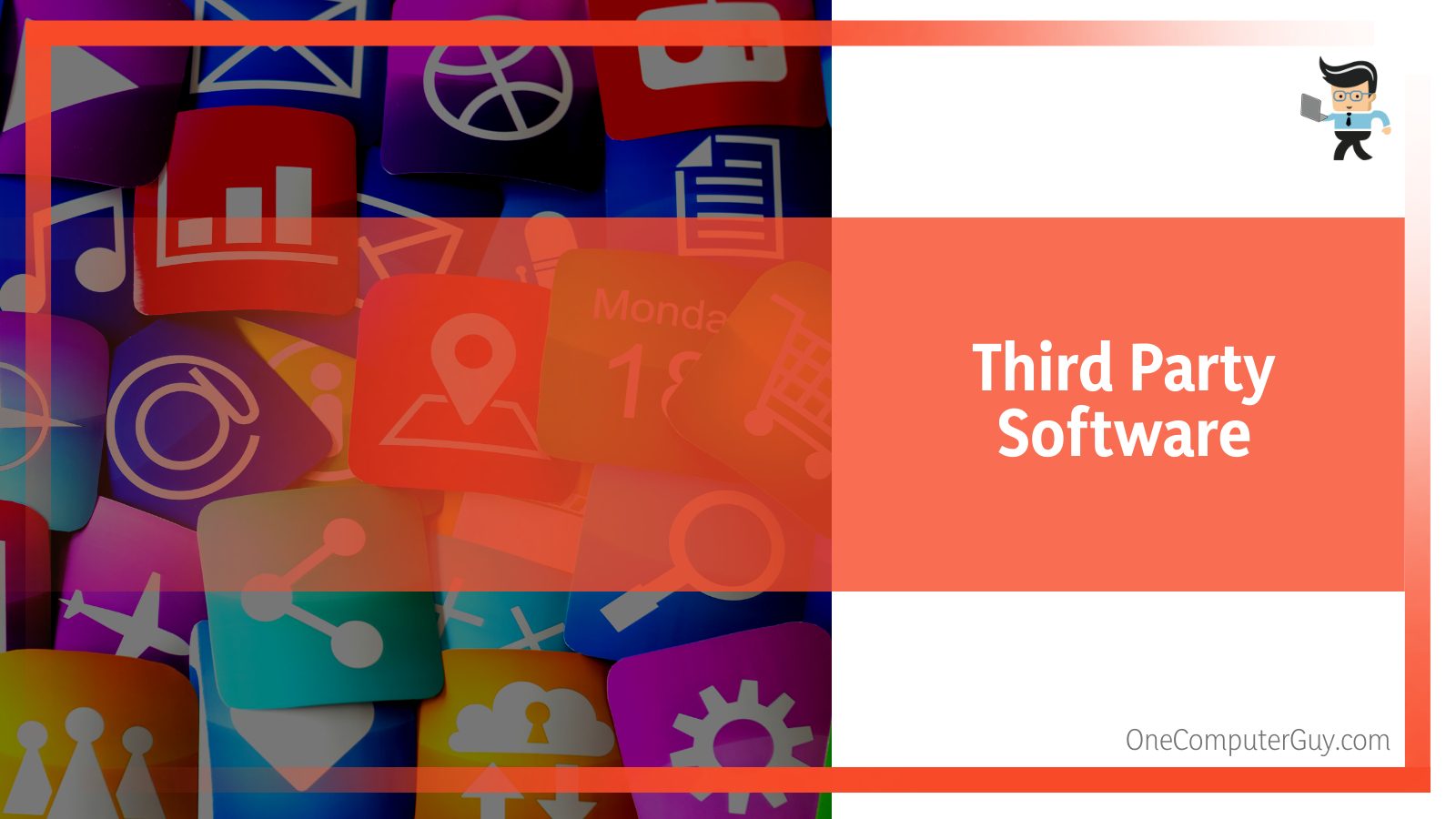 Even though there’s a very slim chance of this happening, sometimes, third-party software can also prevent your drive from showing up. So take a look at all the programs you have installed that deal with drive and file protection and disable them. If you start seeing the drive after doing that, then you know one of the programs was the problem.

If you don’t see your drive in disk management, there are three things you can do:

If nothing has worked so far, there’s one more thing you can try. In the BIOS, go to advanced settings. From here, go to boot and then go to boot priority.

What you now have to do is set the drive with the OS as the first device in the boot order. Once you’re done, press F10 and exit the BIOS.

A SATA or NVMe SSD not showing up in the BIOS can be quite problematic, but the good thing is that it is easy to find the possible causes behind the problem and potential fixes. As mentioned in this article, it could be because of an outdated disk management program, BIOS not configured properly, or bandwidth shared with other ports.

Hopefully, following some or all of these solutions will fix the problem, but if you still can’t see the drive but have some important data on it, you can use some third-party applications to recover data first. Then, you can take your laptop to a technician to get it fixed.