Do you need a keyboard for large hands? Flat, low profile keys look sleek and fit with the ultra-modern look cultivated by Apple and brands competing with their simplistic, streamlined look, but they aren’t always the best fit for the user. 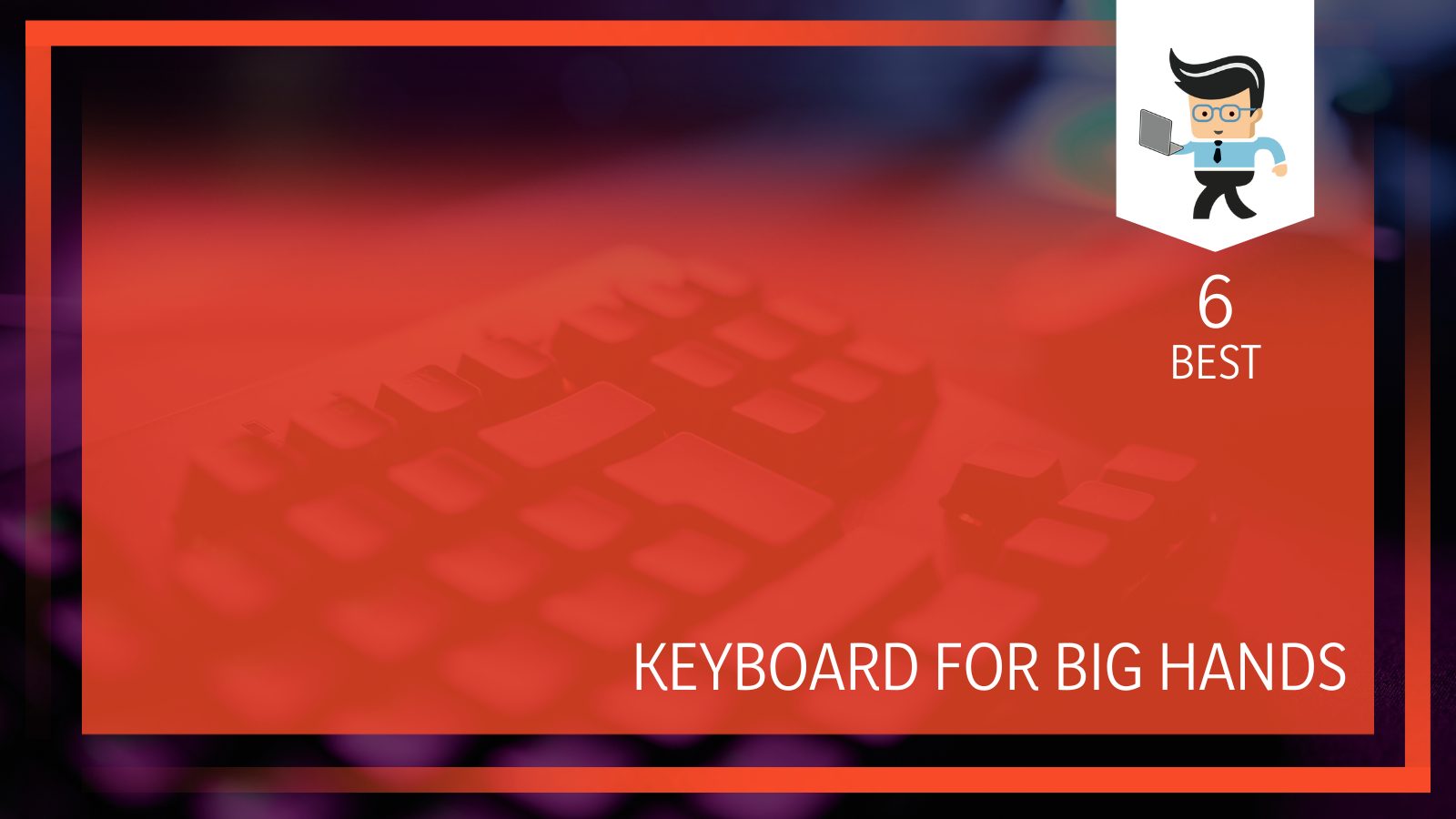 Keyboards for large hands also frequently have large print to aid for those who have difficulties with eyesight. If you frequently find yourself frustrated by small keys without enough space between them, where your fingers slip from one to another and you cannot type, game, or program effectively, then don’t miss this guide as it will help you choose the keyboard that suits you the most.

If you know that your hands frequently slip and mistype words, but you don’t want to buy an extra large computer keyboard or one with oversized keys and large print that proclaims it is a keyboard for fat fingers, then you can buy a standard sized mechanical keyboard that incorporates the use of stiffer switches.

When using a mechanical keyboard, you have to press the keys all the way down for them to register a keystroke. If you buy a keyboard that uses stiff switches such as the Cherry MX Black switches, then when your fingers accidentally hit a key nearby, they are less likely to trigger a keystroke being registered. Incidental contact will not have the force necessary from an indirect stroke.

The vast majority of keyboards have the same size of keys and the same key spacing. This is something you have likely already noticed if you are in the market for a keyboard for large fingers or large hands.

There are several good options to consider if you would like to still use a standard size keyboard but prevent frequent mistypes. Cherry is a well-known manufacturer of mechanical switches and their MX black switches are very popular for people who like to use stiff switches in their keyboards.

The Ducky Shine 6 is an excellent choice if you want to use the Cherry MX Black switches to use a standard keyboard and make it useful as a keyboard for big fingers.

The build quality of the Ducky is superb, solidly assembled and using the leading black switches in the industry. PBT keycaps resist shining better than ABS and tend to last longer under regular use.

The Ducky Shine 6 is a full size keyboard which also includes the arrows, functional keys for home, end, insert and delete, and a ten key keypad if you frequently use your computer for accounting or other applications where having the ten keys is an advantage to you.

This is absolutely the best option if you are looking for a keyboard that looks the same as everyone else’s (well, your customizable RGB backlight might make you stand out from the rest) but you want to use stiff mechanical switches and prevent typographical errors. The only drawback is that it is rather pricey.

The iKBC uses macros stored on the keyboard to help make up for the lack of a ten key number pad, and it takes up significantly less space on the desk than a regular full size keyboard, while offering you the same stiff black switches.

It is less expensive than the Ducky Shine 6 and comes in under a hundred dollars. This is an excellent price for a keyboard with solid build quality which also uses the Cherry MX Black switches.

In an age where it seems even the cooling fans for computers come with an RGB backlight, this keyboard fits right in. The E-Element Z-88 uses Outemu black switches to save money over the cost of the Cherry MX black switches.

While the E-Element Z-88 uses ABS key caps instead of PBT like the more expensive keyboards, the build quality is still excellent and provides a solid, small footprint keyboard for people who want to take advantage of the stiffness of black switches in a mechanical keyboard to prevent mistypes when utilizing a standard size keyboard.

If you have your heart set on finding an oversize keyboard because you want the security that your fingers will only hit the keys you intend, read on to find recommendations for keyboards with large keys.

There is a limited market for keyboards with large keys, as most of the products on the market are very similar in terms of style, so there are specialized keyboards with big keys. Most of these are designed as accessibility products and therefore in addition to having physically large keys, the keys will have large print on them to make them easier for the user to see.

There are a couple of recommendations for a keyboard for large fingers that have oversized keys, but they also tend to be expensive because they occupy a small share of the keyboard market and are not likely to recoup the cost of production at a different form factor through volume of sale.

The AbleNet BigKeys has a few key drawbacks, in that the function keys are placed in a different location than they are on a standard keyboard to accommodate the larger keys. The alphabet itself is laid out in a rectangular grid and the keys are not offset.

This will cause a problem for touch typists who are used to the offset nature of a standard QWERTY keyboard, and is of particular concern for both people who do and do not use the correct fingers for touch typing. People who are used to using the middle finger of their left hand to type “c” which is correct will instead find themselves hitting the “X” which is directly under the “D” on the home row.

There will certainly be a learning curve with the AbleNet BigKeys keyboard, but if you need a keyboard with big keys, then this is one of your best options.

The Chester creek is significantly less expensive than the AbleNet BigKeys and will present a smaller learning curve for new users because the keys are all where they are on a regular QWERTY keyboard including Tab, shift, and all punctuation.

However because the functional keys and punctuation are where the user expects them to be, adjusting to the lack of offset keys will allow for easier adaptation from a standard keyboard.

If you are looking for a keyboard for large hands with larger than average keys, the best option is the Chester Creek Vision Board. It has large square keys clearly labeled with large print so that they are easy to read.

The keys are all where they would be on a standard QWERTY board so the adaptation will be easier than trying to use the function cluster on the AbleNet BigKeys, and it will prevent the user from having to adjust to using a mechanical keyboard with stiff switchesn keyboards for people with large hands and big fingers. 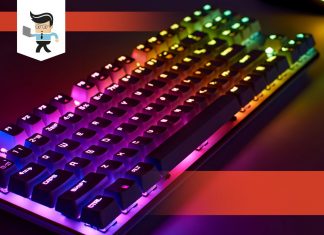 Best Hot Swappable Keyboards: A Comprehensive Guide for Your Setup 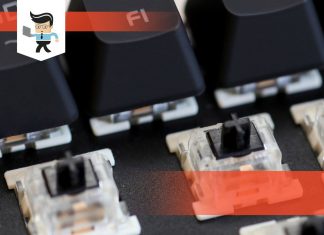 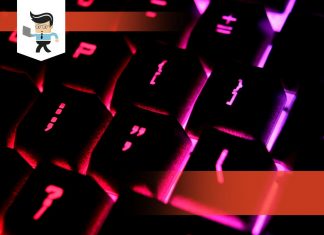 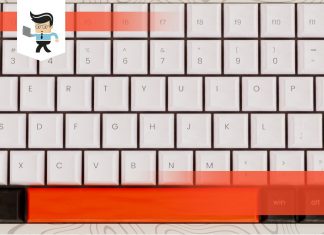