Your internet speed fluctuates wildly for a variety of reasons. Fortunately, some of these reasons can be resolved easily. The solution you apply to a particular problem will depend on the type of connection you have, whether it’s a cable connection or a wireless connection. 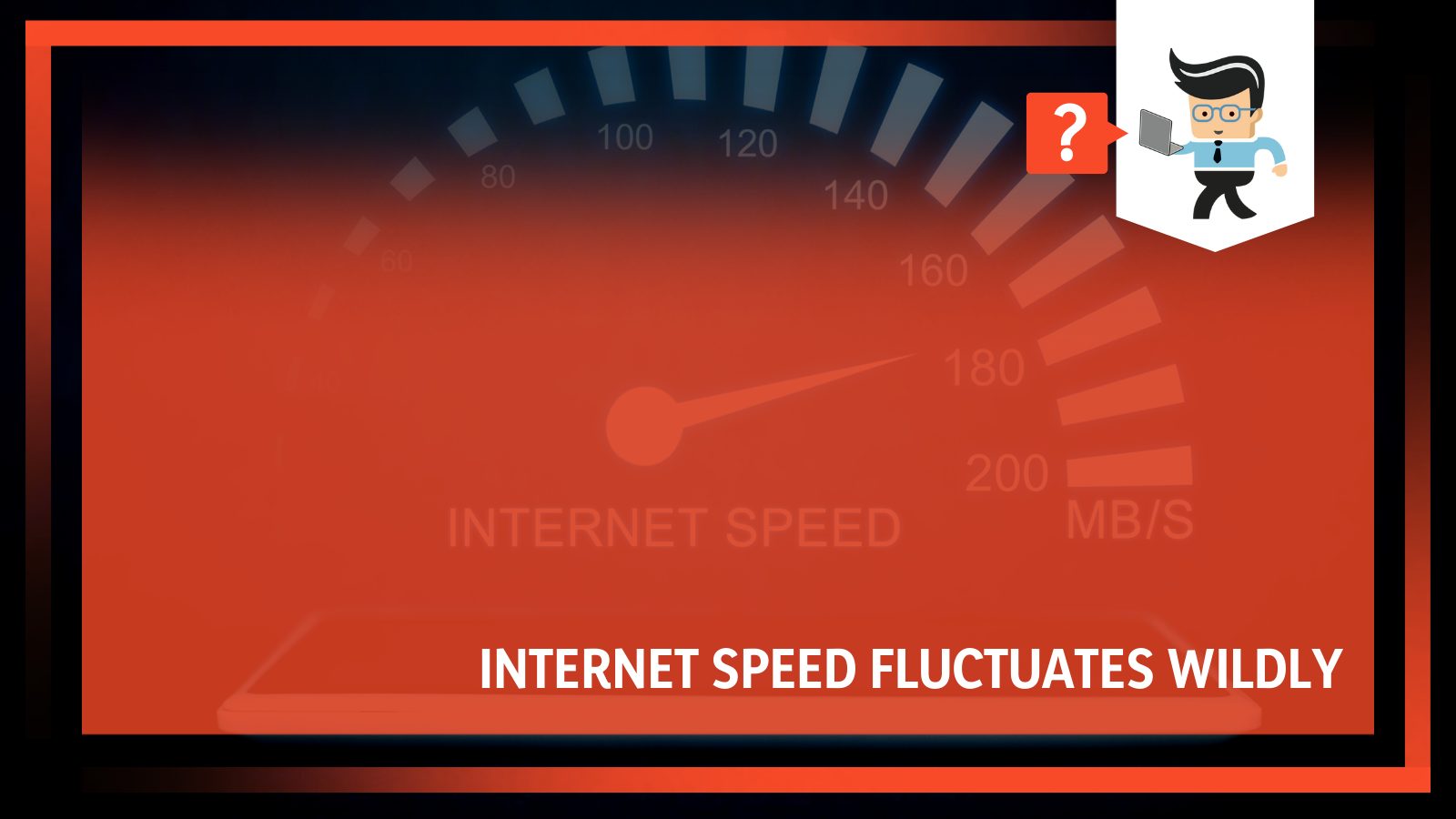 Read on as we divulge the secrets we have garnered from our computer experts on fixing fluctuating internet speed.

As we noted earlier, your connection type is a major determinant to helping you fix your fluctuating internet speed. Therefore, we’ll shortly explain the different types of internet connection before moving on to what causes your download speed to fluctuate and how to resolve the problem.

Otherwise known as DSL, the digital subscriber line connection provides up to 3MBps. It utilizes a copper wire as its connection medium to a broadband connection.

Like the DSL, the asymmetrical subscriber line connection also utilizes copper wires as its connection medium. However, its primary goal is to ensure a faster download rate with little focus on upload speeds.

Otherwise known as the ADSL, the asymmetrical direct subscriber line is an ideal connection method for network providers. Gamers and other users who upload large files won’t find this connection type ideal as the upload speed won’t be up to par with your consumption rate.

However, the speed provided by a cable connection is subjected to the number of clients on the network. If there are many different households on the network, especially during peak periods, clients are bound to experience low internet speeds.

A satellite connection doesn’t use wires or cables like the aforementioned connection types. Instead, data is transmitted through airwaves to a satellite. The satellite receives the information and redirects it back to the necessary destination. Satellite connections involve long-distance transmissions, which is why they tend to be slow. 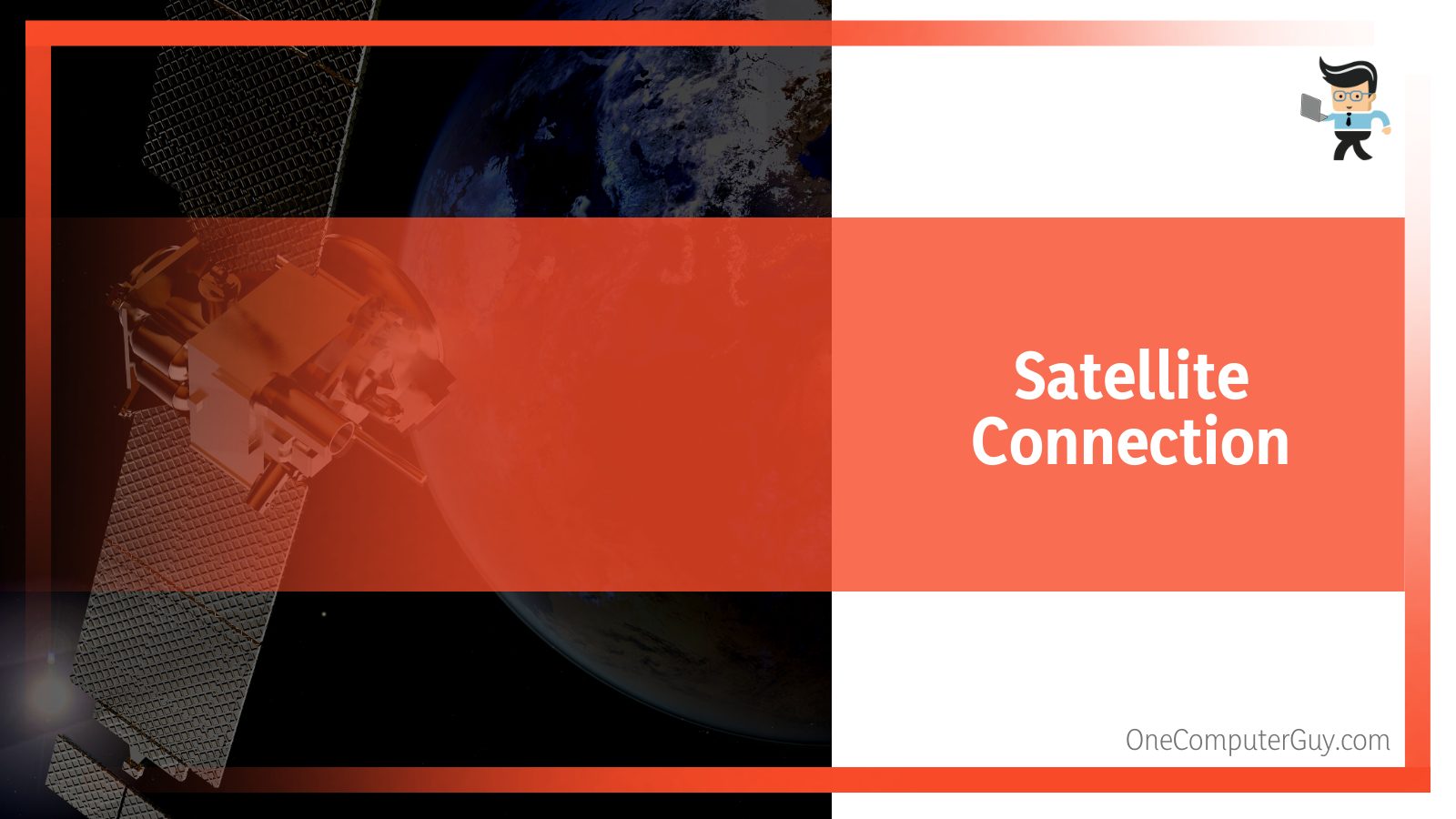 However, they are still commonly used since they have the capabilities to reach broadband speeds. One major con about this connection type is how they do in bad weather conditions. You may lose the entire connection when it rains or when there’s a storm and won’t be able to use the internet until the weather becomes better.

Your internet speed varies wildly for many different reasons, including:

Your router’s location may be the reason why your download speed fluctuates. It’s essential that the spot where you place your router is devoid of signal blockers or devices that use the same type of radio waves as your router.

Examples of such devices include your radios, microwaves, and other types of obstructions, such as walls.

Also, your router shouldn’t be placed on the floor as signals that travel via the ground can act as potential blockers, thereby causing you to experience slow internet or download speeds that vary wildly.

Most wireless devices, including laptops, smartphones, routers, and more use the 2.4GHz channel. This channel is ideal for long-range wireless connections, and since it’s used by most devices, it’s the busiest of the two.

On the other hand, the 5GHz channel is great for short-range connections, and while it’s open to the public, it’s often used by priority services, such as the military and airports. The 5GHz channel isn’t as congested as the 2.4GHz channel.

So, how does this affect your internet speed? 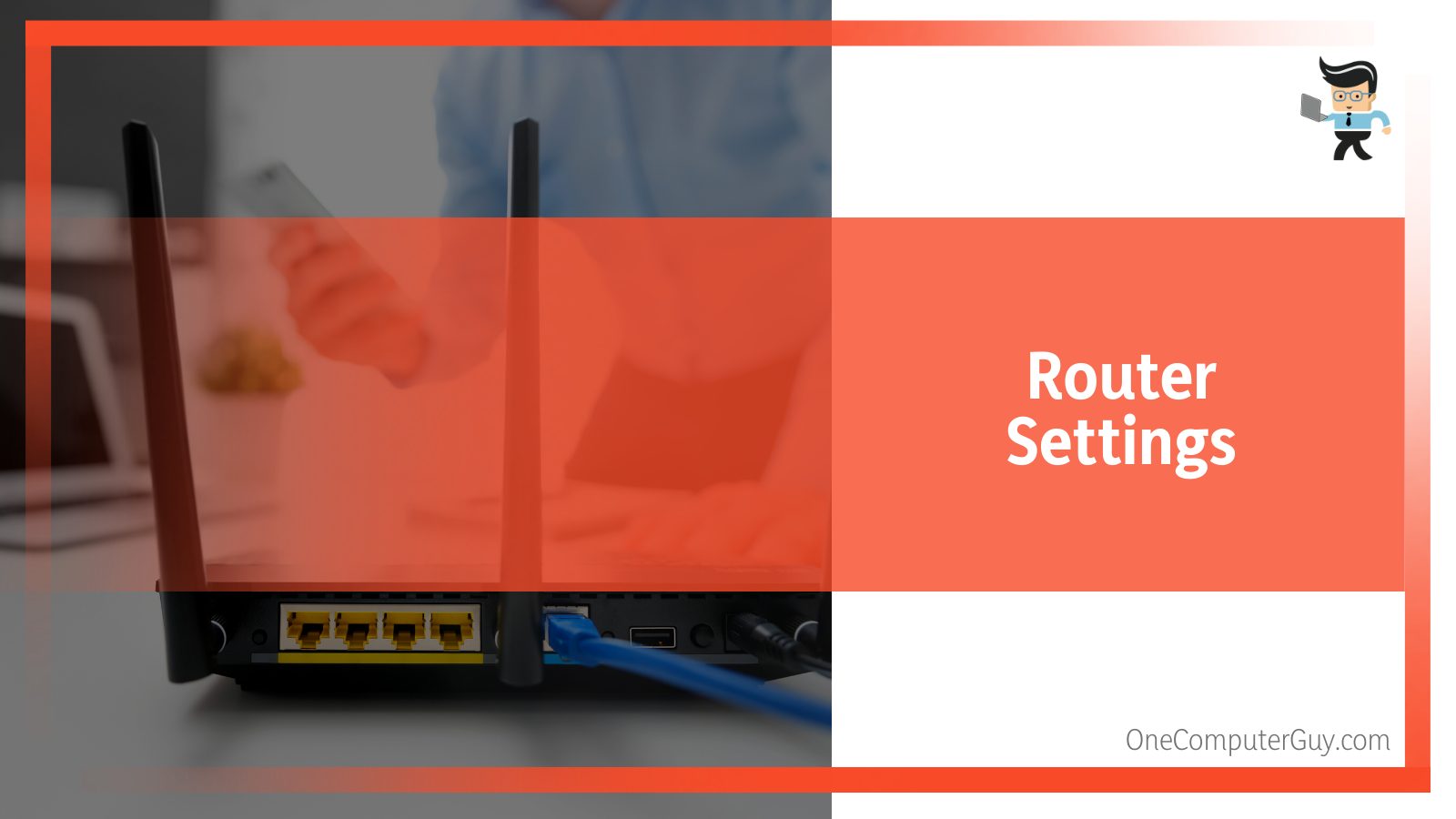 There are varying settings attached to different routers. How each router is configured can have an effect on the internet speed you get. First off, each router has its maximum output. No matter what the speed you get from your internet service provider, it won’t exceed the maximum speed offered by your router.

Your computer may take priority over your mobile phone in this case, thereby allowing you to experience slower internet speeds on your mobile device. Additionally, if the router is in a household and many different devices are connected to it, each device is likely to experience fluctuating internet speed as the device with the highest data consumption will most likely be prioritized while other devices share what’s left.

If your router has data packet size settings that limit the amount of data that can be sent or received at a time, an improper configuration can cause you to experience fluctuating internet speeds. You’ll need to make sure the setting for your router is set close to or at the maximum transition unit.

If internet speed fluctuates wildly on one of your devices while it works well on the others, you may have malware on the said device. A malware can cause different phenomena on your computer or mobile device, including using the internet itself or causing other software and browsers to use the internet without your consent.

Some malicious programs even have the ability to open multiple tabs or browsers in the background, which may be why your internet speed keeps fluctuating.

Depending on the type of internet you have and the contract you have with your ISP, your internet speed can be throttled when you reach a predefined limit. For instance, if you have an internet subscription of 40GB, your ISP may set a predefined speed of 100Mbps for up to 30GB.

Once you reach the capped amount of 30GB, your ISP limits the speed from 100Mbps to 20Mbps. So throttling may be the reason why your upload and download speed fluctuates wildly.

If you notice your internet speed fluctuating wildly at night or early mornings, it may be as a result of peak-time usage. Most people tend to use their internet at night or early in the morning. Your internet type doesn’t matter as there isn’t much you can do about it. The best option is to subscribe to a better internet plan or limit the number of devices on your network.

How To Fix Fluctuating Internet Speed

The first step to fixing your fluctuating internet speed is running a speed test. Doing so will help you determine what the problem is. You’ll be able to tell whether it’s a router position problem, throttling, malware, or even a peak usage problem. Firstly, take note of the speed offered by your ISP, as that’s the metric you’ll be measuring your internet speed with. 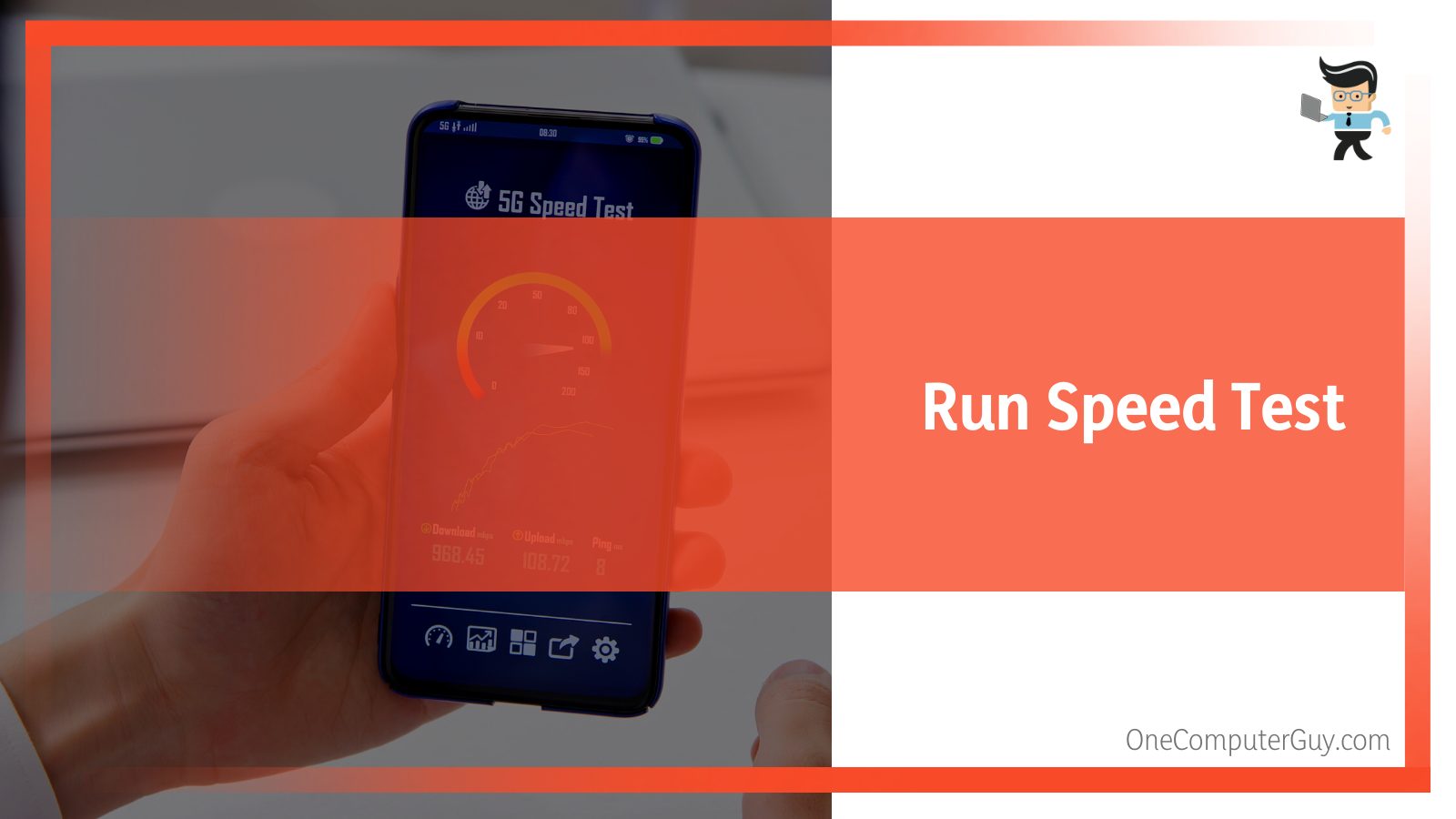 If you’re using a computer or a gaming console to carry out the speed test, make sure you connect it to your router via Ethernet cable to get the ideal results.

Use an internet speed test tool like Fast or SpeedTest to determine how fast your internet is. Compare your results to what was promised by your ISP.

If the speed is lower than what was promised by your internet service, then your internet service or some other factor, such as malware and router position may be the cause. Move your router around and make sure your computer has no malware. If you still get the same results, contact your ISP’s customer support for assistance.

– Make Sure Your Device Is Updated

This update applies to your router firmware and your computer or mobile device firmware. Updating your device’s firmware ensures that you get the latest security and performance updates. If there are bugs on a device or router hindering your device from exhibiting its fullest capacity, a firmware update may be the fix to the problem.

Make sure your router is up to date before trying to reset its settings or troubleshooting it. Additionally, clear the system cache and reset the software once the update has been completed. An ideal update will provide you with bug fixes that can help fix fluctuating internet speed.

– Use the Right Wi-Fi Channel

As we noted earlier, Wi-Fi networks utilize multiple channels and different bands. Unlike in the early days when wireless networks were routed through the 2.4GHz channel, most routers now have dual-band capacity. This means that you can have both 2.4GHz and 5GHz channels on a router.

Switching your devices from one channel to the other can help you enjoy a better network if your internet speed keeps fluctuating. However, make sure your router isn’t close to other electrical equipment using the same frequency or channel.

The environment in which you place your router can have a significant effect on the internet speed you get. Therefore, you want to make sure your router placement is properly optimized. Elements such as concrete walls and metal can effectively slow down or block the wireless signals coming from your router.

Make sure your router is in an open space where it can easily send and receive data from your devices. You can also get Wi-Fi extenders, mesh routers, or MU-MIMO routers that allow for a 360-degree broadcast. With these tools, you’ll be able to enjoy optimal wireless signals no matter where you are in your home.

If your internet speed fluctuates wildly during specific times of the day, then it’s likely some devices or software are eating through your bandwidth. Elements like large downloads, online games, and video streaming may be the reason why your internet speed keeps fluctuating.

You can go into your router settings to check what’s eating through your Wi-Fi bandwidth. Once you identify the device, go through each software or application on the device to find out what the culprit is. Checking your router will also help you identify devices that aren’t supposed to be on your network or those interfering with your network speed.

If you find any device that isn’t yours on your network, remove them immediately as they may be the reason why you have slow internet.

– Be Mindful of Your Internet Usage

Additionally, your browser add-ons and program add-ins may use your internet often, thereby causing you to experience slower speeds. Make sure you download files only from reputable sources to avoid downloading malware and limit your time on graphic pages.

Your internet speed fluctuating wildly may be as a result of someone leeching off your internet, from neighbors trying to get free Wi-Fi to hackers and those with malicious intent trying to get into your devices. You need to make sure you check your Wi-Fi connection regularly to remove unwanted devices on your network.

Also, make sure you change the login details of your router. Many users retain the default login of their routers, that is, “admin” as username and “password” as password. Change your router password to something hard to guess, and make sure you select the WPA2 security protocol when creating your password.

Here are some pointers you need to keep in mind:

Your fluctuating internet speed can be caused by various reasons, from network and ISP issues to bandwidth, software, and hardware issues. Fortunately, many of these problems are easy to fix. Make sure you have the latest firmware, enhance your router and network security, optimize your router location, subscribe to a good internet plan, and stay on a less congested wireless channel.