Intel Core i5 7200U gaming is perfect for those who play casual games. This processor is a 7th Gen CPU of the Kaby Lake family, and it’s designed for notebooks and only offers minimal upgrades when compared to the previous generation. 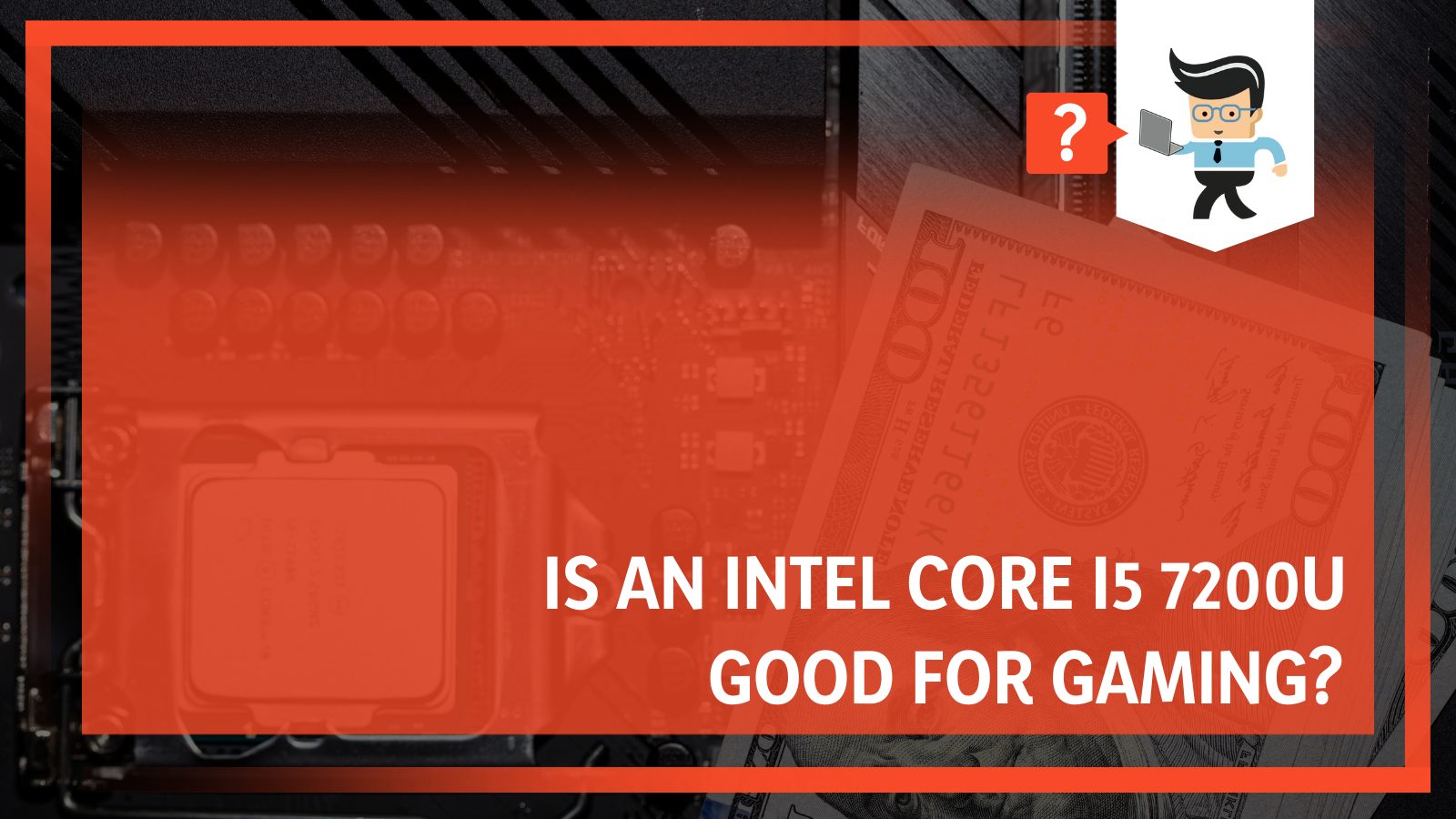 While it doesn’t offer as much as what you’d get on a gaming laptop, its performance is still better than what you’ll get from the core i3 of the same generation.

Read on as our experts dive into the i5-7200U review, explaining what makes this processor tick and whether or not it’s good for gaming.

Is an Intel Core i5 7200U a Good Processor for Gaming?

As we noted earlier, this processor is part of the 7the Gen Intel Core U series. It offers a performance that’s a little better than what you get from the 6th Gen Skylake processors. This CPU is also designed with the Kaby Lake architecture and is powered by two cores and four threads.

The 7200U is a 14-nanometer chip with a boost clock of 3.10GHz and a base clock of 2.50GHz, which are faster than what the 6th Gen chipsets have to offer. You get up to three megabytes of L3 cache and you can find this CPU in different TDP configurations, including 7.5 watts, which is the lowest, and 25 watts, which is the highest.

With that being said, the default TDP is 15 watts and the Intel HD Graphics 620 integrated into the CPU serves as its graphical unit.

The gaming potential of the Core i5-7200U is quite limited. If you play casual games like Minecraft, Counter-Strike, and League of Legends, you’re sure to get some decent frame rates thanks to the HD 620 graphics.

However, if your goal is to play CPU-intensive i5 games or AAA titles, you’re out of luck as the 7200U can’t do much even in 720P.

For instance, Assassin’s Creed Valhalla produces four to seven frames per second at low settings and 1280 x 720 resolution while NFS Heat is able to do 13 to 25 fps at low settings 720p. GTA V does about 75 to 85fps at the same resolution and low settings while Shadow of Tomb Raider does 11 to 15 fps.

Far Cry Primal on the other hand does 27 to 35 fps at 720p low settings and an average of 17fps at 1080p low settings. The 7200U simply can’t handle AAA games as the games are likely to crash after about a minute or less of extremely laggy display.

The i5-7200U doesn’t offer significant improvements over its 15-6200 brother during normal usage. However, you’re sure to notice a small difference when you use the 7200U to carry out tasks like video production, transcoding, or adding filters to your images when working on professional photography. 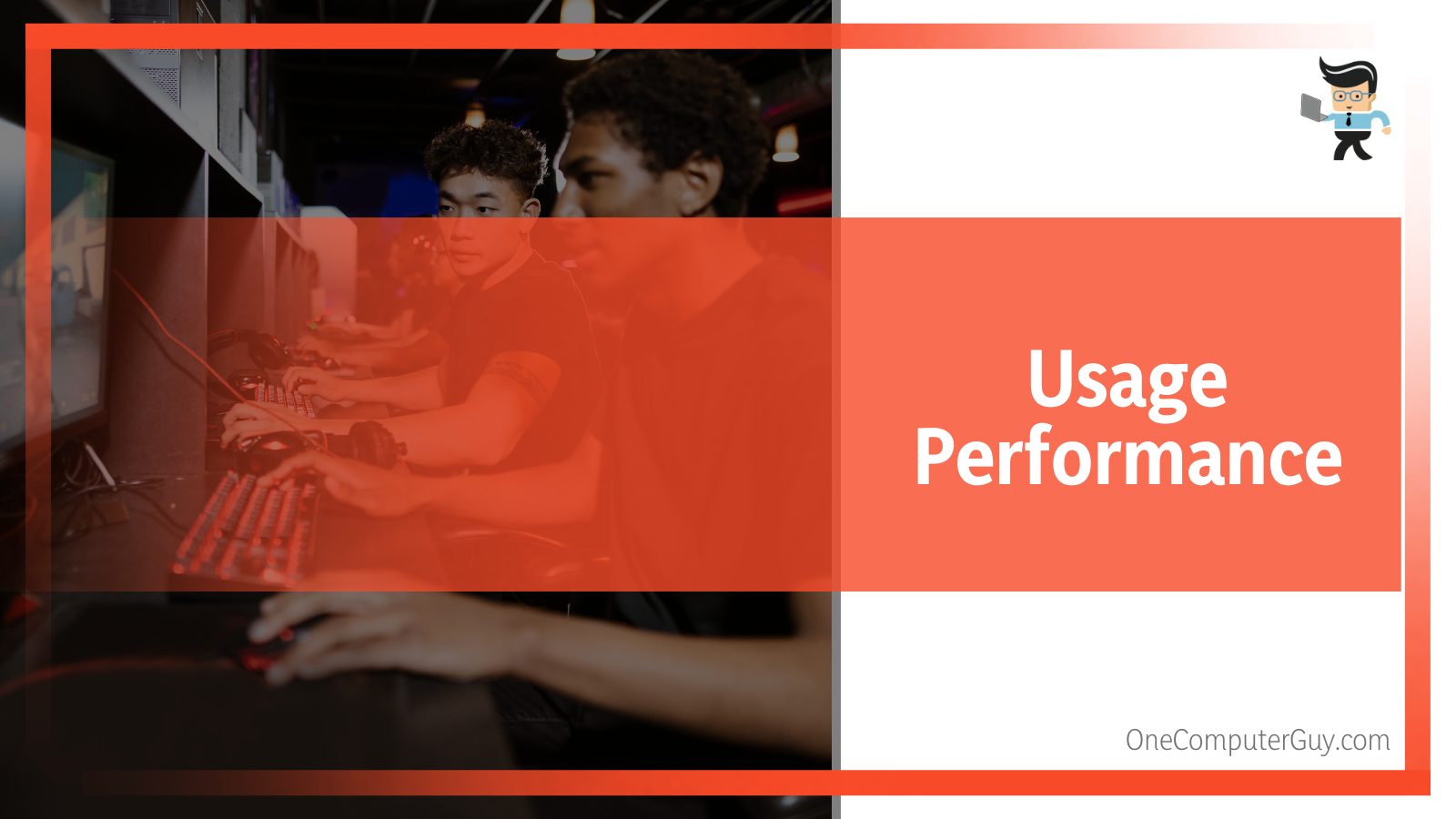 With that being said, this processor is a dual-core processor so it doesn’t do much with these harder tasks either; it just performs better than the i5-6200U.

If you’re looking to perform tasks like the ones mentioned above, then it’ll be in your best interest to get a quad-core i7 chip or a recent core i5 CPU that can handle heavier tasks in a better and more efficient way.

Apps like Adobe Premiere Pro will take about a minute to load up and the same goes for Filmora. Google Chrome opens faster but it’s not as snappy as you might expect.

For developers who are looking to use apps like Android Studio, the core i5 7200U holds its own pretty well. However, heavier software like the Unreal Engine Development Kit may take up to two minutes to launch and load up your components.

For common operations like Full HD online streaming, working in Microsoft Office, and web browsing, you’re sure to get excellent performance from the 7200U. Intel worked on improving the hardware optimization of this CPU, ensuring that it’s able to provide great 4K Ultra HD video playback.

You won’t have any issues with playing YouTube UHD videos on your Chrome and Microsoft Edge browsers and the maximum amount of load you can get with these operations is about two percent. You also get the same performance when you utilize the Windows Media Player, which is able to provide you with excellent 60, 30, and 20 fps Ultra HD playback. 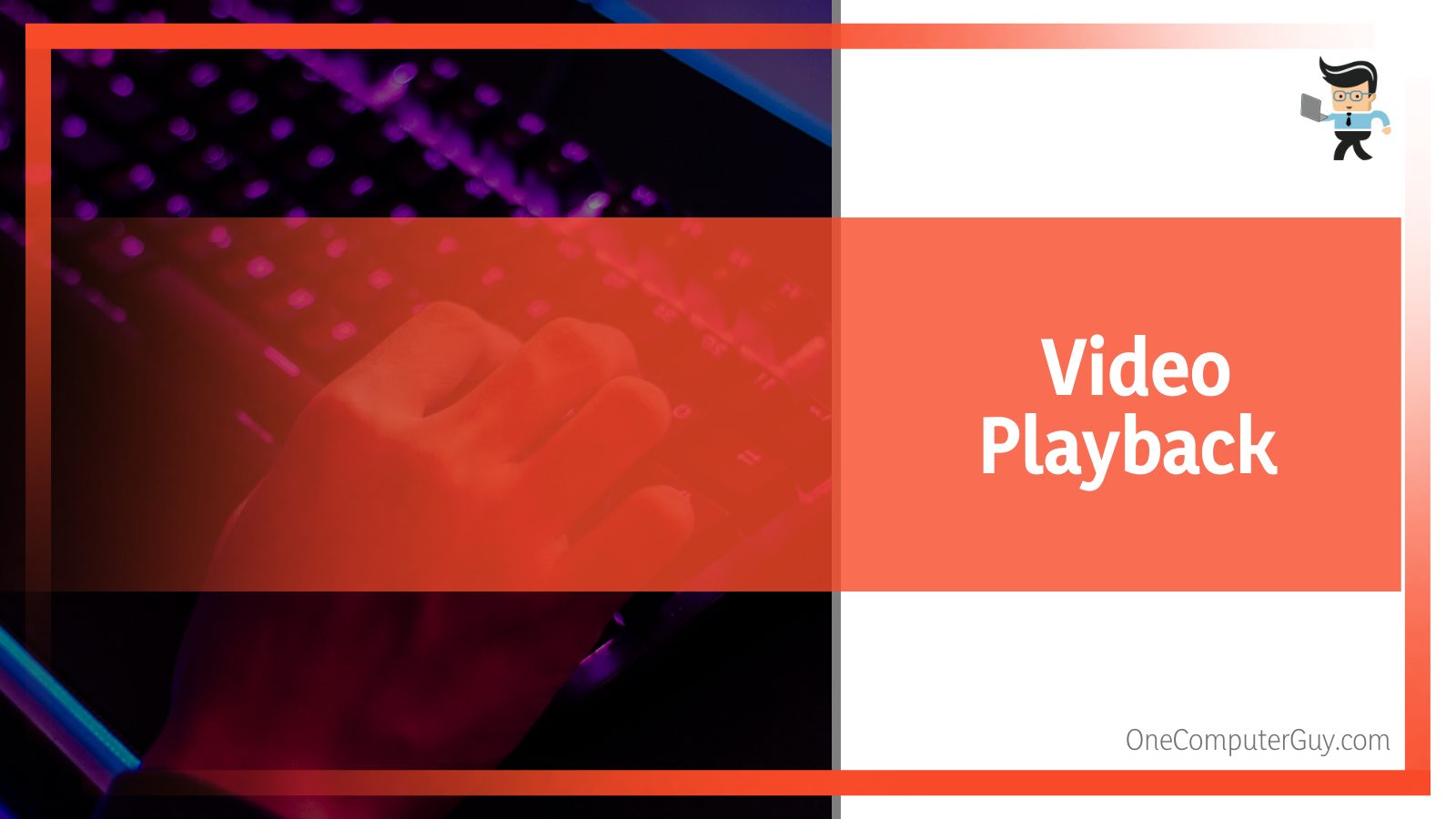 However, when you use programs like Gom Player for 25 and 30 fps playback, the 7200U may undergo stress as the CPU load can go up about 20 percent, though you’re likely to get smooth playback.

As for 4K 60fps, you may have some difficulty viewing files with this resolution in Gom and VLC media players as they tend to come out choppy and laggy. While this may be a software issue, it’s still worth noting just in case.

The 7200U doesn’t support overclocking, which might be a bit of a letdown for users who are looking to overclock their CPU. If you’re serious about gaming with this processor, there are multiple GPUs you can utilize, including NVIDIA’s GTX 3090 and AMD’s RX 6900 XT.

Note that the GPU you choose will have a significant impact on the frame rates you’ll get from your CPU.

One of the things that made the i5-7200U popular in the CPU world is the fact that it comes with its own cooler. If you buy a retailed box model from Intel, you’ll get a CPU cooler, which saves you the money you’d have spent on new CPU cooling.

The cooling unit is a normal “pancake” processor cooler, so there’s nothing fancy about it. However, it does a good job of keeping the processor cool, and since the default TDP of the CPU is 15 watts, there are fewer chances of you experiencing overheating. So except if you want to, you don’t need to purchase an aftermarket cooling unit.

That’s all on the i5-7200U game debate and whether or not it’s a good processor for gaming.

Below are some important notes to keep in mind when deciding on whether to get this CPU for gaming or not:

If you’re a light gamer or office worker who’s looking for a reliable CPU, the Intel i5-7200U is a good dual-core CPU to utilize. However, if your goal is to play CPU-intensive games or AAA titles, this processor isn’t a good option to work with.