If you’re wondering how to uninstall iOS 10 without computer, you’ve come to the right guide. First off, there’s no known method that allows you to remove a fully working iOS version without a PC. 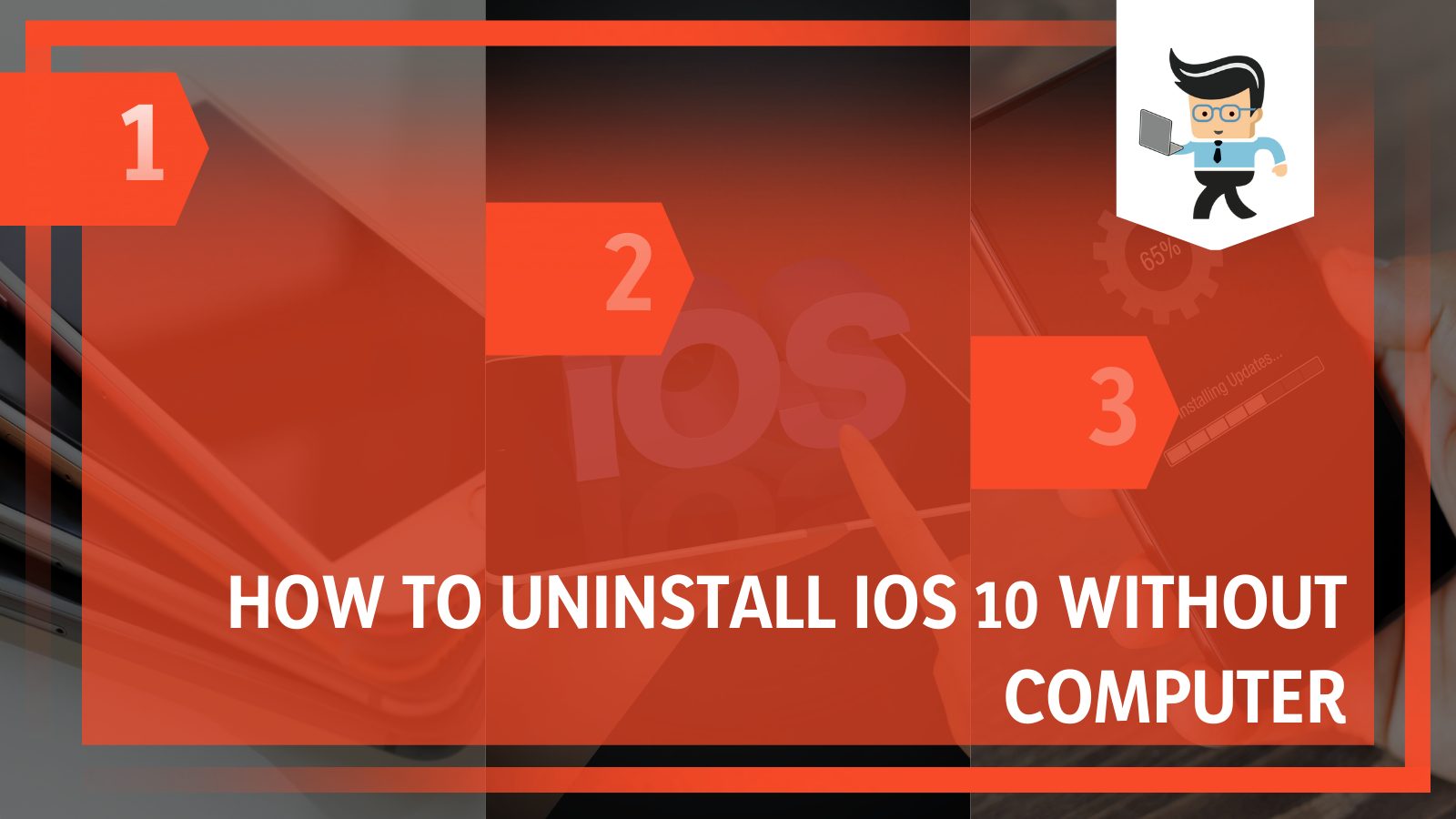 How to Uninstall iOS 10 Without a PC

It is not possible to uninstall iOS 10 without a PC and go back to an older version; the most you can do is delete a beta profile, which can be done by selecting “VPN & Device Management” in the Settings menu.

As we’ve mentioned above, once Apple releases a fully working update and you update your device to the said operating system, you will not be able to go back to an older version.

– Updating to the Latest Stable Version

This means that all the bugs, quirks, and technical issues that made you want to uninstall the beta version will still be there. Since Apple tends to release stable OS updates around September/October every year, you may want to leave the beta version of the OS if you are not able to access a computer or if the OS release date isn’t far off. 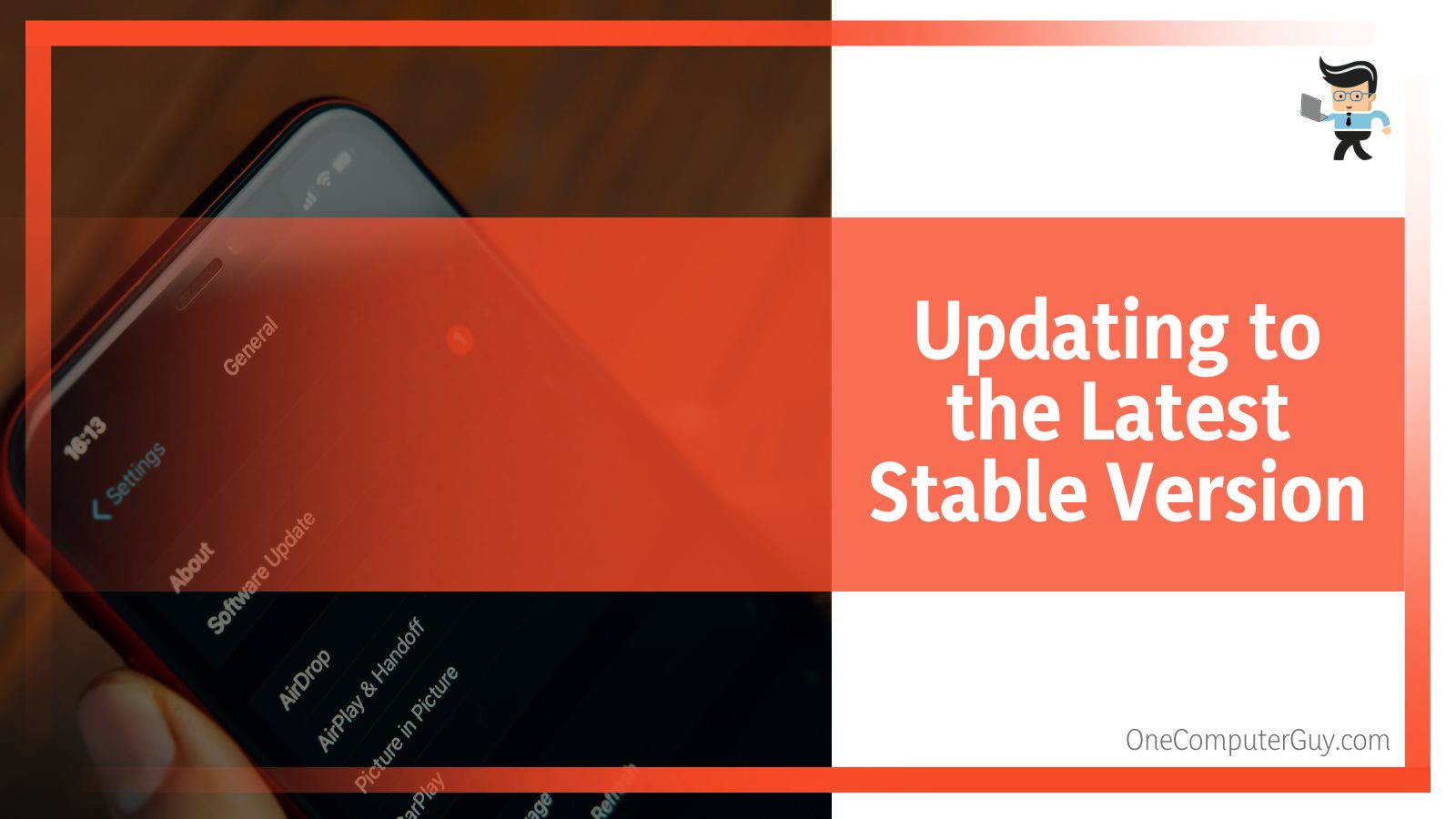 Once the stable version is available, you’ll get a notification on your phone that says “a new iOS update is now available.” Otherwise, you can manually update your device by going into your settings menu, selecting “General” and then clicking on “Software Update.”

If an update is ready, your device would download it automatically, thereby deleting the beta version on your phone.

However, if there are still some months before October and you’re able to get access to a computer, we recommend that you switch to the old, stable iOS version to enjoy a better user experience.

– Uninstalling Apple’s iOS Without a PC

Uninstalling Apple’s iOS 10 or any other version of Apple’s operating system without a computer is impossible as there’s currently no method to do so. If you plan to remove or downgrade iOS to a previous version, you’ll need to do so with the help of a computer.

Also, if you intend to downgrade iOS, you have just two weeks after the release of a new version to do so as Apple often stops signing an iOS version once a new update is out.

Signing here simply means Apple’s digital signature confirming that the OS you’ve installed on your device is authenticated by Apple.

So, if you revert to an unsigned iOS version, you won’t be covered by Apple’s warranty if there are any issues with your device as a result of downloading the software. In addition, to even revert to a previous unsigned version, you’ll still need the help of a PC.

How to Uninstall iOS 10 Using a PC

To uninstall iOS 10 using a PC, first make sure that you have the latest version of iTunes installed, then proceed to reverse the process to revert your phone back to a previous version before setting up your device and restoring your data. 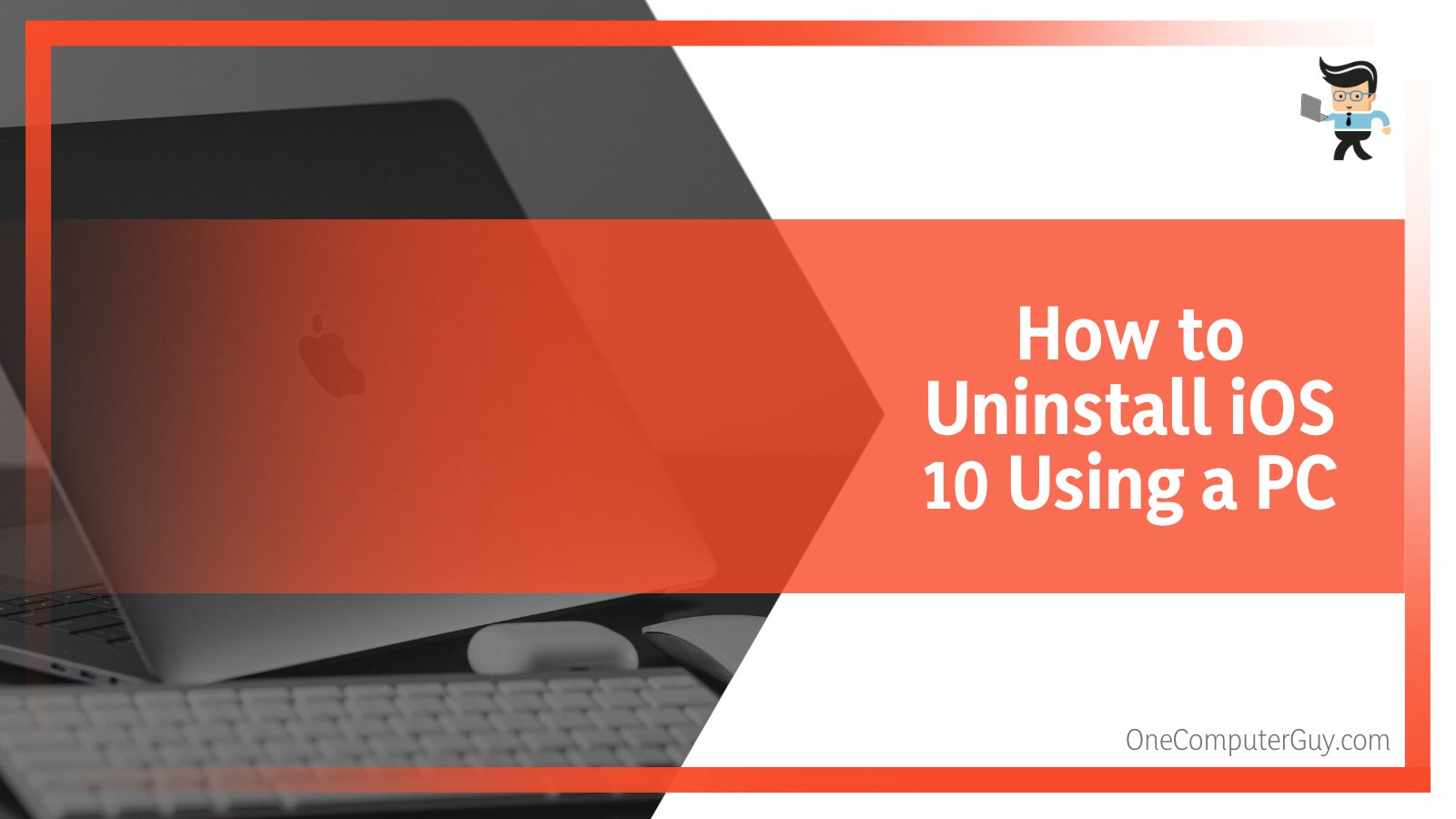 The reason is the signing issue we mentioned earlier, which means that once Apple stops signing an iOS version, every Apple phone won’t be able to run that iOS version, except if you jailbreak the phone.

Firstly, you’ll need to make sure that your Windows PC or MacBook is running the latest version of Apple’s iTunes.

We recommend using a MacBook for a smoother and easier process. You’ll also need to be sure that you have the correct Apple ID and password as these details will be used to reactivate your device once the downgrade is complete.

Also, keep in mind that removing a new version and reverting to a previous iOS version can cause you to lose connectivity to your Apple watch if the watch has the latest Watch OS running on it.

Unlike iOS, Watch OS is more or less impossible to downgrade as you’ll have to go to Apple to carry out a downgrade.

Lastly, make sure your iPhone is properly backed up to prevent data loss as your device will be completely wiped once the latest iOS version you have on your device is uninstalled.

Once you’ve made sure your files and data are backed up, the next thing is to start the reversion process. Follow the steps below carefully to revert your device to a previous iOS version.

After you’ve agreed to the terms and conditions, your computer will start to download iOS and it’ll automatically install the operating system to your device once the download is complete. The download and installation process may take a bit of time, depending on your internet connection as the iOS file may be over 6GB in size. 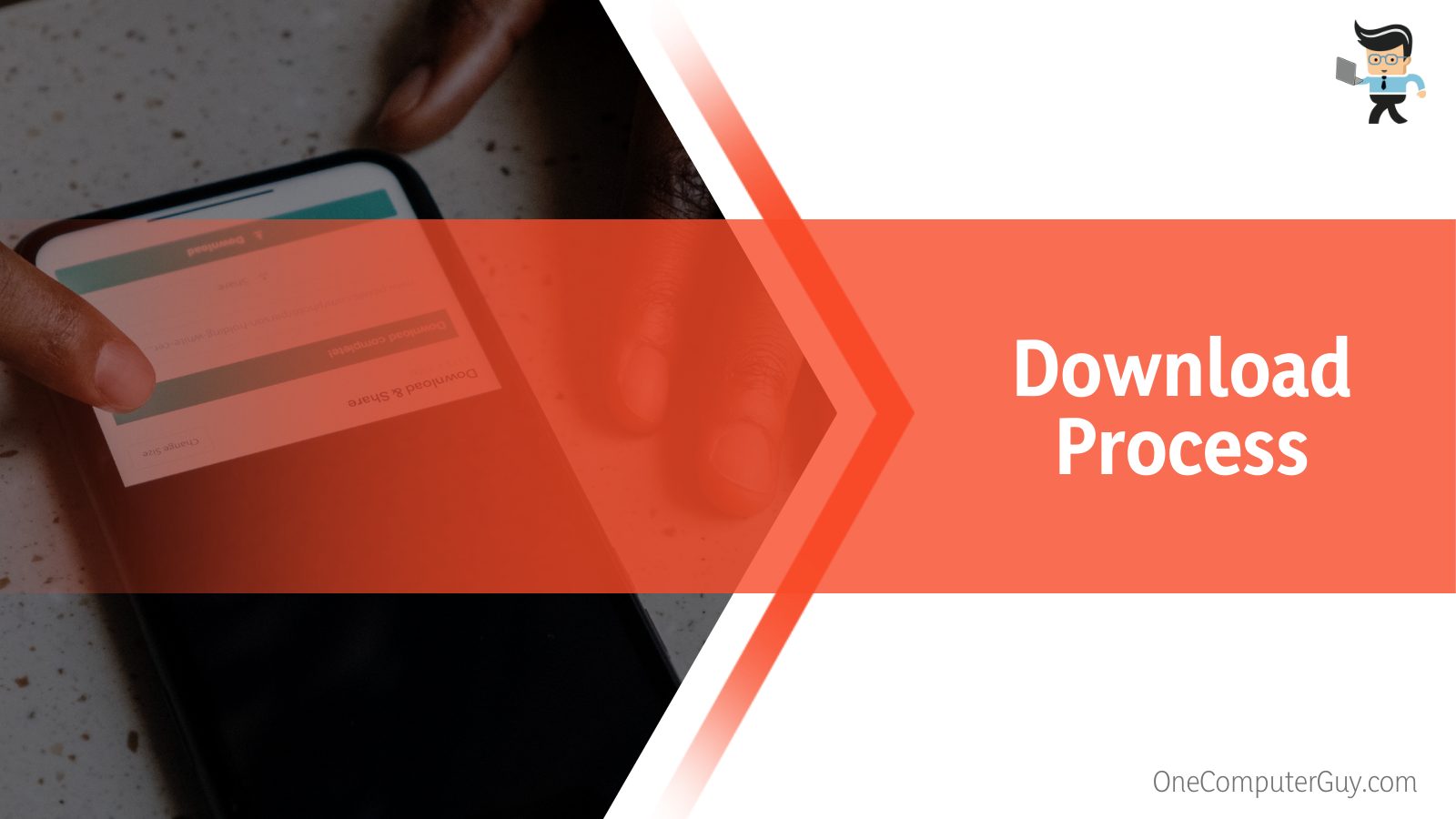 Once the download is complete, your computer will automatically install the OS on your phone.

You’ll see a progress bar at the end of your iPhone’s screen and the installation process can take between 8 to 12 minutes, depending on the computer you use. Also, take note that you may experience multiple restarts when you restore iPhone.

– Setting Up Your Device

Once the restoration is complete, your iPhone will boot to a new screen that says it’s locked to the owner and you’ll need to set it up like a new phone. Follow the steps listed below to set up your device. 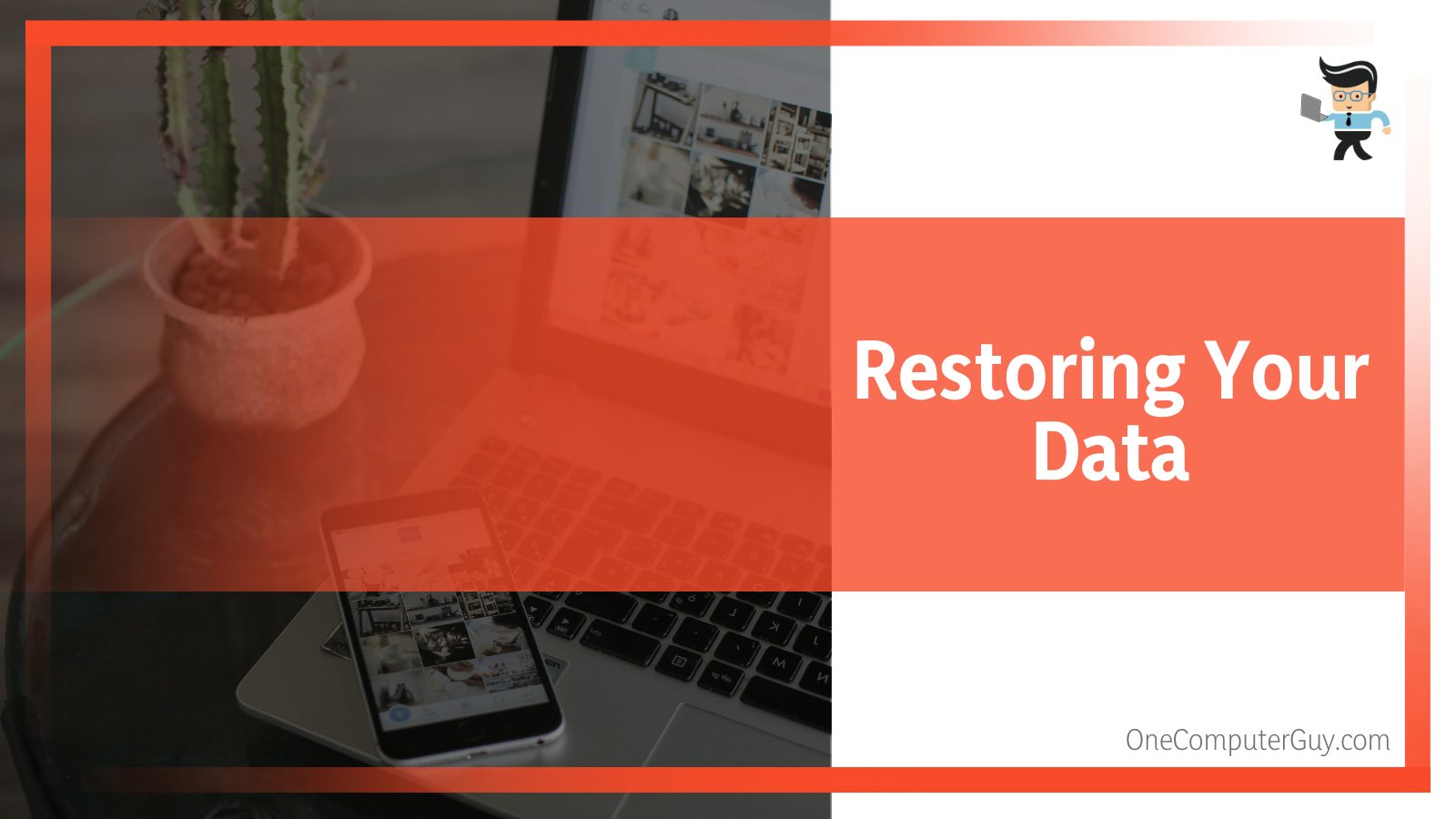 Uninstalling iOS 10 or any other iOS without a computer is impossible.

Here is a quick summary to keep in mind when looking for how to downgrade iOS no computer or how to remove iOS 15 beta from iPhone.

If you delete your beta version profile, the OS will still remain on your device and you’ll need a PC to remove it or get a stable version.

Also, once a stable version of the beta operating system is available, you’ll get a prompt asking you to download the stable version, thereby automatically removing the beta version on your device.