Trying to mount a monitor without VESA can be an ordeal if you don’t know what you’re doing, so our team is here to help you sort it out in minutes! 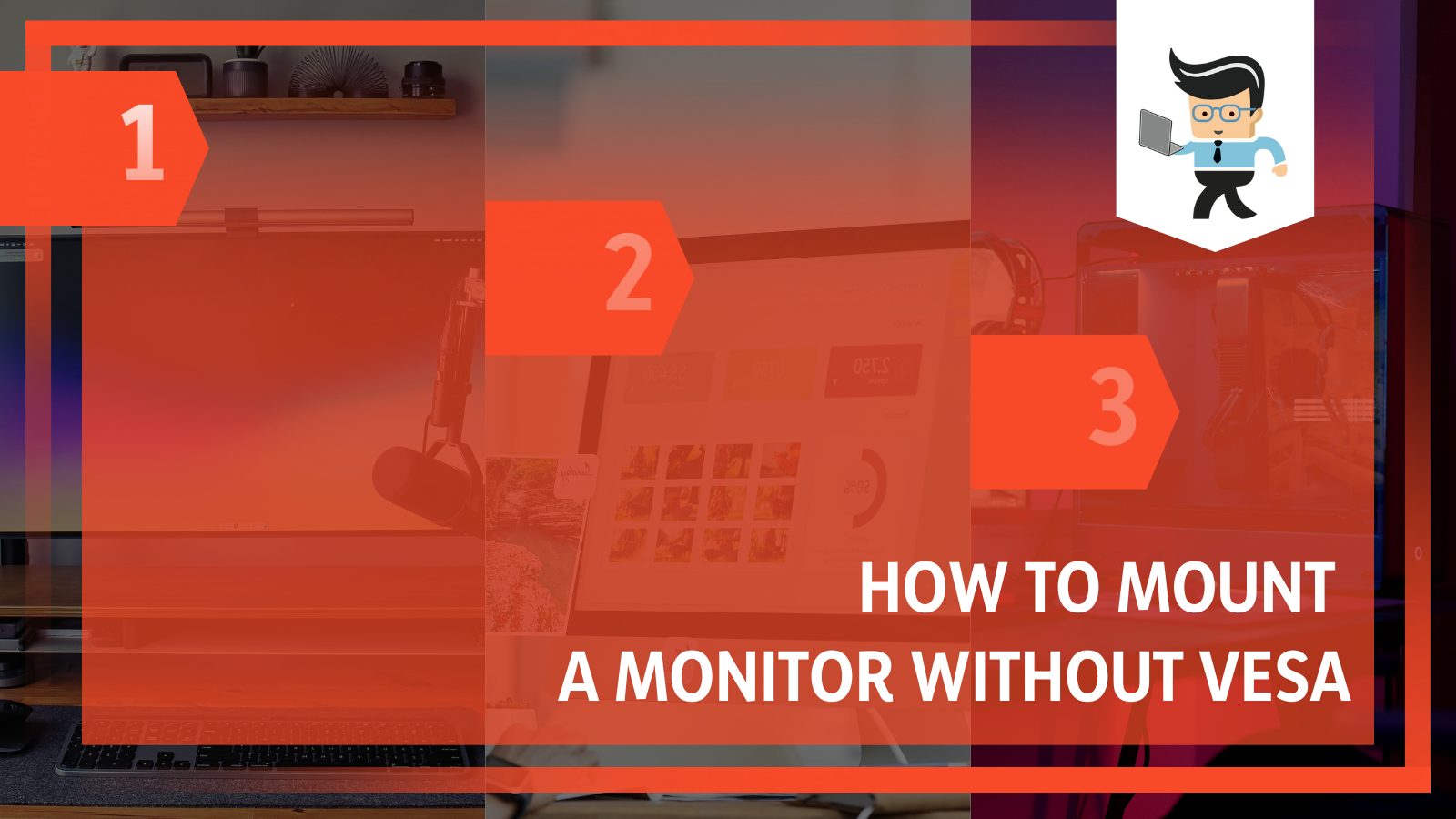 You might be looking to mount your monitor to the wall or your desk in order to declutter your workspace or just to get better ergonomics, but if you happen to be in this boat and want to learn how to mount a monitor without VESA, this is the best place for you.

In this guide, we’ll be discussing VESA and non-VESA mounts, as well as the ways you can mount your monitor without VESA.

Make sure to read until the end to get the full details on VESA and non-VESA monitors mounts, as well as a recommendation on which type of mount would suit you better.

How to Mount Your Monitor That Doesn’t Have VESA

Gathering the necessary tools and drilling holes in the proper places are the first steps in mounting a monitor without a VESA mount. Here is a detailed step-by-step procedure you can follow when undertaking this project.

– Get the Required Tools

Before you start the mounting process, make sure you have all the necessary tools. You’ll need an appropriate kit for a VESA compatible mount adapter for your device, a wrench, and a screwdriver, at the very least. You can move to the following step once you have these three tools.

– Locate the Studs on Your Wall

As soon as you have all of the required tools and materials, you may start mounting the monitor. Finding the wall studs is the first thing you should accomplish. It is essential because you will need to screw the mount into the studs in order to securely secure it.

You can find the wall studs by tapping on the surface with a screwdriver or a hammer. If you strike a stud rather than drywall, you’ll hear a distinctive sound.

It is now time to drill holes so that the object can be mounted after you have located the studs. 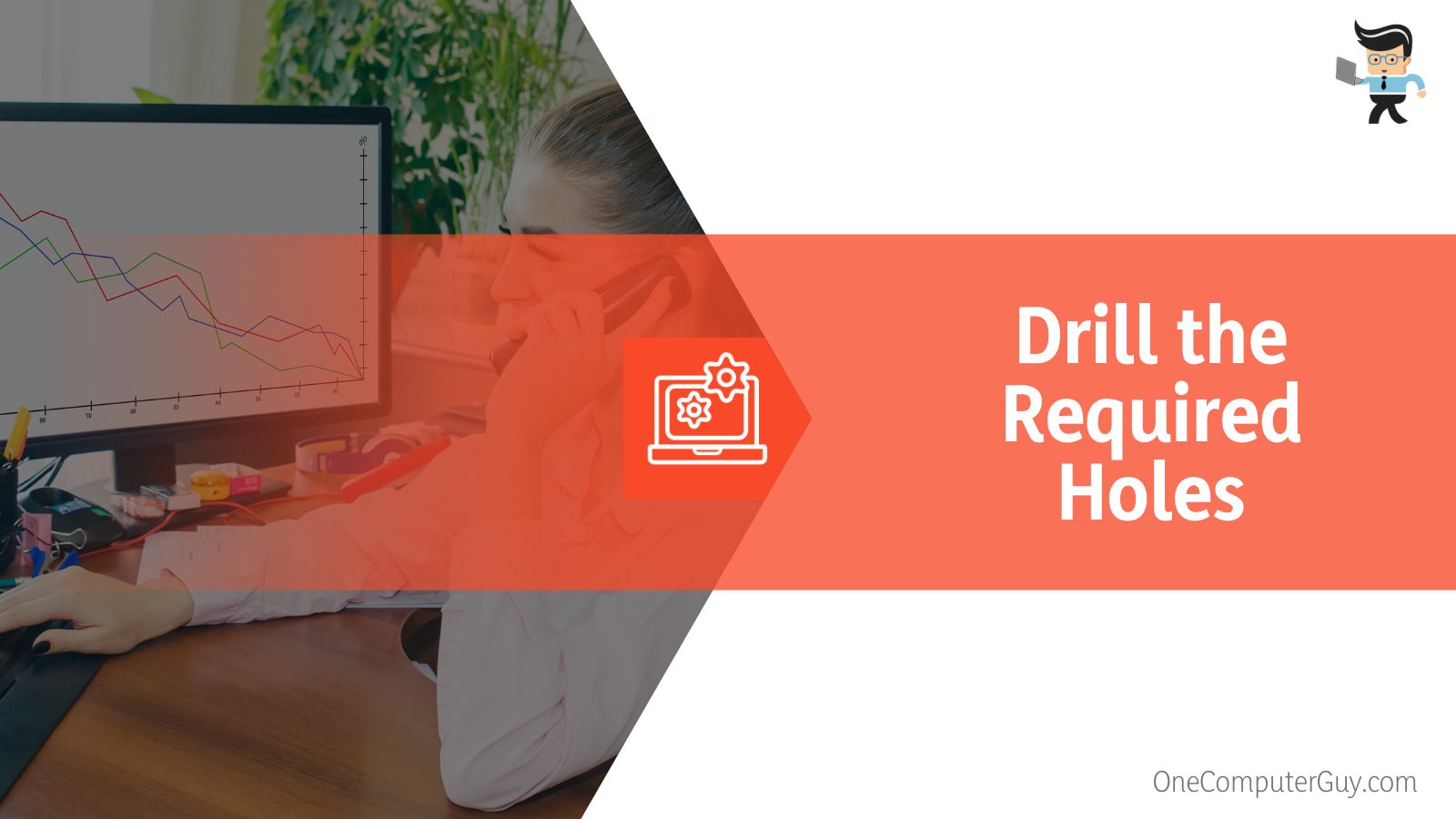 The directions must be followed precisely because they will vary depending on the wall mounts and adapter VESA mount you use. The most popular technique is to drill two holes for each mount that you use.

– Attach Mount to the Wall

Once the mounting holes have been made, it is time to use the proper hardware to fasten the mount to the wall. Depending on the quantity, you can use screws or nails to complete the task. Make sure you check the instructions once more with your particular VESA mount kit.

– Attach Your Monitor to the Mount

The monitor must be mounted before being suspended from the mount, which is the last stage. To do this, you can either screw or clip the monitor into the mount, depending on how much space you have available. You can turn on the monitor and make any necessary changes when it has been properly mounted.

How to Mount Your Non-VESA Monitor Without Drilling

If you want to mount a non-VESA monitor without drilling holes in your wall, you will first need to procure the right equipment and remove the monitor stand. This process is not too different from mounting a monitor using a drill, so let’s get to it.

– Get the Required Equipment

Make sure you have all the important tools on hand before you begin the mounting process. A wrench, a screwdriver, and at the very least, the proper VESA adapter kit for your device are required. Once you have these necessary tools, you can go to the next phase.

The base support for the monitor must be removed. Be careful not to scratch or harm it while doing that. Because several base stand screws are positioned inside the monitor, this is a highly delicate task. If you are careless when using these monitors, there is a higher risk of breaking the gadget.

– Attach the VESA Adapter to the Mount

The VESA adaptor will enable you to attach your monitor even if it isn’t VESA compliant. Incorporate the adjustable clamps into the permanent plates. Now put the adaptor screws in the mount’s VESA holes. You must modify the length of both plates to match the dimensions of your display (top and bottom).

Finally, use the VESA mount to secure your monitor, and you’re done. Make sure it is securely mounted to the wall, as an improperly mounted monitor can fall off or break.

How To Attach a Non-VESA Mount to a VESA Monitor

A non-VESA mount can be used with a VESA monitor; you only need to purchase an adapter for this purpose, and these adapters are typically quite affordable and simple to install. There are adapters that are available if you want to utilize a non-VESA monitor mount with a monitor that employs a VESA mount.

With the aid of these adapters, VESA standard mounts can be used with non-VESA mounts. All the hardware required to mount the majority of LCD monitors up to 27″ without a VESA mount is included in the VESA adapter toolkit. An adapter plate, screws, washers, and spacers are included with the kit.

No special tools are needed to install the VESA adaptor, which is simple to do. If you wish to use a non-VESA mount with a VESA-compatible monitor, that is a fantastic alternative.

When utilizing an adapter, there are a few things to keep in mind: the non vesa mount adapter might not give as much adjustment as a VESA mount, and it might not be able to carry as much weight.

Finding an adapter that fits your particular monitor may be tricky because non-VESA mounts are less standard than VESA mounts. To make sure you’re using the monitor adapter correctly, it’s also vital to read the instructions that come with it.

How To Convert a Non-VESA Mount to a VESA Mount

A converter can also be used to mount a non-VESA mount to a VESA monitor. It is possible to utilize a non-VESA mount with a VESA-compatible monitor by using a converter, which is a piece of hardware. Both fixed and adjustable versions of converters are offered.

Similar to adapters, converters might not provide VESA mounts with as much adjustment. Additionally, they might not be able to bear as much weight. Since converters are less common than adapters, finding them could be challenging.

Choosing between a VESA mount and a non-VESA mount will depend on the size and weight of your monitor, the type of mount you need, as well as your budget and skillset.

You might be wondering which sort of mount will work best for your needs now that you are aware of the distinctions between the VESA mount and the non-VESA mount bracket. Before choosing the kind of mount you should utilize, you may want to take into account the following factors.

A particular style of mount monitor bracket used to connect a monitor to a computer is called a VESA mount. It is a standard option for people who desire an effortless way to connect their gadgets because it is standardized across the majority of monitors. You must use a VESA mount if your computer lacks the right kind of port to connect your display.

A non-VESA monitor mount is used to connect a monitor to a computer without utilizing VESA. Although less frequent than VESA mounts, this kind of bracket can be helpful if your computer lacks the proper port to connect your computer monitor.

A VESA mount is most likely your best option if you have a large display for mounting. This is due to the fact that non-VESA mounts often do not provide as much adjustment as VESA mounts. If you don’t know the size of your monitor, you can quickly and easily measure it on your own before selecting a mount. 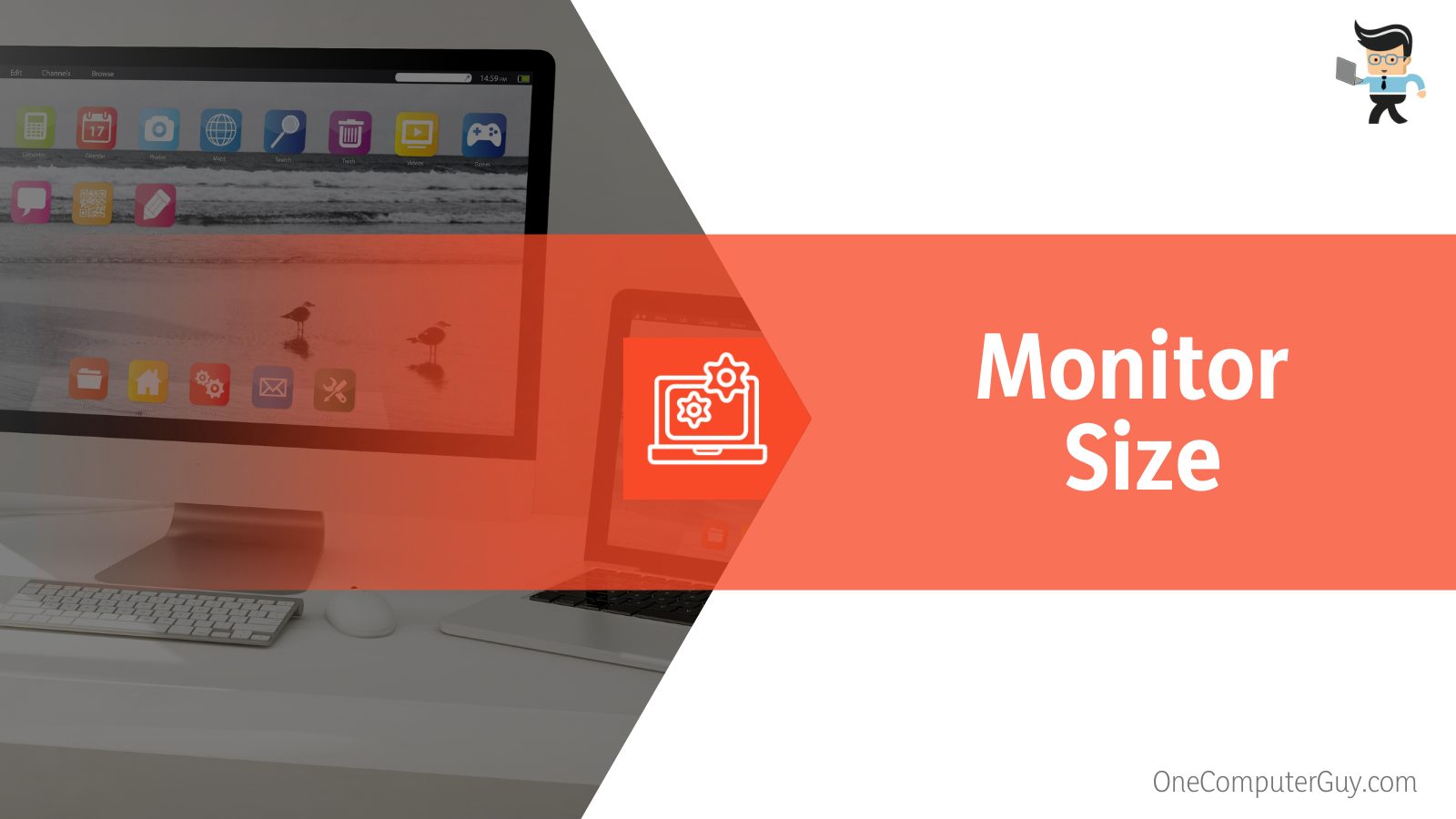 You should make sure that the monitor mount you select can support the weight of your display if it is a heavier monitor. To support heavier monitors, VESA mounts are frequently built to be reasonably robust.

You should keep in mind that non-VESA mounts might not be able to support as much weight as VESA mounts can when selecting a mount.

Mounts can be fixed in situ or altered to meet specific requirements. The best option is a VESA mount if you require a mount with lots of adjustment options and desire greater flexibility in terms of how often you utilize it.

Consider employing a monitor mount that is not VESA-compliant if your budget is tight. Compared to alternative mounting options, VESA mounts are typically more expensive, so if you are constrained with regard to your budget, it might be better for you to get a non-VESA mount.

This is only if your monitor isn’t too big or too heavy. If it’s on the bulkier side of the spectrum, it will definitely be better for you to get a VESA mount to protect your monitor from any damage.

If you feel confident working on DIY projects, a mount that is not VESA-compliant can be a good option.

This is because installing them can be trickier than installing VESA mounts. That’s not to say that installing non-VESA mounts is too harsh of a job; you can easily do it yourself, but then again, not all people would have time for this sort of project.

– Do All Monitors Have a VESA Mount?

Not all monitors have a VESA mount, but the majority of contemporary flat-panel TVs and brands such as Samsung monitors are created with VESA compliance in mind.

Simply look at the back to see if your computer monitor conforms to VESA requirements. You should see the typical four-hole screw pattern at the back of your display if it complies.

– Can You Put Any Monitor on a Mount?

Yes, all monitors can be mounted. Since the vast majority of modern monitors have a mounting plate on the back, it is straightforward to utilize widely-used monitor mounting products. Even ancient CRTs or monitors without this configuration can be attached.

It is relatively simple to use commonly used monitor mounting items because the great majority of contemporary displays feature a mounting plate on the back. It is possible to attach even vintage CRTs or monitors without this arrangement.

In light of all the information and data compiled, we can safely say that the VESA mounts happen to be better in most respects as compared to the non-VESA mounts, even though they are more costly.

From the information shared in this article, we can summarize this discussion with several points:

VESA mounts can sustain more load and are of a higher quality than non-VESA mounts most of the time, so if you’re looking for a mount for your monitor, we’d suggest using a VESA mount for a better experience.