It’s quite rare to see articles on how to change HDMI output to input on laptop, but you know that you’ve heard of other people doing it. So how is it possible? 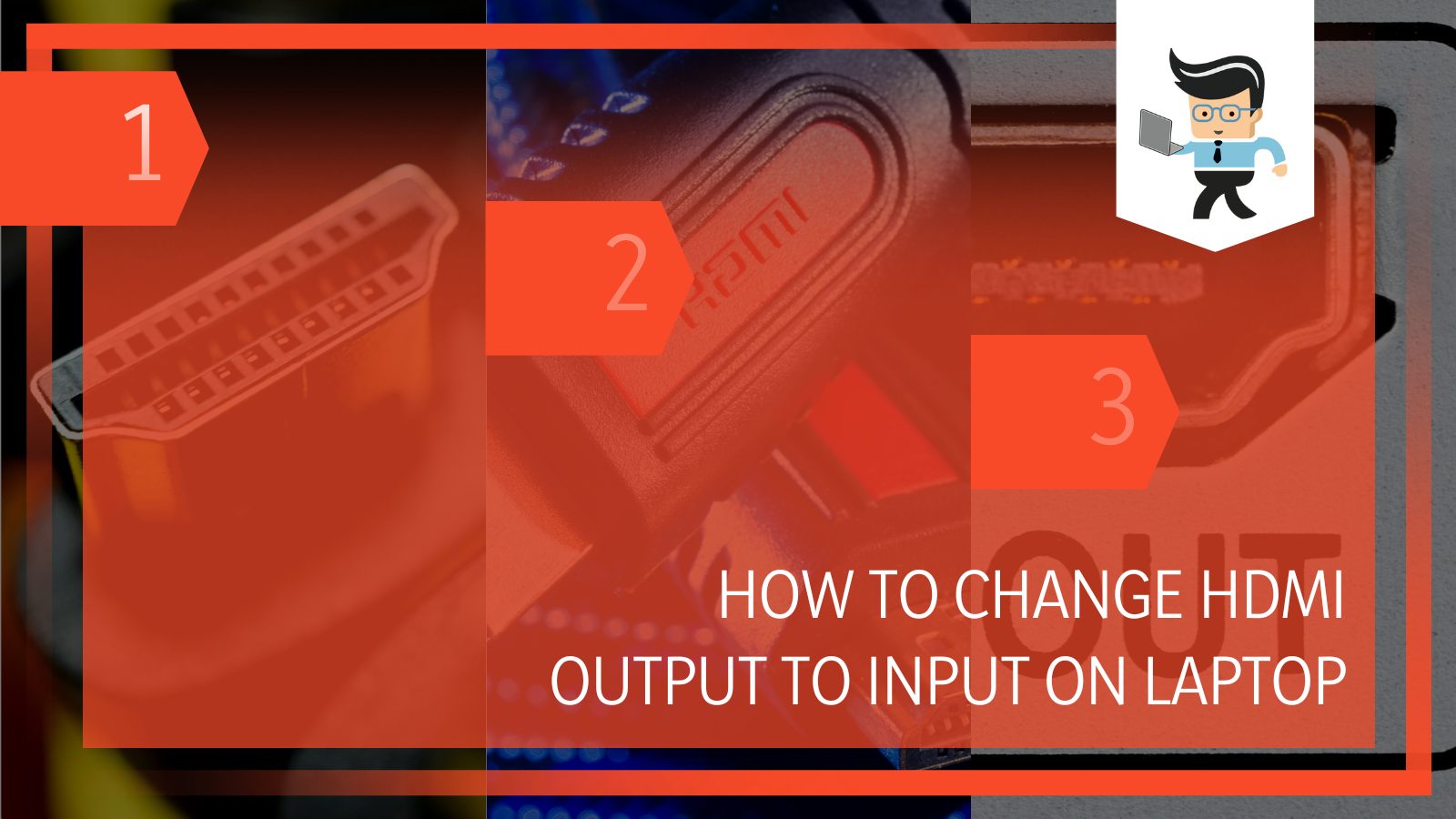 The short answer is that yes, it is possible to switch your laptop to an HDMI input. You will need an HDMI cable, access to a working monitor (the one on the laptop ideally), and some time.

Keep reading our guide, as it makes it easy to use laptop HDMI as input or turn laptop HDMI from output to input.

How To Change HDMI Output to Input on Laptop?​

This is interesting to many computer builders because it is one of the only ports on computers that you cannot change or switch around even a little bit. Why? It has a lot to do with how the ports are constructed and the very specific jobs they do.

Just What Is an HDMI Cord?

HDMI cords connect one device to another when video and audio quality matters. It helps to take content from your laptop, for example, and project it onto a bigger screen like a television. These cords and ports are usually used when there is a group of people who need to be able to see and hear something. 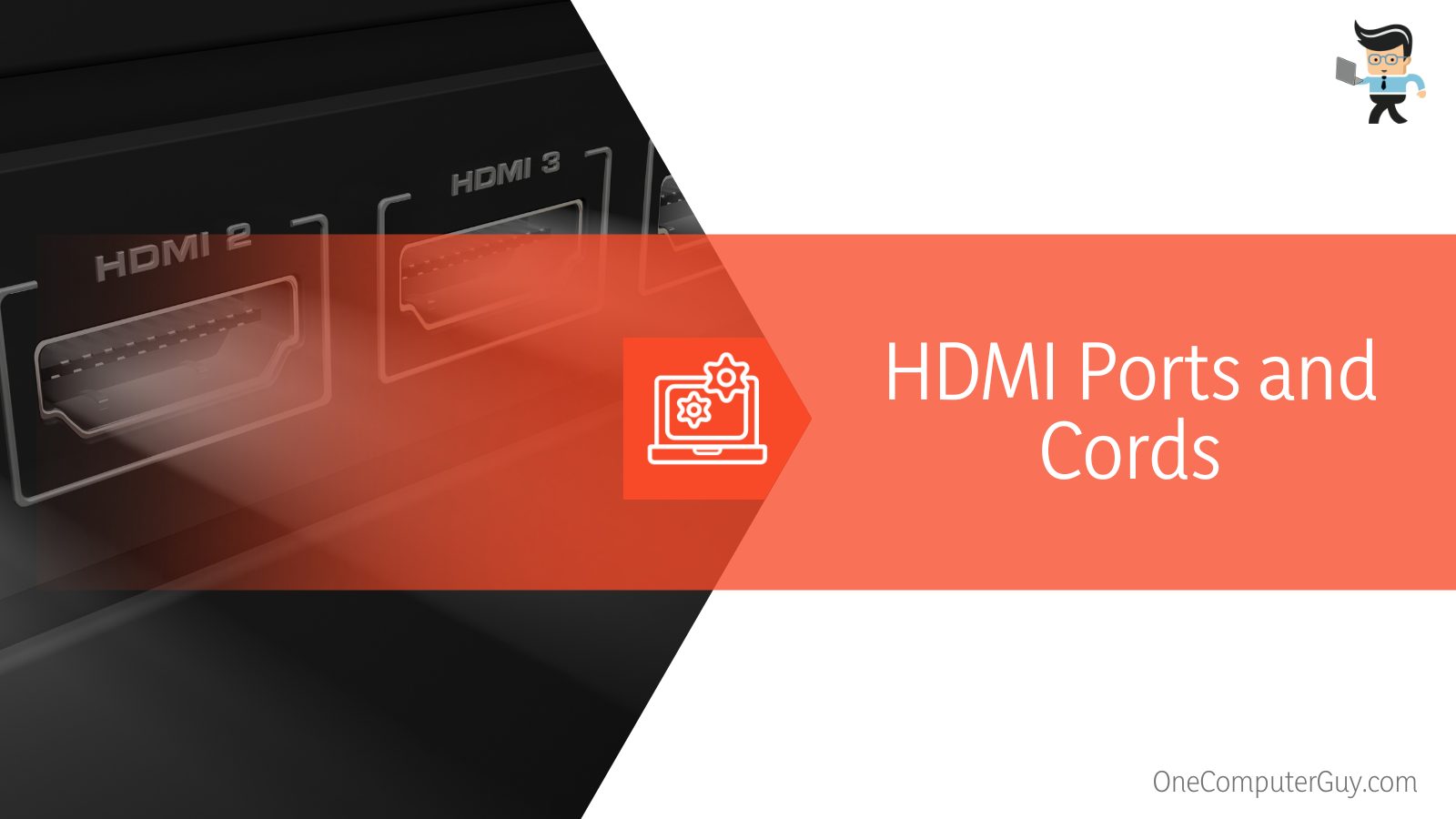 HDMI ports and cords are designed to be able to transmit audio and video files from one device to another one without making compromises. What you see on the laptop will show at almost the exact same time as on the television. Under the best connections, you won’t be able to tell the difference unless you have a very keen eye.

Why Are HDMI Cords So Popular?

HDMI cords are popular because they are one of the only options for high-quality audio and video transfer. However, the biggest selling point is that HDMI cables have been used for years and they haven’t changed all that much from a functionality standpoint. While they have gotten better, the ports themselves haven’t changed at all. This means a cord purchased in 2021 will work on a laptop purchased in 2013, and the reverse is true as well.

HDMI cords are simple and easy to use. In the past, people would need to use multiple cords for audio and visual connections but the HDMI cord put everything into one port. They are specifically designed to have a huge bandwidth of up to 10.2 Gbps, which is about two times the bandwidth required for most video.

HDMI isn’t only used for streaming and video, however. It is the best way to connect a gaming console to a television or computer screen and get the full experience of the game.

What Does the HDMI Output Do? 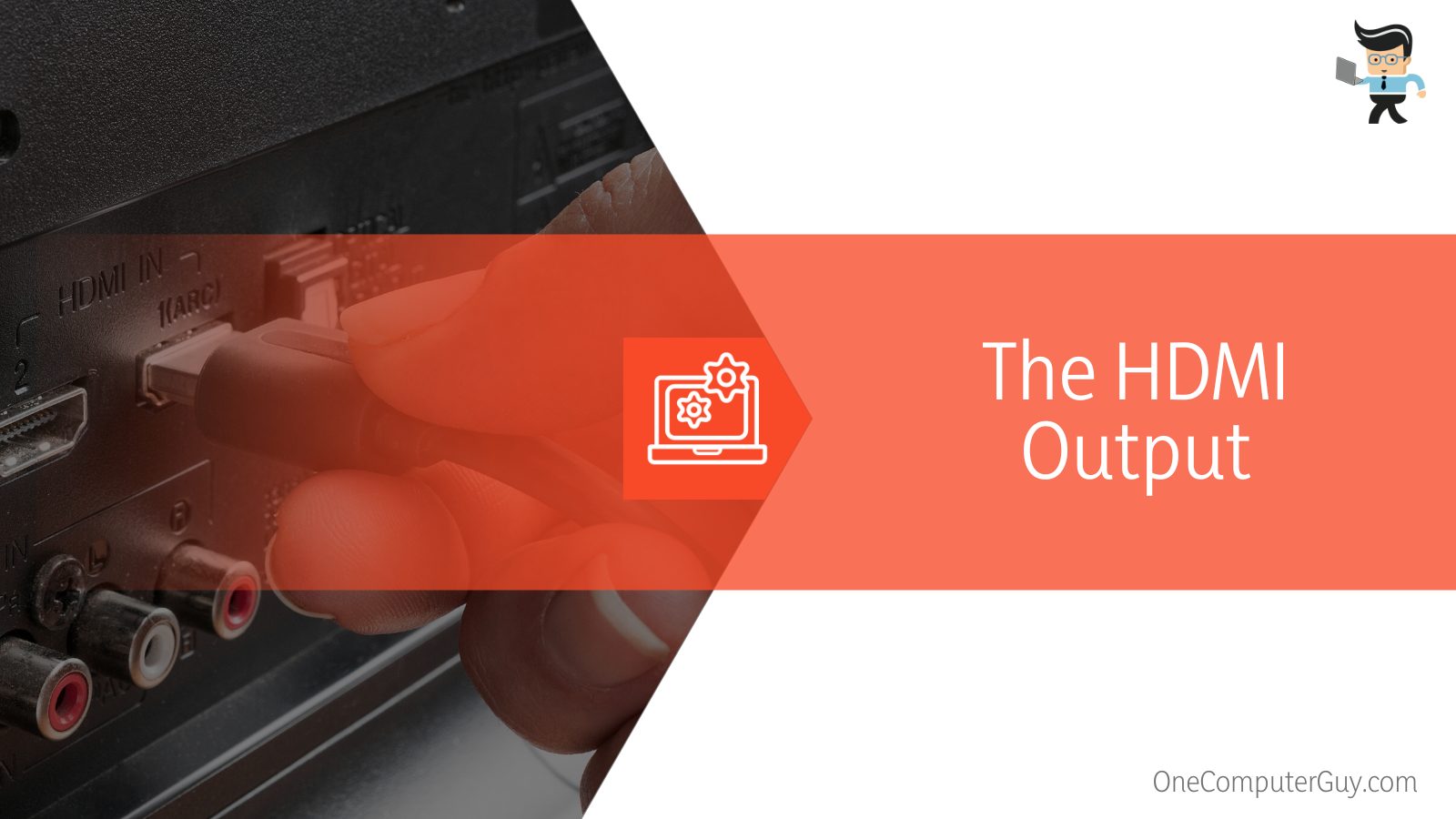 What Does an HDMI Input Do?

If this is something that matters to you, which it does for some professionals and gamers, then you will want to ensure it has both ports when you are purchasing a laptop. More expensive laptops will have both ports, but it is hard to find something in the “affordable” range that has both.

What Are the Different Types of HDMI Ports?

There are a few different types of HDMI cords and ports, but as mentioned before, the goal has been to keep things as simple and future-proofed as possible.

The cords themselves have gotten faster and the ports have become tougher and stronger, but the functionality and technology behind them have stayed largely the same. That is why the old HDMI cord from years ago still works in newer machines.

Still, there have been some minor changes and compatibility adjustments so there are different versions:

The most common type of HDMI port that is used in most technology, including laptops, gaming consoles, TVs, monitors, and more. It is compatible with DVI equipment as well. This type of HDMI cord can be purchased at any big box store.

The most future-proofed of the ports and cords, it has been designed to match with screens as they get higher and higher resolutions. It has 29 pins to accomplish better transmissions. However, this type of port isn’t used in most builds just yet, nor are cords widely available.

However, in just a few years, this will be the predominant cord and port. 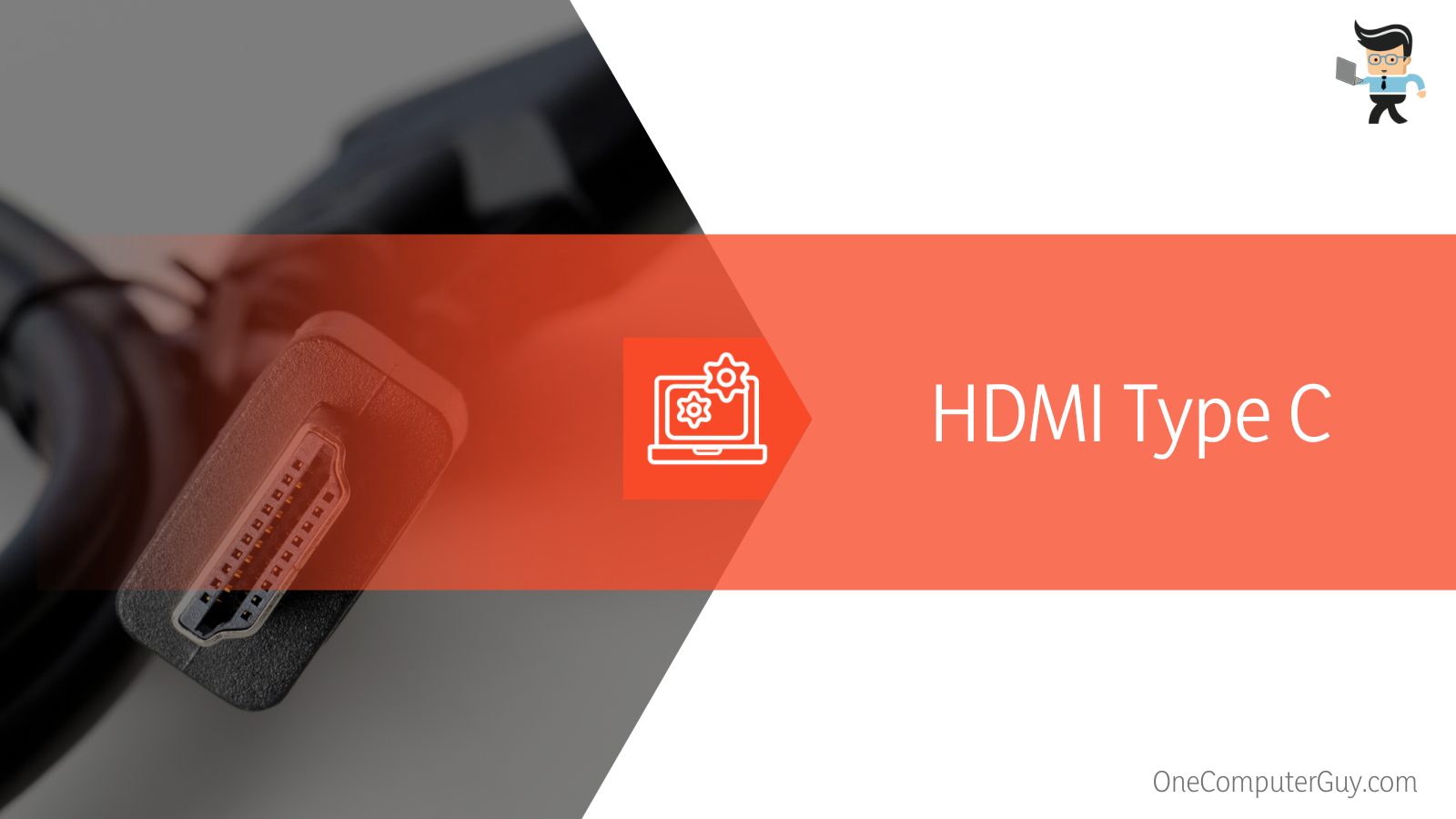 Dubbed the “Mini HDMI,” this port and cord has 19 pins and has been designed for cameras and tablets. It is great for showing a group of people pictures from a vacation, wedding, or other special photography session. It is mostly used by professionals.

Called the “Micro HDMI,” this one also has 19 pins and has been designed to work with smartphones. This cord can be quite expensive, particularly for the ones that last a long time and are good quality, but there are some practical reasons to have them.

Can’t I Just Turn the HDMI Cord Around?

No, most HDMI cords are reversible but it will not change the direction of the data transfer. The ports on both the television and the laptop (for example) have been designed to only do one thing.

There is no way to change the input and output directly. Their functionality depends on circuitry and you won’t be able to change that, even if you have incredible computer savvy.

How Do I Configure My HDMI Ports?

Configuring your HDMI ports depends on whether you are using the HDMI Output or HDMI Input ports. In order to set your HDMI Output as the default, follow these steps:

Your HDMI Output port should now be the default output source. 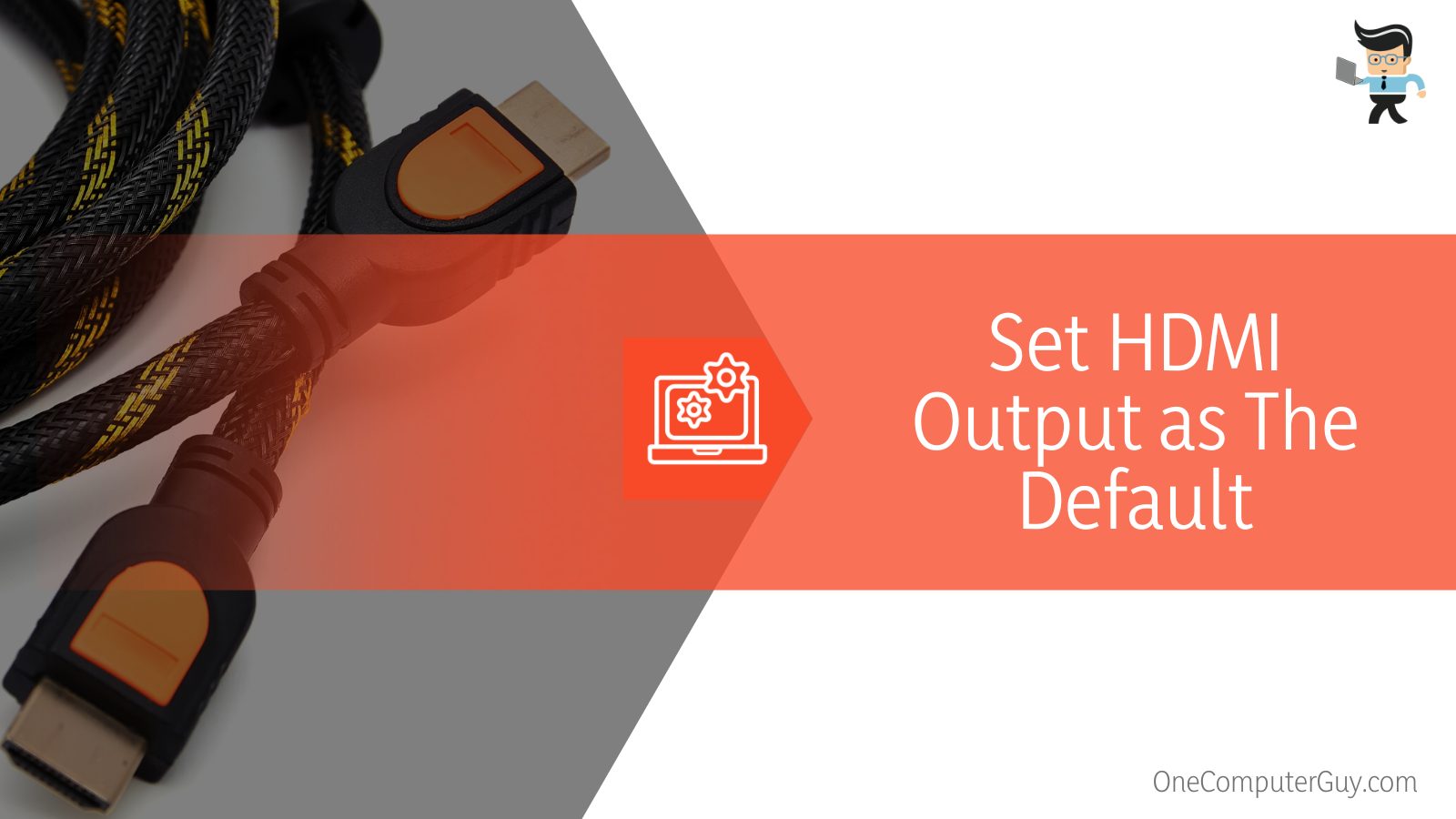 If your computer is among the 10 percent that has an HDMI Input port on it, switching it to the default is easy.

Once you can see your laptop screen on your television, the connection should stay strong.

Can I Connect Two HDMI Outputs?

Physically, there is little stopping you from connecting two outputs with an HDMI cable. However, nothing is going to happen if you do this. In some very rare cases, you may cause an issue with the cord, but this is only if you have cheaper cables that are weak to begin with.

Understanding more about the HDMI output and Input, it becomes clear why you can’t just change the HDMI Output to Input on laptops. This isn’t even a feature that is going to come in the future: computers or laptops that need both will simply have both. It is very hard to imagine that there will be a port with a switch.

Unless you have two ports, it is impossible to stream content from somewhere else to a laptop, smartphone, or anything else that only has an HDMI Output.