According to Nvidia, the minimum GTX 1070 wattage needed is 500W. The card is known for its power, features 8 GB DDR5 GTX 1070 VRAM, and allows quiet, fast, and smooth gaming in titles you love the most. But the actual power it needs differs from one setup to the other. 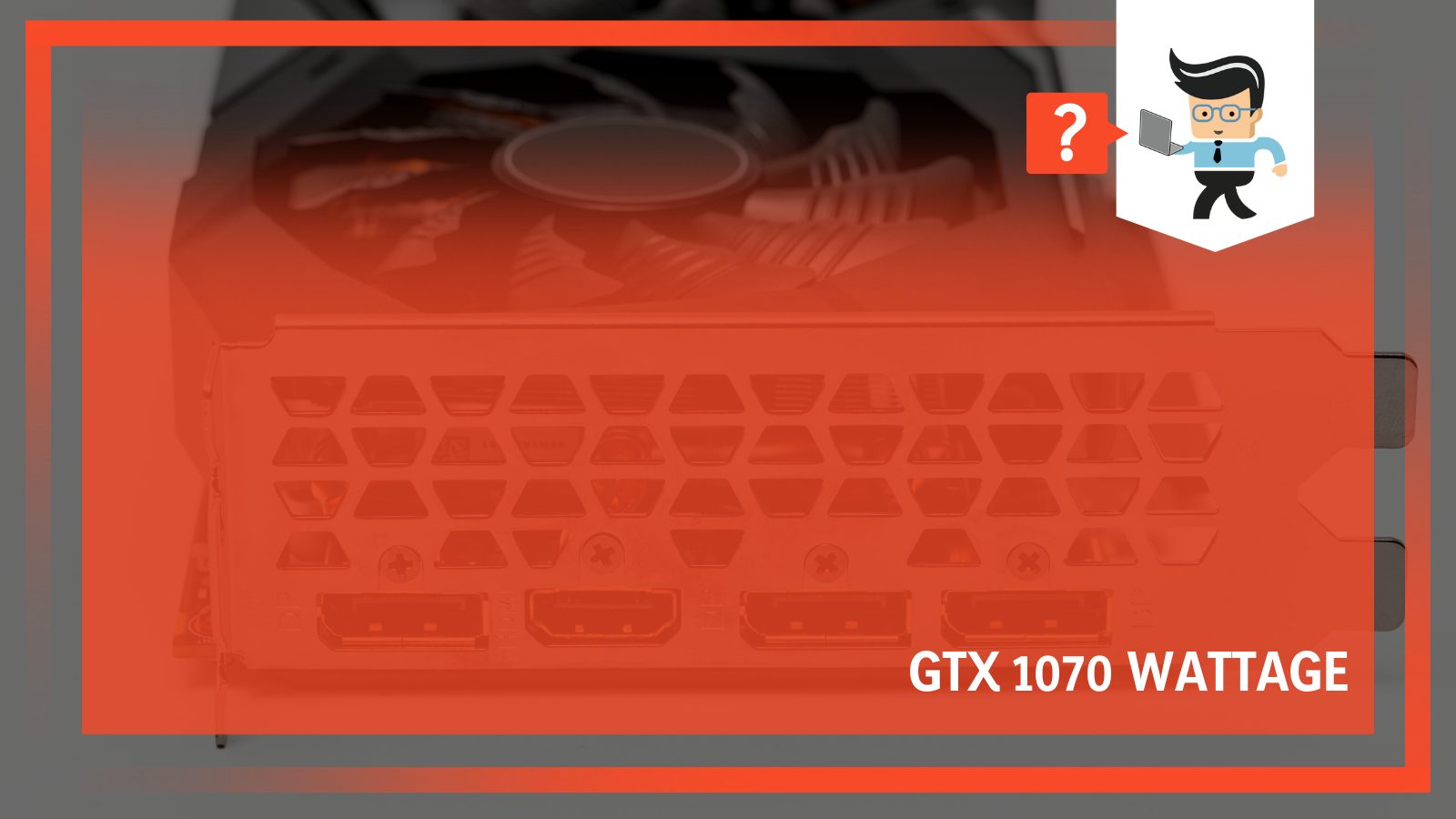 So if you’re not sure about the wattage you need for your setup, this article can help you better understand your needs so that you can buy a power supply accordingly.

Nvidia recommends a minimum wattage of 500W for the Nvidia GeForce GTX 1070. However, a number of factors come into play here. And depending on the build, a good-quality 450 Watt PSU should also be enough.

– What Does the Wattage Depend On?

Well, first of all, it depends on the rest of your build. If you have an impressive, power-hungry setup with numerous HDDs and SSDs, then even 500 Watts might not be enough. Of course, such a setup is quite rare.

But more important than the setup is the quality of your PSU. If you have a 450-500W PSU from a well-known brand, then it should be enough. However, if you have a no-brand, poor-quality PSU, it might not be sufficient at all.

Another important thing that plays a role is the number of watts it can do on individual rails. You can find these ratings on your PSU’s label. Some hardly pay any attention to the 12V rail shared by the GPU and CPU, which is a big red flag.

So, for instance, if your PSU specifications state that it can provide 450W on the 12 rail, then you won’t have any problems running a chip like an i7 along with 1070. And even then, you’ll have enough capacity for other parts like HDDs and fans.

However, if your PSU can only provide 200W on the 12V rail even though it is advertised as a 450W unit, it will most likely end up overloading as soon as you launch a game.

Just like the standard GTX 1070 card, Nvidia recommends 500W for this card, too. But as explained above, this might not be enough depending on your setup. At the same time, 500W can be too much if all you want to do is run a basic i5 chip along with the graphics card.

The i5 chip takes about 75W, while 1070 consumes 175W (when it’s overclocked), which leaves enough wattage headroom for the other components. 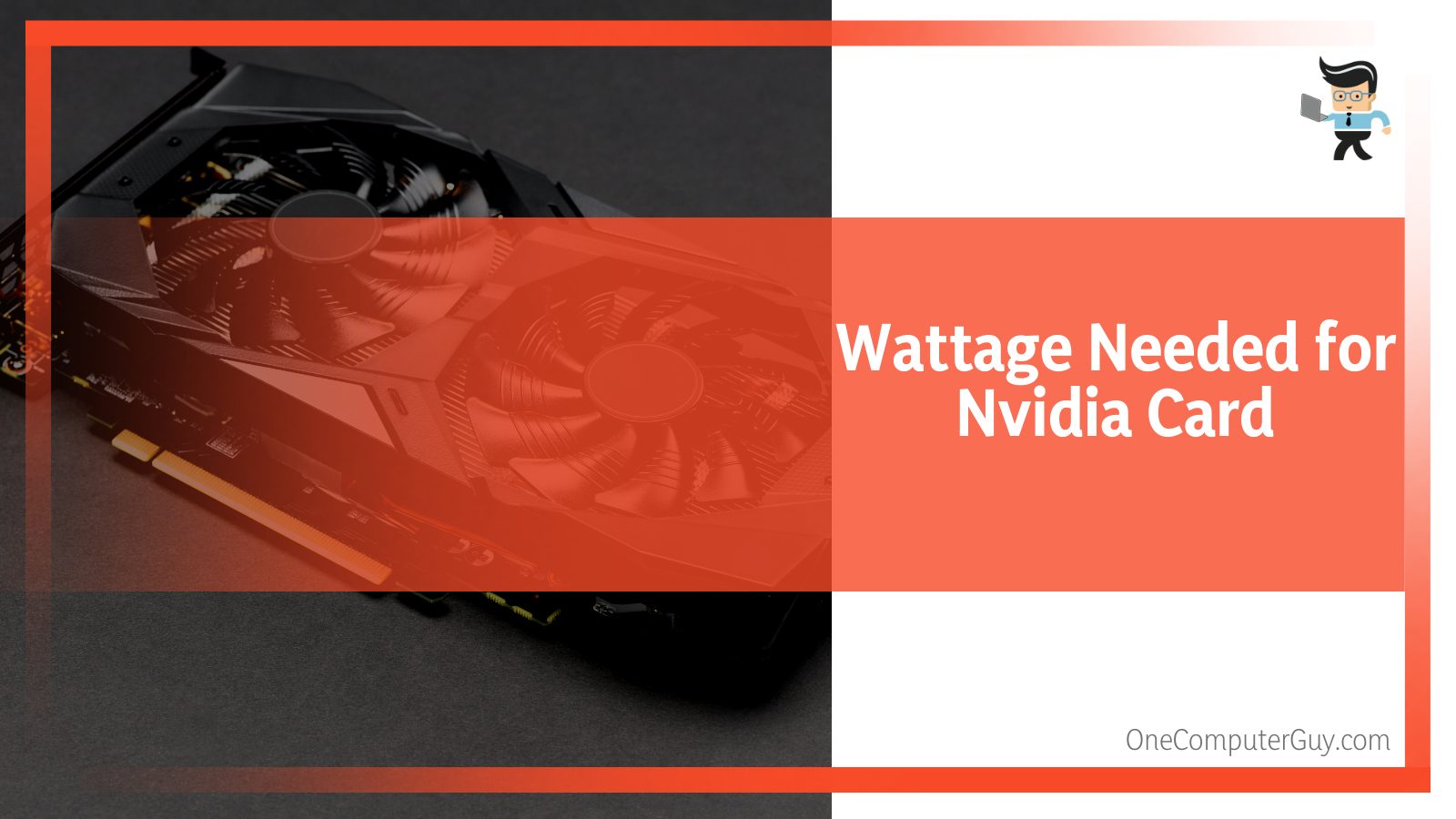 Both the MSI GeForce GTX1070Fe8g and the 1070 Ti consume the same amount of power when they’re idle, but that changes when you put a little load.

This highly depends on what CPU you’re running, as well as other components in the box. If the setup pushes the 450W PSU too much, it’s better to go a little up and use a 500-550W PSU.

To better understand the right GTX 1070 wattage, let’s break it down. On average, your chip, graphics card, and monitor consume around 300 Watts, and an HDD under load adds another 5-10W to that. So if you have a couple of HDDs or SSDs, you can expect the consumption to be somewhere around 350W.

Under load, this might stress your PSU very close to its rated wattage. While this shouldn’t be an issue in most cases, it’s best not to run the setup so close to the full load all the time. This is because it isn’t good for the PSU’s longevity. Plus, PSUs are highly efficient at 50-70%.

So what does this all mean?

The bottom line is that if your system pulls a maximum of around 300W, including the fans, SSD, HDD, etc., then 450W is more than enough. However, if the components are closer to pulling 400W, then it’s best to choose a 500W PSU.

Let’s break down the consumption of this setup to understand it better. In terms of wattage, 1070 consumes 150W while the overclocked wattage is 175W. And the i7-7700 is a 65W TDP processor. As mentioned above, the fans, drives, and RAM sticks take about 5-10W each, while the motherboard needs roughly 20W.

Assuming you have four RAM sticks, three drives, and four fans, your motherboard, along with these components, will consume 75W at most. Add to this the 65W for the CPU and the 175W for the GPU.

A 450W PSU will be too close to the actual load, which is never recommended. Instead, you’ll be good with a 500-550W. Any more than that is just unnecessary unless you’re planning on adding more components like a second GPU.

– How Much Is the GTX 1070 Idle Power Consumption?

The card consumes less than 10W when it is idle. Usually, it’s around 7-10W. In comparison, it consumes 33W at full memory speed and a clock. And in the adaptive mode, when nothing is used, the card clocks down to 2000 MHz memory and 139 MHz clock, which consumes around 7W.

– Does the GeForce RTX Need More Power Than the GTX?

The RTX series of graphics cards are more powerful than the GTX, which means they also consume more power than all the cards in the GTX lineup.

– How Much Power Does the GTX 1070 Consume for Mining?

Even though the 1070 is more famous for gaming, it’s also a great pick for cryptocurrency mining, especially since it has a high 30mh/s hash rate.

And if you consider the GTX 1070 power consumption, mining takes about 147 Watts with the display off, which is not much.

– How Much Power Do You Need for an Overclocked GTX 1070?

If you plan on overclocking the GTX 1070 or your processor, it’s best that you get something more powerful than the Nvidia-recommended 500W, especially considering the fact that a PSU’s maximum power efficiency is at 50% load. 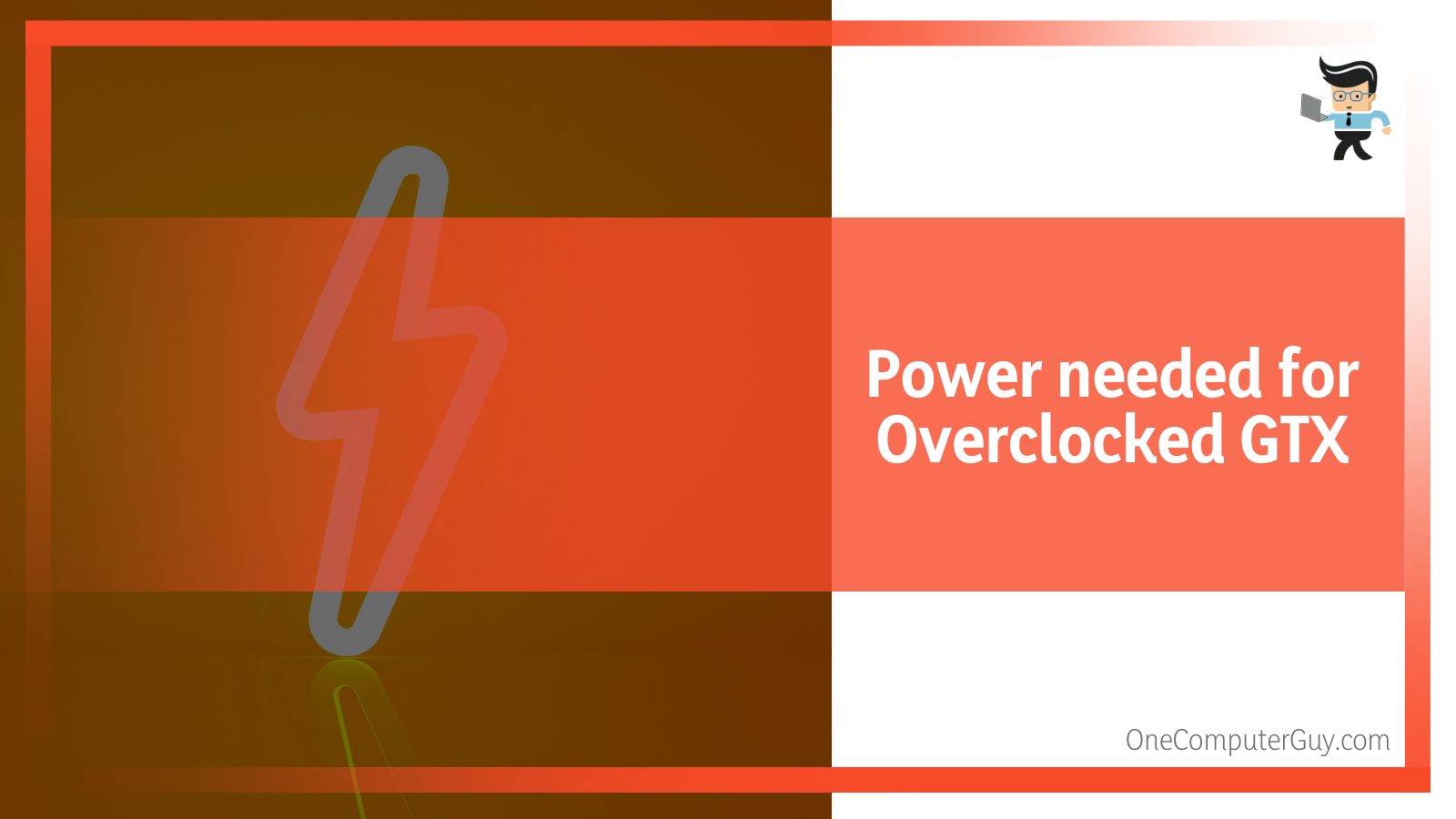 So, for instance, if your setup uses an average of 400 Watts, the most energy-efficient model, in that case, would be an 800 Watt power supply.

– What Happens if You Don’t Meet the Wattage Requirements?

If your PSU is unable to cope with your system’s load, it can result in crashing games or games freezing randomly, poor 3D performance, your PC resetting spontaneously, or worse, causing the PSU to break down completely and potentially damaging your components.

So when purchasing a PSU, your goal shouldn’t be to purchase a model with just enough power. A PSU at around 90% is never good. Instead, you should buy a PSU that doesn’t cross 70% even when you’re gaming.

– How Much Power Do You Need for EVGA GeForce GTX 1070 SC Gaming AXC 3.0 Black Edition?

Just like other GTX 1070 8GB cards discussed above, the minimum recommended power for this graphics card is also 500 Watts.

In this article, we’ve discussed the different GTX 1070 specs, including the ideal wattage you require. Let’s quickly sum up all that we’ve mentioned:

Just make sure that you purchase a high-quality PSU from a known brand so that you don’t put your setup at risk.