A DoS attack: ACK scan can be scary at first because you don’t understand what it is, and you immediately panic that your personal information has been revealed. As long as your system is protected, you don’t have to worry about DoS attacks and ACK scans. 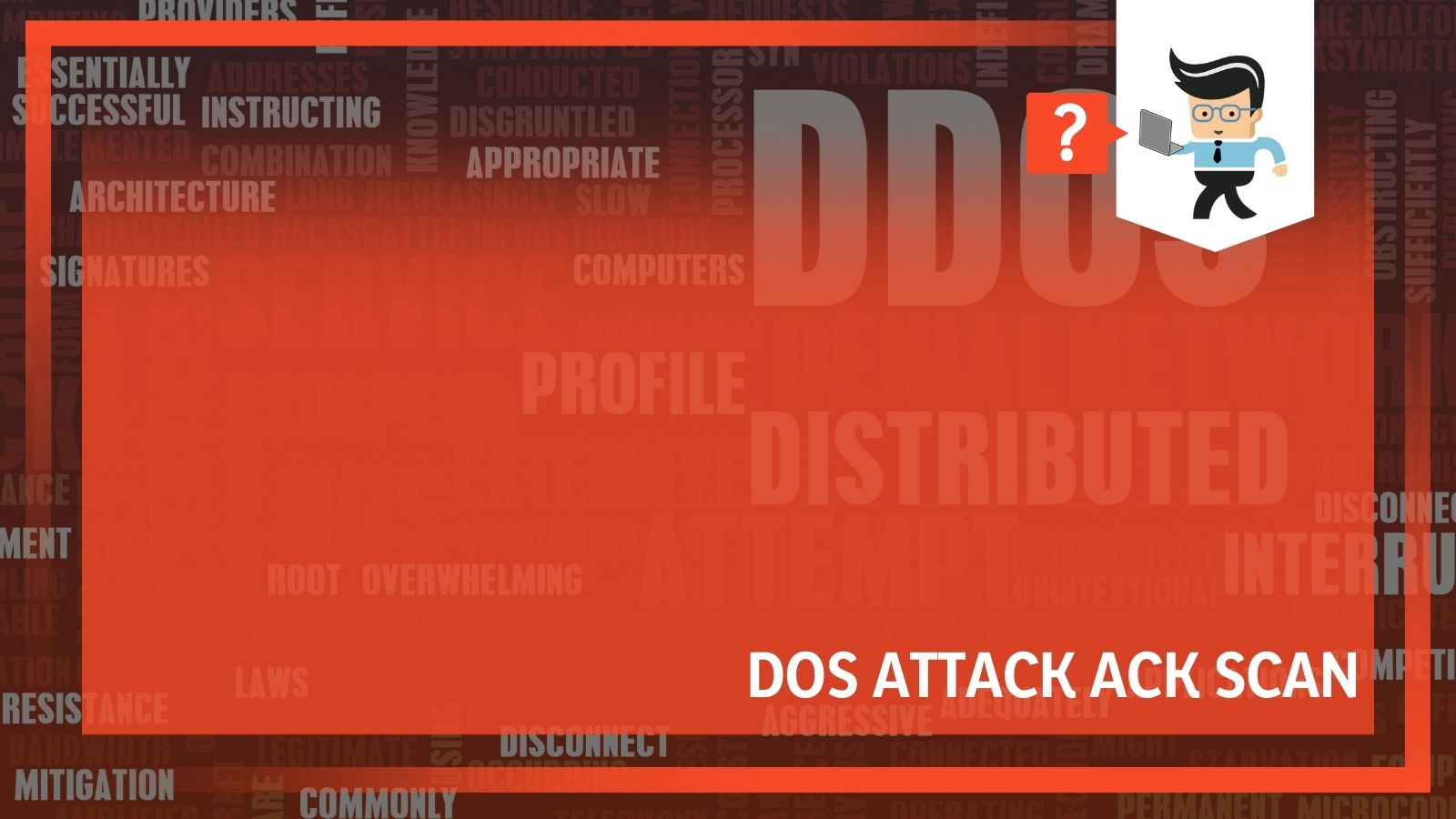 Someone is just looking for something that was left vulnerable. If you protect your computer, you won’t be that vulnerable person. If you haven’t protected your computer, then you may have an issue on your hands.

In fact, these logs and scans show that your security is working! It can be unpleasant, but it is a good thing. Keep reading to learn more about a DoS attack, ACK scans, and why you may not have to worry. The only situation you will have to worry about is if you own a business and handle sensitive information. Our experts will break down how to protect your information in that case as well.

What Is A DOS Attack: Ack Scan?

A DoS attack stands for “denial of service,” which means that it is intended to shut down an entire machine or network. It becomes inaccessible to users. DoS attacks do this by flooding a router with traffic or sending so much information that it crashes. The DoS attack ACK can deprive users of functionality, which can be frustrating in the least and debilitating at the worst.

Once a network determines an attack, it will immediately go into a scan. There are two types of attacks:

Flood Attacks occur when the system is inundated with too much traffic for the server to buffer. Generally, this causes the system to slow down or freeze. If you look in your DoS scan and see the following names, you likely had a flood attack:

• Butter Overflow attacks are the most common. They send more traffic to a network, and the system can’t handle it. It includes the other attacks on the list. A Butter Overflow will take advantage of bugs within certain networks or applications.
• ICMP Flood: This one uses network devices, sending spoofed packets that pint to every computer on a targeted network. This can cause a “ping of death,” which is as horrible as it sounds.
• SYN Flood: The least common, it sends a request to connect to a server but then never actually follows through and connects, leaving an open port. It then saturates those ports with requests, and users cannot connect. 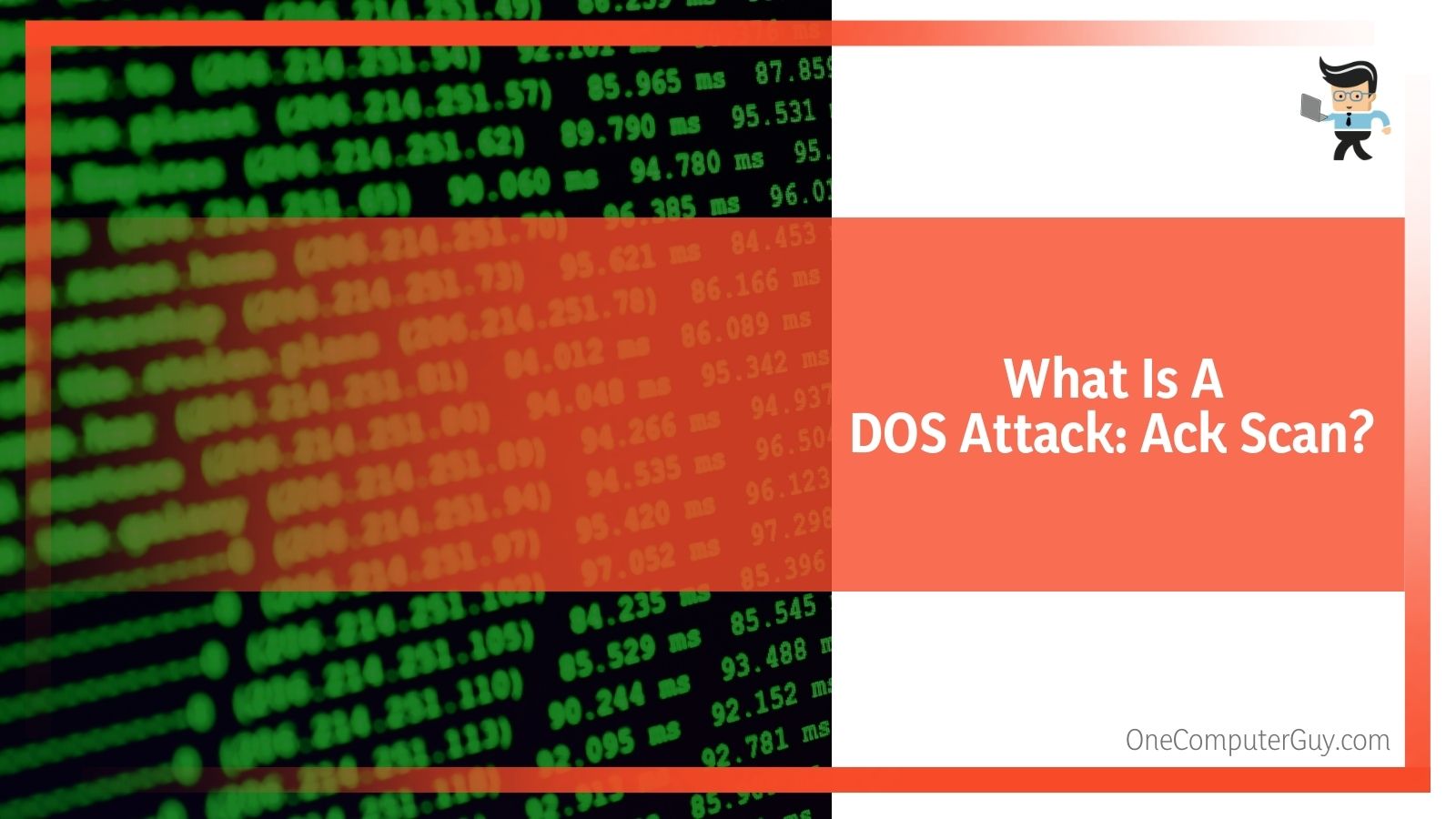 One additional type of DoS attack is called a DDoS attack or a Distributed Denial of Service Attack. This is when many systems are orchestrated to focus on a singular target. This usually takes place when there is a specific reason to attack a particular person. It doesn’t often happen at random.

This type of attack can cause many problems.

You only have to worry when you see repeated entries in your log.

Certain scans are routine, and there are vulnerable products that can lead to more attacks. For example, you are likely to see DoS attack ACK scans for Netgear devices.

While most DoS attacks won’t result in theft or exploitation of personal information, it can take a lot of time to deal with it and can even cost money to fix them.

To stop DoS attack ACK scans, the best thing to do is prevent DoS attacks themselves. Protect your computer against bugs, viruses, malware, and other problems that can leave it vulnerable. If something seems like it is wrong with your computer, get it checked out.

You can also take the following steps:

1. Develop A Response Plan For Attacks

If you do have private information on your computer, like for work, then you want to develop a response plan that you will take if you notice problems. Larger businesses will need to undertake this routinely, but anyone who handles credit cards or personal information should develop one as well. Think about the best steps you can take to avoid impact.

Securing your network is useful for many things, including DoS attacks. Make sure to look over your settings to have multiple layers of defense against attacks. Combine antivirus, VPNs, anti-spam, load balancing software, and firewalls. Together, these systems will prevent attacks that result in anything, even if they don’t stop the attacks themselves.

Most standard network equipment will come with some options available to you, but you will have to add more support. A great option is to use a cloud-based solution that enables you to pay for what you need.

Keep up with patches and identify any vulnerabilities. The worst thing you can do is keep a door open for your attacker.

Keep using strong security practices all over your computer. Having complex passwords that you change regularly can prevent you from any significant fallout of a DoS attack. If someone phishes you, report it and change your information. Secure your firewalls. Don’t put information on your computer that doesn’t need to be there.

These are practices that get overlooked because people don’t think they are essential. They may seem basic to you, but they work. There’s a reason they keep getting repeated.

Investing in robust network architecture isn’t at the top of every business’s list, but maybe it should be. Security is important, and companies need to create a network with redundancy. This means that if one server is attacked, the others are prepared to handle the extra work. Spread out resources so that if there is a bad attack, the entire business won’t drop. 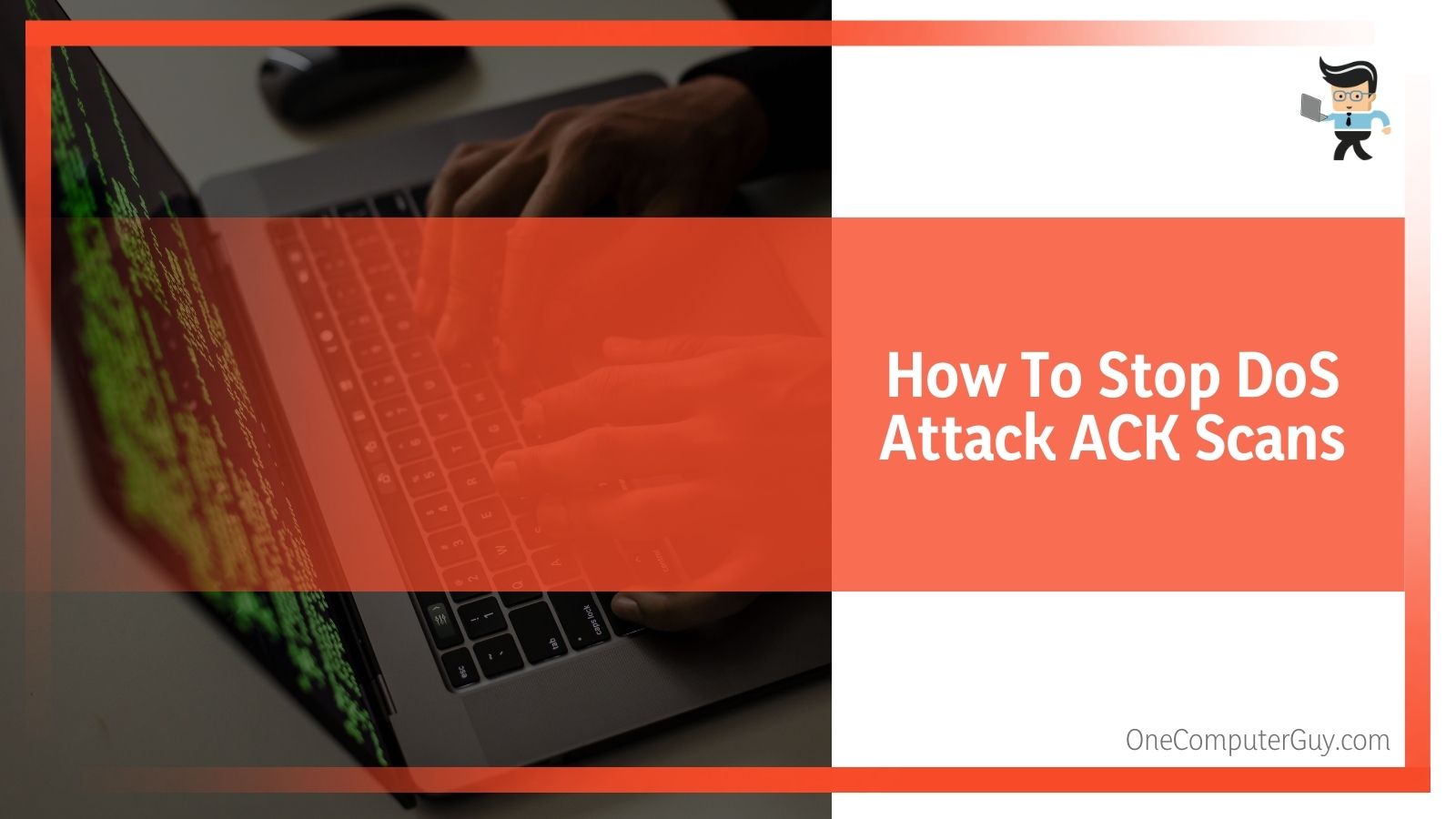 For home users, this step isn’t as important.

You should be able to spot the signs of a DoS attack pretty quickly. They include:

Warning signs manifest as anything that seems “off” on your computer. You should know when something isn’t performing as it should. Note that sometimes non-computers will show signs as well. If you have a smartphone, smart speaker, or another tech piece connected to the internet, you might spot the problem there first.

As mentioned, some companies create products that attract attacks. For example, NetGear and Amazon tend to get attacked most of the time because people have vulnerabilities in their hardware. Certain devices yield results for hackers, which means they get attacked regularly. The developers will come up with patches or fixes, so be sure to keep everything updated.

At the end of the day, sometimes there isn’t anything you can do to prevent attacks, which is frustrating. You have to be sure that when an attack comes, you won’t be the victim.

As long as you have a good antivirus and firewall on your computer, you shouldn’t have to worry about these scans. There isn’t much that ordinary people can do to prevent them from happening. You may notice more at specific times, and then they go away. The only problem comes when you start to see weird things on your computer.

Just take the same steps you would to prevent identity theft. For extra support and protection, be sure to read reviews of all the applications and software you install on your computer, as these can create vulnerabilities.

If you are using your computer or system for gaming, browsing the internet, and social media, it isn’t anything to worry about. If you own a business or work from your computer, then you may want to pay more attention as you have a target on your back.