Just because an all-in-one gaming PC has high specs, that doesn’t mean that it is a good computer for you. In fact, some gaming PCs aren’t all that great for gaming either. Other than building a custom all in one computer for gaming, you only have a few realistic options. 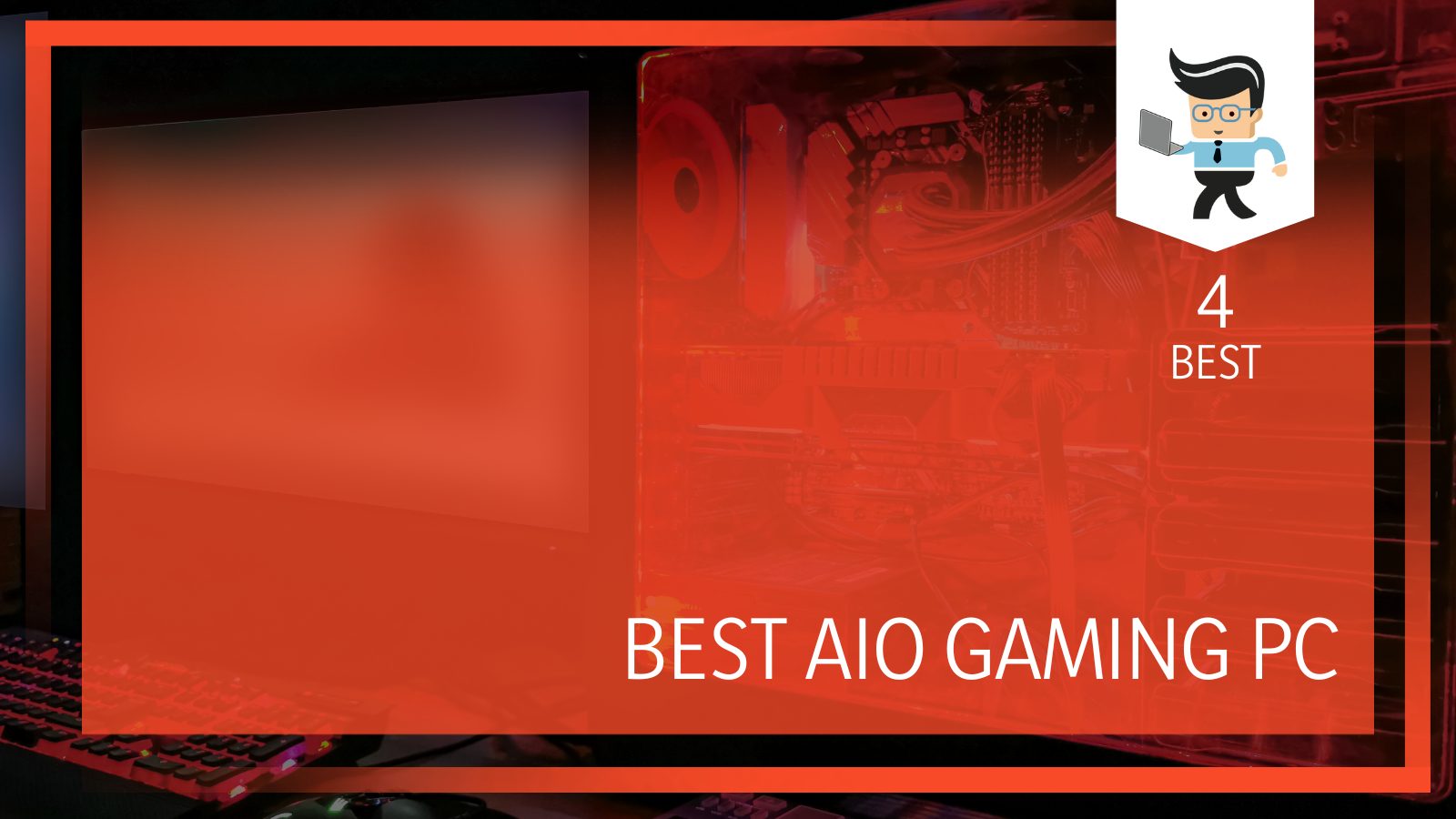 Most of these computers don’t allow for personalization, so you need to get as close to what you want as possible right out of the box.

When it comes to the best AIO gaming PC, there are a few top contenders that everyone seems to mention. We’ve taken them and broken down performance, accessories, desk appeal, and a few other key details:

The first AIO we are looking at is the Envy 32. This stylish computer is powerful, with a ton of added features. The speaker functionality is really where this AIO shines – if you play games with soundtracks you like, this is the best option.

There are plenty of ports to do what you need to do with the computer, and the ports are all enforced so that they will stand up to years of use. The camera can be hidden, so you won’t have to worry about anyone hacking in and taking a look at you.

The keyboard and mouse that come standard are fine-nothing to go on about, but still good pieces of tech.

Performance wise, the Envy is outstanding. It performs on level with many of the more expensive models. This is particularly evident in gaming.

The iMac Pro is the dream of many people who love computers because it is the most powerful Mac that Apple has ever made. Its specs are unparalleled and it is one of the best AIO computers on the market in 2020. It boasts features at a small size, making it perfect for those who need power but don’t have a ton of space.

The design is a feat of engineering in some ways. It is small and compact but still powerful. Almost all of the components are behind the 27-inch display, which makes the machine have a minimalist feel to it. It is lightweight (almost 22 pounds) so if you do have to move it from time to time, you won’t hurt yourself.

With all of that power in such a small place, it needed a cooling system. Luckily, Apple was able to create a dependable cooling solution so you don’t have to add anything externally (it’s not like you can anyway). At the same time, the computer is miraculously quiet. You won’t hear the fan working unless you are trying to overclock.

The Mac Pro comes with the Magic Mouse 2, the Magic Keyboard, and the Magic Trackpad 2. All of these are great, though the mouse does take some time to get used to if you are going to use it. Remember that this was created for professionals, so there is a high-tech feel to many of the accessories.

As with almost all other Mac products, this is an expensive computer. You will need to pay quite a bit for it, but the good thing is that this computer has lasting power. You won’t need to upgrade it and Macs tend to have fewer problems than other computers.

When Microsoft announced they were coming into the desktop computer business, people were hesitant. However, the results were stunningly beautiful but performance wise, they weren’t great. The Surface Studio 2 is still a beautiful machine. However, what is inside is completely new and it is better for it.

It’s still an expensive machine compared to the rest, but it has a far more powerful processor, better GPU options, and a proper SSD. There are still laptop components in it, which is what really made the first generation flop, but it has the support it needs to be a functional AIO computer.

Looks wise, this is a beautiful machine. It has the same display specs as the first gen: 28 inches, 4500 x 3000 pixels at 192DPI, 3:2 aspect ratio. Now, it is brighter and the pixel-dense touchscreen doesn’t show as many fingerprints. There are a few more Type-C USB ports, a full-size SD card reader, an Ethernet jack, and a few other ports. Some of them are a little more difficult to access.

While Microsoft has made improvements in performance, there are still some performance issues. It’s faster and more responsive than ever. The problem is that the computer isn’t for gamers. It is for creatives, so there are times when it just doesn’t feel right to play games on it.

Dell isn’t a company that is known for innovation when it comes to computers. Their generational computers, including the OptiPlex 27 7770 isn’t that much different from its predecessors. Sure, they’ve fixed a few problems, but it is largely the same thing you’ve heard about before.

The biggest problem with this computer is that it isn’t as powerful as it should be. The computer itself is primarily plastic and it feels (and looks) quite cheap. You can move it around, so if you need a flexible computer, this is a good choice. It goes into portrait mode, but it won’t recline. It’s just a bland looking machine, but it is sleek and small.

On the machine itself, you will get DisplayPort and HDMI ports, four USB 3.1 ports (Type-A), an Ethernet jack, an audio-out jack, and the power connection on the back of the machine. There are a few different storage options so you can get some personalization in this way, which is somewhat rare for AIO computers.

As far as the display goes, it doesn’t compare to the Mac reviewed above. Still, it is a good display that is effective at combating artificial lights, making it a good choice for office spaces. The sound is what really surprised us: the soundbar at the bottom of the computer produces rich music. It doesn’t go as loud as some of the other options, but the sound is good quality.

Overall, this isn’t going to be the prettiest AIO computer but it is a good choice for businesses that need to purchase a few computers and keep space free.

There is a 3-year warranty that is also enticing as it is the most comprehensive warranties you can get.

All of these AIO gaming PCs are good choices for certain things, but you have to pick and choose what you are going to use this computer for on a daily basis. Some seem to be better for content creation than they are for gaming.