Are you keen on understanding the fundamental difference between IPS glow vs backlight bleed? 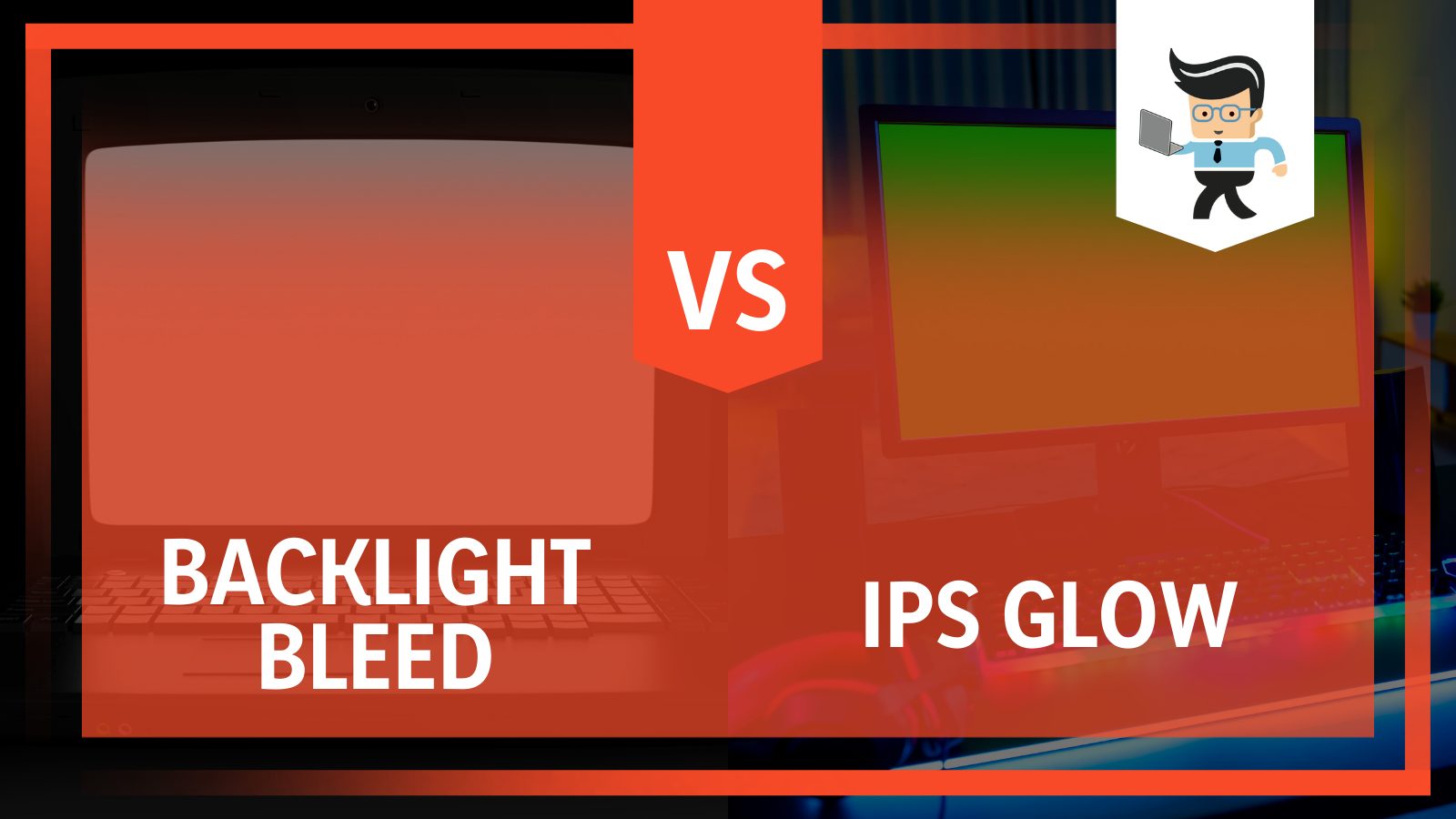 Many readers may have come across the above two phrases. But you may not know their meanings. We will make a complete effort to educate our readers on the differences between the two. We’re sure it will be useful to you, which may help you prevent these two problems.

In this article, we’ll outline the differences between backlight bleed and IPS Glow. But first, let us have some basic understanding of what precisely both these are. Once we have this understanding, it will be easier for us to differentiate the main points. Here’s what separates IPS screen bleed from backlight bleed.

What is IPS Glow?

Let us try and get a basic idea about IPS Bleed. It is not uncommon to see IPS panels emitting glows around the screen-corners. People often confuse this with monitor bleed, which it is not. It also is not backlight bleeding. 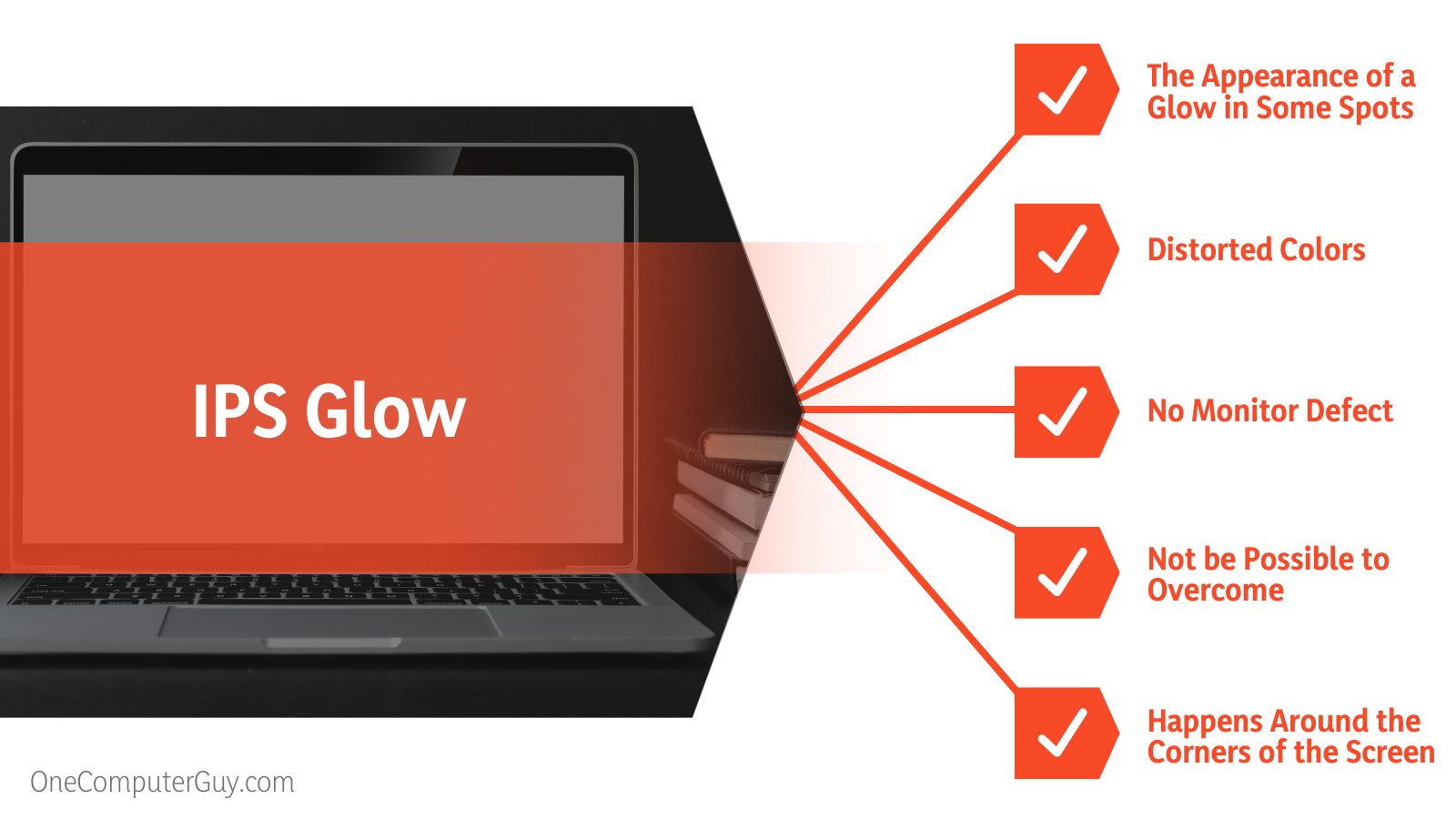 Backlight glow usually does not change in intensity when you look at it from various angles. But, the opposite is true for IPS glow. There could be some differences in IPS glow, depending on the angle you view the screen.

We also need to remember that IPS glow also cannot be eliminated or prevented. It is very much a part of the screen technology.

But, the screen quality does have a role to play in determining the level of IPS flow. So, spend money and choose a good quality monitor. Then the chances of suffering from unwanted IPS would be much lesser.

Let us spend some time understanding ways and means by which you can overcome IPS glow.

It may not be possible to overcome problems related to IPS light glow entirely. But prevention is always better than cure. If possible, try out the monitor before you buy it. Dim all the lights in the room and try and stop bright light infiltrating from outside your home.

The darker the room, the better your odds of finding the IPS glow. You’ll also have a better chance of using the right IPS glow fix.

You can come across some severe IPS glow problems even with some high-end models of monitor screens. Sometimes you can see it even in normal ambient room light. You can even come across it when the room is brightly lit.

Never go in for such monitor screens. In case you have already purchased it, ensure that you have it replaced or ask the seller to refund the money. Do not make any compromises on this.

What is Backlight Bleed?

There is nothing much the end-users can do when it comes to preventing backlight bleeding. But, there is one major thing that is under your control. It would be advisable to stop cutting corners when you are buying your computer monitor.

We also need to bear in mind that each panel and screen is different. It is thus quite possible that two identical monitors may behave differently. They may look almost the same. But, one screen may have backlight bleeding while the other functions well.

The best bet would be to be wise and informed when buying a monitor screen. It would be better to stay away from low-cost monitor screens. Resist buying them, even if they look the same when compared to the high-tech and high-end models.

Invest money in a high-quality monitor. It will bring down the risk of backlight bleeding.

How to Overcome Backlight Bleeding 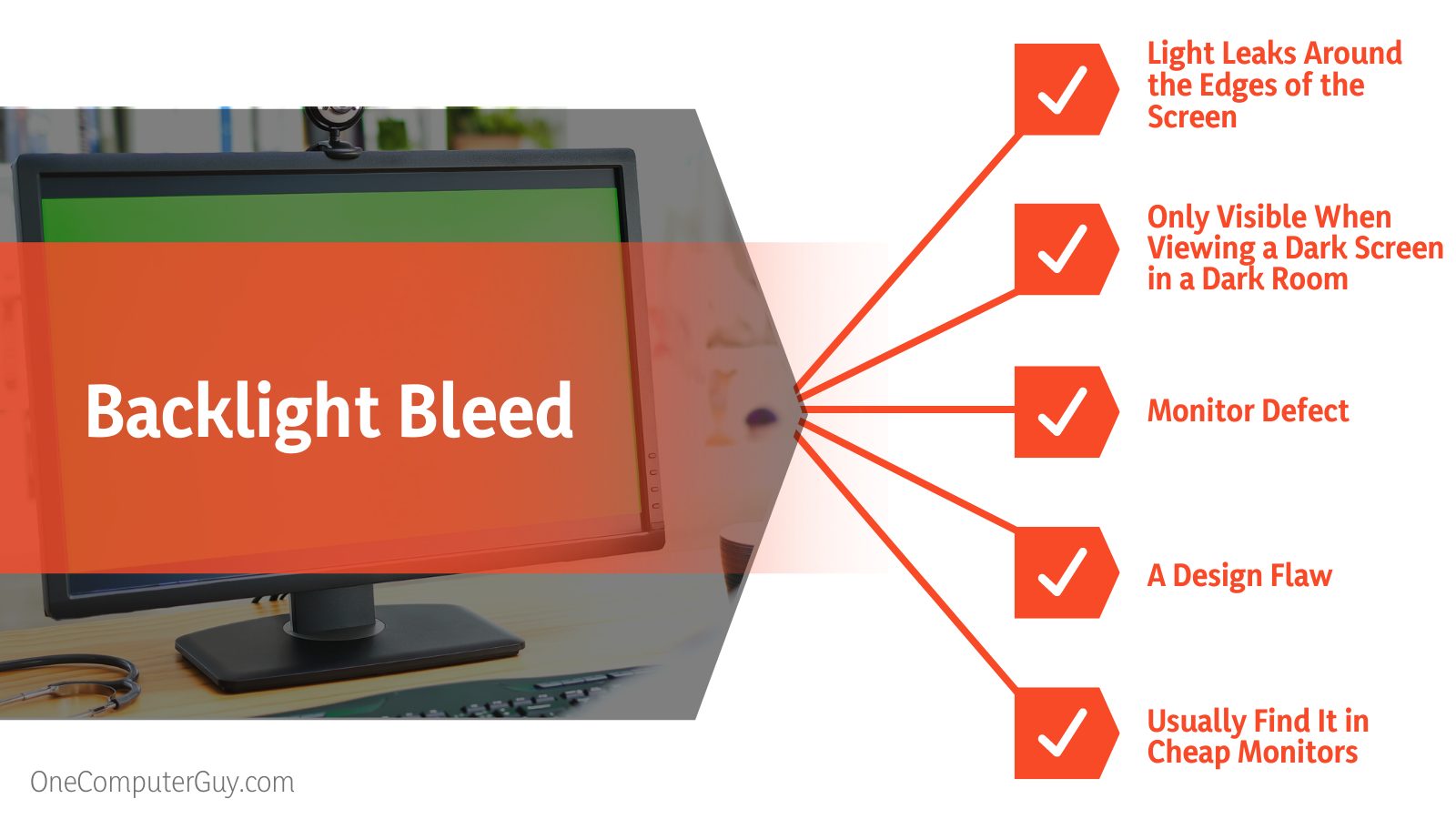 • The problem is common with curved VA displays. It only occurs when the scenes are pitch-black, and it remains out of sight for the naked eye other times.

• You could try going in for RMA (geek shorthand for taking advantage of your warranty). Many manufacturers will not allow this for backlight bleeding. In such cases, it’s better to go in for a new monitor with an OLED panel free from the above problem.

• You can also try some unconventional approaches. For example, you can dismantle the display. Then, apply electrical tape around the LCD edges. If you try this approach, do it with care. In case you are not sure how to go about it, it would be better to go in with the help of a professional who knows the job well.

• Microfiber cloth rubbing is another possible fix for IPS glow. You can also try it if you have a problem with backlight bleeding. It could reduce backlight clouding, but you have to do it often and with care.

• Reducing screen brightness could also work in many cases, as it happens in IPS glow.

• Some monitors also have a local dimming option, and you can turn the same on, and it could make a big difference.

• Always go in for high-end models of monitors. Do not fall victim to being penny wise and pound foolish.

What Happens if I Discover IPS Glow or Backlight Bleed after my Warranty Expires?

Many customers notice their IPS glow problem too late in the day. They see it after the warranty and guarantee periods have expired. In such cases, it’s not possible to get a refund for the monitor. But, you may notice that the problems are not too serious. It could be an ordinary case of IPS glow.

It’s easy to address—Heres how you can get rid of IPS glow.

• Minor monitor adjustments may help. If you wish to use your monitor in a dark room, make sure to make the right adjustments. Ensure that it is at the correct tilt and height. A test video in a dark room could be an ideal solution to overcome IPS glow.

• Lowering the brightness levels could be a simple solution. The ideal setting is only around 120 cd/m. It may look a bit weird initially, but in a day or two, you will be able to get adjusted to the settings.

• Massage the screen using a cloth made of microfiber. Though this may look a bit outlandish, many people believe that it has worked well for them. Hence, there is no harm trying it out.

• Move the monitor a bit further away from you. It is a good idea to extend the distance between your monitor screen and where you normally sit. This simple fix has helped many people who have had big problems with IPS glow. Mount your monitor on the wall because this could expand the distance quite a bit.

• Try loosening the construction of the panel frame. This alteration is complicated and difficult. But it could bring in some significant relief from IPS glow. Get help from a technician if you cannot do it. It will help in overcoming this endemic problem.

We need to bear in mind that both IPS glow and monitor bleed are integral to even the best monitors. Thus, you may find that it’s impossible to get rid of the problem completely.

We’ve set you on the right track by showing you how to identify the difference between backlight bleed and IPS glow. We’ve also given you remedies for it.

Some amount of bleeding or glow is inevitable, and you may have to learn to live with it. Another technique is to adjust the brightness levels of the monitor. If that doesn’t work, try managing ambient light and brightness. Backlight bleed and IPS glow are common problems, and they’re easy to fix.