An AMD FX-4350 review comes in handy when you need a top-notch processor to get your system and other components up and running.

While the AMD FX-4350 is slightly newer than the FX-6300, they both carry power capable of making your operations run smoothly.

However, our primary concern is the FX-4350, with its turbo clock speed, wholesome features, and excellent multithreading performance. There’s a lot more to note about this device, and our review team has provided that and more below.

There are a number of the storied FX CPU lineups from the AMD brand. These processors come with more than unlocked performances enthusiasts have known and appreciated. This four-cour CPU will live up to expectations if you love a seamless performance, such as crisp HD video running and other compute-intensive apps.

It clocks at a 4.3GHz max turbo operating frequency and 12 MB of L2 and L3 cache in a 125W thermal envelope. These features and output mean more top-quality performance that trumps AMD’s previous generation.

It’s hard to defeat as a processor, and it does its primary functions, such as fetch, decode, execute, and write back, to good effect. Here are its main highlights listed below: 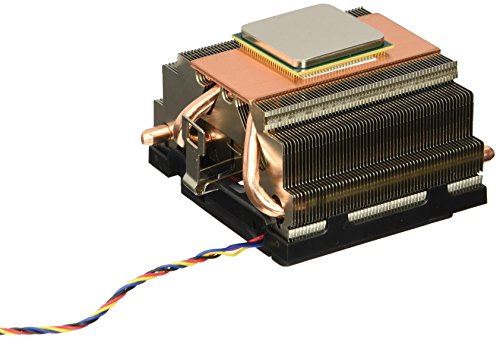 Speed and good threading performance are the top qualities of the FX-4350 processor. However, there are other outstanding features of the processor.

The AMD FX 4350 specs make it a middle-class CPU based on the 32nm Piledriver architecture. It also offers four physical cores (four Logical), clocked at 4.2GHz at the beginning but may go up to 4.3GHz. There’s also 8 MB of L3 cache to go with those parts.

Other built-in features include the Turbo Core, which is activated to unlock the clock multiplier. However, the processor does not integrate graphics and has a rated board TDP of 125W.

The build and design mean a powerful Quad-Core whose performance is good. As a result, it can run many applications without any problem.

Even though it doesn’t have the extra cores like what’s available on the FX-6300, it’s a capable CPU and does a great job. Besides, the FX-4350 is slightly more expensive and counts more gigahertz than the latter.

The scores, just like the other performance-based parameters, are more than reasonable. The FX-4350 has an amazingly versatile CPU, and while it may not have the edge on some Intel models, the performances are fantastic. That means it can measure up Intel processors on certain levels.

But if you go higher with hyper-threading, it will be beneficial for applications optimized for it, but it may slow others down.

For games, the number of threads is mostly irrelevant, as long as you have two cores, preferably four.

The FX-4350 is powerful and gives quality performance over different applications and tasks. It’s worth noting that you can play games efficiently with it. The processor is ideal for budget gamers and regular users.

How Has This Product Evolved?

The previous models performed worse than their competitors. Most games couldn’t work at their full capacity or take advantage of the core features of the processor. This led to creating amd fx-4350 which uses a revolutionary architecture and features. It is definitely more powerful than its predecessors.

There are vital specs, features, and specifications of the processor you should know about when getting one for your computer. Here are some of them.

If you’re thinking of overclocking the AMD FX-4350 quad-core processor, that’s a real possibility. It will come up with impressive numbers and give off an average air-cooled overclock speed of around 5GHz. That’s how good it works with other components designed to give users exceptional performance.

The number of cores, sockets, and operating frequency makes it quite the easy choice for enthusiasts and entry-level users.

For models like the AMD FX-4350 4.2ghz quad-core processor, cores are vital and often referred to as processors within the processor. Like clock speeds, modern CPUs have this component, and they reach between two and 64 cores.

Many processors like the FX-4350 contain four to eight, with each core capable of handling its own tasks. The minimum number for smooth operations is four cores.

At close quarters, we observed that the FX-4350 is a faster and more powerful version of the FX-4300. Also, it delivers more on speed levels, with it being at least 400MHz quicker than its predecessor. The slight refresh won’t hugely improve things, but that’s not a problem for this processor.

If you’re a high-end gamer that needs more power and better multi-core performance, you might have to look elsewhere. However, the tasks such as virtualization, video editing, and some major games will run without hitches clocking up to 5GHz.

Like cores, threads are necessary and refer to the number of independent processes a chip can handle at once, which would be the same as the number of cores. But many processors, including the FX-4350, have multithreading capability, which allows a single core to create two threads. AMD calls this feature SMT or Simultaneous Multithreading.

There’s more capacity for multitasking and enhanced performance on heavily-threaded apps such as video editors and transcoders with more threads.

Should you overclock on the AMD FX 4350 processor? Overclocking involves pushing a CPU to its limits by getting it to run at higher-than-specced clock speeds. It’s an art form that many enthusiasts and other regulars enjoy doing.

Overclocking may not be worth the stress or investment for the average user, but it’s now a requirement for many people.

The FX-4350 can overclock, and you can achieve significantly higher clock speeds than it is rated for. However, you might have to spend extra on an enhanced cooling system and an overclocking-friendly motherboard.

Also, almost all recent AMD chips can overclock, so this one is no different. All you need are the right supporting cast of components and instruments to make overclocking worthwhile on this FX-4350 processor.

The clock rate and cache are essential components of a processor, and this one doesn’t disappoint on both. It comes with L2 and L3 cache sizes. It’s faster than a typical Faster RAM, so the more cache available, the more data that can be stored for lightning-fast retrieval.

Further, the L2 is more important than L3, but L3 is still vital if you want to reach the highest performance levels. It is better to have a larger cache because the larger it is, the higher the latency.

Caches on processors work to speed up access to data and instructions between your CPU and RAM. There are three types of cache, including L1, which is the fastest but cramped. L2 caches tend to have more room but are slower, and the L3 contains more space; however, it can be sluggish.

You shouldn’t worry so much about the cache size because it’s difficult to measure its real-world performance.

– Is the Clock Speed More Important Than Cores or Threads?

That will depend on some factors. Clock speed won’t appeal to you or change your performances if you’re all about regular computing tasks. However, the higher the clock speeds, the quicker the responsiveness and program load times.

On the other hand, modern programs benefit from having many cores and threads. For example, if you need the AMD FX 4350 for gaming or you do much multitasking or edit high-res videos, you should prioritize the number of cores.

For mainstream gamers and general-purpose computer users, there is plenty of clock speed ranging from 3-4GHz with four to eight cores. You’ll get that on the FX-4350.

By keeping it cool. CPUs are built and designed to give off power and generate heat. The amount of heat they generate often depends on what you do with it. If you want to stop it from overheating, ensure that you have a cooling system in place that can dissipate the heat generated.

Without one, your system stands the risk of overheating and going bad or causing permanent damage to your PC components.

Our review of the FX-4350showcases a processor initially designed to be affordable and provide strong rivalry to Intel processors. It’s made for high-end computing tasks and features high clock speeds and an equally impressive number of cores. At 125W, the power wattage shows it can handle overclocking needs of gamers.

We see a midrange CPU in the FX range. We’ll go ahead and state that it’s ideal for gaming. With AMD FX 4350 drivers, you have a processor you can update and rely on for many years.

We’ll recommend this device to users who want to multi-thread and perform various functions. That includes gaming and overclocking on big tasks. 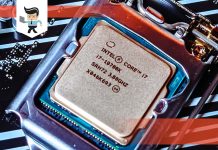