Most people who are after buying a computer do not know much about the pros and cons of locked vs unlocked CPUs. However, knowing the basic set of differences can be a lot of help for anyone looking to build or buy a computer.

If you happen to seek a new computer or have a sibling or friend willing to buy one, this article will definitely help end up making a good decision. So let’s take a look at the difference between locked and unlocked CPUs and the reason why you should prefer to get one or the other.

What Are the Differences Between Locked CPU and Unlocked CPU?

The main difference between locked and unlocked CPUs is the ability of the user to adjust the essential clock speed of the processor. While manual adjustments are possible in unlocked CPUs the same can’t be said for locked CPUs.

What is Locked CPU Best For?

Before we begin talking about the scenes where locked CPUs fit in perfectly, it is imperative to know just what it means when a CPU is termed locked. You might know that every CPU Is manufactured with a specific performance range. This performance range is called a clock.

If you use your PC for an average day-to-day use without putting too much load on it, then getting a build with a locked CPU might be best for you. The best thing about locked CPUs is that they don’t overheat in most cases, which allows you to use the processor reliably for a long time.

Now, this is not to say that locked CPUs cannot deviate from their basic performance range at all. There is indeed a feature included in locked CPUs known as boost clock or turbo boost, which helps the processor exceed the essential clocking speed by a small margin when required. However, this process is automated, and you cannot adjust this boost manually.

Locked CPUs are manufactured so that they can optimally perform within a specified performance range. This allows you to perform all your tasks without manually adjusting the CPU’s basic clock speed. This feature is a great help for people who are not too much into modifying their PCs and just want to buy or build a good machine that can last them for a long time and allow them to perform all their work and also use it for gaming and entertainment purposes easily.

Using a locked CPU, especially when you do not try to overclock it, tends to be a great option for day-to-day usage. Since the processor automatically adjusts its basic clock speed within the specified range, you don’t have to worry about your programs or softwares running at a less than ideal processing speed.

Additionally, since these CPUs are manufactured with a rigorously tested processing range, the components are designed to handle to heat and electric currents produced during their usage.

Like most other computer components, locked CPUs are also manufactured by companies with a specific mode of operation and a business plan. Locked CPUs come with their own pros and cons like any other piece of equipment, but one of the biggest advantages of using one of these CPUs is that they tend to be easily optimized for usage with new computer builds.

As we have discussed previously, locked CPUs can only perform within a specified range that the manufacturer rigorously tests. Due to such rigorous testing, the manufacturers know everything there is to know about the CPU. This comes in very handy for people building a completely new PC because every other component, from RAMs to the GPU, can be chosen according to these processors’ optimal and average quantitative aspects.

It might be possible to overclock or unlock an older CPU, but the locked Intel processors manufactured in the last few years can not be unlocked. Since CPUs are locked or unlocked during manufacturing, it is not possible to use any software or program to change this feature. However, there is a way to overclock your locked CPU if you wish to do so. This process is known simply as BCLK overclocking

Overclocking a locked CPU is a tough task. In BCLK overclocking, the processor remains locked, but the base clock speed of the CPU is increased by increasing the CPU’s power limit. This can allow you to get more processing power out of the CPUbutit has some severe drawbacks as well.

Whenever you try to overclock your CPU (whether locked or unlocked), there exists a considerable risk that you’ll end up damaging your computer due to the higher temperature produced; as a result, the heat from an overclocked processor.

Since locked CPUs manufactured by Intel have a specified performance range and are not possible to be unlocked, it gives these processors an edge when considering the heat generated as a byproduct of a running CPU. Due to these factors, the materials used in the manufacturing of locked CPUs and other components are chosen so that they can handle the heat produced by these processors.

The critical fact is that these materials can withstand the heat generated by a running computer with a locked CPU without the need to acquire any aftermarket accessory to help in controlling the temperature of the CPU and the heat produced by it when running. On the other hand, using unlocked or overclocked CPUs always results in excess heat generated, which can only be drained by using a cooling accessory that has to be purchased aftermarket.

What is Unlocked CPU Best For?

Previously in this article, we have discussed locked CPUs. Now, let’s see what benefits can unlocking CPU cores offer.

In computer hardware terminology, an unlocked CPU is a processor that has no limitation enforced on its performance by the manufacturer. As a result, you can adjust the clock speed of these processors as per your own preference.

Unlock CPUs are usually the preferred type of CPU for gamers and PC enthusiasts who like to push their computers to their peak performance levels. Using an unlocked CPU, you can adjust the basic clock speed according to the components you’re using as well as the sort of work you’re doing.

According to most reviews, Unlocked CPUs tend to perform better compared to locked CPUs when you’re using high-end games or rendering software. So if you like to play games like Valorant and Assassin’s Creed etc., or happen to use video editing pieces of software to render 2K, or 4K footage, then an unlocked CPU might be a better choice for you.

The ability to overclock your CPU might seem to be a great option, but it comes with its own caveats, which we’ll be discussing later on in this article.

Being able to adjust the basic clock speed whenever you like based on the type of work you are doing is a facility that many people enjoy getting to use. Another reason behind a lot of people preferring unlocked CPUs is the ability to overclock your processor beyond the usual range the processor performs at. Many enthusiasts like to overclock their PCs now and then, mostly when playing games.

Both locked and unlocked CPUs come with their own advantages and disadvantages, so the answer to the question “should I buy an unlocked CPU” mostly boils down to personal preferences and the computer setup that you have or are looking to build. An unlocked processor could be a great option if you’re modifying an existing PC or using components you already own.

In such cases, having an unlocked intel processor or AMD processor would be a better option for you since you’ll be able to adjust the basic clock speed of your processor according to the specs of your motherboard and GPU.

If you happen to be going for a completely new build, then it might be better for you to use a locked CPU because your build will be comprised of components that are the optimum choice for the basic clock speed of your CPU.

It should be mentioned that unlocked CPUs require you to use high-quality aftermarket coolers so that any excess heat produced by your CPU core can be drained efficiently without damaging the motherboard or other components of the computer.

– Risks of Overclocking Your Unlocked CPU`

In the gaming and PC enthusiast community, overclocking your CPU is seen as sort of a rite of passage for any newly built computer. Most gamers and PC customers like to overclock their PC as soon as possible in order to see the top limit their CPU can hit. You can think of it as analogous to people trying to check the top speed and the 0-100 kmph time of their newly bought cars.

But an important question on this topic is, “should you even try to overclock your CPU”? If you’ve ever tried to overclock your CPU, you would have noticed that there is a very minimal difference between the processing power offered at the basic clock speed and the overclocked speed of your processor.

And even this negligible difference can only be felt when using CPU-intensive programs where such a minor variation could make a difference.

Overclocking your CPU has a lot of disadvantages because boosting your CPU above and beyond the usual performance range can result in a high amount of heat generated from the processor.

Locked CPUs are best for new builds as they are paired with components that give optimum processing power. Overclocking is very risky and doesn’t provide any considerable increase in processing. To prevent heat damage, aftermarket coolers should be used, especially with unlocked CPUs. No such scene associates with locked CPUs.

As discussed in this article, both locked and unlocked CPUs can be a great option for you, depending on your usage and PC build. New builds are usually assembled with a locked CPU, while customized PCs are built using unlocked CPUs. Whichever CPU you use, whether it’s locked or unlocked, you can get them to work awesomely long as you avoid overclocking your CPU too much.

i5 6600K Overclock: All You Should Know About Your CPU’s Max Potential

M2 SSD Screw: What Size Do You Need To Install Your Drive?

Why Is My PC So Slow All of a Sudden: Causes and Solutions 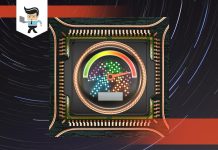 i5 4690k Overclock: Know Your Processor’s Limits and How to Extend It 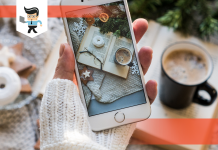 How Long Does It Take To Backup an iPhone: Backup Faster 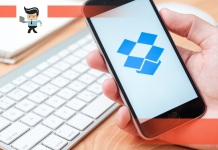 How Do I View Dropbox Logs: The Best Ways To Check Your Logs