The A10-8700P gaming processor is a cheap and somewhat powerful processor, which is why many people consider getting it for their gaming laptops. 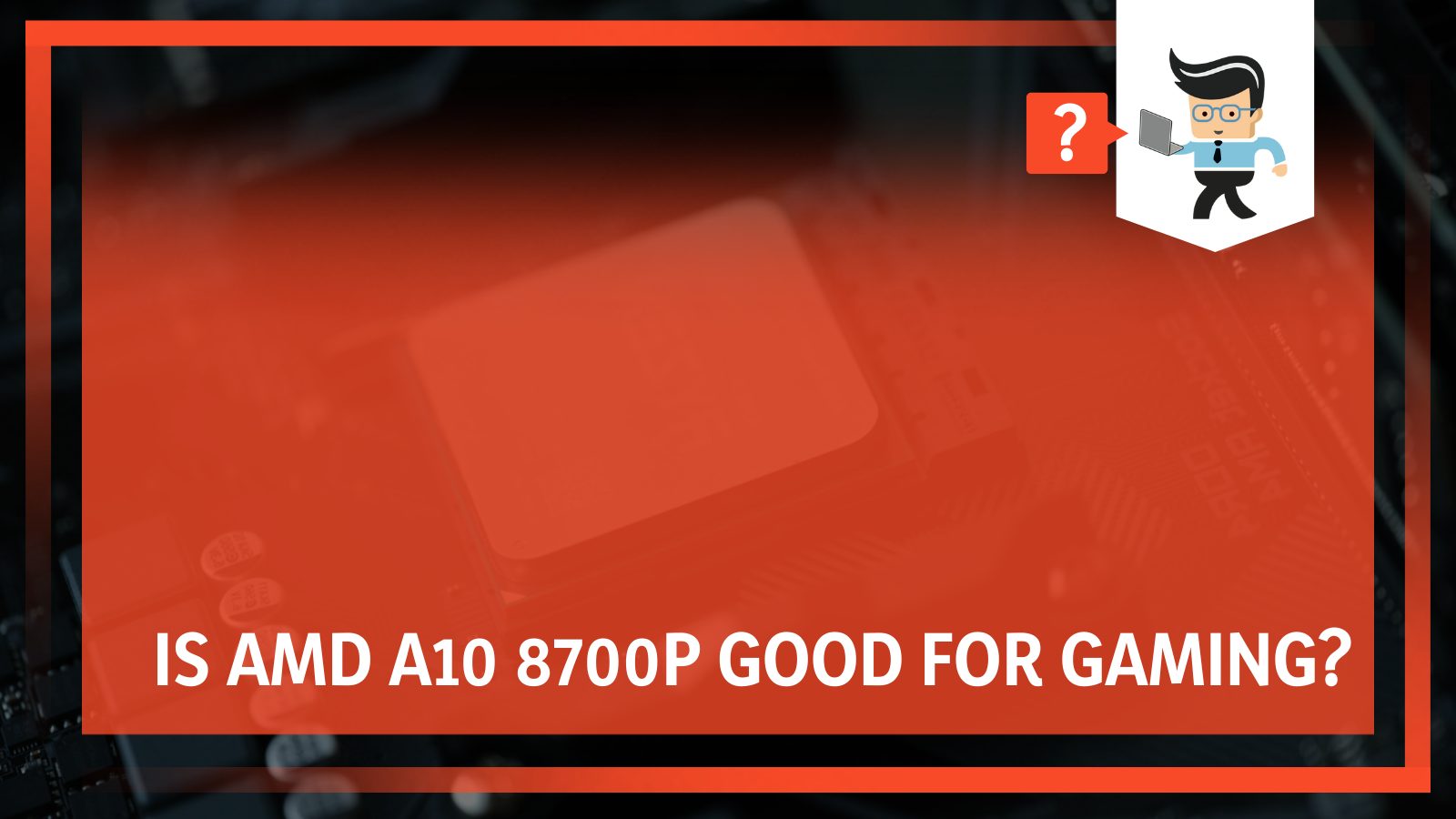 However, while the processor may have enough power for low-end and medium gaming if paired with at least 8GB RAM, it doesn’t do well with high-end gaming.

Follow our experts as we explain everything about the A10-8700 processor and whether or not you should buy it for your system. Let’s get started, shall we?

Yes, the AMD A10-8700P is a good processor for anyone looking to play casual games as it’s paired with AMD Radeon graphics, but if you intend to play the latest titles, dive into esports, or become a pro gamer, this processor is not the right pick for you.

The a10-8700P is considered to be a good processor for casual gaming for many reasons. These reasons include:

When it comes to playing games, there’s no denying the importance of a graphic unit. Graphics is arguably the most significant part of any game as it is what renders the animations, images, and scenes that are displayed on the screen. Most gamers, especially those looking to go pro, consider dedicated, external graphics units to be the best option.

However, external cards aren’t the only options to use to get the best graphics. With a good integrated graphics card, you’d be able to get decent graphics on your monitor.

The AMD a10-8700P processor features AMD Radeon GPU, which is an excellent type of GPU for integrated graphics. Not only will you be able to play casual games, but you’ll also be able to play them at high settings on 1080P resolution.

The clock rate of a processor can be defined as its speed or the frequency at which the card’s clock generator can create pulses. It is a significant factor as high clock rates mean that you’d be able to play games at higher frames per second, otherwise known as FPS.

For most gamers, a clock rate between 3.5GHz and 4GHz is the sweet spot for gaming. Just like the other processors in the series, the AMD a10-8700P comes with a clock speed rate in the 3.2 to 3.9 GHz range. This clock rate one that is good for casual gaming so you’re likely to enjoy excellent gameplay with this processor.

Overclocking your processor simply means increasing the processor’s speed to exceed what’s allowed by the manufacturer. If your processor has overclocking capabilities, you can push it to its very limit, squeezing out as much power as possible for the card.

This feature is a great one for gamers as it allows you to enjoy faster processing power, which means your card would spend less time rendering media files while allowing you to enjoy smoother gameplay. 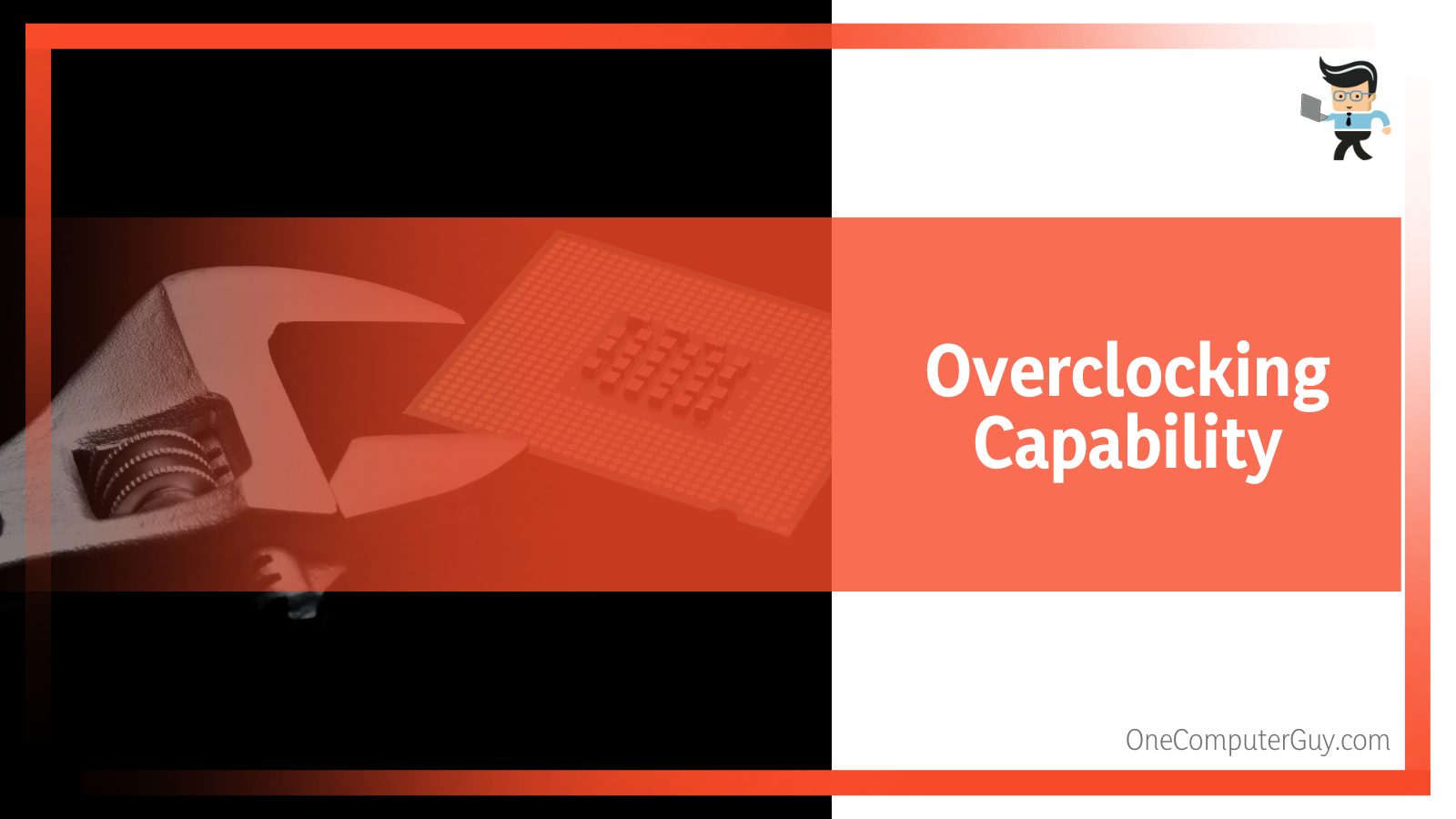 The 8700P provides you with this overclocking capability as you can increase the CPU’s speed by setting a higher multiplier or clock rate in your PC’s BIOS . Doing so will force the processor to carry out more operations per second, which translates to an excellent advantage for you and your games.

The insufficient number of CPU cores, its cooling solutions, and its CPU and GPU performance are just some of the factors that come into play when determining why this AMD processor is not the best for more intense gaming needs.

Now that you know why the A10 is a good CPU for casual gaming, we’ll move on to why it isn’t the best for pro or intensive gaming. Here are the three main reasons why this CPU isn’t the right option for pro gaming.

The cores of a CPU are its powerhouse as they help the whole unit read and execute instructions received from the system. Many modern CPUs are designed with multiple cores, which help them focus on different tasks all at once. Therefore, the more cores a processor has, the faster and more efficient it would be.

For gaming, you’ll need a processor that has at least six to eight cores to get the best performance. The AMD 10-8700P CPU only features four cores, which is good for everyday tasks and casual gaming but not professional gaming.

Everything from FPS to loading speed and gaming performance would be slower when you use this AMD Radeon processor.

The a10-8700p features AMD’s Near Silent cooling units, which is a great option for users who are not looking to do anything serious. However, if you intend to play games with this processor, there’s a good chance you would want to overclock it, which would, in turn, raise the temps through the roof.

In this case, the cooling units won’t do well and you’ll need thermal solutions like the Wraith Prism or Wraith Stealth, which are good options for gamers and overclockers.

The a10-8700p is an all-in-one laptop CPU that features the Radeon R6 integrated GPU. This APU also comes with AMD’s Carrizo architecture and is unlocked for overclocking.

The performance you’d get from the a10’s GPU and CPU cores will vary, depending on the configurable thermal design power, otherwise known as cTDP. You can get a cTDP between 12 to 35 watts on the a10-8700p depending on your laptop size as well as the cooling solution you’re utilizing. 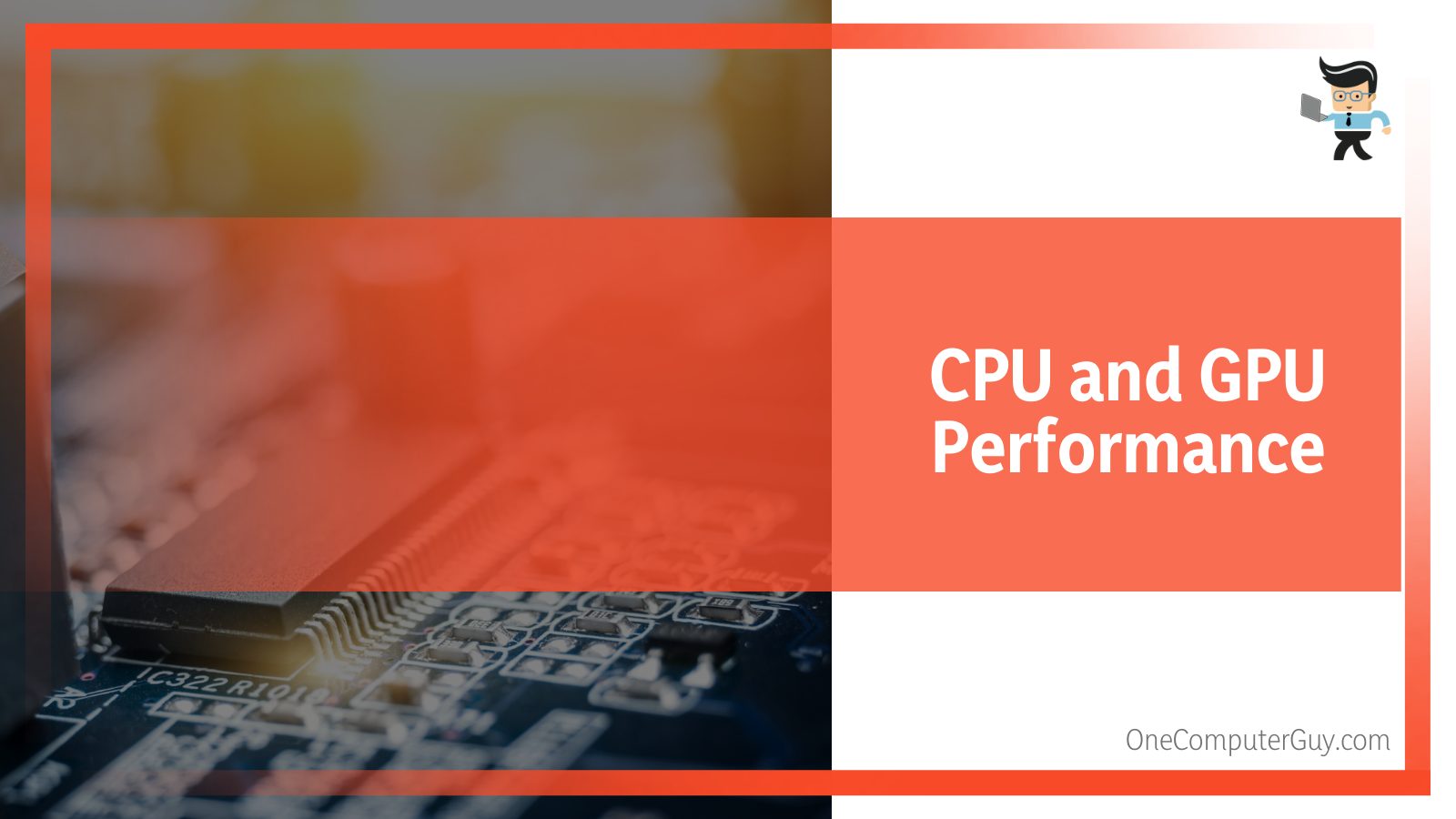 Therefore, you’re likely to get varying clock speeds from the compute scores. For instance, in 3DMark 11, you can get a GPU score that sits between 1764 points on an a10 with 15 watts cTDP and 2359 points on the same processor with a 35-watt cTDP, which is about 34 percent more points than what you get on the 15 watts.

The CPU performance also varies, but expect the CPU to perform better than its predecessor, the Kaveri A10-7400P, at 35 watts cTDP.

If you have the a10 configured at 15 watts, you’re likely going to get a slower performance than its predecessor since the a10 processor won’t be able to maintain its boost speed for an extended period of time.

The A10-8700p isn’t the best when it comes to gaming, but you can still get some decent fps out of it if you’re playing older or casual games. If you intend to play games like Tomb Raider 2013, Assassin’s Creed 4, Battlefield 3, NFS Rivals, and Call of Duty Ghosts, you’ll be able to get excellent gameplay at 720p and low or medium settings,

However, if your goal is to play games like Assassin’s Creed Syndicate, The Witcher 3, Rise of the Tomb Raider, The Division, and other newer titles, you won’t get good gameplay even if you have your settings at 720p low settings. You’ll probably get 15 to 20fps if you play the latest titles with the 8700P.

The a10-8700p from AMD is a good laptop APU for Dell and Lenovo laptops. If you use this CPU/GPU combo in any other laptop, you’re likely to experience overheating.

The reason is that Lenovo and Dell have designed most of their computers to match the heat dispersion and cooling solutions needed by AMD CPUs. Therefore, using your a10 in a computer from either of these brands will help reduce the chances of overheating.

If you’re looking to play casual games or improve your laptop’s performance for doing normal office tasks, the 8700p is a great processor to purchase.

Here are some major points to keep in mind when utilizing the a10.

This AMD processor is an excellent budget processor for those looking to improve the condition of their laptops. However, if your goal is to play high-end games, you won’t get the best gaming performance from the a10-8700p even if you pair it with a 16GB memory.