If you’re wondering whether a 4ms response time monitor is worth investing in, you’ve come to the right spot. For esports players and gaming enthusiasts, a fast response time is a crucial element that provides an edge over your competitors. 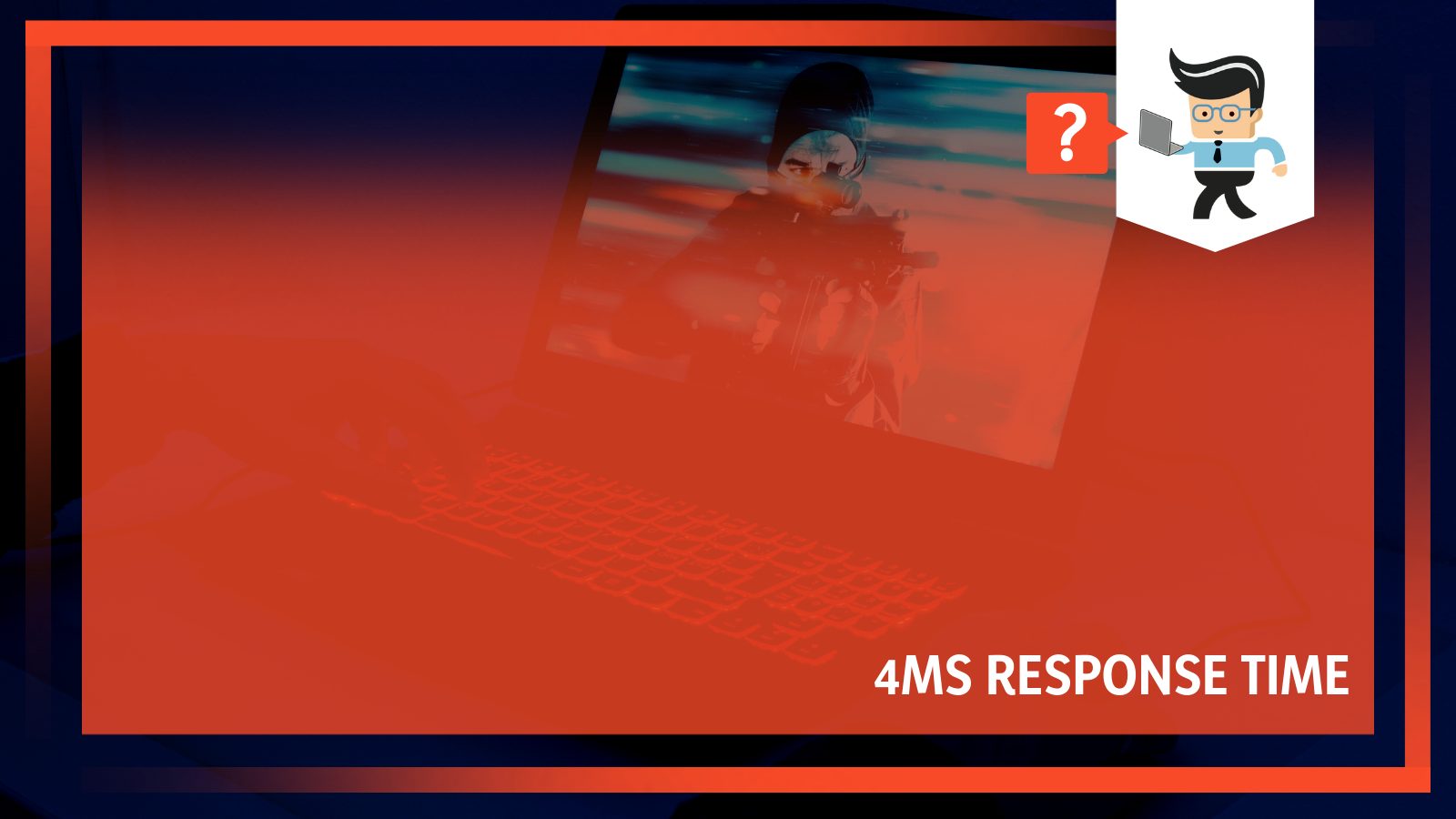 Because of this, it’s only natural to consider the different response times available before deciding to settle for a monitor. In this post, our experts will take you through the world of monitor response time, helping you understand how they work and whether or not you should invest in a 4ms monitor.

Is 4MS Response Time Good for a Gaming Monitor?

Having a 4ms response time on your monitor simply means that it’ll take your monitor up to four milliseconds to transform its pixels from one specific color to another. Ideally, the shorter this transition takes place, the clearer the images you would get on your monitor. However, monitors tend to get more expensive the lower their response times go.

Fortunately, 4ms is fast for gaming. While lower response times are better if you can afford a monitor with one, you’re likely not going to have problems with a 4ms display. A millisecond refers to a second split into one thousand. Four milliseconds simply denotes four-thousandths of a second, which means that if you have a 4ms monitor, your display would be able to transition from one color to the other about 250 times per second. 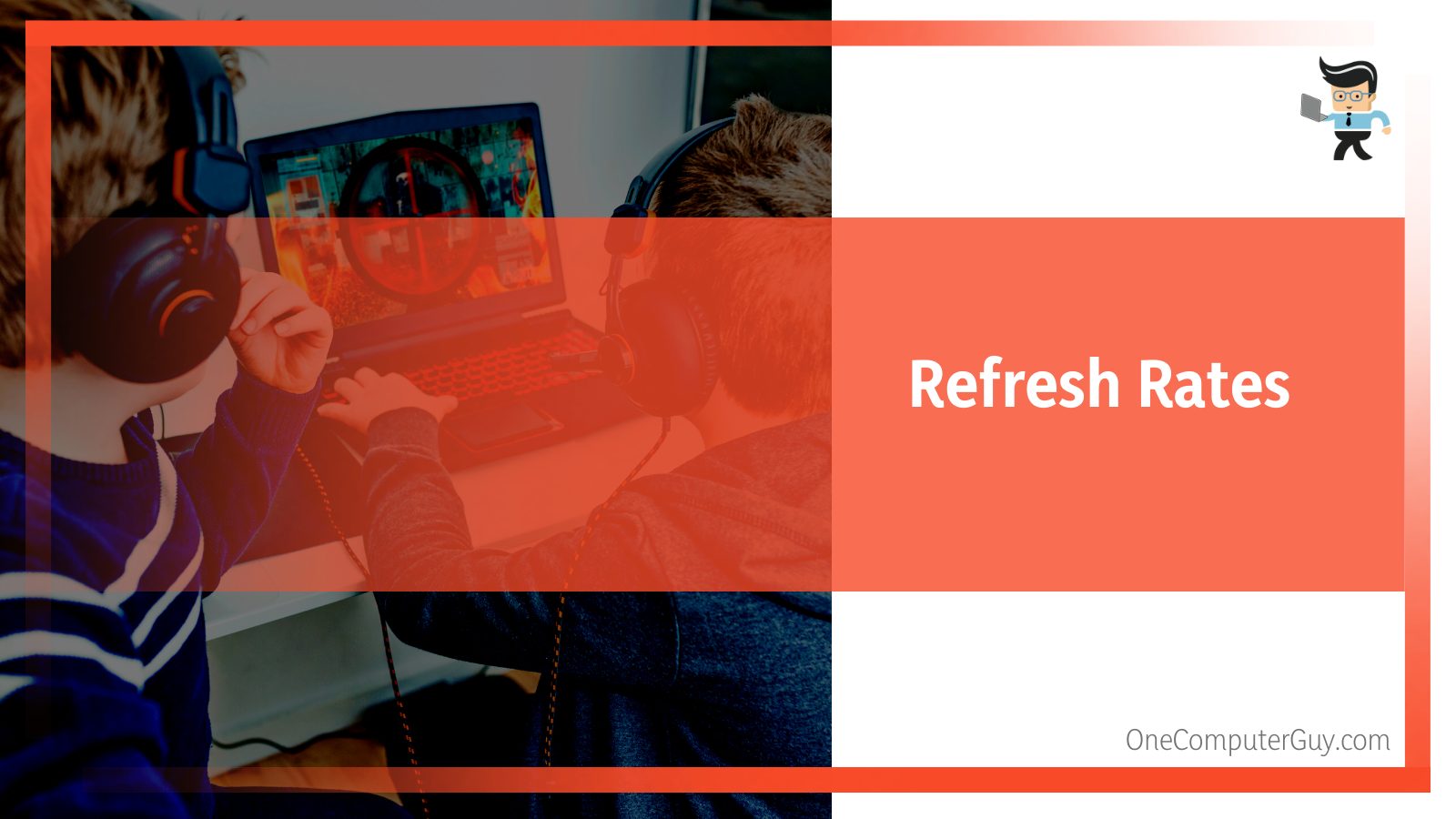 For a better context, let’s use the way we blink as an example. The average speed a person blinks is around 100 milliseconds. This means that a 4ms display would be able to carry out its color transition at least 25 times before you’re able to complete one blink cycle.

At a speed like that, there’s a very low chance of your experiencing artifacts like ghosting or blurring on your gaming monitors. Your games should feel cohesive and smooth no matter how fast they are.

Unfortunately, 4ms is not good for 240Hz. The reason is that at 240Hz, your monitor would create a new frame at about 4.2 milliseconds. There’s a good chance you’d experience ghosting as you’re likely to catch a glimpse of a completed image before your monitor decides to move to the next image.

Now, the ghosting may last for a very short while and may not be as visible because each subsequent frame would produce tiny differences. Using this ratio, you’re likely to experience ghosting with lower refresh rates. While 4ms response time isn’t the most ideal for a 240Hz monitor, it’s still usable. To enjoy 240Hz to the fullest, you’ll need a response time of 2 milliseconds or lower.

Most of the monitors on the market offering 4ms response time and lower are TN or IPS panels. If you’re looking to get a 1ms display, you should be ready to choose from a long list of TN panels. While there are IPS panels that can provide you with a 1ms response time, they’re hard to find and tend to be very expensive.

The reason why many people often look for IPS panels is that IPS panels offer better viewing angles and color range when compared to TN panels. However, TN panels make up for their shortcomings with excellent response times.

So as a rule of thumb, if you’re looking for excellent contrast, better immersion, and accurate colors, IPS panels are your best bet. However, if response time is what you’re after, great contrast isn’t your deal, and you’re okay with getting a narrow color gamut, then buying a monitor with a TN panel is an excellent idea.

All in all, if a 4ms response time doesn’t sound like a bad idea to you, you’re likely going to find an IPS monitor that meets your requirement. With an IPS panel, you’d be able to use your monitor for playing fast-paced games as well as other tasks like video and graphics editing. On the other hand, if you want a lower response time — say 1ms — and you only care about pure performance, a TN panel is an excellent choice.

However, note that TN panels aren’t the best for tasks that require excellent color reproduction, such as graphics and video editing. With that said, the gap between TN and IPS panels is closing thanks to the advancement in technology. Therefore, you may be able to find 1ms IPS panels available everywhere in the near future.

As we noted above, a monitor’s response time is the time it takes for the display to change its pixel from one color to the other. However, this color transition usually refers to how the monitor moves from black to white. So, when a monitor is said to have a 4ms response time, it means that the monitor transforms its pixels from black to white in the space of four milliseconds.

While this may seem simple and straightforward, many manufacturers have used the loophole of “color to color” to cause confusion in their advertising. Manufacturers now advertise grey-to-grey transitions for their monitors, which is a transition that’s shorter than when a monitor moves from black to white. The problem is that many manufacturers are not upfront about this, which means that there’s a good chance you can purchase a monitor with a significantly higher response time than what you want.

– Correlation Between Gaming and Response Time 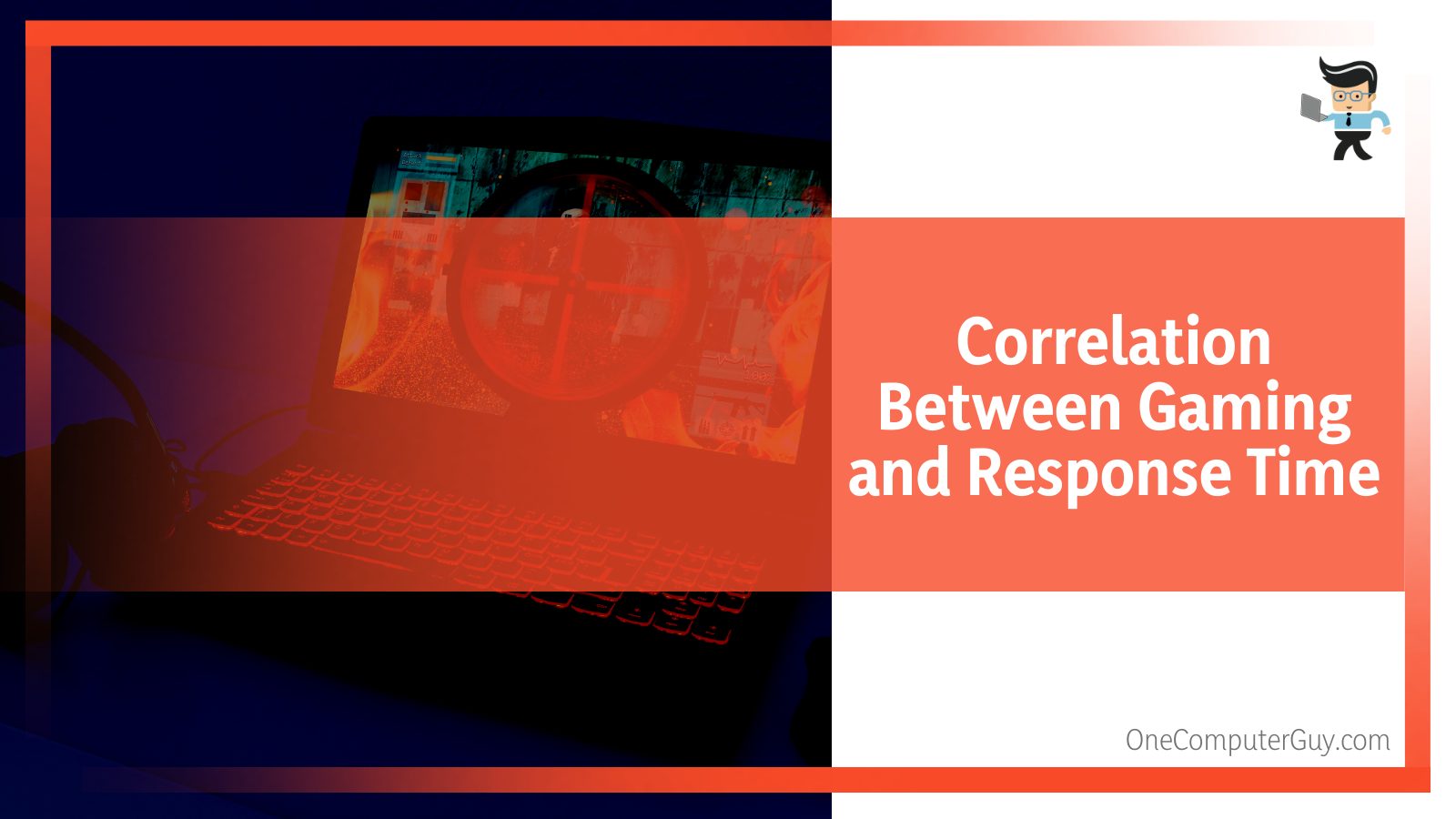 When it comes to gaming, choosing the lowest response time is always better. If you’re using a monitor or TV with a high response time, you won’t have a problem surfing the internet, streaming shows, and even playing casual or slow-paced games. However, you’re likely to experience problems when you play fast-paced games, such as FPS games.

The reason is that a high response time means that your TV or monitor will take a while to change its pixels from one color to the other, making it difficult for the display to keep up with the ongoing activities on the screen.

Your monitor won’t be able to respond to fast-moving objects such as vehicles, gun bullets, etc. which can be detrimental to your gameplay. This slow response can also cause issues like ghosting and motion blur on your screen — two factors that also occur when you play games at lower frame rates.

Low fps and high response times are two elements that involve your monitor’s pixels changing from one color to the other, which makes both factors related. Since there’s no way a monitor can provide up to 100fps if the pixels are slow to change their colors, you’re likely to experience low fps on a monitor with high response times. This reason is why both factors produce almost the same issues.

Response times and input lag are often confused to be the same thing, but both elements are different. As we noted above, a monitor’s response time is how long it takes for a monitor to move from one color to the other, usually from black to white color. On the other hand, input lag refers to the amount of time it takes for your monitor or PC to catch up to the command you’ve inputted.

With our discussion above, you’ve probably decided on whether or not you’d like to utilize a four-millisecond monitor. Here are some important points that can help you determine whether or not you should purchase a 4ms gaming monitor:

You’re bound to get a great gaming experience on a four-millisecond monitor. Make sure your monitor’s response time is from black to white and not grey to grey to get the best experience possible.