One of the most commonly debated questions amongst gamers is whether you should have motion blur on or off when you are playing. For some people, the answer will come down to personal taste and the design to improve FPS. Others want to see beautiful graphics and games as they were meant to be seen. 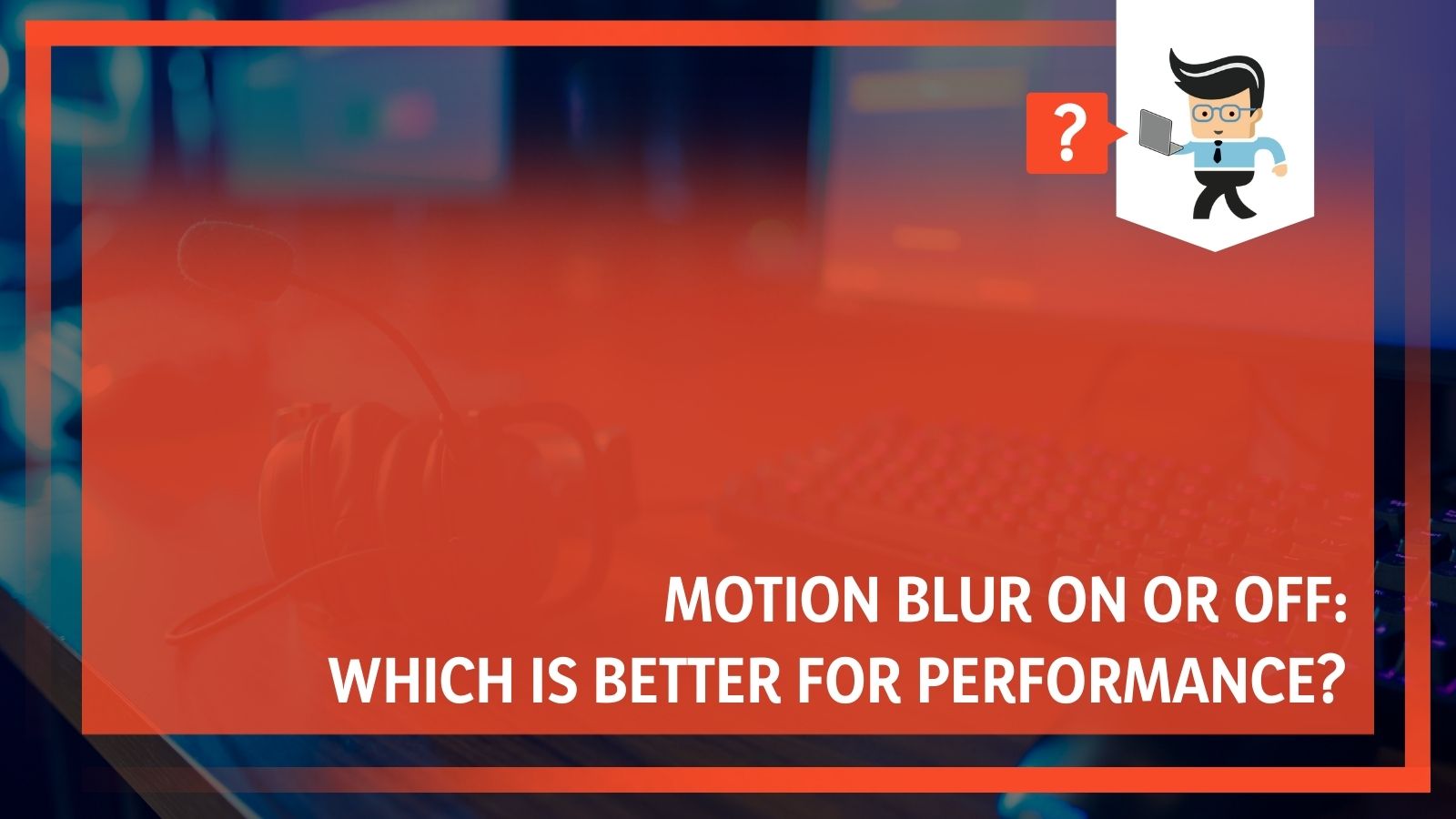 In this article, our experts will break down motion blur and help you understand when you can use it and when it is best to turn it off.

What Is Motion Blur in Games?

Motion blur is an effect used primarily in games where the surroundings appear blurry on the screen as the player moves quickly through a particular area. This graphic feature gets portrayed slightly differently in every game to match the feelings and mode of said game.

For example, in first-person shooter games like Battlefield, the player is always going to be crisp graphics, though the peripheral images are blurry to help with aiming.

In a game like Grand Theft Auto, the car the player is driving will appear blurry when they start to go extremely fast.

In most games, there are two types of motion blur to consider:

Often, games will use different types of motion blurring to create feelings of urgency, time travel, or even danger. While every game does it differently, most franchises will use the same type of blurring throughout their games.

– Why Does Motion Blur Exist?

The idea for motion blur actually came from the human body: our eyes and brains work together to create a motion blur in real life. Next time you go for a run, pay attention to what happens to your peripheral vision. The houses and cars you pass will be slightly blurry.

Our eyes cannot focus on a single object because of the rapid movement of our heads. There simply isn’t enough time for our brains to process what we are seeing. Everything becomes unfocused because our brain can connect the dots about what is supposed to be there. This is how motion blur helps ease eye strain.

The other reason why motion blur exists is because of performance in games. It would take too much power from your graphic card to replicate the frames per second (FPS) to produce clear, crisp images as you move through different landscapes in games like Fortnite, Minecraft, or Roblox.

Motion blur wasn’t created to improve FPS, which is what some people will say. Instead, it was created to make games seem more realistic. At the same time, it increases the need for power. Using motion blur requires more RAM, a better graphics VRAM, and a more powerful CPU.

If you run any game with the motion blur enabled, you will have a lower frame rate than you would if it were disabled. This means that the game will run slower, and you won’t be able to perform as well in most games (it doesn’t seem to impact racing games for the most part). 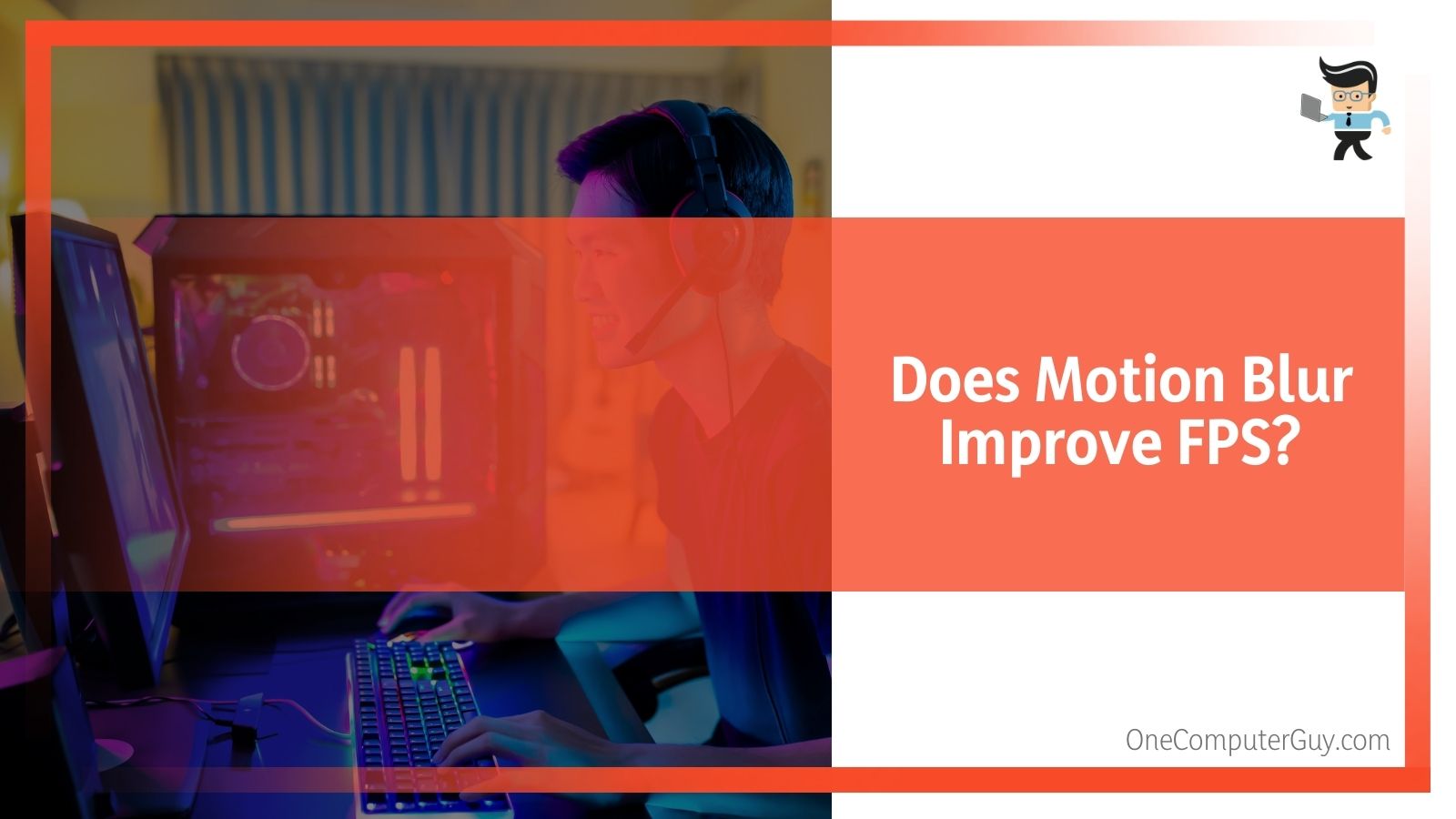 Turning off motion blur reduces the game’s visual quality, leads to more eye strain, and can even give you motion sickness because the graphics aren’t just ugly; they make you nauseous.

There are some exceptions to the rule. For a lower-end computer that doesn’t have a lot of power, motion blur may increase the frames per second, but this isn’t common.

Which Mode Should You Have for Better Game Performance?

If you are a competitive gamer whose primary focus is performance, you should turn off your motion blur. If you play multiplayer games, everyone should turn their motion blur off. Having it on with some players and off for other players can create issues with performance and teamwork.

Turning motion blur on while you play will make your gaming experience more comfortable and beautiful, but it will decrease your in-game performance. People who play games for enjoyment and not competitively can keep it on with very little impact.

It is important to note that different rigs will react differently to motion blur. Gaming laptops and desktops are designed to work with motion blur. You will still see a reduction in performance, but it won’t be as much as a traditional computer. If you own a gaming console, you can turn it on and keep it on, as these are designed to be able to handle the higher FPS.

Many people will argue about whether you should play games with or without motion blur. On one side of the argument, some people believe that games should be played as intended. Others believe that you should be able to do whatever you need to do in order to improve performance.

At the end of the day, this is a personal choice that depends on many things. Our experts agree, however, that motion blur should be turned off because it simply improves performance.

Turning motion blur off improves the lag in some games, giving you a better reaction time when something happens in the game. For those who are worried about the visuals of the game, many designers are actually building their games to be used without motion blur or with it because they know how many people automatically turn it off. 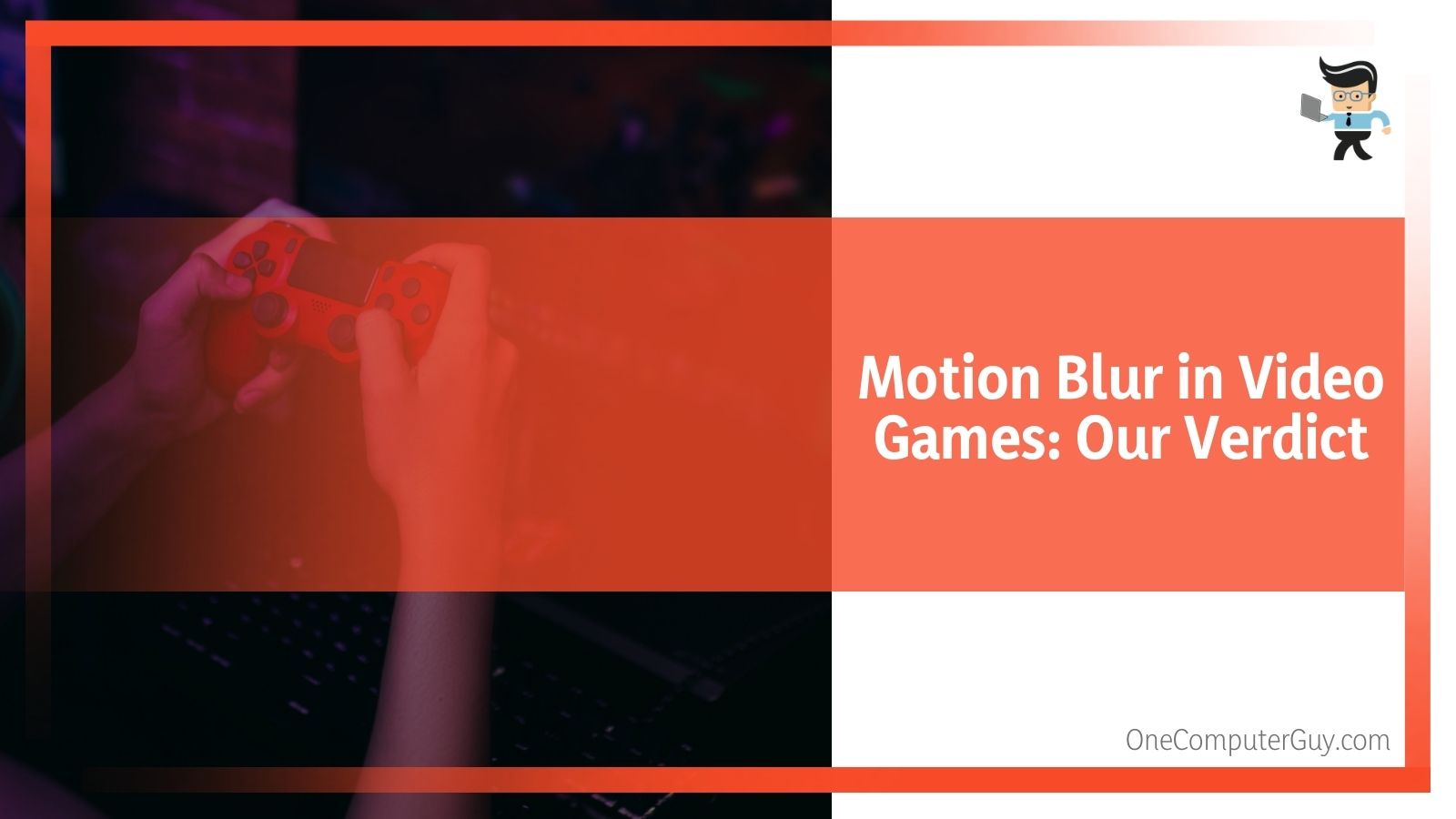 In some games, the blurriness can impede your ability to play. In Fortnite, for example, the blurriness makes it harder to spot your enemies. When you turn motion blur off, they are much easier to find and attack.

How Can I Turn off Motion Blur in Games?

To turn motion blur off in your games, you only need to take a few simple steps. Every game is different, but you will likely have to go back in and turn it off every so often, particularly after updates.

Follow these steps to turn off motion blur in games:

Every game is different, but most games will have it listed right under the Graphics Settings option.

How Can I Turn on Motion Blur in Games?

The steps to turn on motion blur in games are pretty much the same as above until you get to the very last step.

Here’s how to do it:

In almost all games, they are set to have motion blur on as the default.

Conclusion: Motion Blur Is Helpful for Eye Health and Detrimental to Performance

Motion blurring in games presents many disadvantages, which is why our experts almost always suggest turning it off if you want to be competitive in any way.

However, if you are just playing for fun or planning on playing for a long time, the eye health benefit is something to think about.

For those who prefer a more realistic feel, turning on motion blur will give you exactly what you want, though you will definitely see a decline in your performance. If you plan on keeping motion blur on, it is best to have a better gaming rig.