How many bytes in a gigabyte exactly? There are a billion bytes in a gigabyte. Thanks to the modern world we live in, many people are familiar with the terms megabytes, gigabytes, kilobytes, etc. but don’t know the actual differences between these terms.

In this post, our experts will take you through the world of computer terms, explaining what bytes are, the number of bytes in a gigabyte, and many other data storage units.

How Many Bytes in a Gigabyte?

A gigabyte has 1,073,741,824 bytes and houses one million kilobytes and a thousand megabytes. To prevent getting users confused about these numbers, manufacturers decided to round off each number to a thousand and list their storage capacities as such.

That is the reason there are gigabytes, megabytes, and other storage denominations named in multiples of 1000.

Calculating Bytes in a Gigabyte

However, to get the exact amount of bytes in a gigabyte, you’d have to employ some mathematics and computations. When it comes to computers and numbers, calculations are often done using the binary method. This means that every calculation is done using the power of two.

Now, you may ask, what about the extra numbers indicated above when we said a gigabyte contains 1,073,741,824 bytes? Why is there no single calculation as to the exact number of bytes in a gigabyte? Well, the reason is that the numbers above are simply an estimation of what’s perceived to be a gigabyte. To help you understand this properly, let’s take a look at the computing arithmetic we explained earlier.

We mentioned that computers only understand the binary language, right? Now, according to the binary system, a computer only understands information in zeros and ones. This means that if you put two bits beside each other, these bits can only make up four possible values since each of them can only accept two possible states, i.e., zero and one.

So, the calculation for two bits that are next to each other would be 2^2, which will return one of these possible values: 1-1, 1-0, 0-1, 0-0. Now, if you add another bit to these two, so they make a block of 3 bits, you’ll be able to store eight possible values, given that one bit can only come up with two possible values.

Following this logic, a byte that houses a block of eight bits can provide up to 256 possible values, i.e., 2^8, which will give us 256 different values. As you can see, as long as you keep adding more bits to the block, you’ll continue to get a 2^x pattern, which in turn raises the number of possible outcomes.

Specifically, for every kilobyte, you get 2^10 bytes, which equals 1024 kilobytes. The same calculation is used for every other storage unit, including megabytes, gigabytes, terabytes, etc. In other words:

The Fault In This Estimation

However, spelling things out, as explained above, can be difficult for typical users. So global measurement institutions decided that these storage metrics should be rounded off to the power of 1000 instead of using 1024.

The Difference in Storage Size

If you use the rounded-off number of 1000, you’re likely to get less storage on your USB sticks, hard drives, and other storage devices. Let’s assume you buy a 500 GB storage device; you’re supposed to get 500,000,000,000 bytes if you use the 1000×1000 conversion as proposed by the SI system. However, if you divide this storage unit by the actual 1024 conversion, which is often used by many manufacturers, you’ll get less than 500 GB on your hard disk.

This can be confusing, making it seem like the manufacturer has cheated you. Instead of getting 500 GB on your hard disk, you get 465 GB. Your operating system will permanently take off a portion of the hard disk to store its firmware and critical data, so you end up getting even less than 465 GB for storing your data.

This is the reason why some manufacturers replace gigabytes, megabytes, and kilobytes with gibibytes, mebibytes, and kibibytes, respectively. The latter descriptions signify that the manufacturer used the 1024 system instead of the 1000 system.

The second reason why rounding off storage data units to 1000 is problematic is because different hardware and system manufacturers use different approaches when representing their storage and data capacities. While most media manufacturers adopt the SI system, where they represent 1 GB as a billion bytes, operating system providers use the 1024 system, where 1 GB is 1.07 billion bytes.

Understanding digital storage metrics will provide you with further comprehension of how gigabytes are formed. As we noted above, computers utilize a binary system. The reason for this system is to help the computer transmit, save, and process all types of data, given the fact that computers can only understand two states of information, which are ones and zeros.

To understand this statement, consider this scenario: the computer is a judge in a situation where it can only choose one out of two options, such as true or false, on or off, etc. It uses the binary system to make the right decision, which means that one can represent true while zero can represent false. The same logic applies to the on and off situation.

The kilobyte is the next storage metric after the byte. As we’ve noted earlier, 1024 bytes is equal to one kilobyte. You can use this storage metric to store a document file that has an average-length paragraph. Next is the megabyte, a storage metric with 1024 kilobytes. With a megabyte, you can store the contents of a digital book, a music file of up to one minute, or a photo.

When you put 1024 megabytes together, you get one gigabyte, a storage denomination that can be used to save a lot of data. The gigabyte is quite popular in computing because it’s used for many modern hardwares, including RAM, hard drives, flash memories, and more. With just one gigabyte, you can store tons of pictures, multiple books, videos, and even music.

So, with the above analysis, we can come to the conclusion that a gigabyte contains one thousand megabytes, one million kilobytes, or one billion bytes.

How Much Data Can One Gigabyte Hold?

A gigabyte can hold a significant amount of data, more than a megabyte can since it’s larger. So how many megabytes in a gigabyte, you ask? Well, a gigabyte contains 1,000 megabytes. Most manufacturers use the gigabyte to denote the size of their products, from internet packages to SSDs, HDDs, external hard drives, USB sticks, RAMs, smartphones, tablets, and even network equipment.

Generally, you can store the following amount of data on a 1GB drive:

Note that all of the above are simply estimations. The actual amount of data that can be saved on a 1 GB storage or transferred through a network depends on a variety of factors, including the type of encoding and network or storage quality.

Are There Units Larger Than Gigabytes?

While gigabytes are the most common units for calculating storage and data transfer, there are larger units, such as terabytes, used for more advanced devices and higher capacity units. These larger units are used in solid-state drives, hard disk drives, memory cards, and more.

How Many Bytes in a Terabyte?

A terabyte consists of 1000 gigabytes, which means that it contains up to one trillion bytes. With one terabyte of storage, you’ll be able to save over 20 days of HD video, two years’ worth of nonstop music, and millions of photos and books. There are many drives on the market ranging from one terabyte to eight terabytes. You won’t find higher storage drives available for everyday use since there’s no task or application that requires storage drives that exceed 8TB.

While they may not be available to normal users, storage drives that are higher than terabytes exist. Some of them include petabytes, exabytes, yottabytes, and zettabytes. These drives are often used by huge corporations, cloud-computing organizations, servers, and more. You can find them in companies like Amazon, Facebook, Google, etc.

Thanks to the continuous innovation in technology, normal users may start using exabytes and petabytes in the nearest future. Petabytes consist of a million gigabytes or 1000 terabytes, while exabyte consists of a billion gigabytes or 1 million terabytes. Yottabytes and zettabytes offer way too much space that it’ll take years for them to be of use to normal everyday computer users.

If you purchase a storage unit and you find out that it has less than the advertised number of gigabytes, it’s not because the manufacturer is trying to scam you. Rather, it’s a result of the difference between the 1024-unit system and the 1000-unit system.

What Is Osppsvc Exe: Is It Safe, or Should You Uninstall It? 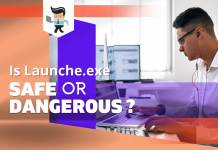 What Is Launche.exe: Is It Safe or Dangerous for Your Computer? 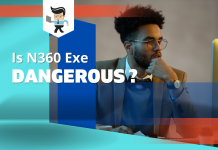 What Is N360 Exe: Explaining Its Downsides and Benefits 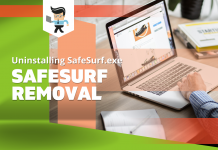 SafeSurf Removal: How to Uninstall It From PC Forever?

Unmountable_Boot_Volume: Reasons Behind It and How To Solve It