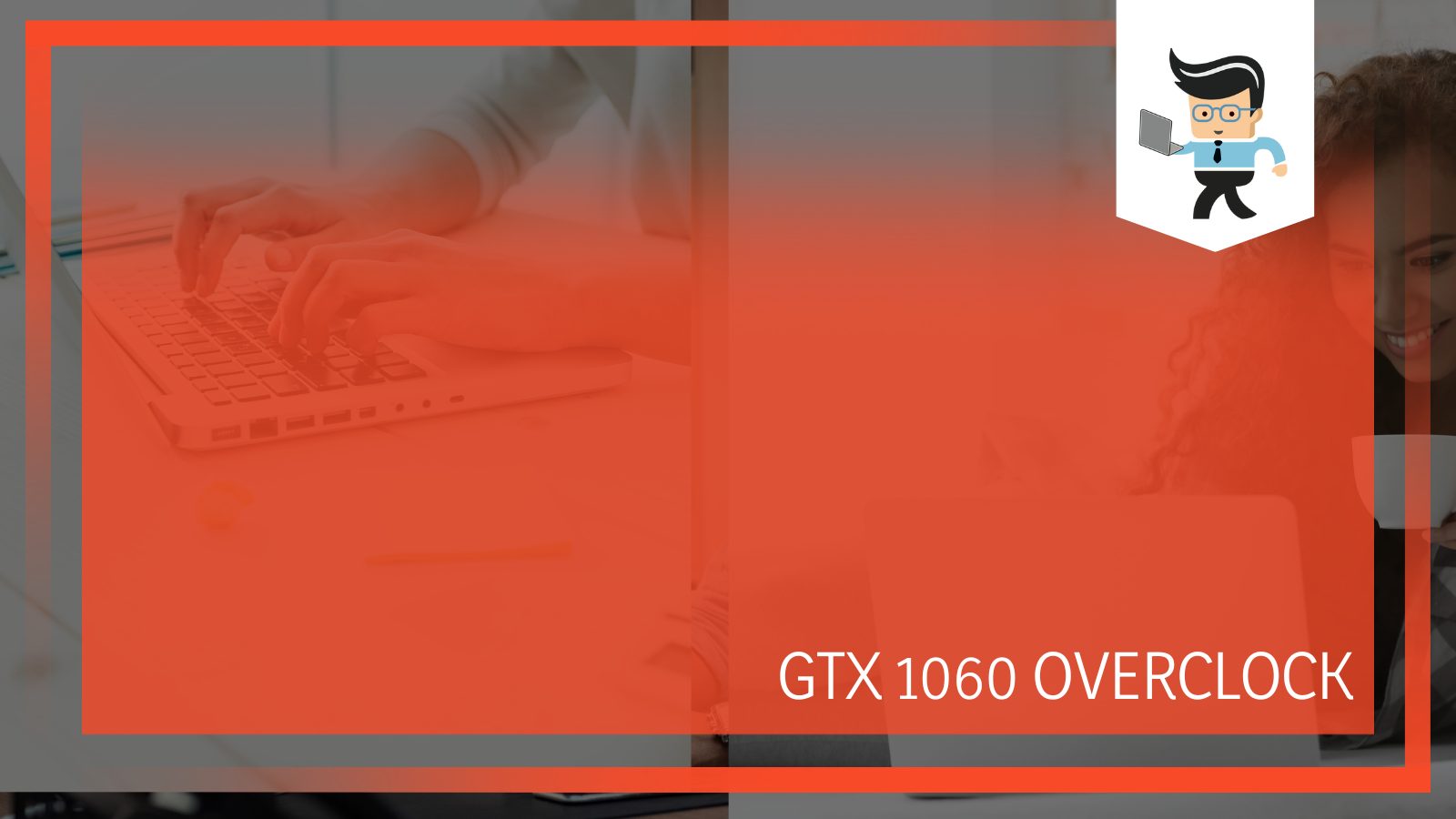 Here’s what you need to know about the overclocking settings so that you can also get the same or similar overclocking values.

How To Perform a GTX 1060 Overclock

To overclock the GTX 1060, start by increasing the VRAM and GPU by a small amount, like 50 MHz, and do a stress test using software like Furmark.

If it stays stable for around 10 minutes, increase the clock by 10-25 MHz and run the tests again.

– Know Before You Start

But overclocking the card is not that simple, and to better understand how you can do it, let’s get a few things out of the way first.

Since the introduction of Pascal (the GPU architecture that powers the 1060), it has become really hard to burn your Nvidia graphics card when performing basic overclocking.

With Maxwell, you couldn’t adjust the core voltage of the GPU, and with Pascal, it’s almost impossible to provide too much voltage to the core.

If you really want to increase the temperature, you will have to physically modify your card.

Pascal also introduced the GPU Boost 3, which, if you really consider it, also overclocks the GPU. And as long as the GPU is not limited by power or heat, it will continue to boost the clock.

Let’s understand this with an example.

Without turning on the OC Mode, the card can easily go up to 1700 MHz, which is more than the listed boost clock rate.

And if you turn the OC Mode on and only raise the power to the maximum limit (120% in this case), the boost clock rate will go up to 1890 MHz.

So, the bottom line is that you’re limited by power and thermal limits.

Just like the 1080Ti discussed above, the Nvidia GeForce GTX 1060 is also a pascal card, and the way to overclock it is also quite similar.

Start by increasing the power to the maximum that your graphics card software (like Afterburner) will allow you to.

While doing so, keep an eye on your clock and how much it boosts. At the same time, don’t forget to monitor the temperature.

If your card hasn’t reached the thermal limit, go ahead and boost the core clock in small increments of 50 MHz.

Continue doing so until you get artifacts (flashes or pops on the screen that definitely shouldn’t be there) or your card reaches the thermal limit. 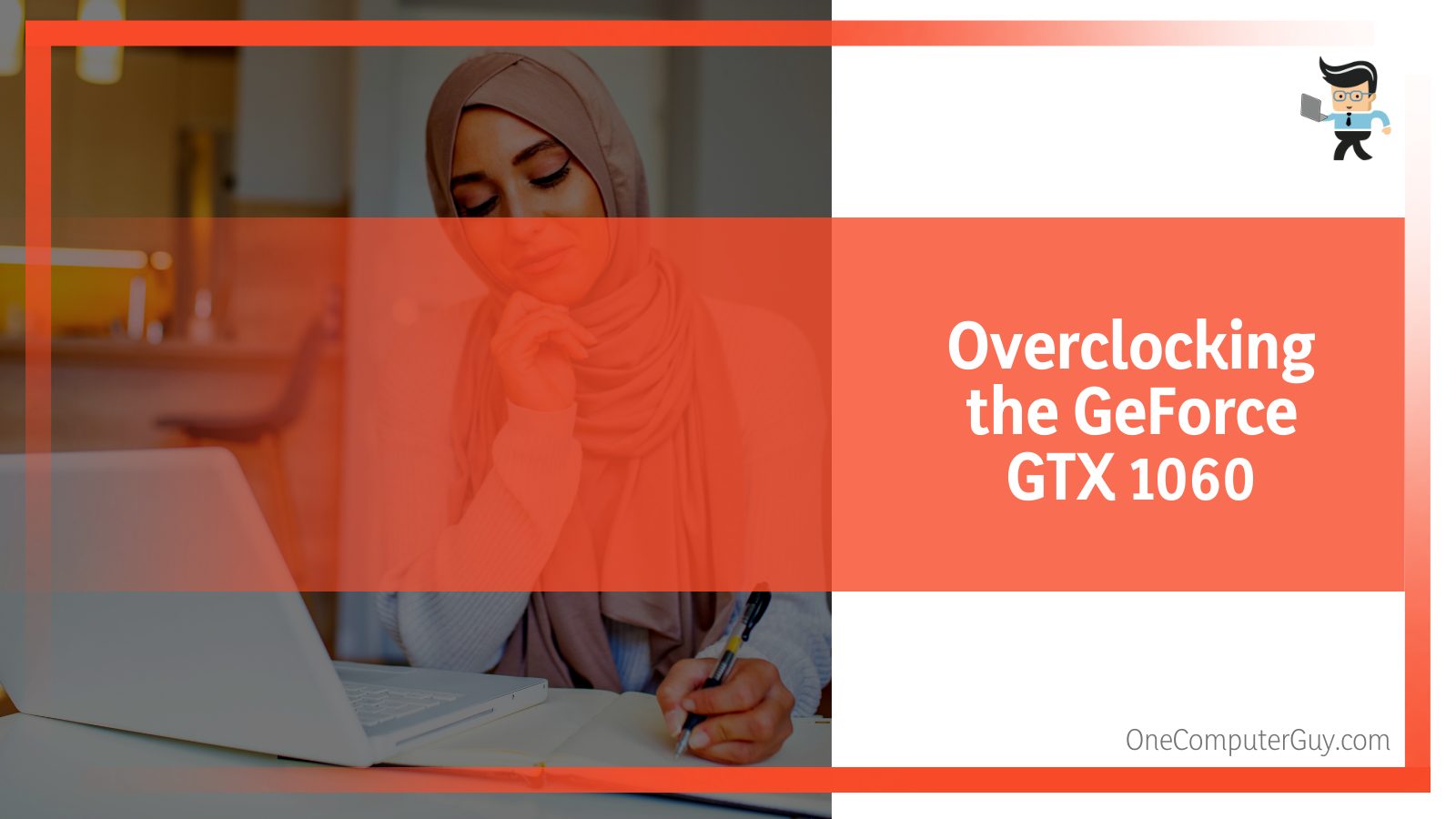 Also, make sure that you continue to perform some stress tests in between the changes using software like 3D Mark. Once you start getting artifacts, reduce the core offset back to the most stable value. This will give you a value where you can run your card comfortably without worrying about crashes or glitches.

Keep in mind that if you overclock too much, your screen will go black, and your GPU’s clock will fall down to a very low frequency to prevent damage.

In the case of the latter, you’ll have to restart the card to get the full speed again.

Once you get a good, stable overclock, stress-test the GPU again with Furmark for a couple of hours. If it doesn’t fail or crashes, you’ve successfully done a GTX 1060 overclock.

Keep in mind that your card’s frequency is never fixed because of the boost clock’s dynamic nature. Things like voltage, power, load, and limiters will alter the maximum clock state.

This is why in most cases, the card reaches a maximum of 2 or 2.1 GHz and stays stable thanks to the GTX 1060 boost feature.

What Are the Best Overclock Settings for the GTX 1060?

There’s no one best overclock settings for GTX 1060; you have to experiment with the values a bit to determine the right values while monitoring the system temperature and keeping stability in mind.

But to get you started, here are the recommended overclock settings for a few different variants of the GTX 1060.

Using MSI Afterburner, here are the most stable overclock settings for this card:

These values also prove to be good GTX 1060 overclock mining settings since they provide a maximum hash rate of 24.71.

– How Much Performance Boost Can You Get From a GTX 1060 Overclock?

Generally, you can expect a 7% boost across different games at 1080p. You might also be able to increase the memory clock by 15.7% and the observed boost clock by 6.9%, leading to about a 7% performance increase. 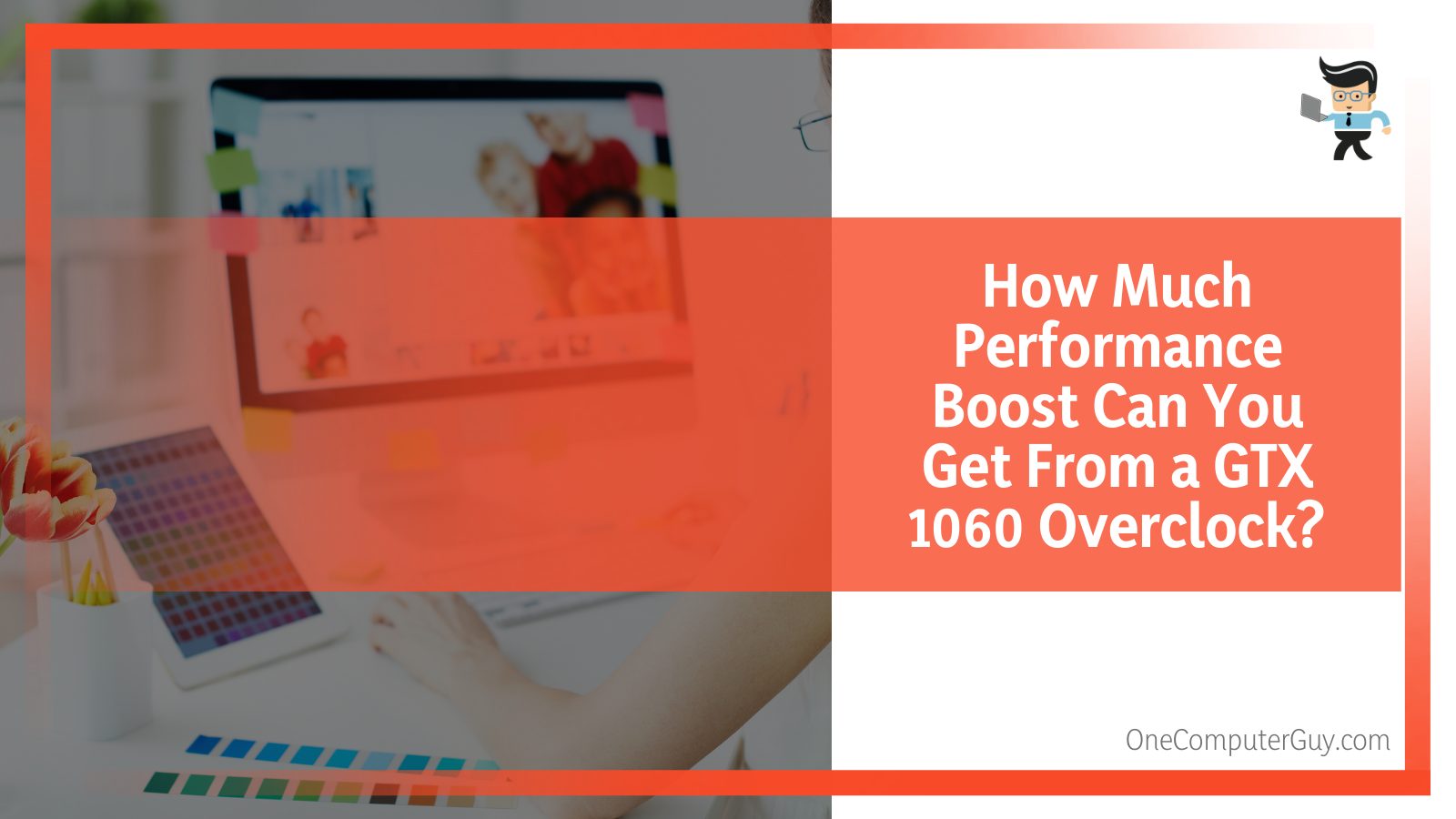 You might not find these percentages to be too much, but overclocking can help you get 60 fps in a game, which is almost impossible with the stock values.

A GTX 1060 overclock can help you get the maximum benefit from your card, especially when it comes to mining or playing GPU-intensive gaming.

Here’s a quick run-down of all that we’ve talked about in this article:

Overclocking is a little complicated, especially if this is your first time. But if you just stick to increasing the clock values in small increments, you’ll be good to go.

Plus, Nvidia has made it really difficult to burn the card with its new architecture, so you don’t have to worry about damaging your setup.