How does it feel whenever your GPU drops to 0 while you’re enjoying your favorite PC games? It’s annoying, right? It is exactly the same way for everybody, and it is one of the most common problems many gamers all over the world experience. 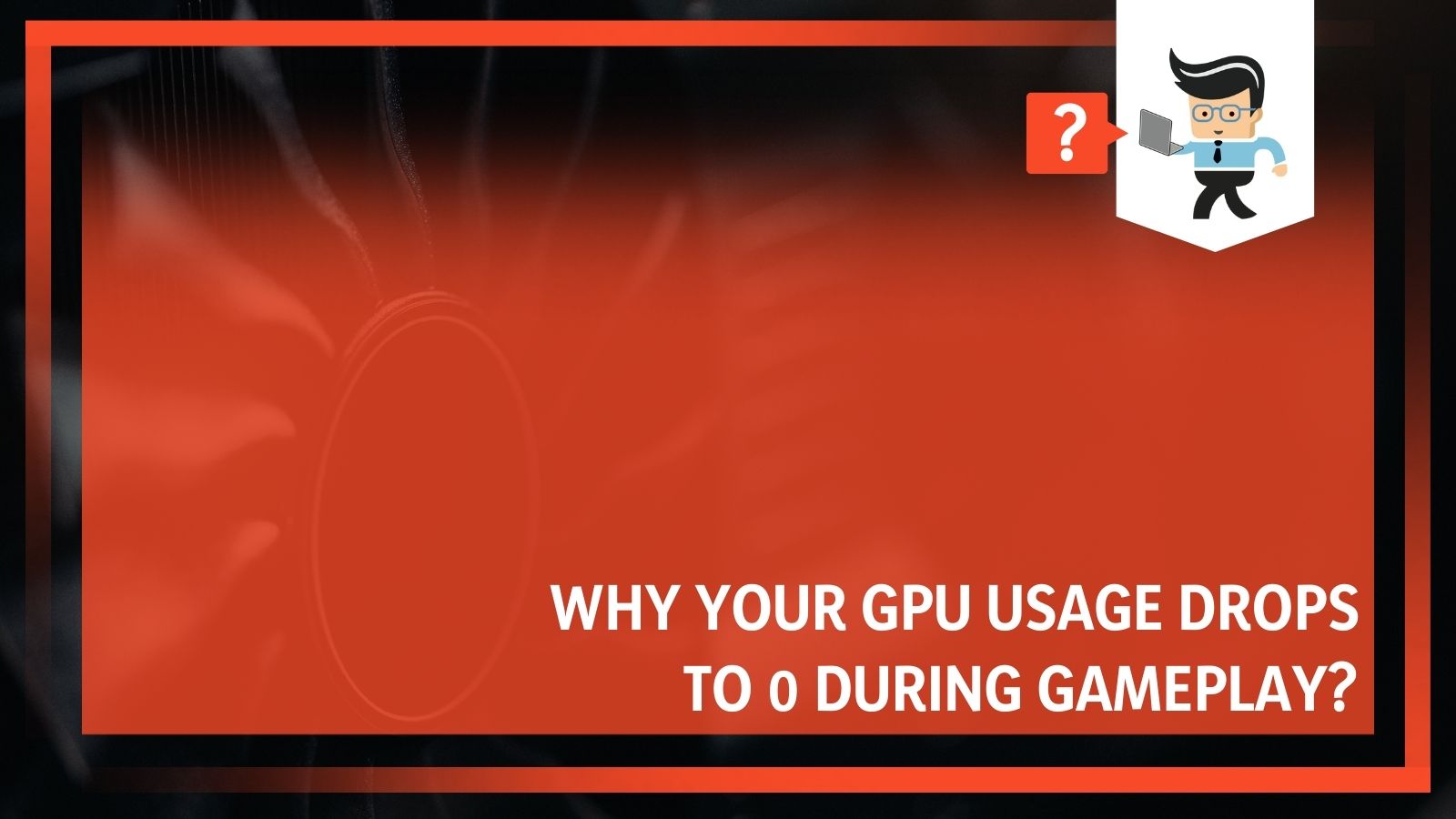 A drop in GPU usage translates to low performance or what’s referred to as FPS in games. This is because the GPU is not working at maximum capacity. As a result, its functions are not fully utilized in order to serve your needs.

If you want the best performance out of your graphics card, GPU usage should stand at about 99% or a full-fledged 100%. Anything less than that can easily lead to a low GPU usage problem while running some graphics-intensive programs and games on your PC.

GPU Usage Drops to Zero: Common Causes and How to Fix Them

There are some popular problems associated with low GPU usage. Before we get into that, it’s best to examine what a GPU is and how it functions.

What is the GPU?

The Graphics Processing Unit (GPU) is designed to handle everything that is transferred from the PC internals to a connected display. It doesn’t matter whether you’re gaming, running a video editing program, or using a web browser, the GPU renders every functionality.

A GPU is the most powerful component inside the PC, with most of its capabilities coming from the VRAM. These memory modules let the unit quickly store and receive data without routing through the CPU to the RAM on the motherboard.

This is because the video RAM used by your graphics card is different from the RAM your PC relies on.

We have established that most issues with low GPU usage stem from heavy usage. The problem could be a software and hardware-related issue. If you are playing a really interesting game you’re immersed in and experience a hitch or stop, it may be due to one or a couple of the following:

Video drivers also contribute to issues with GPU usage. You need to know that having the latest drivers isn’t always the best. Your graphics card might even suffer for it. If you have the latest graphics card drivers installed, it might still malfunction. When it does, it’s possible to roll back to previous drivers. 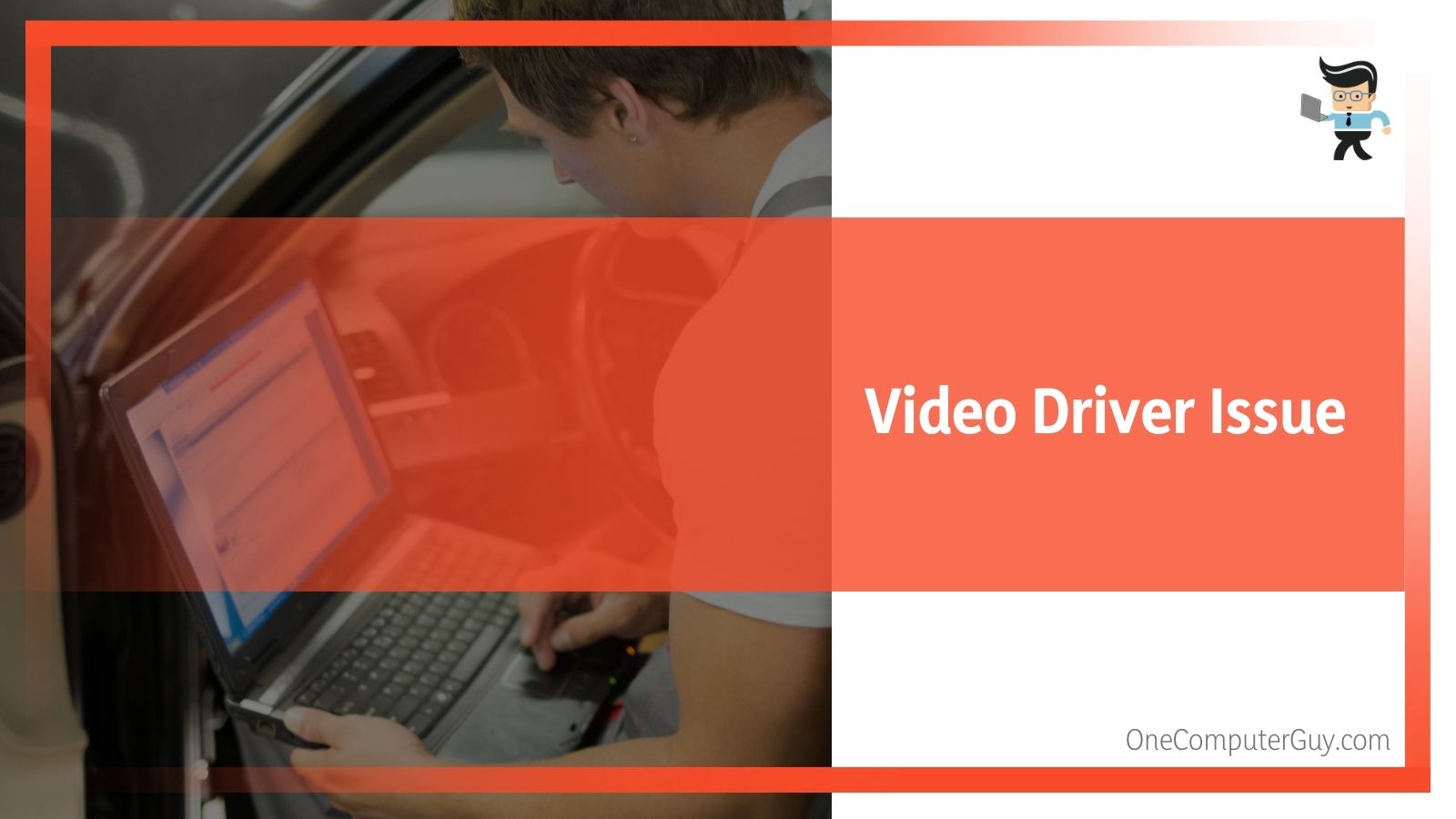 After rolling back, observe if things are back to normal. If they are not, use a new set alongside previously installed drivers.

Again, a particular driver might work best for your GPU but still not deliver the best performances for others. In fact, it might work perfectly with one while stuttering on other GPUs.

In addition, note that, before installing video drivers, you have to completely uninstall previous drivers using DDU.

DDUs work with both Nvidia and AMD graphics cards. They present the best video card driver uninstaller utility program that takes out every trace of the older video from the driver’s registry.

This is one of the major causes of low GPU usage. Bottleneck means that you have an under-powered CPU that can’t keep up with your graphics card performance.

Look at it this way: if you pair a GTX 1080 Ti graphics card with an Intel Pentium G4400 processor, the only result is a bottleneck. Your GPU remains underutilized for a long period of time.

Another way of explaining this concept is when you have a 100% CPU usage in games and low GPU usage. A CPU bottleneck results here, hence you’ll need a better processor to fit your gaming PC.

It’s okay to have your CPU usage within the 60 to 70% range, and a GPU usage at 99 to 100%. To check both, an MSI Afterburner software will come in handy. Bottlenecks are one of the reasons your GPU usage drops to 0 while gaming.

A VRM or Voltage Regulator Module is a vital component of a graphics card. One of its major functions is to provide the ideal specified voltage to the GPU and VRAM. The VRM is made up of several parts, including MOSFETs, Capacitor, Inductor, and PWM controller.

The MOSFETs stand out as the most vital part of a VRM. Perhaps that’s why they overheat rather quickly. Once they do, they will not be able to provide sufficient power to the GPU. In most cases, this leads to a forced throttle down, resulting in GPU usage drop.

The VRM MOSFETs might also have poor contact with the heatsink of the graphics card. This is mostly caused by an inadequate thermal pad used in the manufacturing process. If you want to fix this, use better thermal pads with the right thickness to replace the older ones.

If the GPU of your graphics card is overheating, throttling down to lower GPU clock speeds is inevitable. This will lead to a huge drop in FPS in games. Some of the reasons you may experience overheating in your GPU include the following:

This is a major part of gaming. Once you overclock on your graphics card beyond what it can take, the GPU cooler won’t be able to keep up with the temperature. As such, it will overheat and throttle down to lower clock speeds. This way, it doesn’t self-destruct. 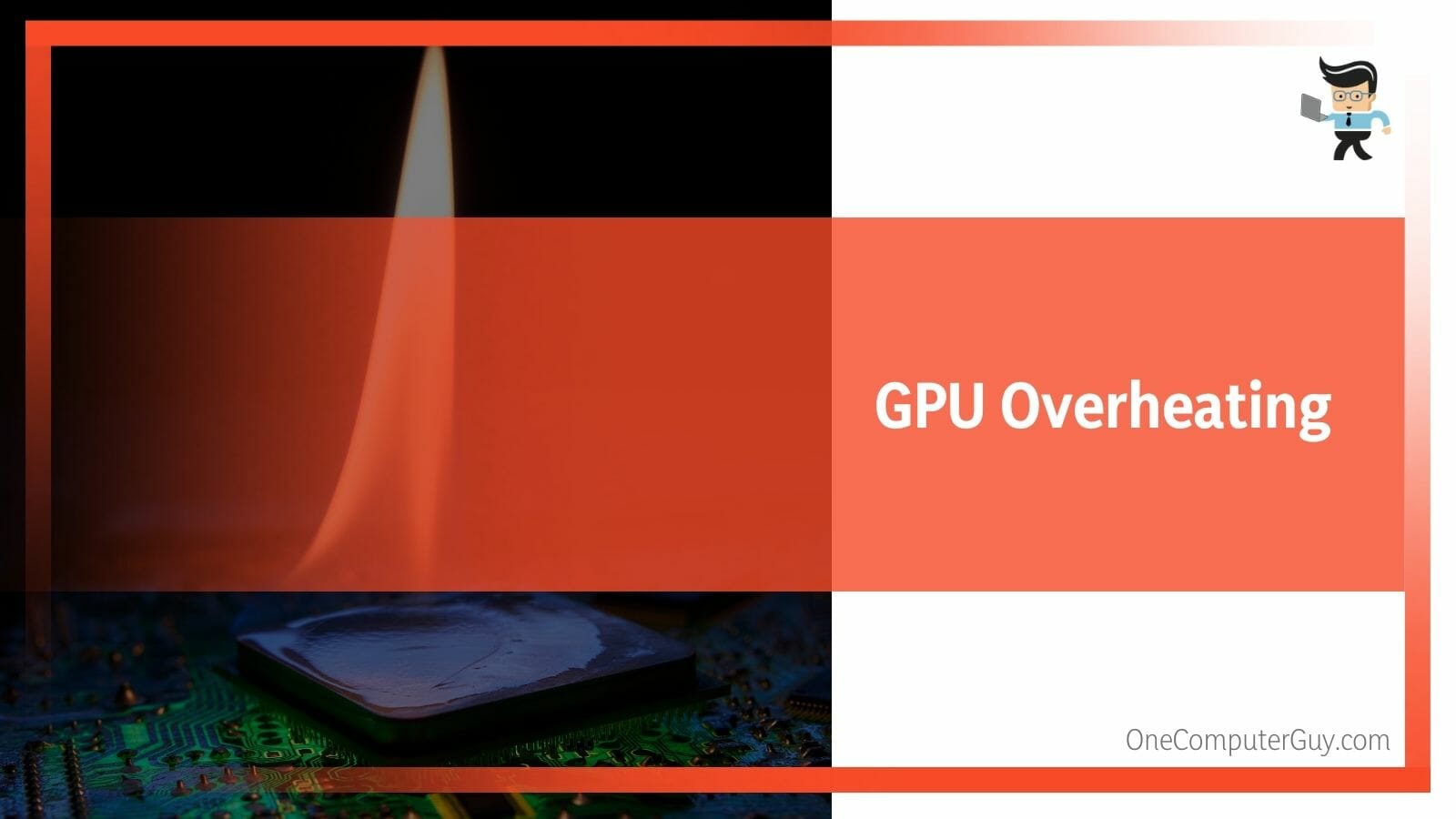 What you can do is reduce or stop the overclock and keep the temperature under normal working levels specified by the brand.

With your computer getting so hot, a bad or faulty fan could be the problem. You should replace the bad graphics card fan with a new one. This is the only way to deal with this issue.

This often happens with a bad airflow from the case. As such, a higher case temperature develops and affects many components. Your graphics card is not left out. To deal with this, install at least one intake fan and one exhaust case fan to improve airflow.

Good airflow is necessary to reduce the temperature of your graphics card and stops it from overheating.

A lot of games depend on the CPU, especially if they have bad optimization. This ultimately leads to very low GPU usage. It’s worth noting that this can’t be fixed unless you install patches or fixes released by the game developers.

You can also upgrade to a higher-performance CPU. However, if the issues are caused by the games being poorly optimized, there’s no need to upgrade your processor.

Having an underpowered PSU or a faulty 6-pin/8-pin PCIe connector contributes to GPU power drops. The power supply will fail to transmit enough power to your graphics card and CPU. As a result, both of them will have a hard time operating to their full capacity.

A good power supply, especially for your gaming system, is very important. Further, checks on all connectors often make the difference, especially if they’re not working well. A multi-meter will help you check the PSU connectors.

This issue comes about when you have driver issues or a faulty HB Bridge. Also, some games don’t run as well with SLI/Crossfire setup. It’s possible to run multiple graphics cards on Nvidia SLI or AMD CrossFire Mode and still have a low GPU problem.

Your HB SLI Bridge can reset, or you can replace it with a new one. Another solution is to install the latest video drivers or roll back to previous video card drivers. Again, you can disable the SLI/CrossFire for that particular game. 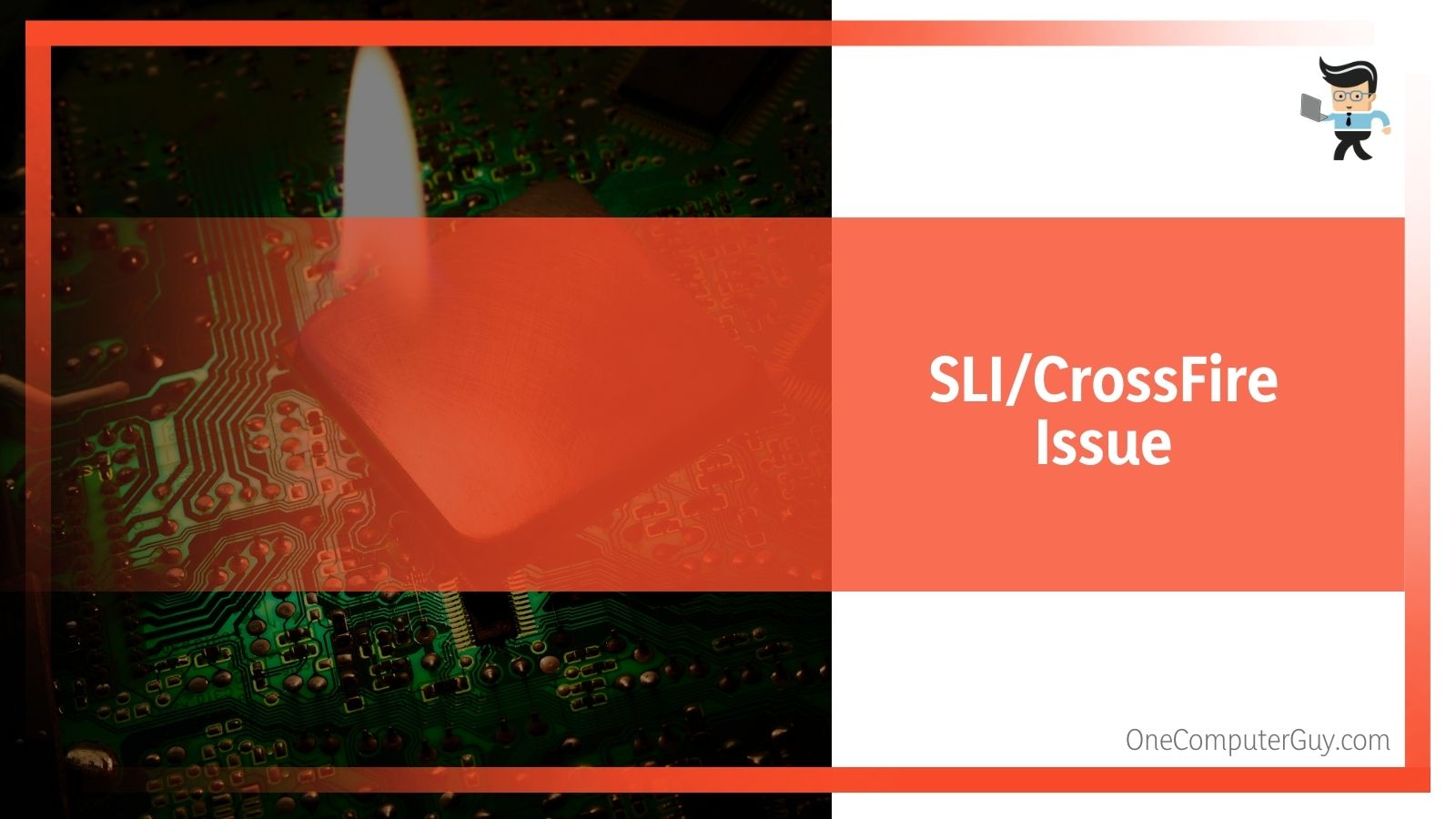 Further, you can attempt to switch from Rendering Mode to Alternate Frame Rendering (AFR). This can help to maximize GPU usage and stop any GPU drops to 0mh/s.

One thing is clear: you can’t improve your GPU usage without measuring it. Just use a useful tool like Nvidia-SMI to take a snapshot of your usage. You could simply track its usage over time. If you’re a gamer, this could mean stopping your GPU 3D from dropping to 0%.

• Let your GPU be the Bottleneck:

When the memory usage increases, the GPU usage drops down.

GPUs are getting all the more faster with different models to significantly improve efficiency. This article has shown that they won’t be without problems, especially if you love to game on your system. Your GPU doesn’t have to sit idle because of the mentioned causes in usage drops.

The problems can be fixed. Some of them require basic functions to adjust quickly. The most important thing is to squeeze out every bit of the 100% usage to enjoy your gameplay. Always remember to measure your GPU usage for effective and efficient performance.