Can you have two internet providers in one house?

It’s a more common question than people may expect, especially in an age where more people live with roommates. If you and your roommate are fans of two different internet service providers, want different bandwidth options, or just want to keep your bills separate, having two ISPs in one house may make sense. 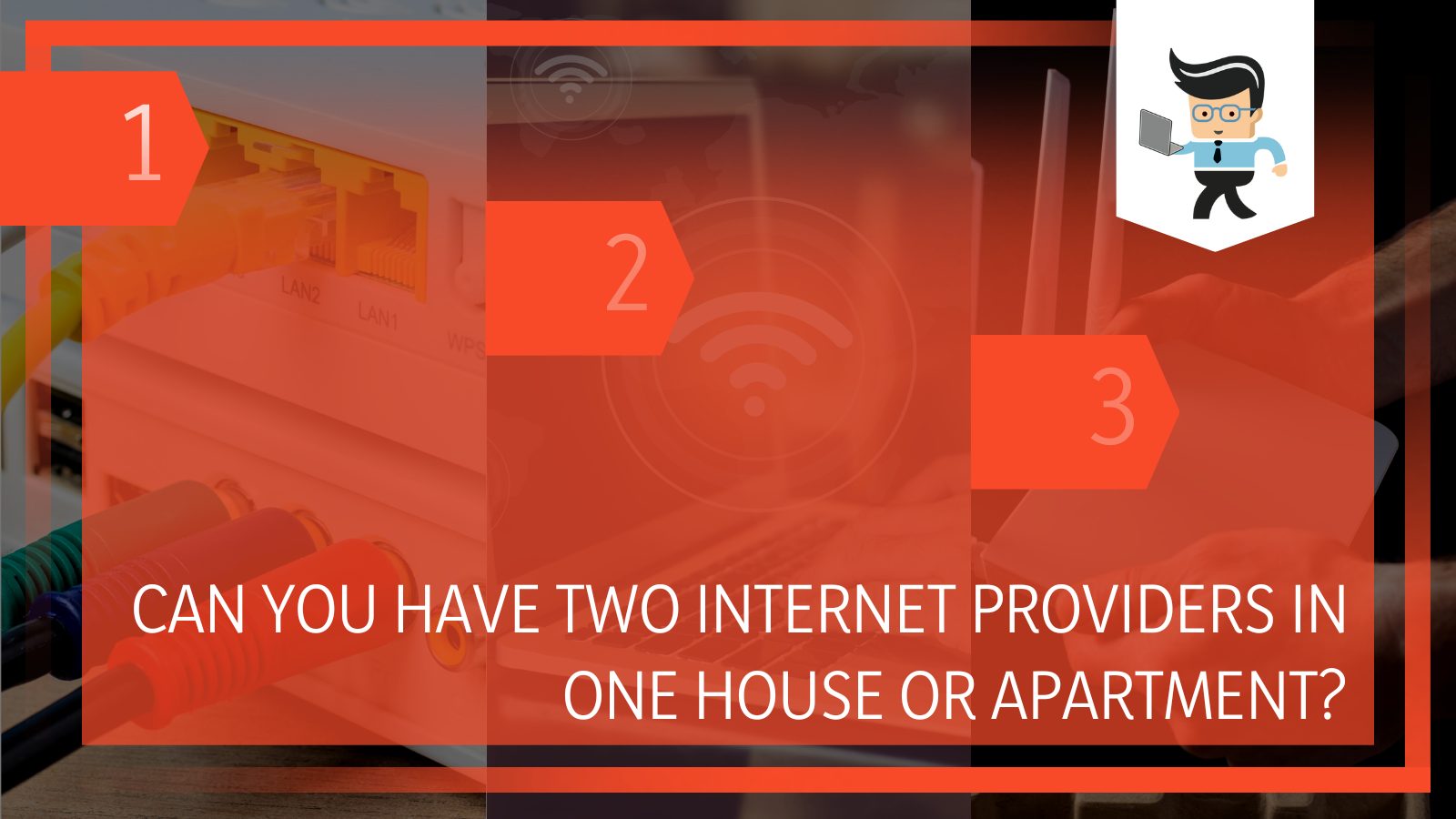 In this article, our experts will explain why you can or cannot have two different broadband providers in your home, why that is, and how you can make all technical aspects work.

Why People Want More Than One Wi-Fi Provider

Not even a decade ago, our standard wi-fi connections were more than enough to handle all that we needed. Now, in the age of streaming, smartphones, smart devices, and more, we need stronger, better wireless connections. Too often, standard wi-fi routers are overwhelmed by too many devices, too many connections, and too much distance.

When too many are running simultaneously, it can overwhelm and cause connectivity issues on a home network. Playing a video game and having the connection drop is annoying but not deadly, but having a thermostat lose connection could result in some costly damages to your pipes on a cold winter day.

One solution that has worked in the past has been having multiple ethernet cables dedicated to the devices that need stable, constant connections. However, that makes things messy, hard to move around, and the internet isn’t always fast enough.

Is It Possible to Have 2 Internet Providers in One House?

The short answer to this question is yes, it is possible to have multiple internet connections in one house. However, whether or not your house can have two internet providers depends on your current connection, your provider, and your budget. 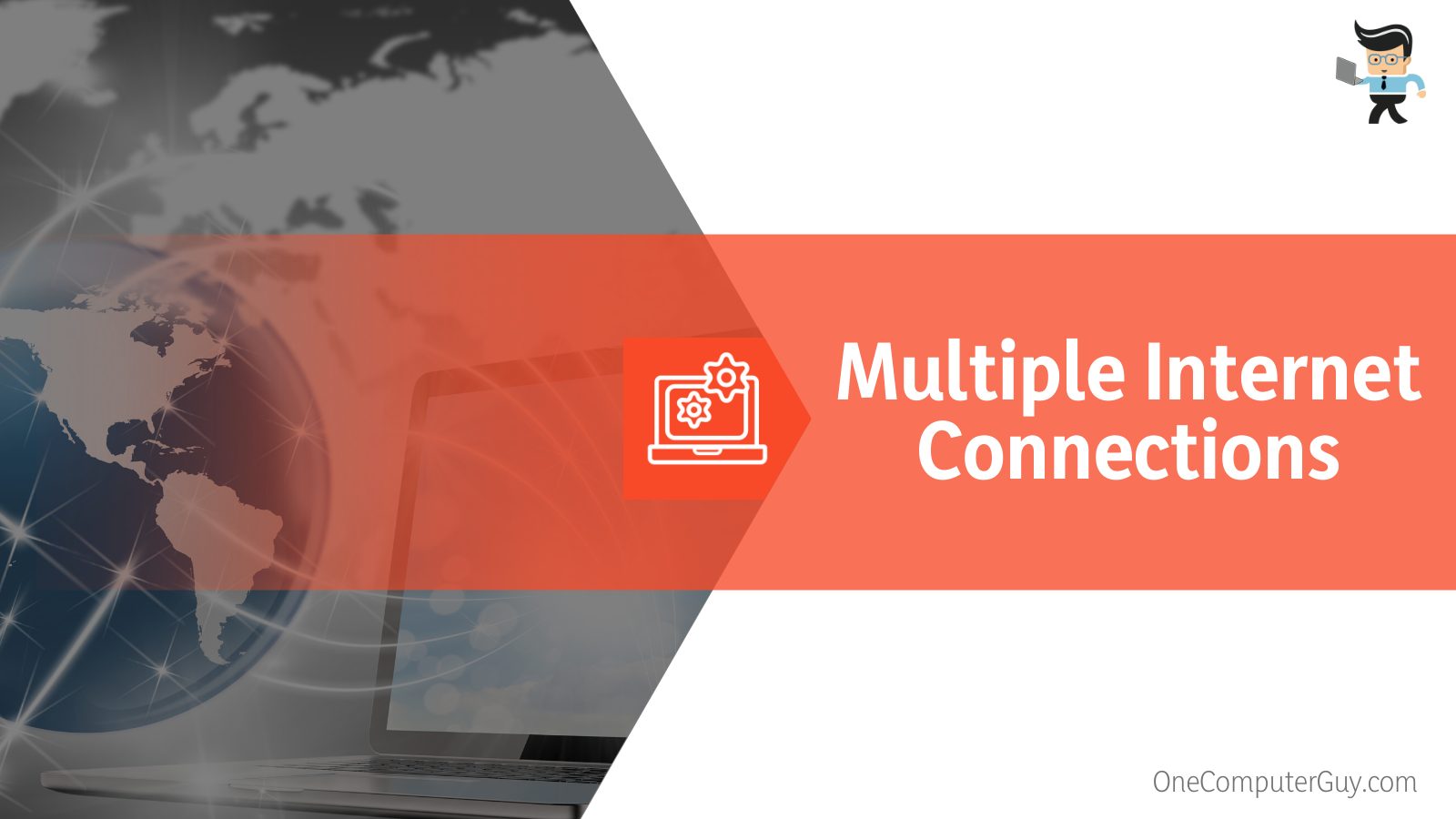 If you currently have DSL internet in your home, you will have a hard time finding another DSL provider. This is because many DSL providers actually use the same cabling (they rent it!) to provide internet access, or else we’d have too many wires and poles in our neighborhoods.

You’d need to find a provider who doesn’t use the cables your existing DSL company uses, which is hard. You may also need to install a new phone line into your home.

If you have two cable providers that go to your home, you can get both of them to give you connections. However, the internet and telecommunications sector is filled with monopolies and you might not have access to two companies.

If you live in an apartment or a housing complex, you will have to check your rental agreement to ensure you can go to a competitor for internet access.

Even if you find two providers, it can sometimes be difficult just to get the internet connection with a cable agreement, so you may have to pay double, which can be too expensive.

There’s a little more to it, so let’s break that down.

Why Two Internet Providers in One Home May Not Work

Truthfully, the internet is a complicated thing that is held together with tape and dreams in most places. In the United States, the infrastructure is old and needs modernization, making it difficult to get two internet providers in one home or even in one city.

When you have the internet, you are part of a network or networks. Everything is interconnected. 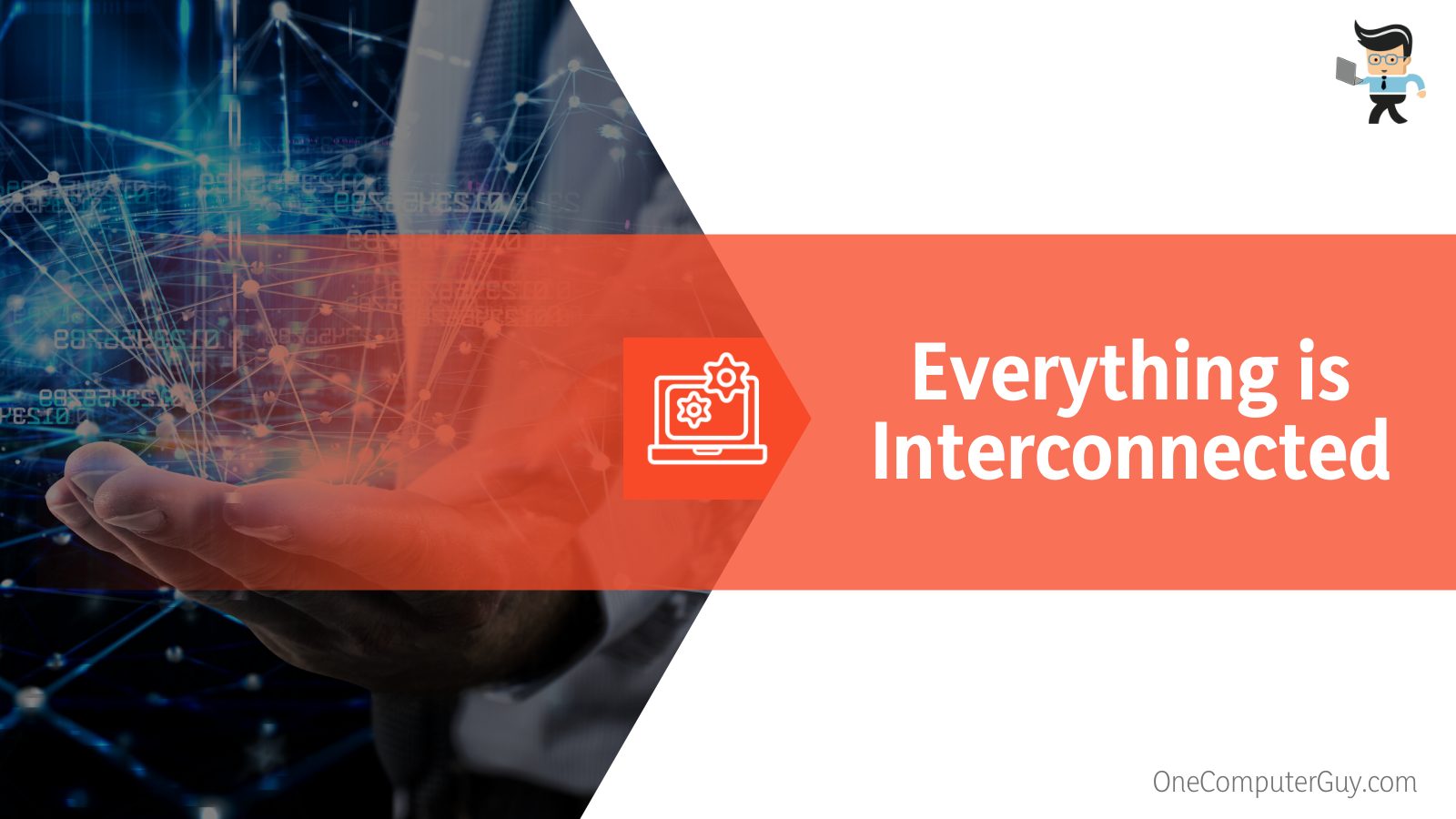 Your internet service provider (ISP) pays for infrastructure on their own or rents out pieces of the infrastructure from someone else. There are thousands of miles of fiber cables out there, but companies all use the same pieces.

You pay for access to the specific service, but you are theoretically getting the same internet that another company offers. Now, what you pay for includes the devices, speeds, and more that comes from the direct company.

If you were to rent out those fiber cables, you could even build your own internet connection. Unfortunately, it would likely be far more expensive.

One More Issue: Lack of Options

Many people have issues with their internet connections and can’t do anything about it.

The Internet is somewhat limited in many areas, particularly in the United States. Consumers just don’t have many choices for their internet. They either get the “big” monolithic company, or they don’t get it at all. In today’s world, that really isn’t an option. 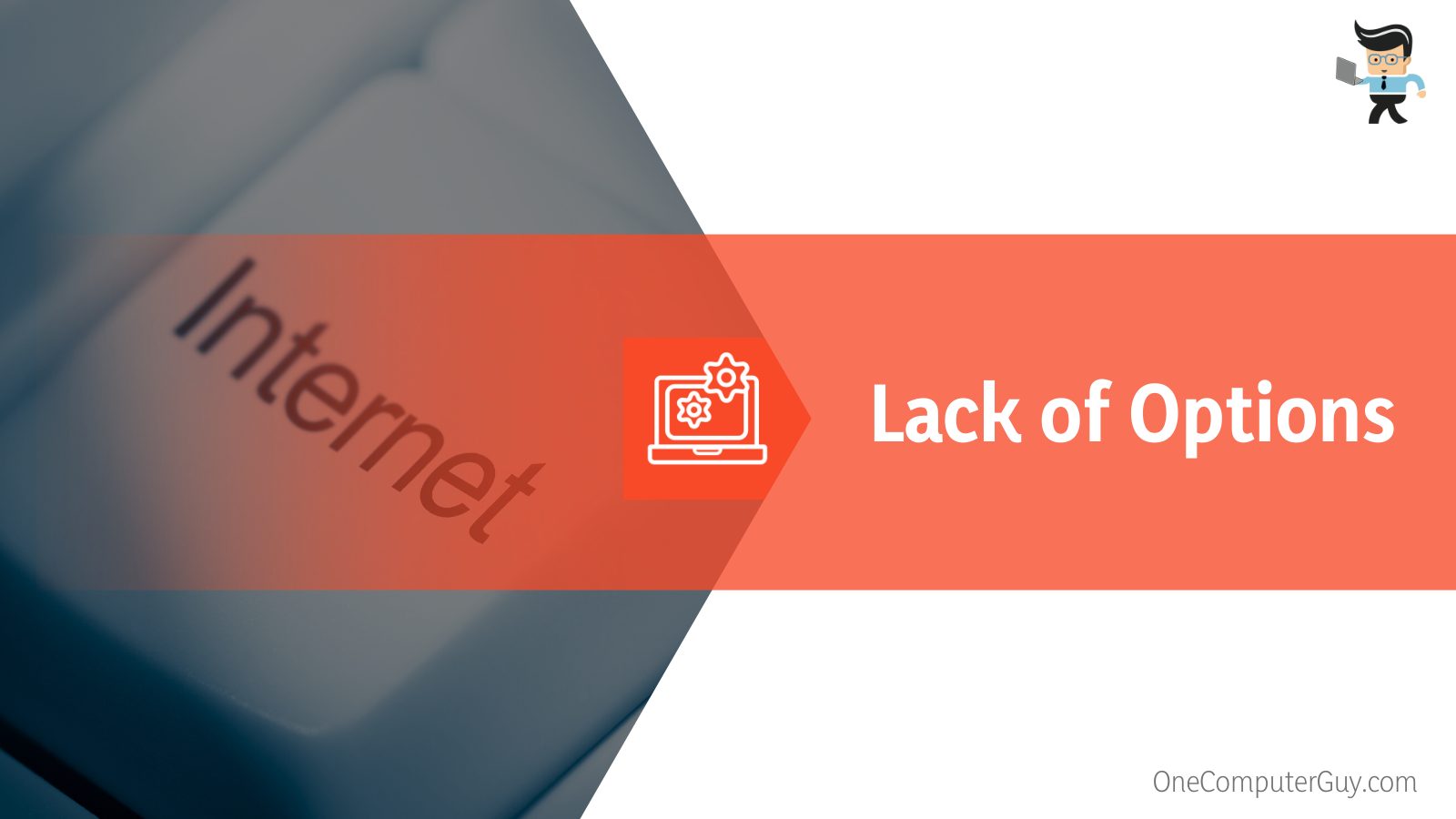 If you want to get two providers in your house, you may have a hard time even finding another provider who serves your area. In particular, communities, municipalities, and townships have special deals with only one or two providers, and you can’t get anyone else.

The climate is slowly changing and in a few years, it may be easier to find more than one option for internet providers, but you just have to work with what you’ve got for now.

Tips to Get Two Internet Connections One House

If you do want to get two internet connections one house, there are a few tips you should think about before having the new wires installed.

Be Sure To Tell Your Technicians

Be sure to tell them that you have another internet connection for them to work around. They will be able to tell you where to get your connection installed so that you get the best connection.

If possible, divide your home and use different connections there. For example, you can divide by floors, bedrooms, or even divide the home half lengthwise.

It will depend on a few things, including where your technician can install your wires, but you can move your routers and modem to help divide your home.

If your family also uses it, you will have a harder time writing it off.

Can You Have Two Networks From One ISP?

Connecting too many machines to a single network can lower speeds and decrease performance, particularly streaming, gaming, and editing. The easiest workaround to having two internet providers in one home is to change the access point so that there are two networks.

There are two different approaches to doing this, and they are cheaper, faster, and easier than getting two internet providers to your home.

First Method: Use a Hotspot To Get Two Networks

This method is simple, but it isn’t permanent. It is great for guests or having someone stay with you for a few weeks. You will need to use a tablet or a laptop that has hotspot capabilities. 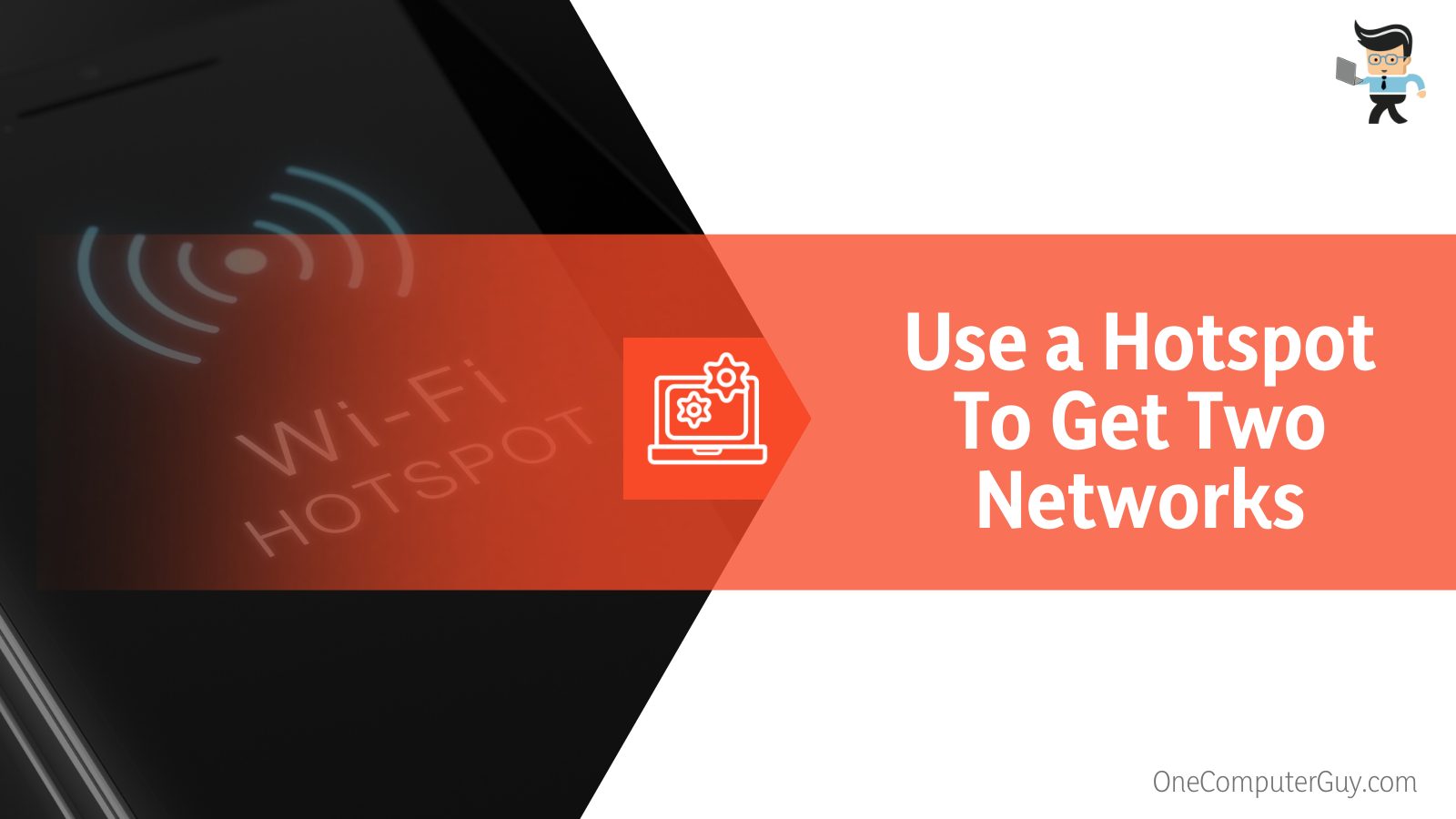 Test to see if you now have two networks to use. Once again, this method doesn’t last a long time, but you can occasionally use it.

If that method doesn’t work for you, you don’t have a tablet or laptop, or you need something a little more permanent, the following method fixes those solutions, though it requires you to purchase a second router. 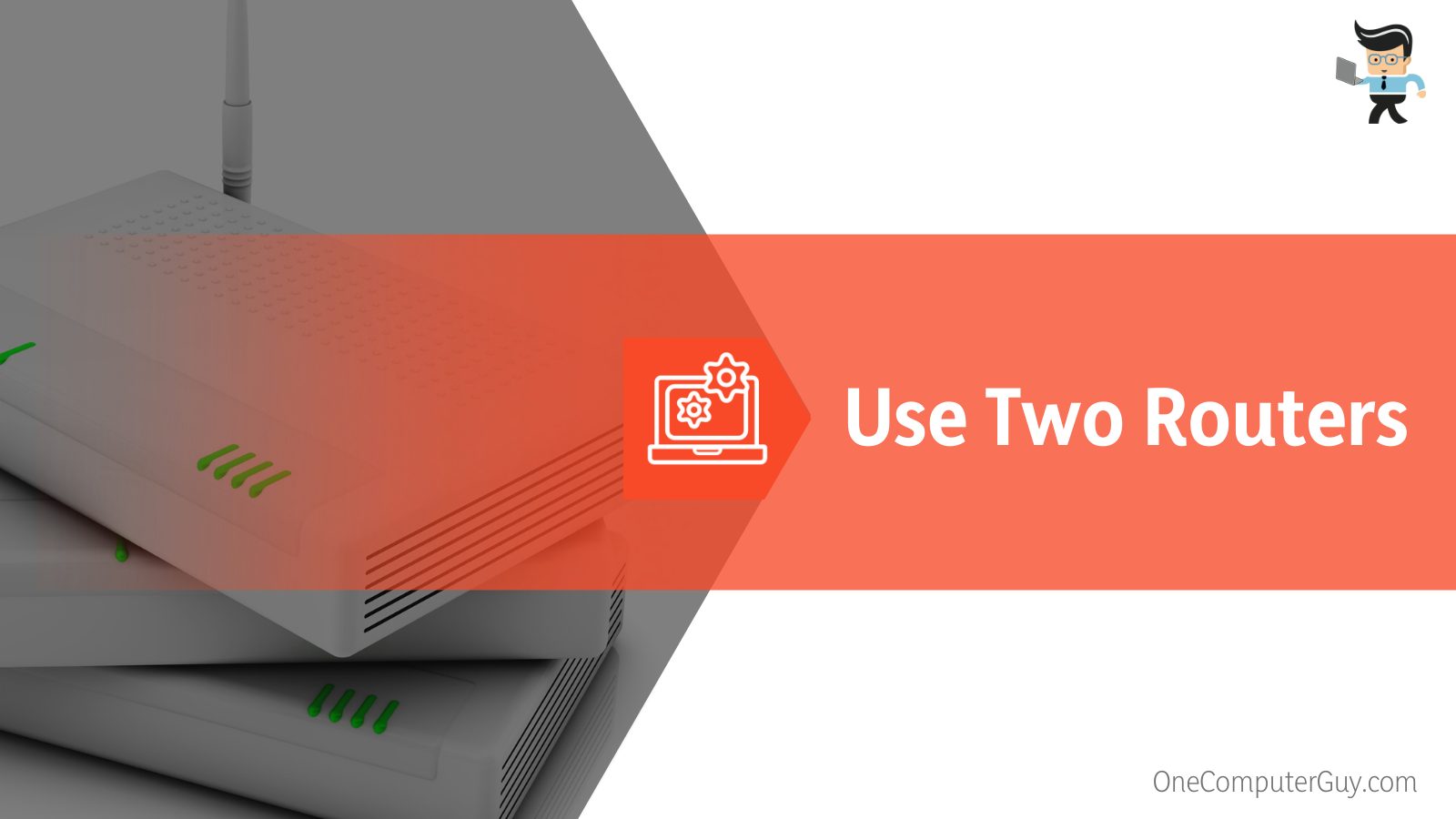 Tip: if you need to enter a password and username but haven’t created any, it could be that they were set by your ISP. Most companies use a generic “admin” for the username and “password” (all lowercase letters) for the password.

Even with two routers, you may need to reestablish them every so often.

Conclusion: Can You Have Two Internet Providers in One House?

You can get two internet providers and connections into one home in many cases. There are situations in which you will be limited to one choice, particularly if you live in a more rural area.

If you just want something with more speed, you should either improve your singular internet or use two networks through the methods listed above. It is cheaper and more effective in many cases.

Having two internet providers in one house can be effective, especially if you want to keep your bills separate, but it isn’t always possible.