People looking to build their systems or upgrade often weigh the question of Broadwell-E vs Skylake for which CPU they want to use. You can spend hours discussing which one is better and get many points-of-view, but you need straight facts. 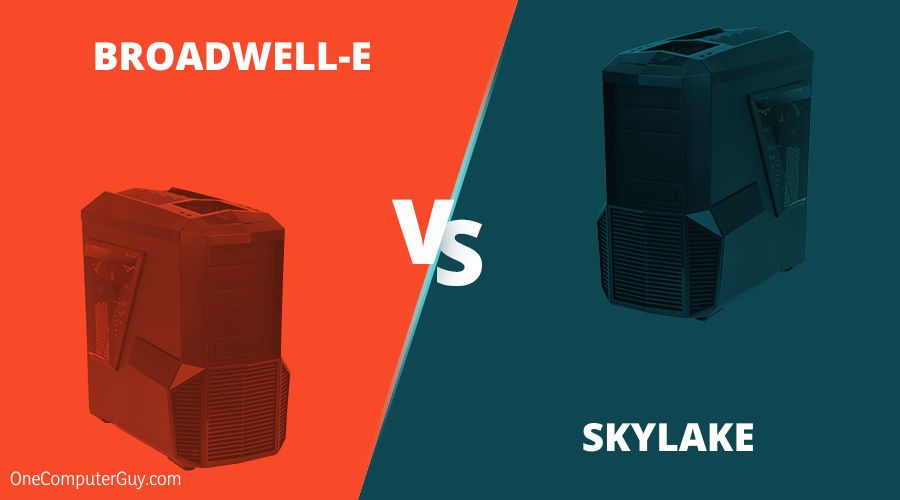 Our experts have looked at the truth about broadwell vs skylake for gaming, work, and more. We have found what you need to know about each one. Keep reading to find out the differences between Skylake and Broadwell, Intel Skylake fact, Broadwell-e Specs, and more.

You’re here reading because you want to know the difference between Skylake and Broadwell. Below are helpful discussions, overviews, and details of both. 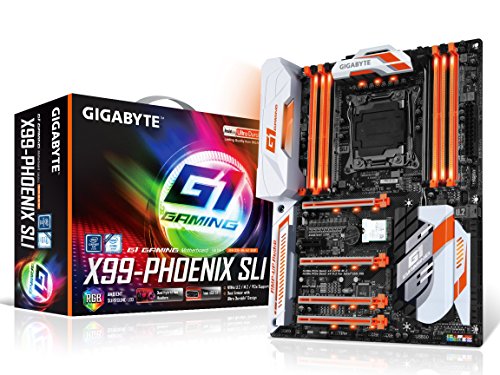 Some people know Broadwell-E as the Intel 5th Generation, but most people will use the terms interchangeably. It was a codename used in the production of a 14-nanometer die shrink of the architecture. It was supposed to be a codename, but it has stuck.

This generation greatly improved on some of the older models. However, it still drew heavily from the Haswell microarchitecture that it succeeded. To make things even more confusing, some builders will use Broadwell by the chip names instead, including Celeron, Pentium, and Xeon. It is also used in Core M processors.

Broadwell is serious about improving the performance of things like the arbitrary-precision integer operations using RDSEED. It also uses SMAP or Supervisor Mode Access Memory Prevention, which makes this processor more secure than other versions. The security is reliable, especially at this time, though several bugs hackers still take advantage of.

Some of the new features included with this microarchitecture is Broadwell’s Intel Quick Sync Video hardware video decoder. It adds VP8 hardware decoding and encoding support that helps with video generation and audio speed, which is greatly lacking in Haswell.

One of the most significant issues with the Broadwell processors is that it wasn’t a huge seller. What this issue means is that there aren’t many variations and changes compared to other generations. Intel moved onto the Skylake version pretty quickly.

They are still somewhat readily available (mainly secondhand). Still, there isn’t as much support within the community if something goes wrong. The final problem was that it was initially tough to get this model (which wasn’t as popular).

Interestingly enough, users could not get Broadwell in lower-priced processors, which added to its lack of popularity. Still, it was suitable for gamers or those who needed professional quality builds. Broadwell was the primary chip for tablets and certain ultrabooks as well. 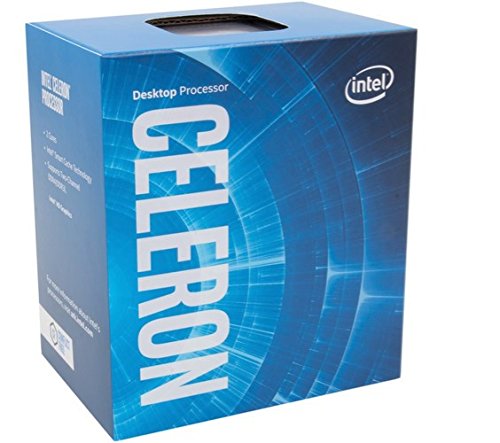 Skylake is the next generation of processors that came out in August 2015. This wasn’t long after the Broadwell release; that is why so many people compare them to each other. They used the same microarchitecture with some significant improvements. These improvements came mainly in power consumption and CPU and GPU performance.

Skylake is one of the last Intel platforms that support Windows earlier than Windows 10. However, people have found some backdoor ways to use newer versions.

Under this new Skylake generation, the most considerable improvement (and most needed) was with battery life. The improvement was significant, and some of the same technology is still used today. Heat management was also another benefit of this. Under regular stress loads, it was nearly flawless, and gamers appreciated it too.

Intel Israel was also behind the development of this processor, so it was tiny. It was half the size of other laptops, which helped to make laptops even more portable. The processor was also a favorite of gamers because it could easily be overclocked without a lot of experience.

The new generation’s biggest problem was with hyperthreading, though patches seem to fix that issue almost immediately. It didn’t have the manufacturing of production problems that Broadwell did, nor were there high costs. However, it was particularly susceptible to attacks from hackers, and it was only available for a short time.

The main difference between Broadwell-E and Skylake is, Skylake had a better chance at success because it was produced better and has more options than Broadwell-E. Skylake will be an improvement over Broadwell-E, but it can be somewhat difficult to spot some of the differences between the two.

All of the CPUs on the market will have some bugs as there is no such thing as a perfect product. Both of these CPUs have some issues, but Skylake tends to have more support for bugs and better fixes. Broadwell-E didn’t get the attention it deserved.

As mentioned above, there were some reasonably significant manufacturing problems with Broadwell-E,  meaning that there is just less known about the fixes, uses, and ways to use this CPU to the fullest. Even though Skylake had a shorter lifespan, there was a passionate following.

When you talk about older models, you need to think about how easy they are to get still. It is much, much easier to find Skylake models for resale or even brand new. With some research, it isn’t hard to find either version, however.

Of the two options, there isn’t competition when it comes to speed. The newer Skylake is faster, whether you get it resale or fresh. No matter what you want to accomplish, it will be fast for Skylake to do it.

with the more popular option, there are far more integrations for it. However, there are pretty similar amounts just because of the age difference. Still, you will find more support for Skylake to come out the winner once again.

Intel works to keep everything they have secure, as that is a huge selling point. However, this is one of the only areas where they slipped up with Skylake. It isn’t huge, but Spectre attacks can be somewhat tricky.

If you are trying to pick a new CPU, you will likely find one of your dreams. There is a ton of variety out there. For a traditional computer or laptop, it comes with the parts already chosen and ready to go. However, if you are going to build your own, you need to think about the following:

1. How Many Cores Does It Have?

Cores are essential, and you can find anything from the smaller, cheaper dual-core to more expensive eight-core processors. Both of these architectures have dual-core, so they will be sufficient but may not handle today’s needs. The more cores a CPU has, the faster and more efficient a computer will be, so higher is almost always better.

Cache and memory aren’t the same things, though they are often confused. The cache is a small amount of high-speed memory that gets used for temporary storage. The more cache you have, the more files you can store, and the faster browsing will be.

When there is a known bug for a CPU, it can quickly transform into a big to-do for the company. Bugs can wreck builds and destroy many other good features that a CPU may offer. Some CPUs are so bad that people replace them automatically. Neither of these met that fate.

The faster your CPU is, the better it will be at handling the heavy loads and stress that you put it through, mainly if you are a graphics-heavy user. Slower CPUs can hinder performance, but most users won’t notice it until they start playing a game, stream, or design.

If you are going to build your computer, you need to pay attention to compatibility. Some people will start with the CPU, but most people don’t, so you have to ensure everything works well together. Thankfully, more Intel CPUs have a ton of options.

CPUs can give off a ton of heat, particularly if you push your computer. If you are going to play a game or overclock, you need to ensure that your CPU can handle it. While not having an excellent thermal design isn’t wholly damning, it can make situations very difficult. You may need to add your cooling system into the mix.

The best place to start when you are buying a CPU is to think about what you will put it through. Anyone who games or uses their computer for graphics-heavy work may want to invest in a better CPU. There are some other choices to splurge on before your CPU, but it is something to take into consideration.

Intel’s Broadwell-E vs Skylake: Which Comes Out On Top?

If you are trying to choose between Intel’s Broadwell-E or Skylake, you need to look at both models’ history. While history doesn’t always indicate much, in this case, it is pretty easy to see that Skylake is almost always going to come out on top.

Still, there are certainly newer and fresher models that may interest you much more than either of these.