Bottleneck calculator tools are a simple way to check the relationship between the processor and the graphics card inside your computer. Sometimes the CPU will be much more powerful than the GPU, and sometimes it will be the other way around. 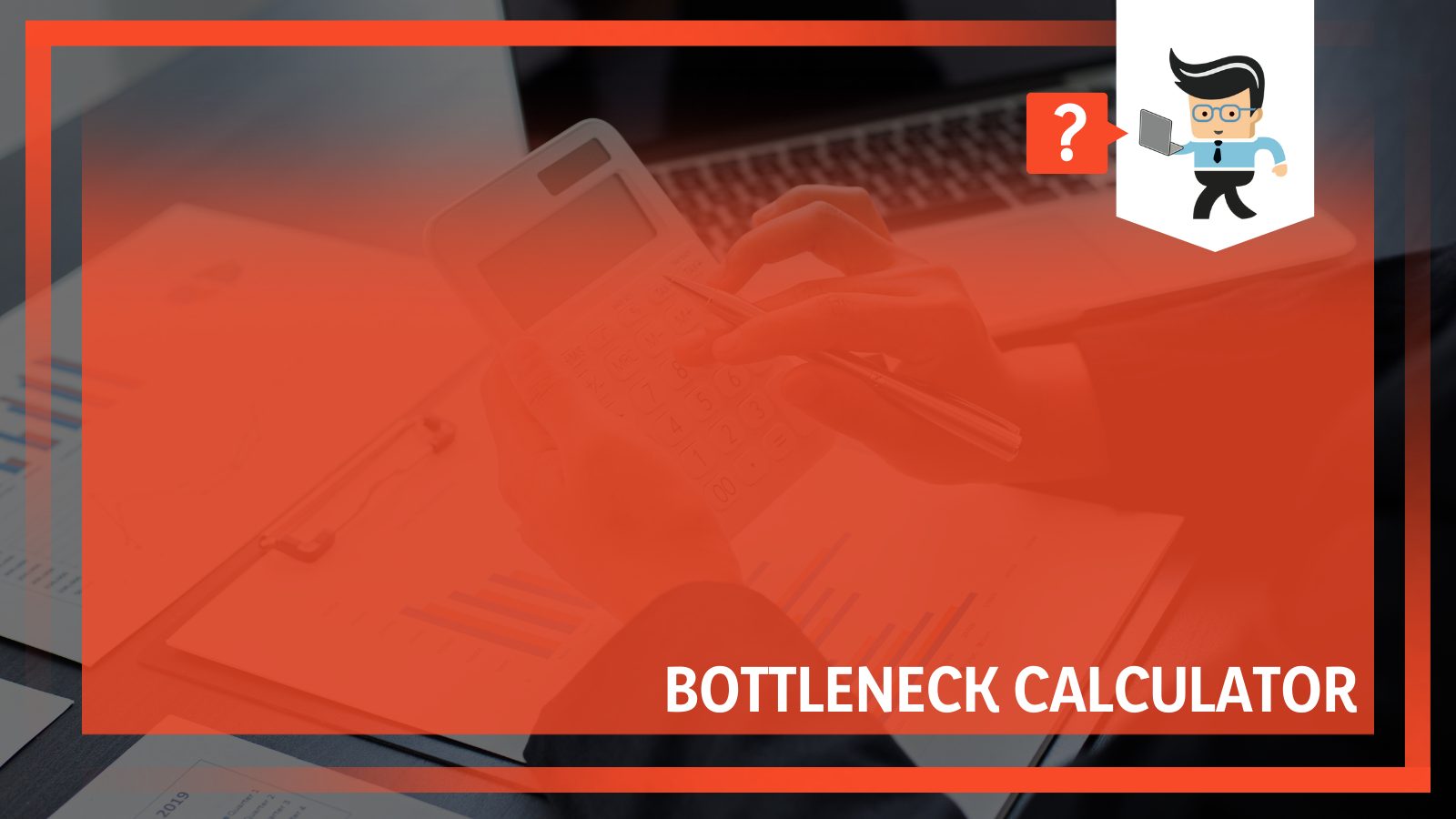 Having a CPU more powerful than your GPU may create a large bottleneck percentage, but will actually provide an advantageous situation in which the processor is able to not only handle the load from the graphics card, but will do it and still have the processing power to spare for any background applications you have running.

Having a GPU more powerful than your CPU may not be as much of a problem as you might think, but the CPU will have to work harder and may not deliver the best performance because it will not have the ability to appropriately handle the demands of the GPU.

In the following article, we will discuss the bottleneck tool itself, the meaning of the percentage and its relationship to the power and demands of the CPU and GPU, and whether or not the score can be trusted to help you make a decision about which hardware you should choose.

Online tools offer the ability to check how a CPU and GPU will work together, and the bottleneck test will output an expected bottleneck percentage. This can be illuminating if you know you have good equipment, but don’t know how it works together.

Some CPU/GPU pairings run through the PC builds bottleneck tester and their relative percentages, where anything over 10% is considered a bottleneck: All of these bottleneck calculations were made with 8 GB of memory as a constant. 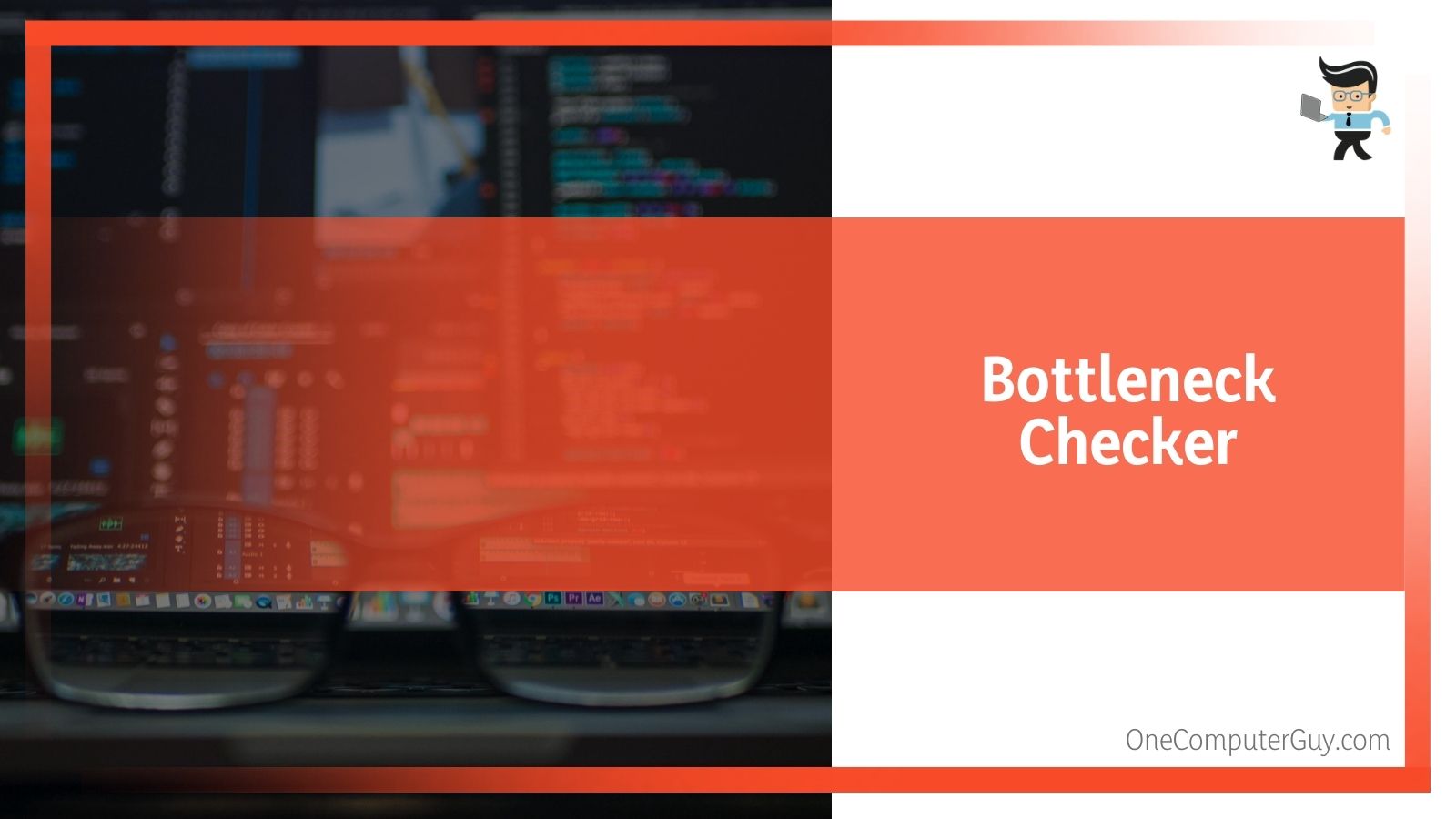 Because the percentage is a function of the relationship between the scores of both the CPU and the GPU, the bottleneck threshold of 10% can be reached by either the CPU or the GPU in the comparison, so it is important to understand which of the parties in the face-off is the limiting factor.

In the table above, the i5-8600K processor is the limiting factor in the bottleneck with the RTX 2080 graphics card because it is underpowered for the system. With the lower end i5-8600 K processor, the lower of the two graphics cards are slightly underpowered compared to the CPU, just barely crossing the threshold of what is considered a computer bottleneck.

With the middle graphics cards, the i5-8600 K shines with a bottleneck score of just a few percentage points, meaning that the CPU and the graphics card will work well together.

It is only at the top end of the graphics card spectrum that the i5-8600 K fails to keep up with its graphics card match, and this processor was still able to match up with the RTX 2060, part of the new flagship 2000 series of NVIDIA graphics cards, even if it is a lower model.

You would be better served by splitting the difference in cost and getting a slightly better processor or a slightly more modest graphics card. At the very least you can save yourself the money you would otherwise spend on a high end graphics card.

It was far more likely in running these combinations through a bottleneck detector and calculating their percentages that the GPU was the limiting factor, and the processor was over powered for the matchup. This was particularly true of the i7-8700 k processor and the graphics cards run through the bottleneck finder because with the lower NVIDIA 780 Ti and 970 being in the area of 100% bottleneck.

Having a graphics card that is weaker compared to the processor is not as big of an issue as it is when the disparity is the other way around. If you have a more powerful processor, then that means it can deliver the performance necessary to other components of the computer as well, and it is not spending the majority of its energy on making sure that the graphics card is performing well.

Furthermore, especially in gaming scenarios, the CPU and the GPU work in tandem to contribute to performance, so the notion that a CPU will be throttled by a GPU which performs lower than the CPU is ludicrous. There is no situation where a graphics card will drag down the performance of a CPU.

The biggest problem comes when people take the score from the bottleneck calculator too seriously and think that one number is the end-all, be-all of the relationship between their processor and their graphics card, abandoning a perfectly good combination because an arbitrary number told them to do so.

Take the example of the core i7-8700 K processor. In the bottleneck test this processor outperformed the vast majority of graphics cards available for comparison, and had to get into the NVIDIA GeForce 1000 series before the comparison was under the computer bottleneck threshold. 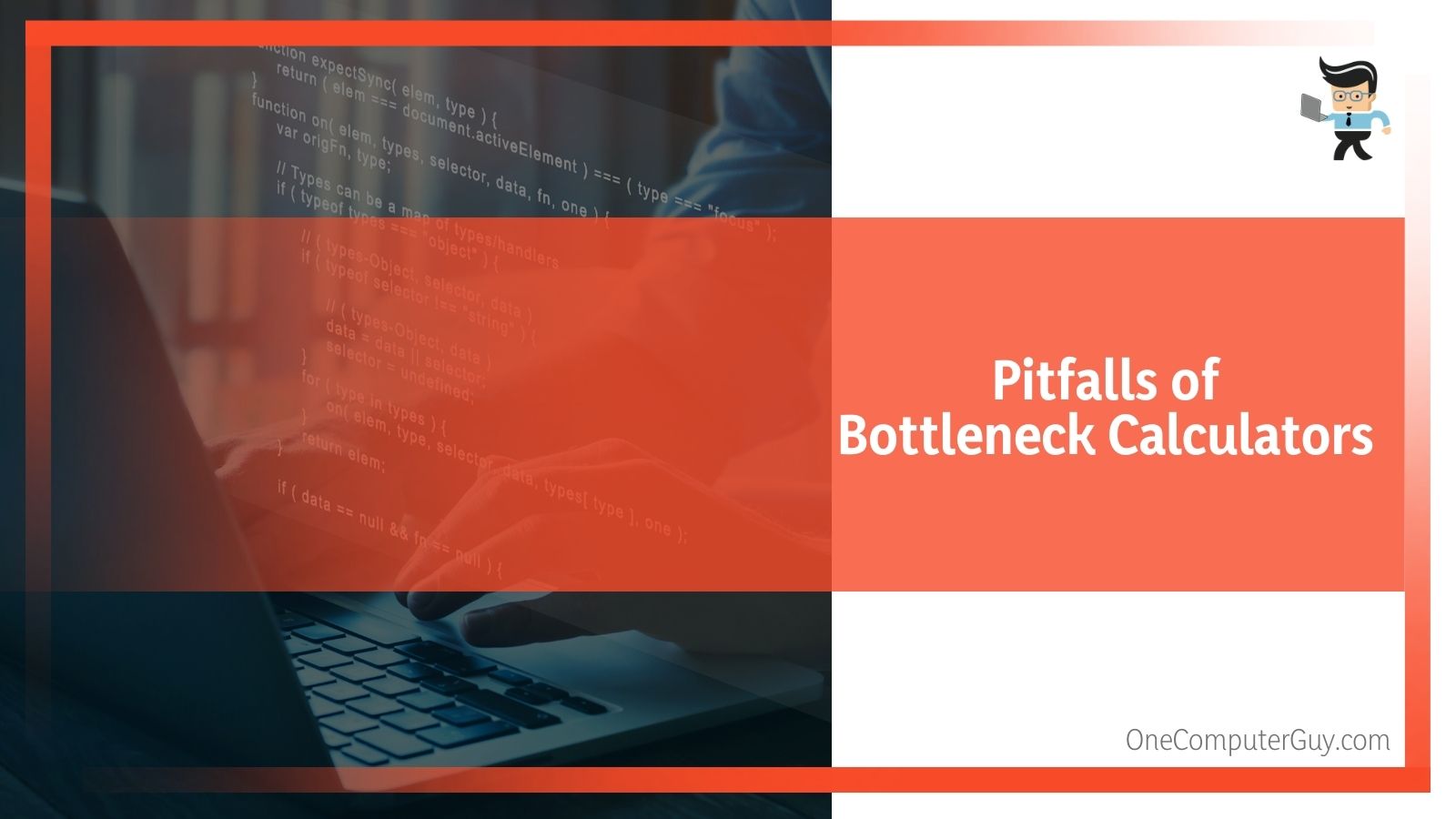 This is a terrible measure of performance because it doesn’t matter if your CPU is more powerful than your graphics card, and spending extra money on a graphics card that is more power than you need is a waste, because the processor will be able to run a less-demanding card even better than a higher end one. Being scared off from a less expensive combination is one of the worst outcomes you can get from using a bottleneck calculator.

Not all of the calculators will have a good user interface. You may be required to know the exact specifications of your processor, including the cores and clock speed for comparison. Others may prompt you to select the series of your processors from the designated manufacturer (Intel vs AMD) and give a drop-down menu which lists all the possible CPU and GPU options based on that series.

If you check one set of parameters and you want to check the same CPU, let’s say the i5-8600 K, against a different graphics card, you would think it would be easy to change the comparison terms. On some, perhaps, but on others, instead of merely deselecting one and choosing a new GPU to compare, you have to return to the menu and select both the CPU and the graphics card from the lists again.

This is fine if you only have a few you want to compare, but if you have three different options of processors you are considering and four different graphics cards, it is a process you have to go through twelve times in order to determine the best combination for you, your system, and your budget based on the components and the bottleneck relationship you want.

Bottleneck calculators, you find online may also be incentivized by online retailers to set a low threshold for bottlenecks so that they can also offer you products with which to replace your current hardware. They may even have affiliate links so that the calculator site you use receives a kickback if you click their link and ultimately end up purchasing new hardware.

Be wary of the recommendations given to you by these calculators because in certain circumstances, they seem to drive up the price of the build when there is no reason that you cannot go with a pairing which, by the standards of the bottleneck detector may be an unconventional one.

Bottleneck calculators are an easy tool for checking on whether components you plan to select for a computer are a good match or not, but they are not absolute and should not be taken as an ultimate authority on the quality of a build.

If the bottleneck tester comes back and says that the CPU is too weak for the graphics card, take a look at what processor you have selected. If it is the middle of the road processor that is supposed to handle everyday computer usage and provide decent gaming performance, consider if you really need to increase the processor because you want a graphics card that says it will cause an issue.

Even the i5-8600 K was tested and matched with the RTX 2060. If you have a core i3 you are comparing and it suggests a step up to a Core i5, or an equivalent AMD, make sure you do adequate research to understand which platform you want to use and why, and then determine if you want to make the upgrade to a new processor.

If it comes back and says that the graphics card you selected is too weak for the CPU, then don’t worry about your selection and pick whatever you want. The GPU will not lower the performance of the CPU, and don’t trust the bottleneck finder when it recommends buying a more expensive piece of hardware for your graphics card, particularly if there are affiliate links to purchasing sites at the bottom of the bottleneck calculator page.