Online gaming has made it easier than ever to connect with other people, and picking the best button for push to talk can encourage friendships and long lasting relationships. 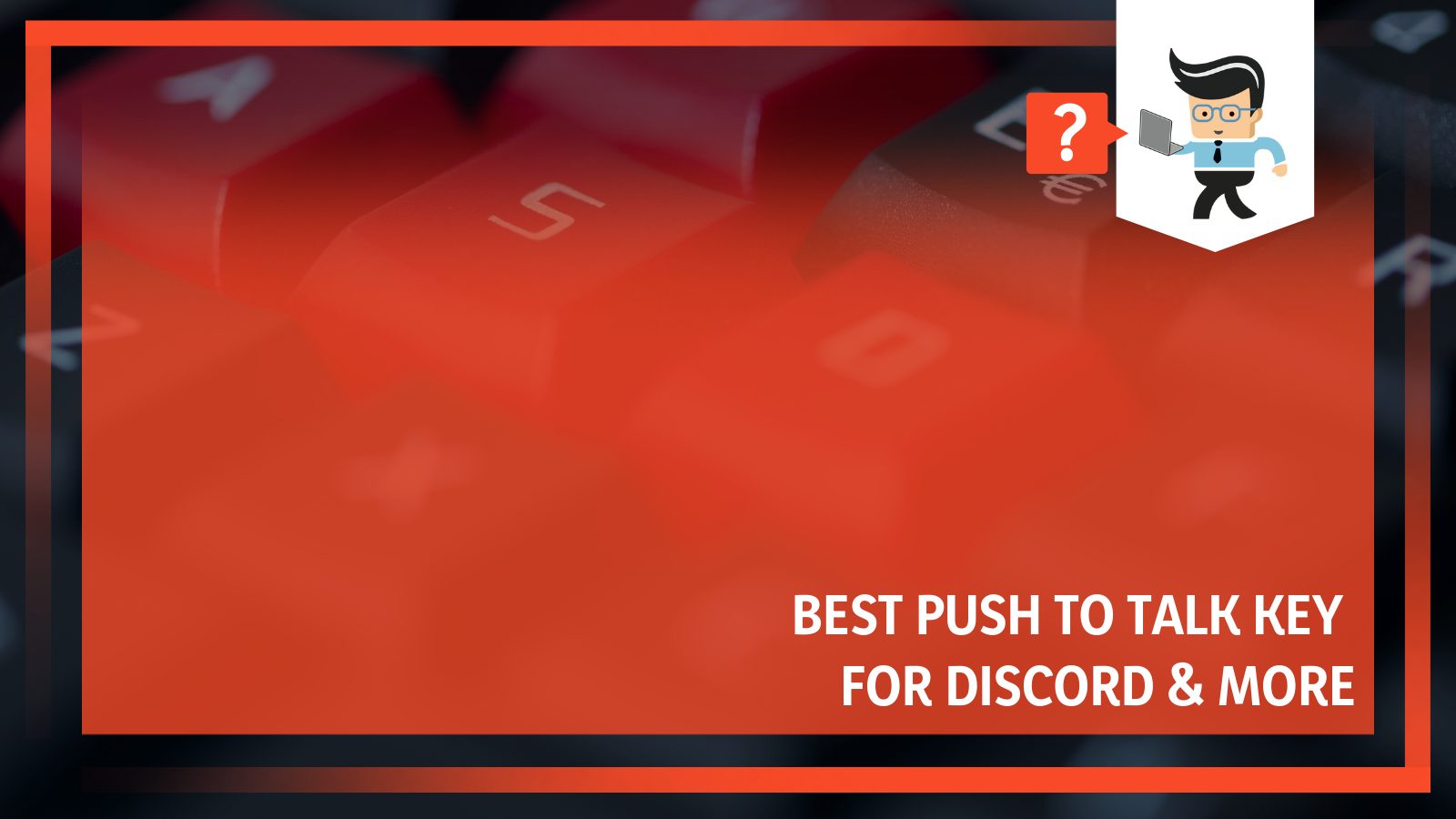 Choosing the best hotkey for push to talk is a struggle for many people and there are some pretty strong opinions on it from all corners of the gaming world. However, we’ve gone through a few different options and settled on the best (and worst)

How To Pick The Best Push To Talk Key

Picking the best push to talk key for your use will depend on many different factors. The first thing that you will want to look at is what keybinds you are going to be using in the games that you play most frequently. If you have specific buttons that you rely on for specific types of movement or actions, you don’t want to use these buttons as it will interfere with your gameplay.

Another thing you want to consider is just how accessible the button is. This will depend on your own dexterity. You want to ensure that the key is close to your fingers and that you don’t have to stretch too much.

Try to pay attention to the keys that you use most frequently and the ones you don’t use all that often. You want to pick a key that you never use for your games, one that is easily accessible, and one that you won’t hurt yourself reaching for.

One of the most popular options for people to chose will be mouse 4 or 5 buttons.

If you don’t have these buttons, many people will choose the side buttons (which are actually the 4 and 5 buttons). These buttons are generally easy for any hand size to reach and they keep your hands free for other types of movement. You won’t have to worry about interference when you are gaming.

The downside of choosing these mouse buttons is that your push to talk key can impact your aim in certain shooting games. Pushing the side buttons for too long of a time when you are talking and aiming at the same time can cause more hand strain and micro-movements that impact the precision of your aim. It may be something that you need to get used to when you play.

Of course, this may be a problem for any button that you choose. People tend to play around with a few different options before they come to the end result. Some people really love to use the Windows Key, but other people absolutely hate it. There really isn’t an answer to the “Best Push To Talk Key” for everyone.

Expert Options For The Best Push To Talk Key

Our experts have used push to talk keys for some time and we have gathered together our top options to help you get a head start on your trial period for each one.

If you are someone that can use your thumb to press buttons, then our best choices for you are B, C, and V.

Another great option, if available, is the scroll wheel click of your mouse. This takes away almost all of the lag time. If you have a standard mouse, the scroll wheel is going to be your best option because it is accessible but not regularly used. However, people who play scrollers may have some issues with this one.

Some people will choose to use a mute key as an alternative to a push to talk key. This means that your mic will always be one, picking up what you say, and then you can selectively mute yourself. This is the best option for people who are going to be playing frequently and in communications at all times.

Streamers and professional gamers are the people who benefit the most from selecting a good push to talk button. Streamers need to find a way for their viewers to hear them, but they also want to be able to mute themselves on a regular basis. There are other streamers who may need to hear them or other players, and they may not always say things that are appropriate for professional streamers and gamers. 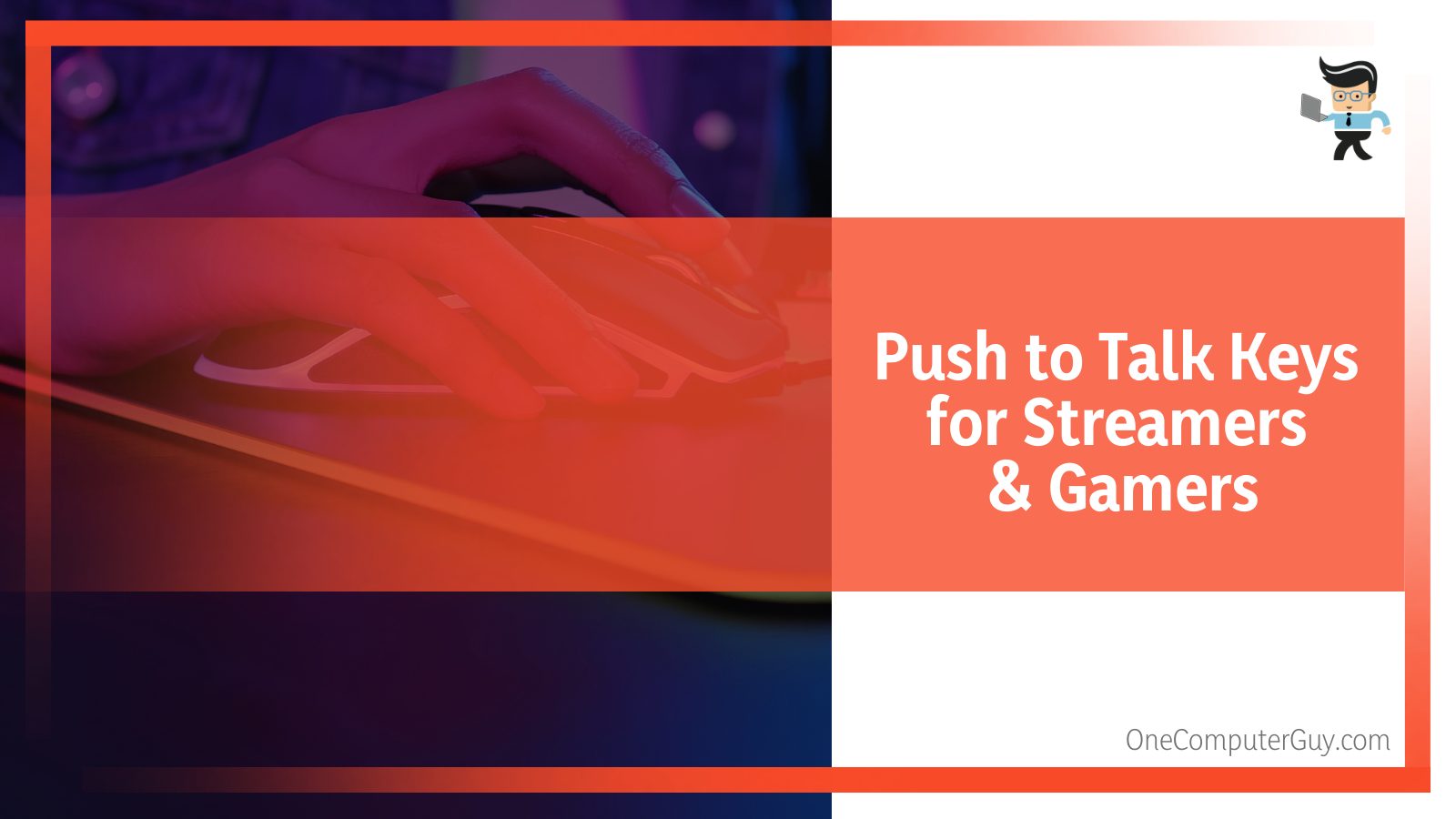 It is a fine line to walk, and part of it comes down to picking good people to game with when you are going live on stream. However, there are some great interviews and pieces of information about what keys most streamers use. Many don’t actually rely on push to talk buttons and instead use other forms of communication.

Most streamers on Twitch or YouTube will record their gaming sessions and then use the broadcasting software they have to set up a hotkey that automatically mutes their mics. Just like some other people do, they will be live most and muted selectively. This comes in handy because they are putting on a show and talking to their viewers more than they aren’t.

Even the best push to talk key will get tiresome if you are talking most of the time you are playing, so muting might be the best option. If you are selectively talking instead of talking the entire time, it makes sense to have a push to talk key.

What Are The Best Push To Talk Keys For Discord?

Discord users have differing opinions about what the best options are. Since this is a bit of a controversial topic, there are many options on the topic.

Most people will use a button on their mouse for Discord. Some will have the scroll wheel, especially if they have a more traditional form of a mouse. Still, some people will go the route of being on and only pushing to mute.

Interestingly, many people on Discord will also use the caps lock button as their primary choice for push to talk. This is because most games won’t use the caps lock key are a functional key in the games. It is easy to reach with your pinky and it doesn’t get a lot of use in other ways.

Some people have talked about using the Alt or Ctrl keys because there are a few different options. However, they tend to be a bit small and you can easily miss them while you are in the middle of the game.

What Keys Not To Use For Push To Talk

There are some keys that you absolutely do not want to use as push to talk.

Even if you think they won’t bother you know, they may into the future. While the button that you choose is absolutely up to you and your own personal preference, there are some keys that you shouldn’t use.

Most people would suggest assigning the 1, 2, and 3 keys on your mouse as things that you will use in your game most frequently.

These should be playable keys. You also want to avoid using keys that are popular within games or within typing. Avoid keys like the space bar, enter key, or anything within the primary row (A, S, D, F, G, H, J, K, and L).

If we had to choose, we’d say that the best push to talk keys are either C, V, or B. We also suggest using these keys are push to mute instead of push to talk if you play games where you need to communicate with people on a regular basis. 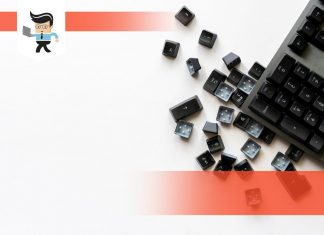 Are Keycaps Universal: A Guide on Keycap Compatibility 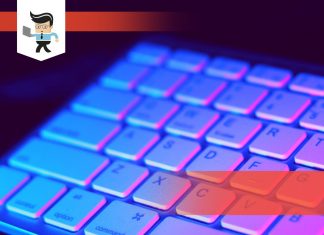 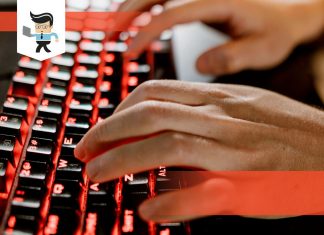 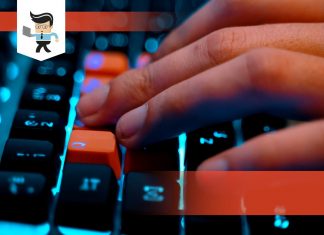