Rocket League controller play is one of the key features of the game, and why you probably stopped in here to find out what the best controller you can use for the game is. Officially, only four controllers are supported by Rocket League, but you’re here because you’re a little bit of a rebel. 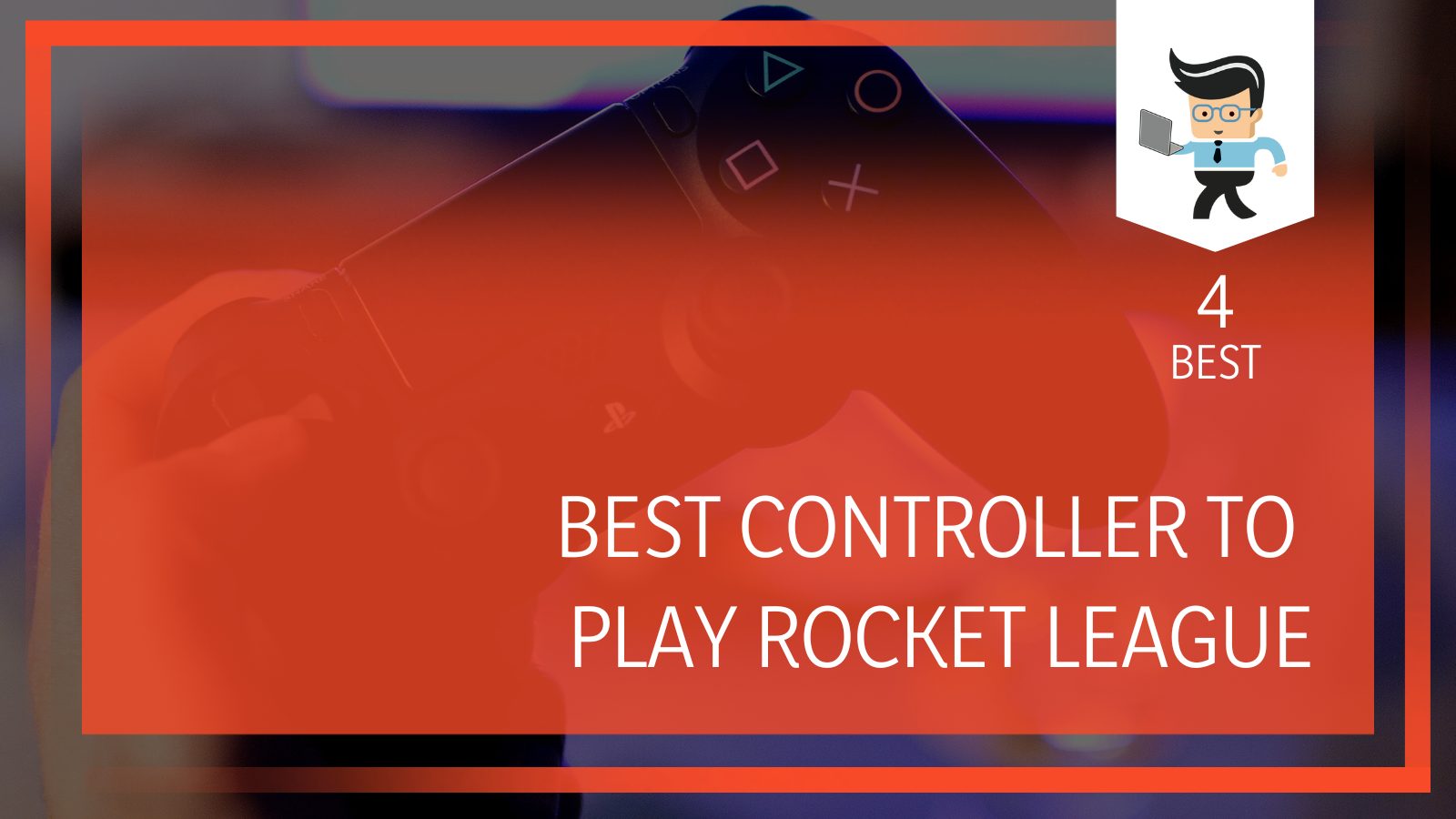 Sure, the DualShock 4 is preferred by some of the game’s top competitive players, but there is a world of elite controllers available from Sony, Microsoft, Ninendo, and even Razer. Read below to find out which one could be your new secret weapon.

The latest Xbox One controllers from Razer are the Wolverine series, and coming in cheaper than the Ultimate is the Tournament Edition, or TE.

This is still a controller targeted at pros and the serious gaming enthusiasts, those looking for more than you’ll ever find with the standard controller that you can buy from Microsoft. Even so, the Wolverine TE isn’t as full-featured as the Ultimate, nor the Xbox Elite Wireless, but it still has a lot to offer.

One reason you might want to step up to the Wolverine TE is the additional buttons it provides. You get two small paddles on the rear and two additional buttons just inside the triggers on the top of the controller. Additionally, you get trigger locks, perfect for quicker reaction times in games like first-person shooters.

The rear paddles are excellent, and their size and positioning is preferable over the Elite Wireless. They don’t detach, so they’re always there, but they’re perfectly placed and it takes only the slightest of presses to activate.

Razer Synapse allows you customization of this controller and any other Razer products you might already own. The Razer Synapse app for Xbox also comes into play, and not just for changing the Chroma lighting effects. It allows you to remap the additional buttons and paddles with Rocket League controller settings, as well as offering focus and agile functions that can adjust the sensitivity of your thumbsticks at the press of a button.

The triggers, bumpers, and buttons are mostly like you’ll find on the more expensive Wolverine Ultimate, but unlike that controller, the thumbsticks aren’t swappable.

The size and shape of the Wolverine TE is extremely close to Microsoft’s own design, so Razer hasn’t strayed too far from the form factor so many find appealing. It’s wired, which some will actually prefer over worrying about dying batteries and disconnecting mid-game. The cable has a secure connector with a shroud around the port so it shouldn’t accidentally disconnect.

Razer uses micro USB to power many of their peripherals like mice, but they also tend to be proprietary about the housing for this oh-so-common connector. This controller is no exception. It uses a very specific micro USB cable to fit that system. If you lose it, you won’t be able to use the controller. So don’t lose it.

The price may also be a deal breaker for some people.

Overall, though, it is a solid controller. The paddles are excellent, the trigger locks are easy to flip on and off in the middle of a game and the thumbsticks are accurate and drift-free, which is crucial for your Rocket League joystick settings. It’s wired, because the mild inconvenience of being cabled (this cable is long by the way) is better than having to recharge, and having no batteries drops a bit more off the weight.

Microsoft has refined every aspect of this controller and added some great new additions like adjustable-tension thumbsticks, even shorter hair-trigger locks, USB-C, and Bluetooth connectivity. With a new, lighter design that includes wraparound rubberized grips that reach up to your thumbs, the Elite 2 is even more comfortable to use for hours of gaming than the original.

The first obvious change over the original is the new wraparound textured grips. It makes the controller way less slippery to hold, which becomes increasingly more important the more hours you put into gaming.

Alongside these new grips, Microsoft has made a lot of smaller changes that aren’t immediately obvious. The Xbox button that you use to navigate around the Xbox One dashboard or the Elite 2 controller’s power-on button is now a lot sturdier and clickier. There are also three LEDs that light up to let you know which profile you have selected.

The Xbox Accessories app lets you fully customize all the buttons on the Elite 2 controller. There are four additional paddles at the rear, which are probably a little excessive for most people. Much like the original Elite, Microsoft also supplies a set of six replaceable thumbsticks, with two standard, two classic (Xbox 360 style), and single tall and wide dome options. There’s also a faceted D-pad or the standard you’d find on all Xbox One controllers.

Microsoft has also added USB-C and Bluetooth support to the Elite 2 controller. This makes it far easier to travel with this controller and use it on a laptop, or even on an iOS or Android device for mobile games and Microsoft’s Project xCloud preview.

The only drawback is that if you pair this with another device, it removes whatever you were previously paired to. 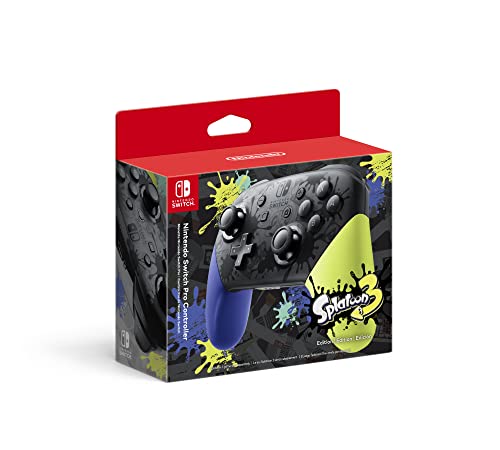 Much was made of the Nintendo Switch’s detachable Joy-Con controllers at the super-popular console’s launch, but, as any owner of the console can attest to, those tiny controllers could get a little uncomfortable over extended play sessions.

It feels very much like an Xbox 360 controller, if a little curvier in the hand. Nicely weighted for balanced play, it has a slightly translucent finish to its plastic casing, with a circuit board-style pattern delicately etched into its surface.

The Nintendo Switch Pro Controller feels a little chunkier than its PS4 and Xbox One counterparts, but that could be down to its class-leading battery life. Where you’ll get around six or seven hours from a DualShock 4, for instance, you’ll get a whopping average of 40 from the Nintendo Switch Pro Controller. That’s a hell of a lot of play time, so a little top up now and then means you’ll probably never see it totally wiped out.

The Switch Pro Controller sticks have a great level of resistance and are comfortably offset, and the face buttons have a perfect amount of depth. When it comes to the D-Pad, Nintendo’s has unarguably had the best one since the days of the NES, allowing for pinpoint accuracy in 2D sidescrollers.

It’s still present and correct with the Pro Controller here, and really shows up just how lacking the split-button D-Pad attempt on the right-hand side of the Joy-Con (when used in a singular set up) is.

If there’s one point of contention, it’d be with the rear triggers, which don’t have quite the depth we’ve come to expect from triggers on other pads. They’re far closer to additional shoulder buttons than deep triggers. That’s not an issue with many games, but can be a bit jarring with shooters or racing titles.

Game controllers have always been a fairly mixed bag, to say the least, especially those which support gaming in the PC arena. In comes Nacon, with the Nacon Revolution Unlimited Pro controller, an officially licensed controller to enhance your PS4 and PC gaming.

It has a layout similar to that of the Xbox Controller, with the left joystick being placed at the top of the controller rather than in line with the right one. As a rocket league PS4 controller, you’ll find the traditional PlayStation shapes on the face of the buttons, as well as the touchpad, flanked by the share and options buttons, making it a little more comfortable for longtime PS users to have when playing Rocket League.

Other controllers have tended to be on the side of looking of feeling great, but not offering that extra support.  That’s one thing that can be said about the Nacon Revolution Unlimited Pro, the build quality is certainly high, with a good amount of options for the user, and it is a very comfortable controller to use.

The size and shape just feels more comfortable in the hands than the standard DualShock 4 loved by many of Rocket League’s top players. It’s got a fair few similarities to the Xbox One controller in feel, only having longer handles for you to grip onto. The Nacon Revolution Unlimited Pro actually comes with the ability to place weights, either 10g, 14g or 16g, under the removable covers in each of the controller’s grips. This can add a much-needed bit of weight, letting you feel the controller that bit more in your hands.

The customization doesn’t end there. More than just increasing the weight of the controller itself, you can also change the weight of the joysticks by changing the size of the shaft. Also, with the joysticks, the controller has the traditional concave cap but also gives you the option to change to a convex cap, though really concave caps are more sturdy and “grippy” for long gaming sessions.

It does have a few small downsides that impact the functionality though. For a licensed PlayStation product, the controller doesn’t have a light bar or speaker. Obviously neither are essential but are certainly nice features for games that use them. Fortunately, it does have a jack to attach your headset to the controller, so there are no issues there.

Out of the box, if you’re just using it for the PS4, you’re going to find yourself more than happy with the controller. Even on the PS4 you also have the option to duplicate a button/trigger onto the four hotkeys on the back of the controller, it’s a fairly easy process as well by just holding down the profile button for a few seconds, pressing the hotkey and then pressing what you want it to mimic.

You can set different profiles if you want to use the Nacon with your PS4 and your PC, and the controller has color codes to help you tell which one you are using. The regular PlayStation profile has a blue ring around the right joystick, the PlayStation Advanced profile shows a red ring while the PC profile has a magenta ring.

None of the available options like adding weights or changing the thumbsticks really help with the gameplay, unlike the extra paddles or hair-trigger locks on competing controllers, they just improve the feel of the controller in the hand.

If you want the best support for changing the button settings in a convenient app and don’t mind a proprietary connector for the wired controller, then the Razer is the option for you.

If you’re still a little worried about diverging too far from the list of “supported” controllers for Rocket League, and you want to stay in the XBOX family, then go with the XBOX Elite Wireless. It has some nice upgrades over the standard XBOX One controller that will help give you that competitive edge.