ATI Radeon 3000 is something you are likely to be familiar with if you are a dedicated gamer looking to upgrade your GPU. The series has several different products, all focusing on the TeraScale 1 Series and containing one GPU. In this article, we will discuss all the different products in the Radeon Series and whether the GPU is a worthy investment for a gamer in this age and time. As a gamer, read on to find out everything about your GPU upgrade option! 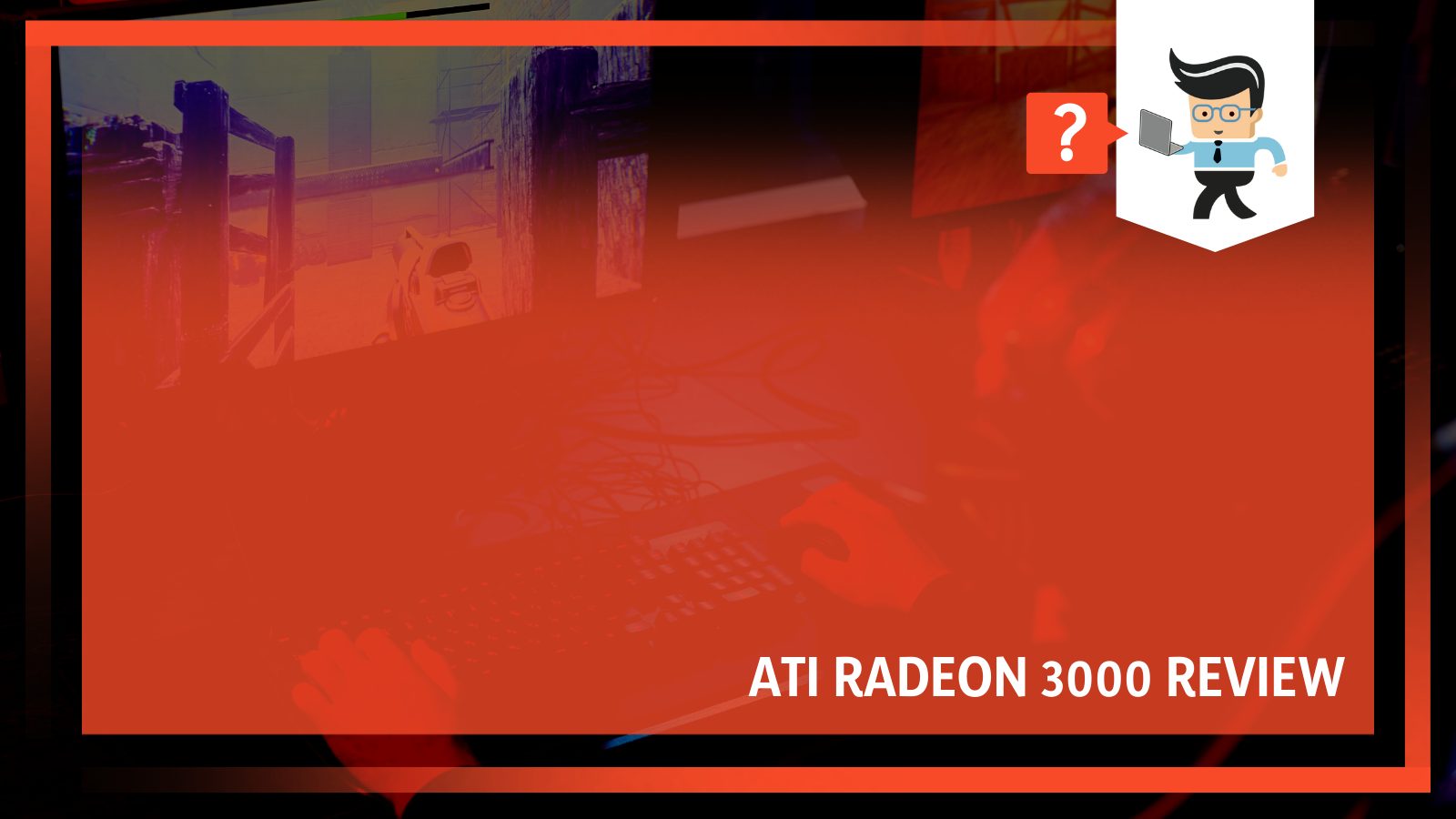 Are the ATI Radeon 3000 Specs Ideal for Gaming?

Radeon 3000 HD does a fantastic job in handling business software and applications. As a general rule of thumb, you are better off investing in a more direct video card if you are looking for excellent gaming performance.

However, if you are looking for a smooth run of basic games, the Radeon 3000  will get the job done for you.

The ATI Radeon HD 3000 integrated graphics specs are not ideal for a hardcore gamer as the setup is built on a 65 nm process, and it is based on the RS780L variant of the RS780 graphics processor.

The IGP only supports DirectX 10.0, and since it is not capable of running DirectX 11 or DirectX 12, it is not able to handle or run all the new games.

Other specs of the IGP include four texture mapping units, 40 shading units, and 4 ROPs.

The exact power draw of the GPU is not known; however, the IGP is connected to the other parts of the system with a PCI-Express 1.0 x16 interface, and the GPU operates at a frequency of 350 MHz.

These specs are fully utilized when they are present with a highlight of Radeon 3000 integrated graphics drivers.

The Main Desktop Products in the Radeon 3000 Series

While the Radeon 3000 can support some older games, it is not as apt at handling newer games.

It is important to remember that the HD Radeon 3000 is a non-board GPU and is not a video card of any sort. So you need more information on this topic.

In this section, we will discuss the main desktop products in the RADEON 3000 series.

This will give you a better overview of all the different features in the main varieties of this GPU upgrade option.

This detailed distinction will help you make a better decision regarding the perfect choice for your gaming setup. In this section, we will discuss five such desktop products.

The first product is the Radeon 3800 series, which was made available in markets in November of 2007, and was structured upon the RV670 GPU.

While the memory bus width of this product was reduced to 256 bits, its 64 shader clusters were the same as the R600 core.

Another important thing to keep in mind is that the RV670 GPU is also the base GPU hardware for the FireStream 9170.

The steam processor uses this GPU setup to carry out the base purpose floating-point calculations previously carried out by the CPU.

On January 28, 2008, the technological world was introduced to the HDRadeon 3870 X2, a GPU setup that featured two cores of RV670 and a borderline high of 1 GiB GDDR3 SDRAM.

This GPU, codenamed R680, was aimed at the enthusiast market, and it went on to replace the HD Radeon 2900 XT.

The processor would go on to achieve the title of being the first single PCB graphics product to break the 1 TFLOP mark in the world when it achieved a high single-precision point performance of 1.06 TFLOPS.

In all fairness, the HD Radeon 3870 X2 can be considered one single PCB with a Crossfire of two HD 3870s. 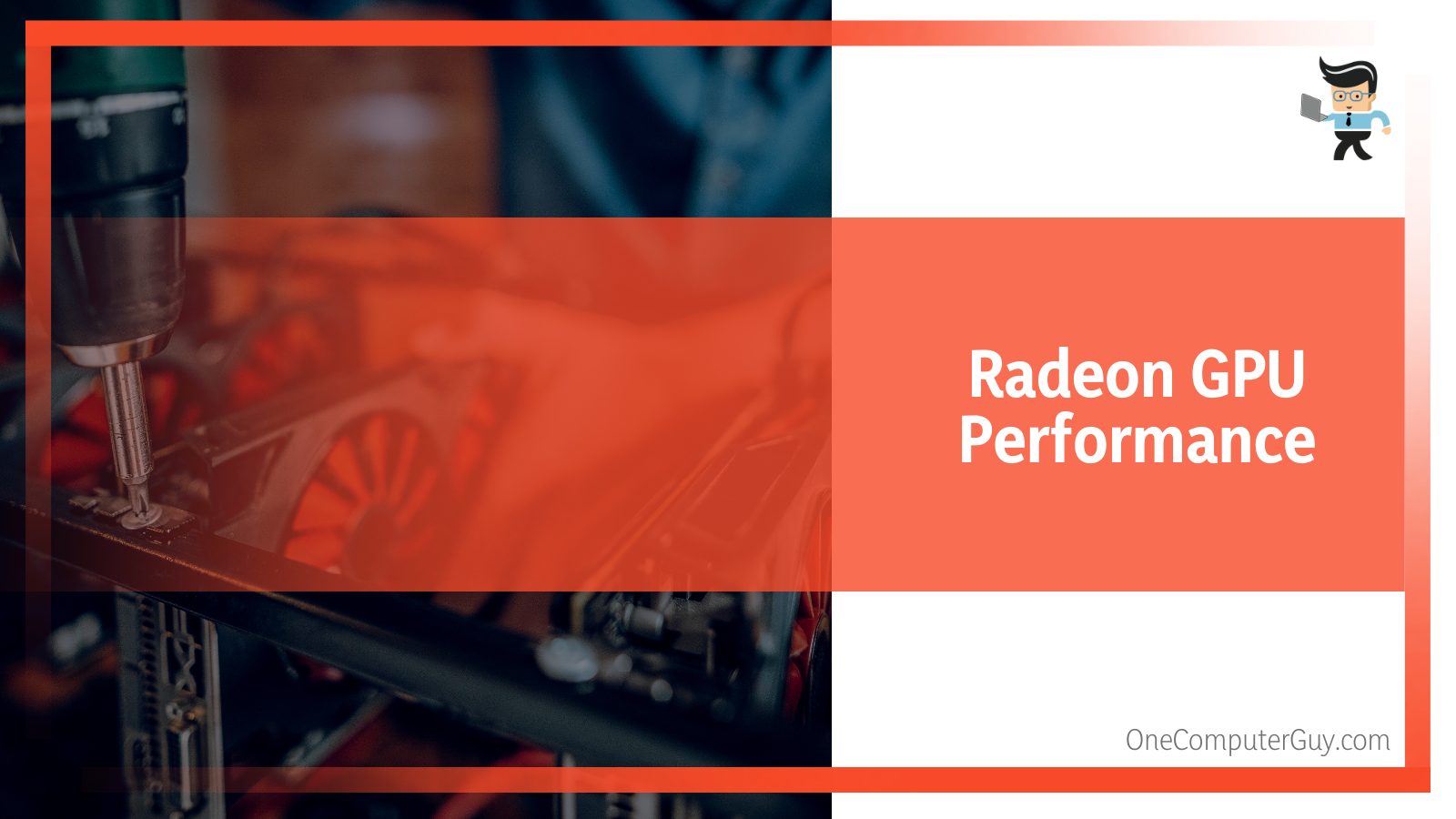 There was no reported negative effect on the GPU performance because the GPU card only properly uses one PCI Express 1.1 bridge to connect the two GPUs.

The baseline of communication between these is a bidirectional bus that has 16 lines for a bandwidth of 2 x 4 Gb/s.

It is also critical to note that you can use up to four GPUs in one pair of the HD Radeon 3870 X2, as AMD/ATI now officially support CrossfireX technology for the 3800 series, starting from the Catalyst 8.3 drivers.

AMD has also stated and discussed the possibility of supporting up to four HD Radeon 3870 X2 cards.

This would allow the average user to use eight GPUs on multiple motherboards, which would include the Intel D5400XS and the MSI K9A2 Platinum.

This is because these motherboards tend to have sufficient spaces for dual-slot cooler graphic cards between their PCI-E slots.

There is currently no driver support for this, although it is presumed that they are a software Crossfire setup that acts as a bridge to the two separate hardware CrossFire setups.

The next item of discussion is the HD Radeon 3690, a product that was released in early February of 2008, only for the Chinese market.

However, there were some differences, of course, especially the fact that it had roughly 256 MiB of GDDR3 memory and a mere 128-bit memory controller.

Except for this, there were no major changes, and all the other hardware specifications remained the same.

However, there would be an add-on of a unique device ID. This device ID will stop add-in card partners in China if they try to re-enable or activate the burnt-out portion of the GPU core and try to use it for more memory bandwidth.

Based on hardware with the codename of RV620 GPU, the HD Radeon 3400 series had a memory bus width of 64-bit, and on a 55 nm fabrication process, it packed 181 million transistors.

The products in this series were made available to the general public as both low-profile cards and as full-height cards.

Last but not least is the HD Radeon 3600 series, which was based on the GPU set up with the code name RV635.

The products in this series had a memory bus width of 128 bits, and on a 55 nm fabrication process, each of them packed over 378 million transistors. They could also get support for D-sub and HDMI ports through separate dongles.

Which Operating Systems Does the Radeon 3000 Support

AMD Catalyst supports all the features that are advertised for the Radeon brand, and as of July 2014, AMD Catalyst has been developed for Linux and Microsoft Windows. 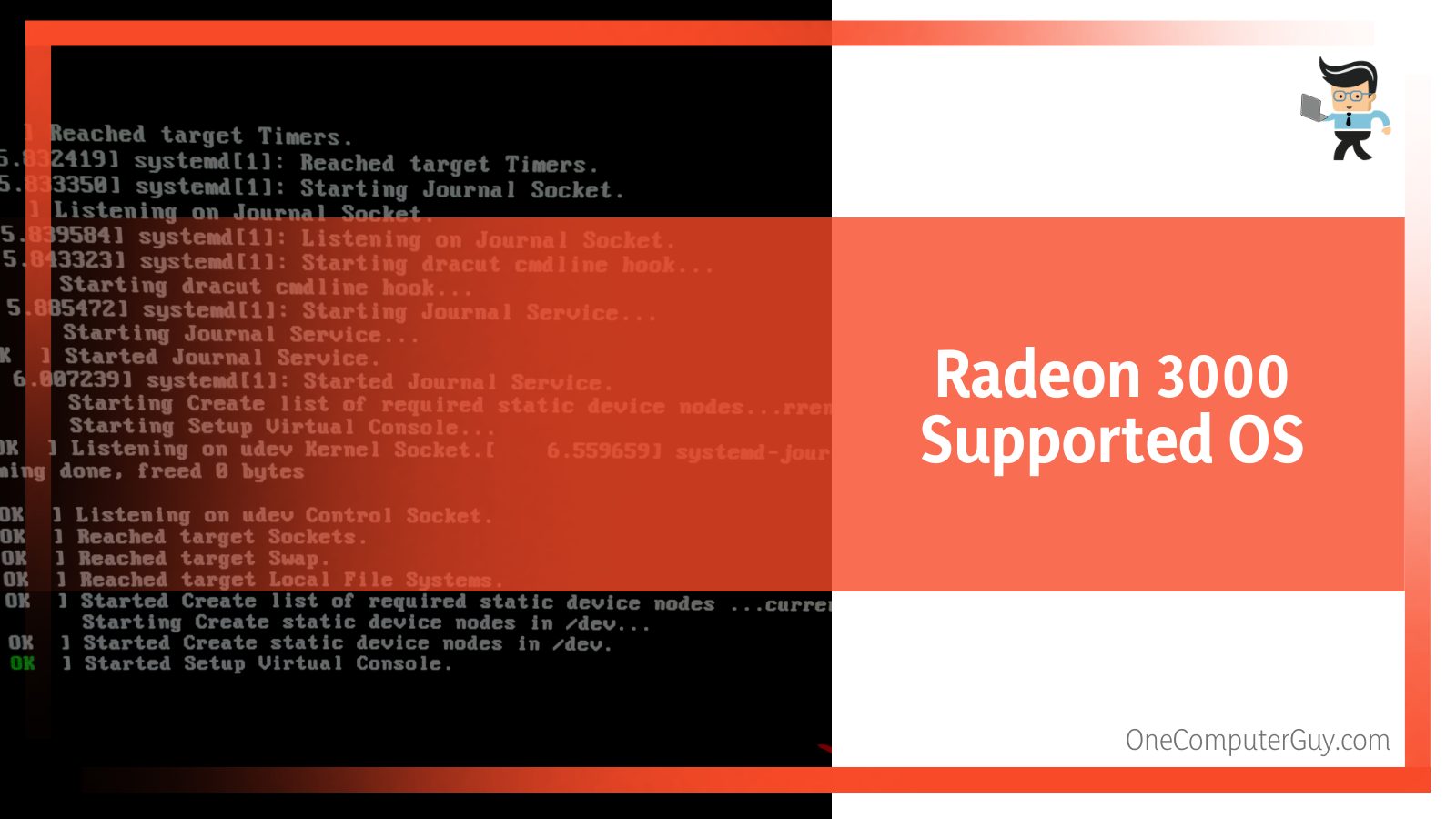 It is also critical to note that no other operating systems were officially supported at that date. This is not the case for the brand AMD FirePro, which features OpenGL-certified graphic device drivers and is also based on identical hardware.

The HD Radeon 3000 ‘s drivers will only be updated to work through any bugs, performance-related or otherwise.

They will no longer be optimized to suit new applications. This state is also known as the legacy support state.

– Are There Mobile Products for the Radeon 3000 Series?

Yes, there is a series of mobile products similar to the Radeon 3000 series, known as the Mobility HD Radeon 2000/3000 series.

While all the products in this series share the same feature set support of the hardware in their desktop counterparts, there is also the slight addition of the PowerPlay 7.0’s battery-conserving features.

These features have been augmented from the PowerPlay 6.0, which is the previous generation.

Of course, you can! It is quite easy to use the Radeon 3000 on Windows 10 because the support of any given operating system does not directly depend on the GPU.

This is why Windows 10 support will work without any issues. However, there might be one course of action that you will need to follow.

To get your GPU up and running on Windows 10, you will need to download and install the GPU drivers to support your operating system. This will especially be needed if your shift is an upgrade from an older OS.

– What Is the Foundation of the Radeon 3000 Series?

The foundation of the Radeon 3000 series is the graphics processing unit that is also codenamed the Radeon R600.

It is important to note that this is also the foundation of the Radeon HD 2000 series and the 2007 video card series of FireGL that ATI Technologies developed.

The Radeon 3000 price varies from product to product and the exact specs you choose, but as a rough estimate, your GPU upgrade could cost you anywhere from $100 to $300.

Make sure to consult with someone more experienced before you pick the exact product you will purchase and use.

– Where Can I Find Radeon Graphic Driver List for Windows 10?

If you are looking for the right graphic drivers, you can find Radeon 3000 graphics driver windows 10 on the official Radeon site.

This is the ideal place for Radeon 3000 driver to download windows 10, and any valid ATI Radeon 3000 graphics driver update will also be given here.

With the conclusion of this guide, we have learned about the different products in the Radeon 3000 series and reached some solid conclusions regarding its shortcomings and benefits as a GPU setup.

Before we see you off and you make the final decisions for your gaming setup, here is an overview of the important topics that we learned:

Armed with all the technical knowledge from this article, we are certain you will make the perfect tweaks to your hardware as a gamer.

Make sure to look into your particular needs as a gamer before you make any investment in any hardware!