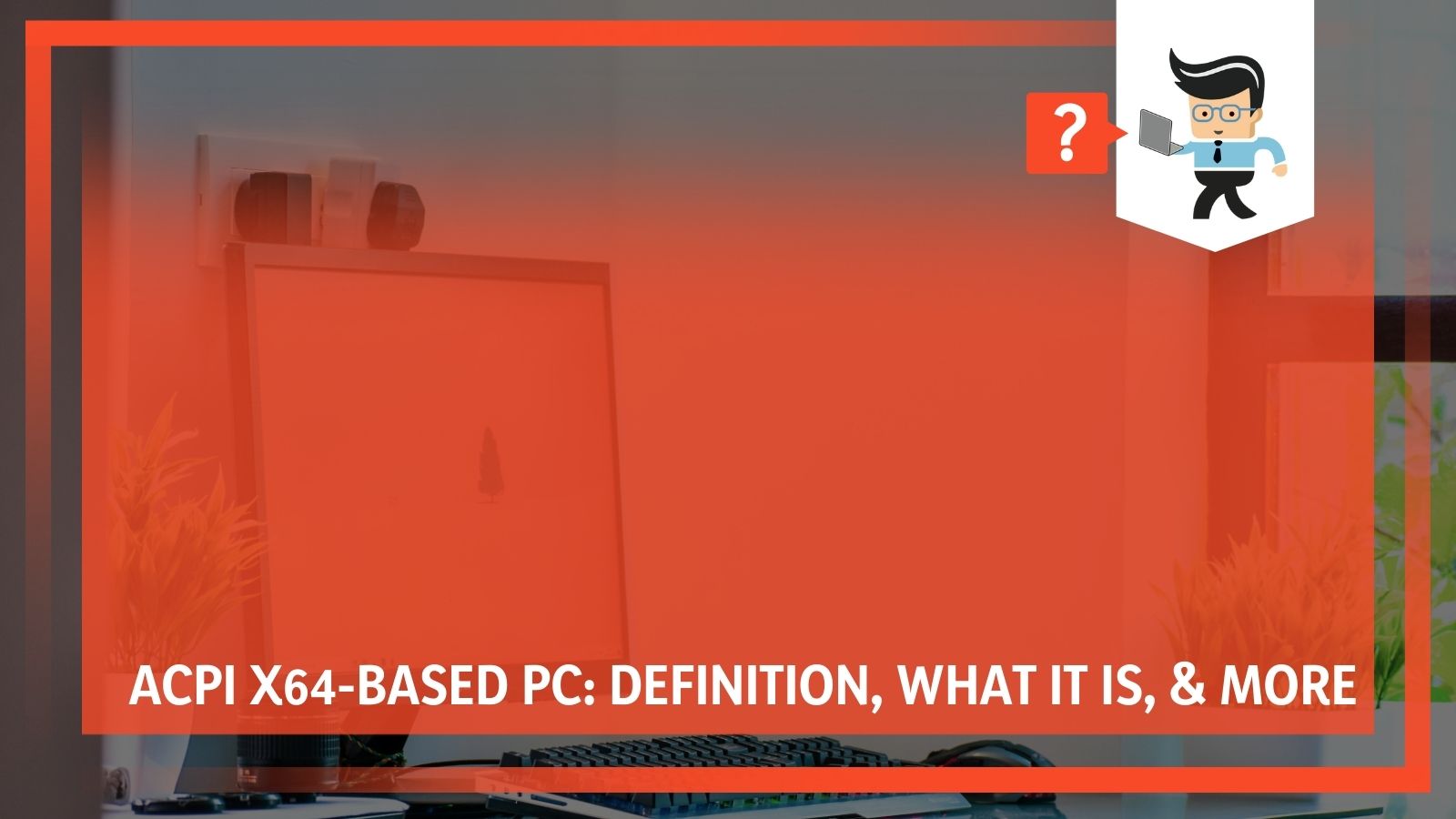 ACPI stands for “Advanced Configuration and Power Interface.” It is one of the most commonly used methods to control the power stages of a PC and all of the attached accessories. ACPI allows for such functions as going into sleep mode, amongst others.

It is a standard that has been set by the attached accessories, operating system, firmware, microprocessor, and other parts. There are significant parts exposed as data tables and functionings within the system firmware.

Along with that, it is present in the device-specific interfaces. As it has driver behavior, it shows up in the device manager even though it isn’t necessarily a driver.

When you buy or build an ACPI x64 based PC, it dictates the operating system communication to distribute power to different parts of your computer, including the hard drive. Originally, it was installed on laptops to help save power and battery life. Since Windows 98, ACPI has been present in almost all Windows computers, replacing APM (Advanced Power Management) in every operating system from Windows Vista to now.

ACPI helps with communication to a computer’s BIOS and instructs the BIOs to power down specific features. For example, it will tell your computer to go to sleep if you haven’t been on it within a set amount of time.

ACPI has different modes that are referred to as states. It is important to know these states as you build a computer and look at different specs. These states will control different parts of a PC. The four states are:

Within these states, there are other sleep states and codes to know, including: S0, S1, S2, S3, S4 and S5. Each sleep state refers to a different action or lack of action. For example, if you do not type on your computer for a set amount of time, the monitor will power down to say power, which is labeled as Global state G0 with Sleep state S0.

Occasionally, you will get a notification that you need to update the official ACPI x64-based PC Driver for Windows XP/7/Vista/8/8.1/10 32-bit and 64-bit versions (and presumably, any version moving forward.) 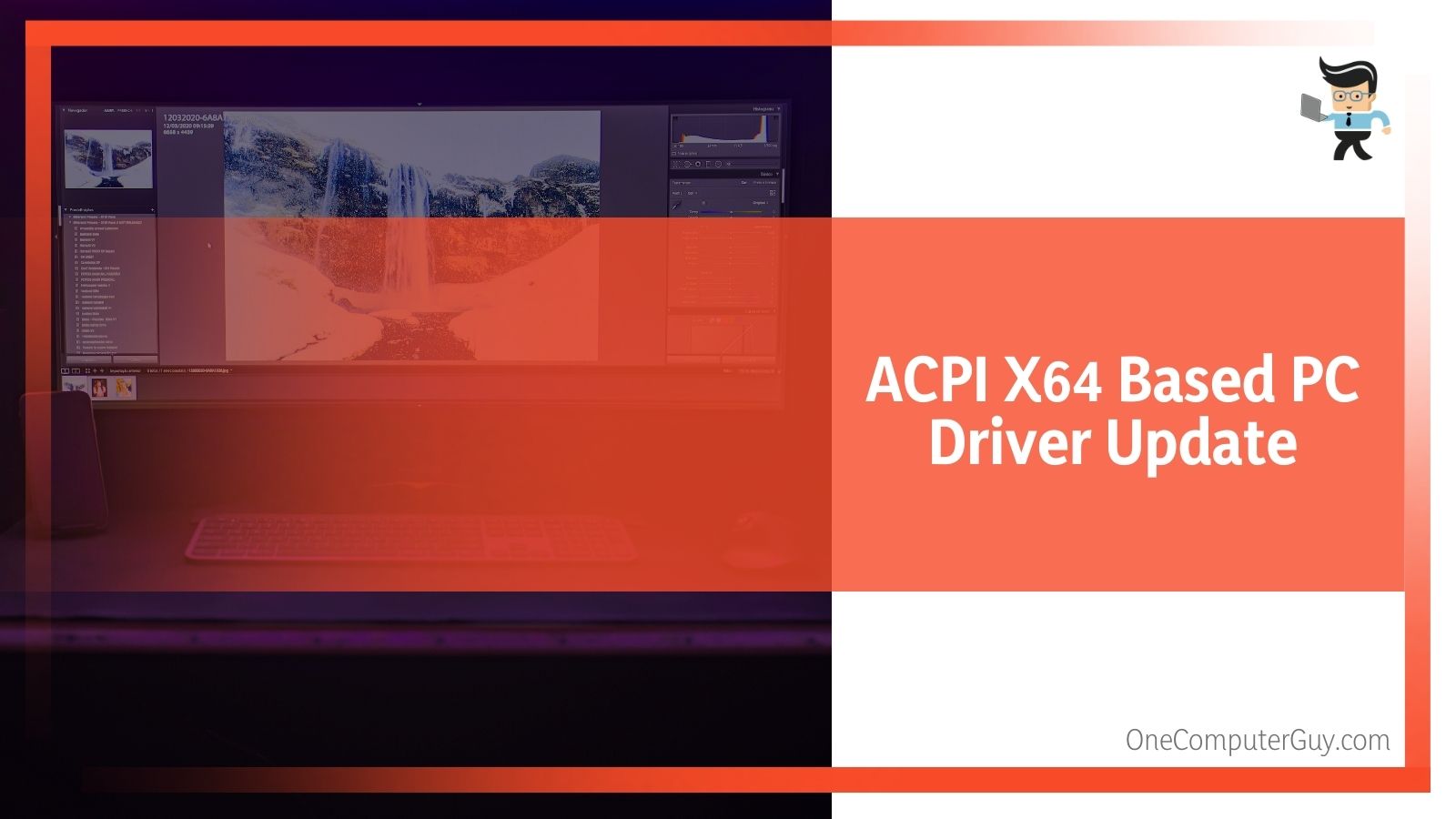 It is important to keep the ACPI X64 based PC driver updated because it controls more than just you think with your computer.

The sleep settings impact almost all functions you do, including:

You can either set up automatic updates or install a utility that will ensure that your drivers stay updated. Or, you can make a note to update it manually. You should start to see some common signs when you need an update. However, to save your time, you may just want to invest in one of these tools.

What If The ACPI X64 Based PC Driver Update Doesn’t Work?

Different systems use different ACPI names and types. While you can edit your settings, it isn’t recommended. If you have gone through the process and updated your driver and there is still something wrong, it may not be the ACPI X64 itself but rather one of the processes or accessories that depend on it.

Network Adapter Driver: The quality of your network adapter driver can impact the ACPI X64-Based PC motherboard. Outdated or poor quality network adapters can cause your Ethernet to malfunction or consume vital resources unnecessarily. If this is the issue, you will generally have problems with playback and recording.

This is another driver that you want to keep updated at all times. If you need to replace your network adapter driver for acpi x64 compatibility, you will either have to go directly to the motherboard or into the PCI or PCIe cards.

In general, you want to keep all of your drivers updated at all times. Updating them all manually can be a bit of a hassle, but some people do it this way. Others will allow automatic updates, but that can present problems as well. Instead, most people will use some sort of tool that will look for, download, and install updates as necessary. These tools also let you revert back to an older version if something goes wrong.

Adjust Power Options: If you want to override the ACPI x64, you can select this option. This prevents your computer from going into Sleep Mode at any time. You will have significantly shorter battery life and no energy savings. Now, this can also overpower the hard drive and disable USB selective suspend, which can cause USB powered devices to overheat (mostly those that charge using USB). 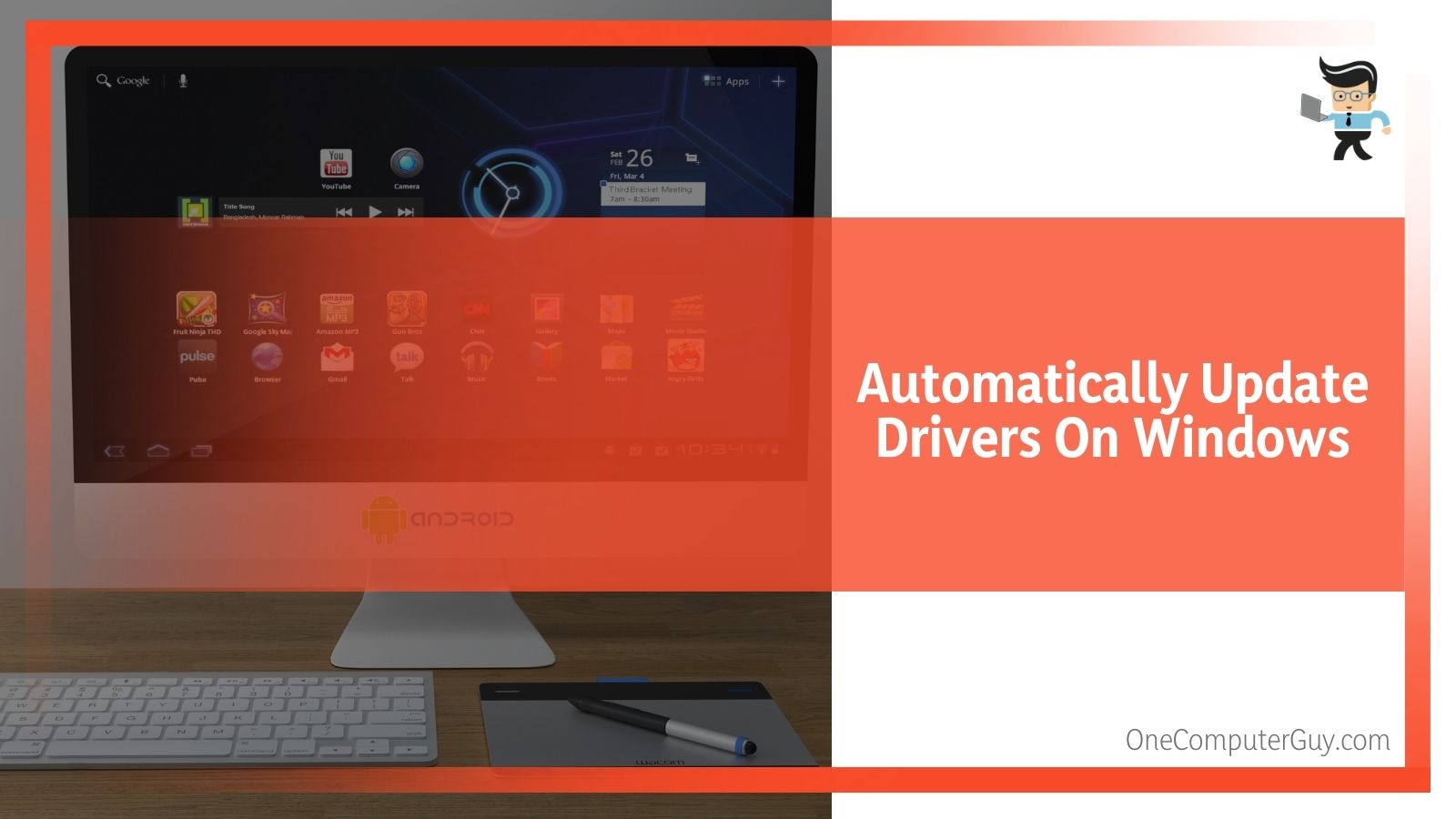 The same can be said about basic functions on your computer, such as sleep mode. With this option enabled, Windows will be able to automatically check to see if there are any drivers available for new devices connected to your computer.

At the same time, Windows will be able to locate updates to existing drivers for hardware that has been connected to your computer in the past. However, they will not be able to install those optional updates. You can change the settings to get a notification that you need to go into settings and manually update those drivers.

This is important because while you do still need to do the work, you will get the notification. You can then go into Windows Updates in the Control Panel, check for updates, and then view and install driver updates that are available for your computer. This should make things work properly again.

Unfortunately, when you turn on this feature, you are also allowing information gathering. Windows will be able to download icons for any hardware devices that you connect and then collect detailed information about them.

This makes it easier for the computer to function, but some people do not like giving this information to their computers.

Most people won’t have to worry about anything when it relates back to their ACPI X64 based PCs because they are programmed to work as is. However, if you are building your own computer, you will need to think about it in relation to your motherboard’s specs, other hardware you have, and your updating schedule.