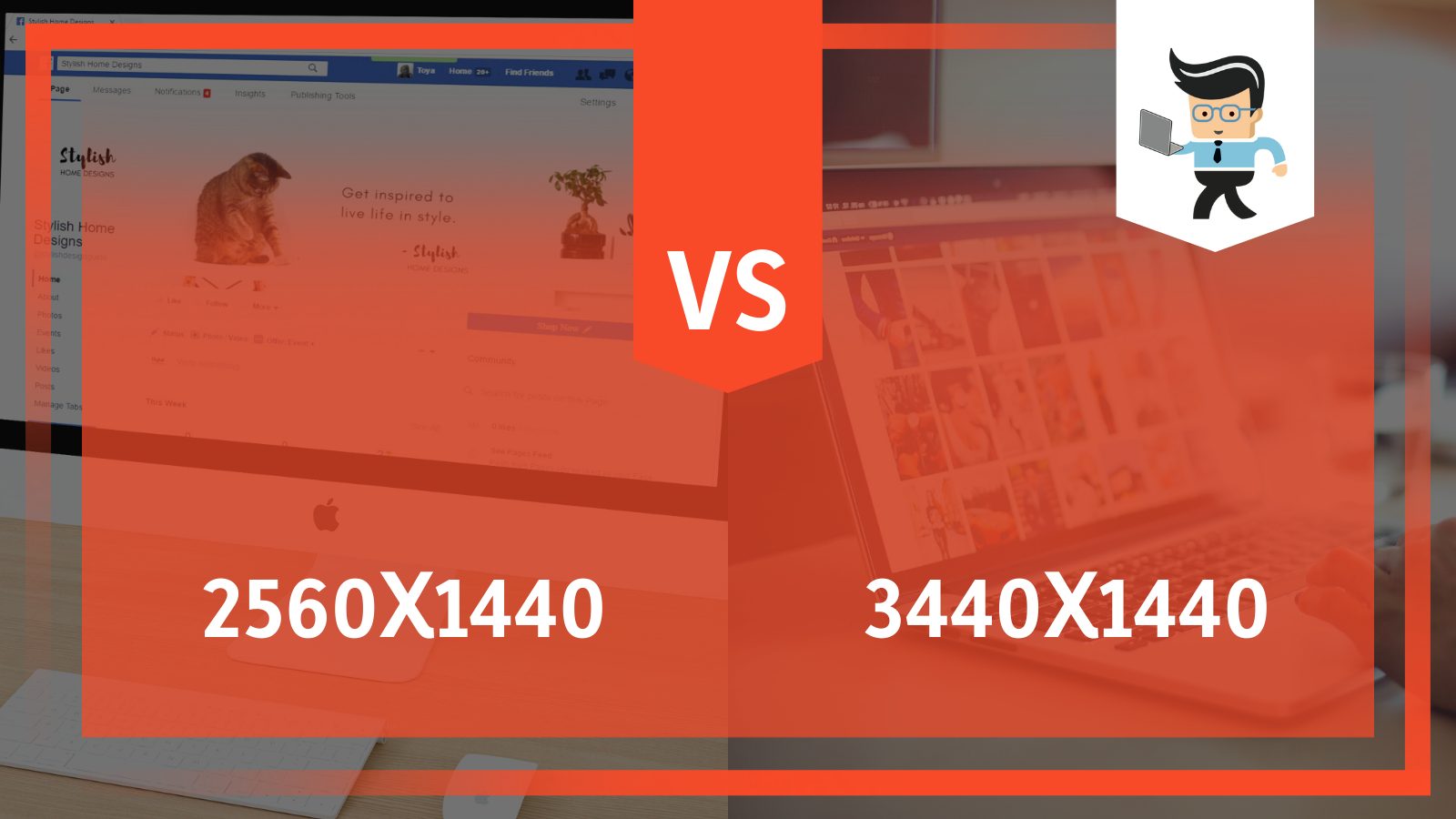 Before we begin, let us define some essential terms that you may not be familiar with:

the width of an image in proportion to its height. It describes the shape of an image. The ratios appear as a formula of width to height. For example, 3:2.

this word refers to the clarity of the images and text displayed on your monitor. At higher resolutions, such as 3440 x 1440, items appear sharper. They also appear smaller so that more stuff can fit on the screen. The number refers to how many pixels a display device will show.

this refers to widescreen resolutions with a wide aspect ratio. A ratio wider than 2:1 is often marketed as 21:9.

both resolutions described in this article, 2560×1440 and 3440×1440, are used in ultrawide monitors. These monitors are the latest trend in gaming and productivity. 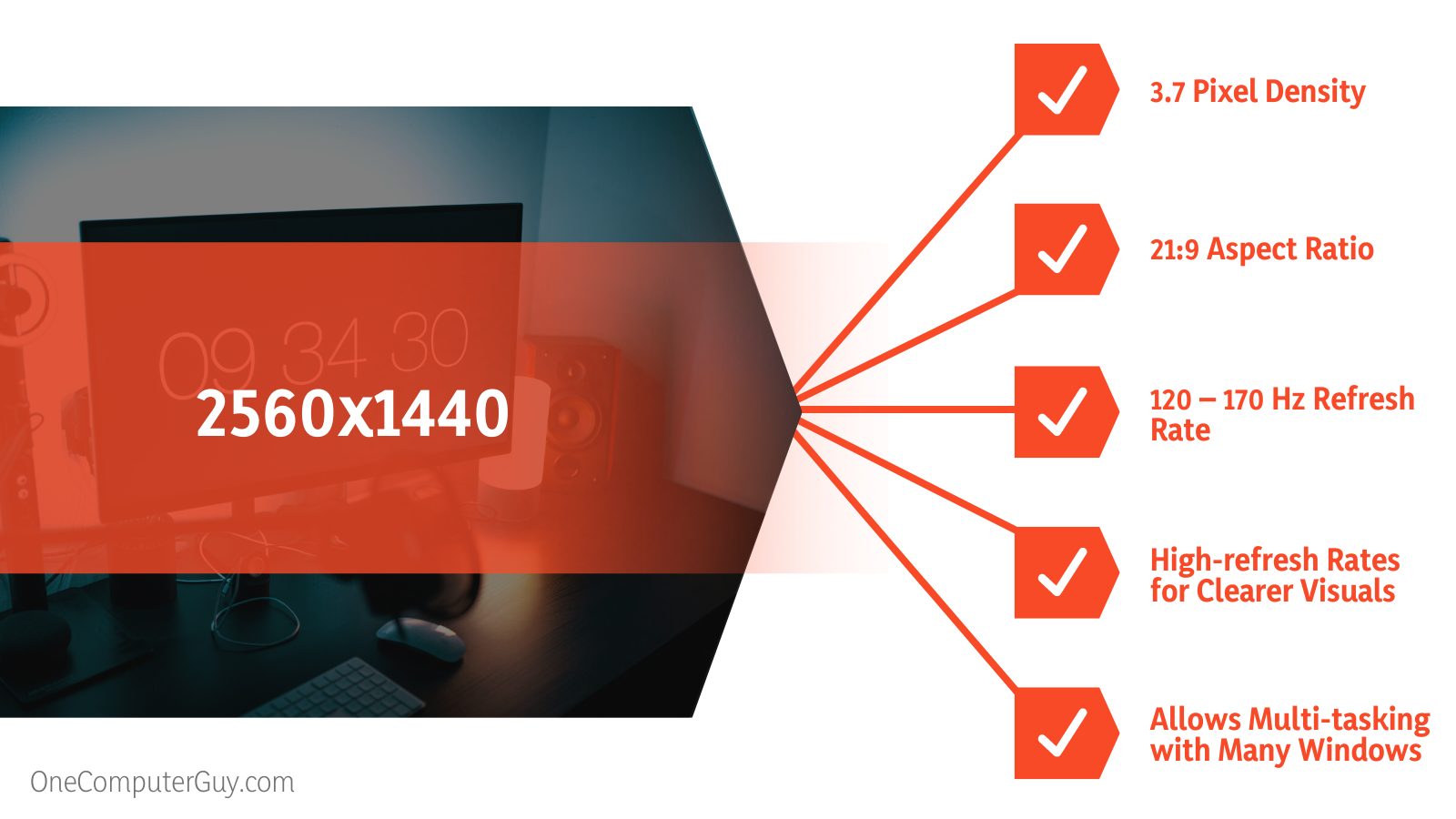 2560×1440 is also known as Quad-HD and abbreviated as 1440P. This screen resolution has approximately 3,686,400 more pixels than most screens in its class: double the amount. This resolution is suitable for multi-tasking and professional purposes. The more pixels in a display mean the sharper the image.

The 2560×1440 aspect ratio is 16.9, which is the same as the 3440×1440 aspect ratio. You can enjoy better visual quality at high-refresh rates. This ratio works well for gaming and movies, and you will find it in many modern televisions and monitors.

Pixel density or PPI is the number of pixels present per inch on a display screen. It shows the relationship between resolution and screen size. The 2560 x 1440 gives better images due to its 3.7-megapixel resolution. The screen resolution is very power-demanding when it comes to gaming.

The size of your screen can determine the performance of your resolution. For example, you may want to consider using a 27-inch monitor with 2560 x 1440 resolutions. This size is necessary if your job involves spreadsheets or detailed images. This resolution gives more usable screen real estate. It allows you to open windows side by side and work from both. 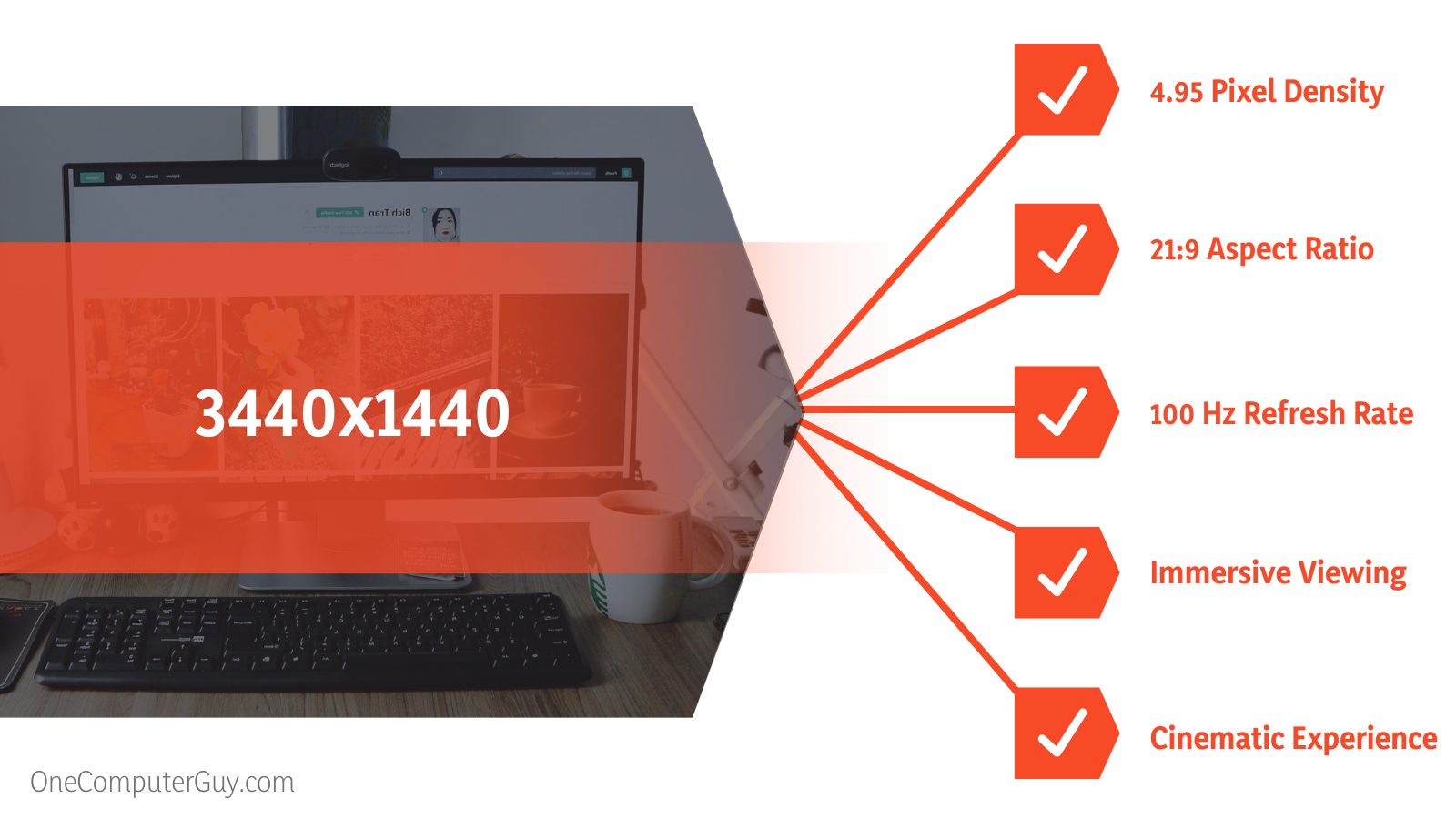 The 3440 x 1440 resolution has an ultra-widescreen aspect ratio of 21.9. This ratio makes it much wider than the 16.9 that most modern monitors carry. This width gives a very immersive viewing experience. You get a screen-filling cinematic experience that draws you in. The experience is captivating.

It is excellent for professional use. The ultrawide aspect ratio provides you more screen space and works well for your spreadsheets and applications. If you are a video editor, this display is beneficial because of the extra horizontal space. It gives you a more comprehensive view of your timelines.

3440 x 1440 pixels allow a great measure of clarity for images and graphics. A higher density of pixels at 4.95 means the monitor can fit more programs, apps, videos, or games on the same desktop. This resolution is sometimes confused with 4K resolution. 4K has twice times more pixels.

The 3440×1440 monitor is uncommon but excellent for gaming. They provide immersive visuals, especially if your monitor curves. You’ll need to know if your graphics card can handle the increase in pixels.

The gaming performance will also be dependent on the type of game and settings used. Keeping your system specs and game setting consistent can help in this regard. Upgrading from a lower resolution monitor can drop the performance of some games.

If you opt for a 3449 x 1440 screen, you will get excellent game performance—also complete support on an ultra-widescreen.

How are these screen resolutions similar? How do they differ?

In two different sized monitors, the pixels can be the same and give the same clarity. A larger 2560×1440 monitor would show less crisp images. A smaller 3440×1440 could appear crisper.

Both resolutions have ultra-wide aspect ratios of 21:9. They are comparable to other resolutions in their class. As a result, both give similar picture quality. The 3440 x 1440 screen resolution is 29.3% wider than its 2560 x 1440 counterpart.

When you shop for monitors with excellent resolution, keep the following in mind:

· What is my primary purpose?
· Which features matter most?
· What should my display resolution be?
· What is the best deal I can find based on my budget?
· How many pixels do I need?

1. What is the resolution of a monitor?

I have heard that 4k is the ultimate gaming experience. Is this true?

What is screen real estate?

Screen real estate is the space available to work on a monitor. It is dependent on the size and resolution of a user’s computer display.

It is suitable for gaming. But it is at the cost of losing a higher setting. You gain a wider display resolution, and a lot of games can survive at 3440×1440. 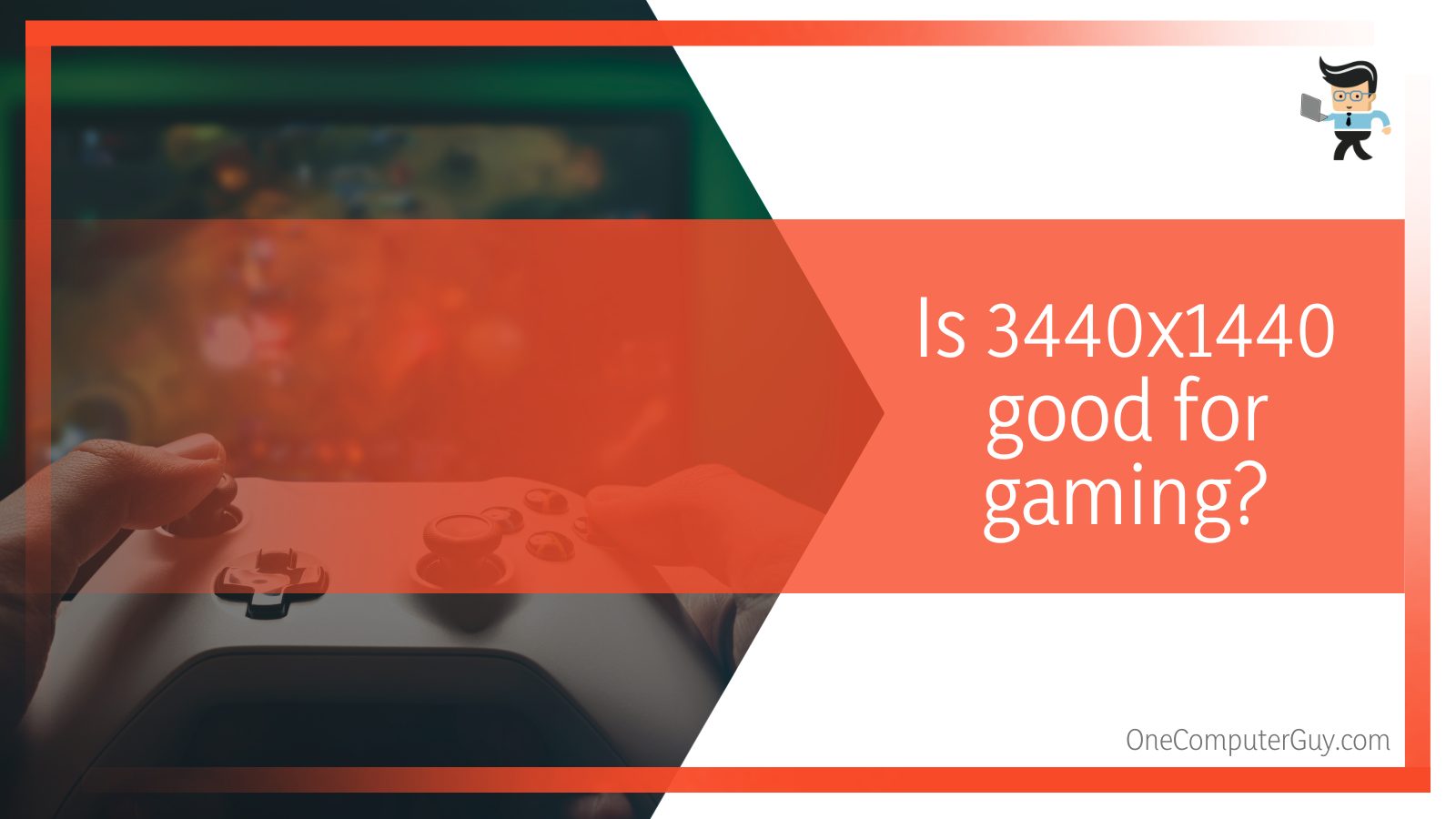 It depends on the size of the monitor that you have. The ultrawide aspect is a lot more appealing, but the crisp image is the same.

1440p would not be worth it for all gamers. If you are on a tight budget, you might prefer to buy a 1080P 144Hz monitor. Competitive gamers who prefer visually-stunning games will prefer a 4k 60HZ. This setup will work best for their needs.

This resolution gives more clarity in terms of how sharp objects look at a distance.

To change the resolution settings on a monitor, use the Advanced Display Settings. Select your desired screen resolution from the drop-down menu, and click to apply.

As is evident in our review, there are many factors to consider. Which is best to use, a 3440×1440 or 2560×1440. Some factors are performance, screen size, and optimal viewing distance.

We hope that the above comparison taught you everything you wanted to know. The differences between these two types of screen resolutions should be clearer. In the end, your choice weighs on what kind of content you will be watching most.