One of the things that you need to keep in mind when you are gaming is the AMD Radeon RX 580 max temperature. As this is a gaming GPU, many people will try to push it as far as it can go. You do need to be careful because if you push it too far, you will cause damage to your rig. 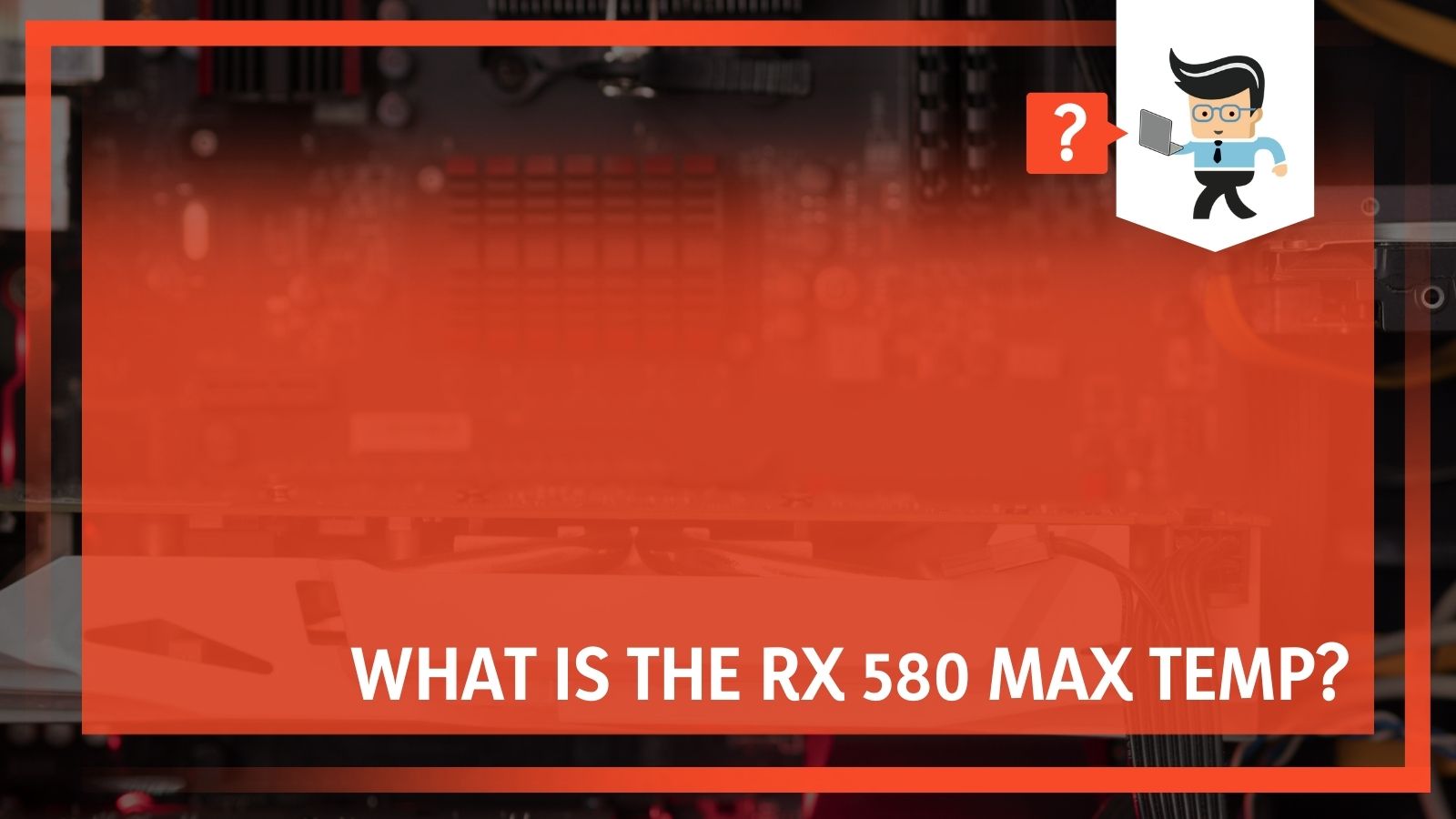 Our experts break down what the maximum safe temp for Radeon RX 580 is, how to cool down your rig safely, and other tips for keeping the Radeon RX 580 operating temperature down.

What Is the Maximum Safe Temperature For Radeon RX 580?

While every GPU is a bit different, under a full load and in a normal temperate climate environment, the card should run 70c – 80c in a well-ventilated case when it is first used in a rig.

However, it is safe into the upper 90cs. Once the GPU gets around that temperature and you still continue to play, it will throttle back to protect itself.

The lower you can keep the temperature of the Radeon RX 580, the longer its life will be, and the better it will perform. However, there aren’t any problems with pushing it occasionally. It is only when you consistently keep it at high temperatures that you have a problem.

How Do I Monitor Radeon RX 580’s Temperature?

If you want to keep your eye on the temperature of your GPU, you can get any number of hardware monitoring tools to help you do so. There are free tools and paid tools, but this is something that you really do not need to pay for, especially if you don’t plan on overclocking.

You can also use the software that came with the GPU to monitor the temperature.

If you have a high GPU temperature, it can mean quite a few things. As systems in our computers work, they start to produce heat. Usually, this doesn’t mean you need to be alarmed, but it is something you should monitor if you are gaming or pushing your system in any way. Sustained high temperatures over time can start to impact the performance of your GPU.

GPU’s do have some self-regulation in place to help cool themselves down. If you have optimized your system for gaming, you shouldn’t have a problem. However, once your GPU heats up, you may start to notice that you cannot perform as well. Tasks like video editing will take longer than ever before. 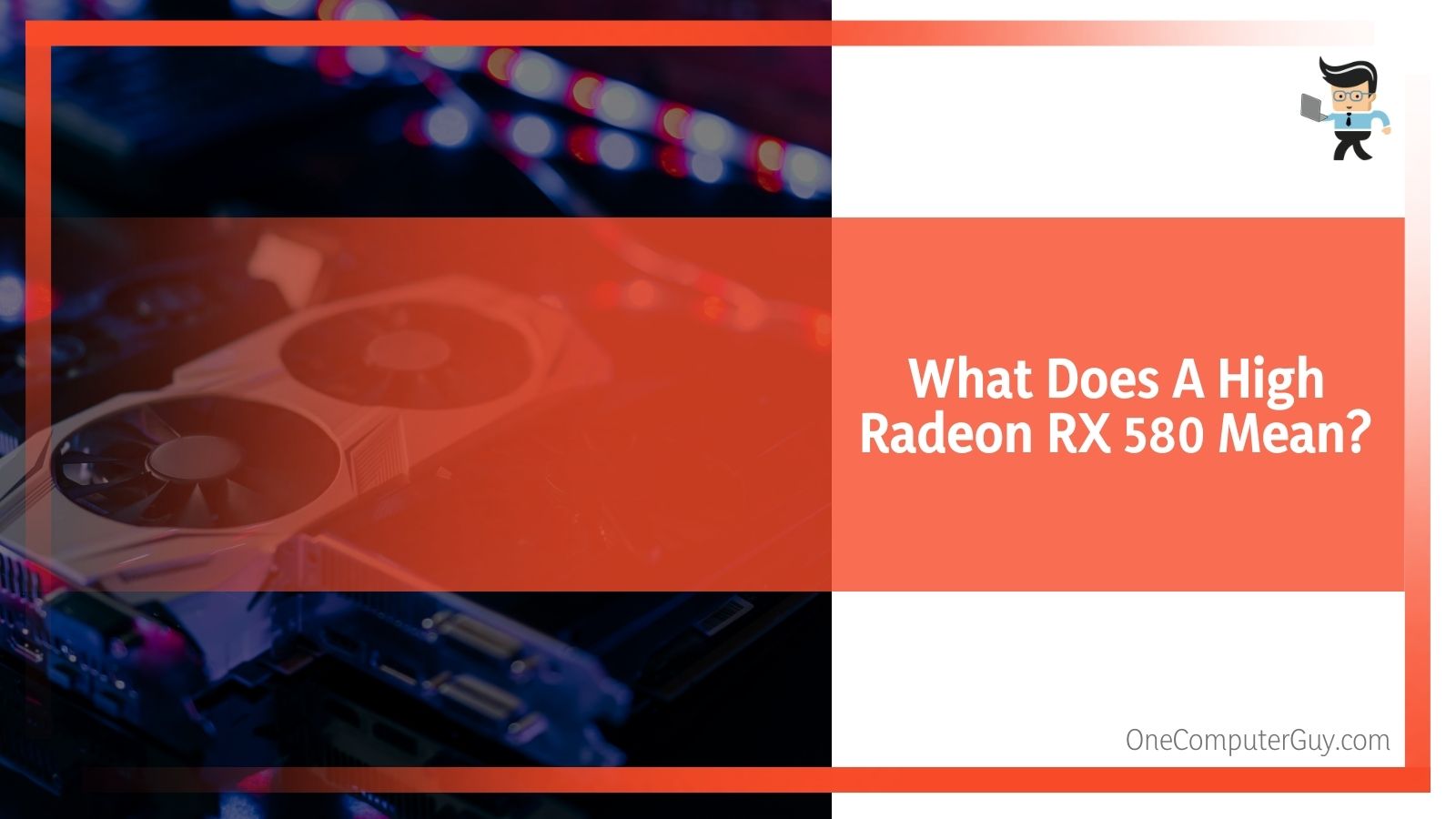 In order to maximize your GPU’s efficiency, you need to keep it cleaned from clutter and ensure that you don’t overheat it or even raise the temperatures for hours at a time.

Why Do You Need To Worry About GPU Temperature?

The GPU is a very important part of your rig because it is the specialized processor that focuses on quickly performing repetitive and intense tasks in some of your most common activities, such as rendering high-resolution images while you are gaming. They are extremely important in all rigs, but even more important for those who game or edit and create content.

GPUs take the complex tasks that we do every day and break them down into smaller tasks, allowing them to be completed sooner. As they do this, temperatures start to rise.
Much like with human bodies, as the temperature starts to rise, things start to go wrong.

You need to ensure that the temperature starts low and stays that way as much as possible. There are other temperatures that matter, but few matter quite as much as this one.

How Do I Lower Radeon RX 580 Temperatures?

If you want to lower the temperatures of any GPU, including the Radeon RX 580, try these steps:

Ensure That Your Fan And Heatsink Are Clean

The buildup of dust and debris on the heatsink and the fan can impact the temperature of the GPU. These are the features that help to dissipate heat, but when they are dirty, they cannot do this. Open your PC case, remove the graphics card, and carefully dust the graphics card with a brush and/or electric duster.

You may also want to clean out the slot and remove any other visible dust that you see. Keep the inside of your case clean of dust and debris or you will just face the same problem again in a short time.

There are some steps that you can take to prevent this from happening into the future, but it is always

Increase The Speed Of Your Fans

If you have manual control of your fan speed, you may want to speed it up so that the temperature can go down. Now, this is a bit dangerous in some situations where the fan isn’t rated to go faster than the speed it is defaulted at. However, for short bursts of time when you really need to limit temperatures, it should be fine.

As soon as the temperature starts to return to normal, you want to bring the fan speed back to normal as well.

If the fan on the graphics card is spinning very slowly when you check it, there is a chance that your fan may be faulty or may simply have worn out. The only thing you can do is replace the graphics card fan with a new one. You will also want to limit any behaviors that lead to it breaking down and malfunctioning.

Another option, especially for people who game and frequently overclock, is to simply add an aftermarket GPU cooler to your graphics card. This is also a great option for people who think their GPU just doesn’t have a good enough cooling system. You want to ensure that you get a proper cooler for your card or you will just waste money.
Be sure to do some research as there are some not so great coolers out there.

If you have had your graphics card for a long time, it is possible that the thermal paste or heatsink compound between the GPU and heatsink has dried out and is no longer effective. To fix this problem, you will remove the fan and the heatsink and reapply thermal paste.

Old or fried thermal paste is usually the culprit if you have noticed that your card is slowly running at a higher temperature.

Try To Update Or Rollback Your Drivers

Another option is that your video drivers may have gone bad in some way and this is impacting the temperature of your graphics card. This can happen in specific cases and isn’t all that common, but it does happen. You can either go to the graphics card manufacturer’s website and see if there are any updates OR if you have recently updated, you can try to roll back the update to see if this is the problem.

Try to Increase The Airflow Inside Of The PC Case

Change Up Your GPU Clock

Note: this is only a temporary fix

You can lower the GPU clock frequency or speed to help prevent the graphics card from overheating during use. This is an easy to access tool within an overclocking menu. This should give you enough time to figure out if the issue can be solved with any of these steps or if you simply need a new GPU.

Most people only know that they need to pay attention to the CPU temperature on their computers, but you need to understand that the GPU temperature is something different. 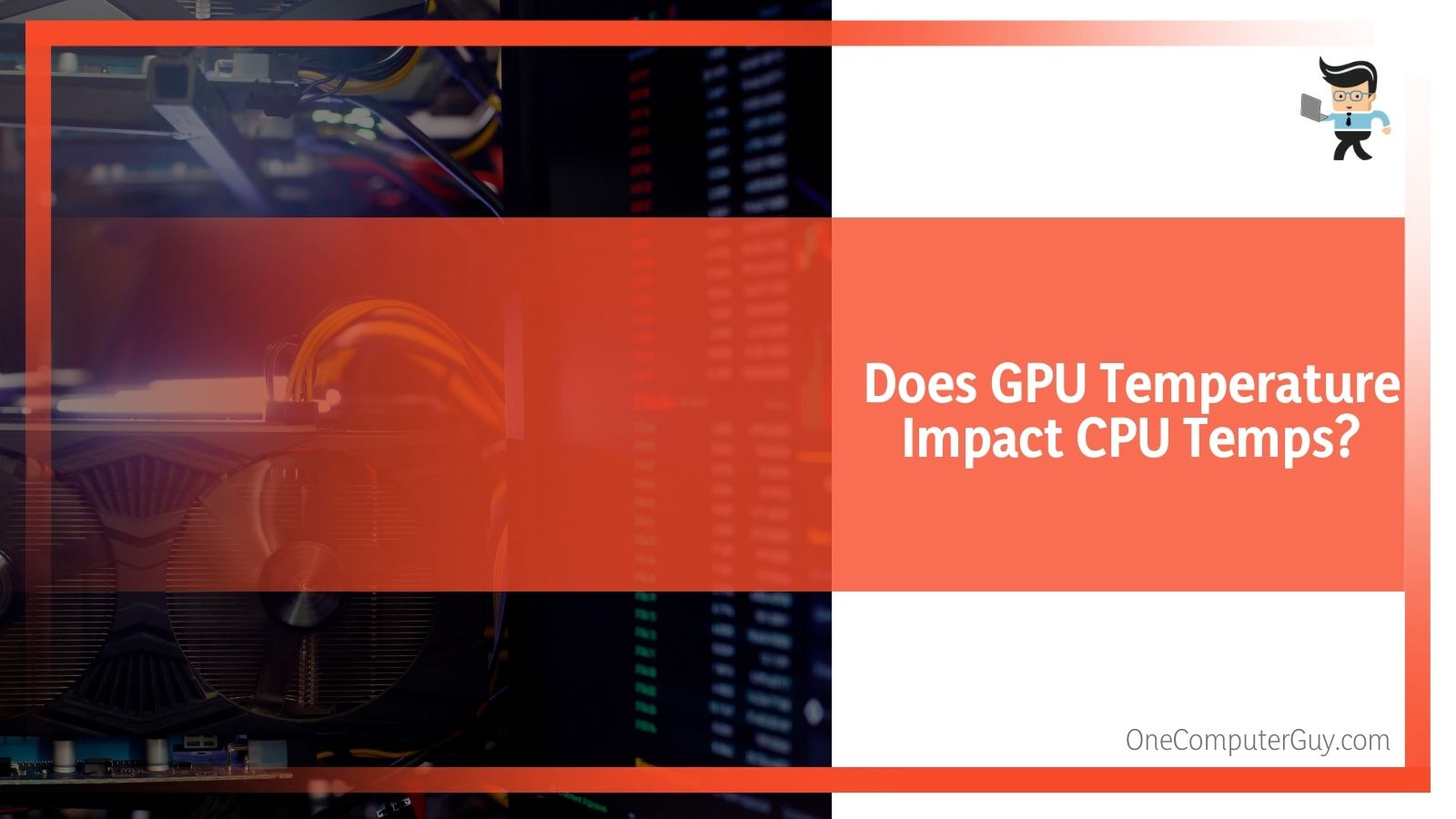 You want to think of your CPU as the brain of your computer. It is what takes all of the programs and calculations and makes everything operate as it should. When something is going wrong there, it can cause problems throughout the computer. If you try all of the steps above and your system is still overheating, it could be residual heat from the CPU, not the GPU.

Be sure to monitor the heat of your CPU and keep that low as well. If you don’t, the heat can impact the CPU and the thermal paste used on the rest of the components in your rig.

Conclusion: What Is The Rx 580 Max Temp?

You should be sure to keep your RX 580 between 70c – 80c for much of its lifespan. You can occasionally push it to 90c, but you don’t want to keep it there. Remember that the lower you can keep the temperature, the better it will perform.

If your GPU isn’t staying at this level, try some of the steps above and see if that helps. If it doesn’t, you may want to start looking for a replacement.