A PHP switch is a statement that executes a certain code based on the implementation of relevant cases that match the expression value.

This article will dive deep into its mechanism and comprehensively cover its important components.

There will also be some engaging examples of the usage of switch statements in simple and advanced tasks. You can learn everything about switches from this article so do not miss this wonderful opportunity.

How To Switch in PHP: Learn the Basics

The mechanism of switches in PHP involves a single expression “n” which is usually a variable and has to be evaluated once. The value of that expression undergoes a comparison step of that mechanism in which it is compared to the value of every case that is present in that structure.

If the comparison step finds a match, the code associated with the matched PHP switch case is implemented. You will also have to include a break along with your cases so that the code does not automatically implement the next case as part of the switch.

There has to be a default statement provided as well apart from the main cases so that it can be used in the case of no match. In this way, switches take input in the form of a single variable to check it against all the cases of those switch statements. It means that a switch corresponds to a single check to match a variable with its intended case instead of checking multiple times.

– Syntax of a Switch Statement

The following is the syntax for a general switch statement in PHP. It highlights that the expression of a switch is the first component of its mechanism. The outcome of its evaluation is compared with the cases associated with it.

The cases are systematically written below the expression in sequence and they will be compared with the outcome based on that sequence. These cases are followed by a default PHP case which will be executed if there is no match. An important component of the PHP switch syntax of a switch is a break statement which has to be placed in all the cases, as you’ll realize from this syntax below:

A Switch Statement and an If-else If-else Statement

The above mechanism of a PHP switch statement holds a certain level of resemblance with that of an if-else if-else statement. The main concepts of these two statements are the same to some extent with regards to their feature of comparing a variable with various values of conditions.

This is because the use of an if-else if-else statement will result in a lengthy code in PHP which might turn out to be difficult for you to manage. Whereas a switch statement will produce a compact and understandable code that will save your time.

The following are examples of the same implementation and will help you develop an understanding of the if-else if-else statement and switch statement respectively:

The simple and understandable example of the PHP switch string below shows how it is better than an if-else if-else statement especially with multiple conditions in PHP:

Importance of a Break Statement

A break statement is an important component of the mechanism of a switch statement in PHP as it can either procure the intended output or a totally different one. This is why it is vital that the involvement of break statements is ensured in every implementation.

Let’s take an example to understand the importance of a break statement:

As a result, the code of the PHP case which is next in the sequence will also be executed. Keep in mind that the execution will not be dependent on the value of the $favorite_sport variable.

Role of the Default Case

A PHP switch default case is placed at the end of an implementation and its usage is optional for any execution. A default case provides a default code so that it can be executed. Its execution corresponds to the scenario in which there is no match between the expression value and any of the main cases.

Some tasks can include the execution of the same code that corresponds to different cases. In such scenarios, a switch will implement all of those cases as the value of its variable and the same code will be executed for them.

Here is an example of how one output can be printed for multiple cases that exist in a switch statement:

Let’s look at an example in which an expression is used in a switch statement to obtain the current day of the week as output:

The following is an example of the usage of nested switch statements to obtain intended outputs for relevant tasks:

In this article, we assessed the core concepts of switches and their statements in PHP. The following is the final run-through of the important points that were covered:

You can constructively acknowledge the mechanism of switch statements with this article. Hold onto our guide and you will never encounter any problem while working with switches in PHP. 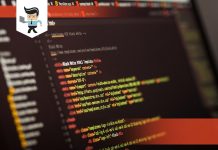 CSS Dropdown Menu: Guide on How To Easily Create One 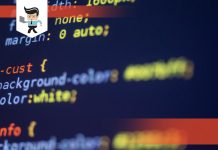 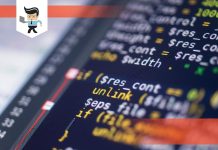 PHP Global Variable: Methods To Declare It With Perfection 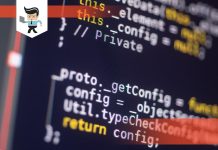