“Is 4ms response time good?” is a hot topic these days, and while it is generally good for gaming, that’s not the complete story. There’s a lot more you need to understand to really determine if 4ms is good enough for you. 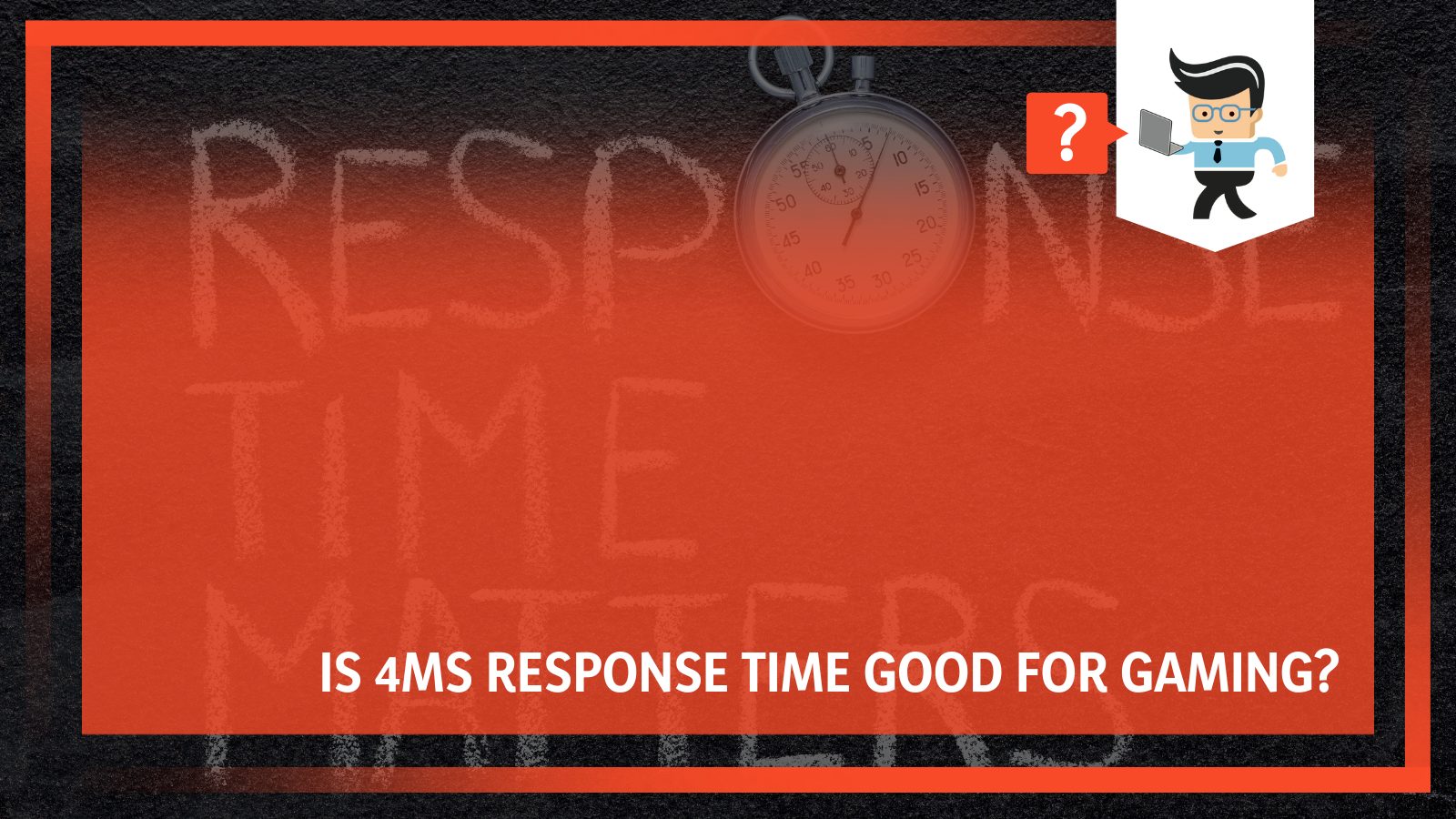 For instance, you need to consider the kind of games you play and how seriously you take gaming. So if you’re a gaming enthusiast looking for a new monitor, this guide will help you decide if 4ms is enough for you or if you need to splurge further for a monitor with a 1ms response time!

Yes, a 4ms response time is good enough for most gamers for many titles. With this time, you can make sure that you act or interact as quickly as possible when playing a fast-paced, action-packed game without experiencing disturbing artifacts. However, you also need to consider the kinds of games you play.

– What Does Response Time Really Mean?

It’s important to note here that this is different from latency or input lag. In other words, response times don’t refer to the time it takes for your monitor to catch up to the input.

Even though the idea of response times is quite simple, many manufacturers tend to manipulate it for their own advantage. Some manufacturers tend to advertise the gray-gray time of their monitors instead of the standard black-to-white time. But the problem is that don’t explicitly state what they’re really advertising.

That’s not all. As you might have guessed, the gray-gray response time is the time it takes for the monitor to convert a pixel from one level of gray to the other. This is shorter than the time it takes to go from black to white. As a result, manufacturers get the leeway they need to advertise their monitors as those having a low response time without mentioning that the actual black-to-white time is much higher.

Add to that the fact that each manufacturer measures color differently, so going from one level of gray to the other can mean drastically different things to different manufacturers.

– Importance of Response Time in Gaming 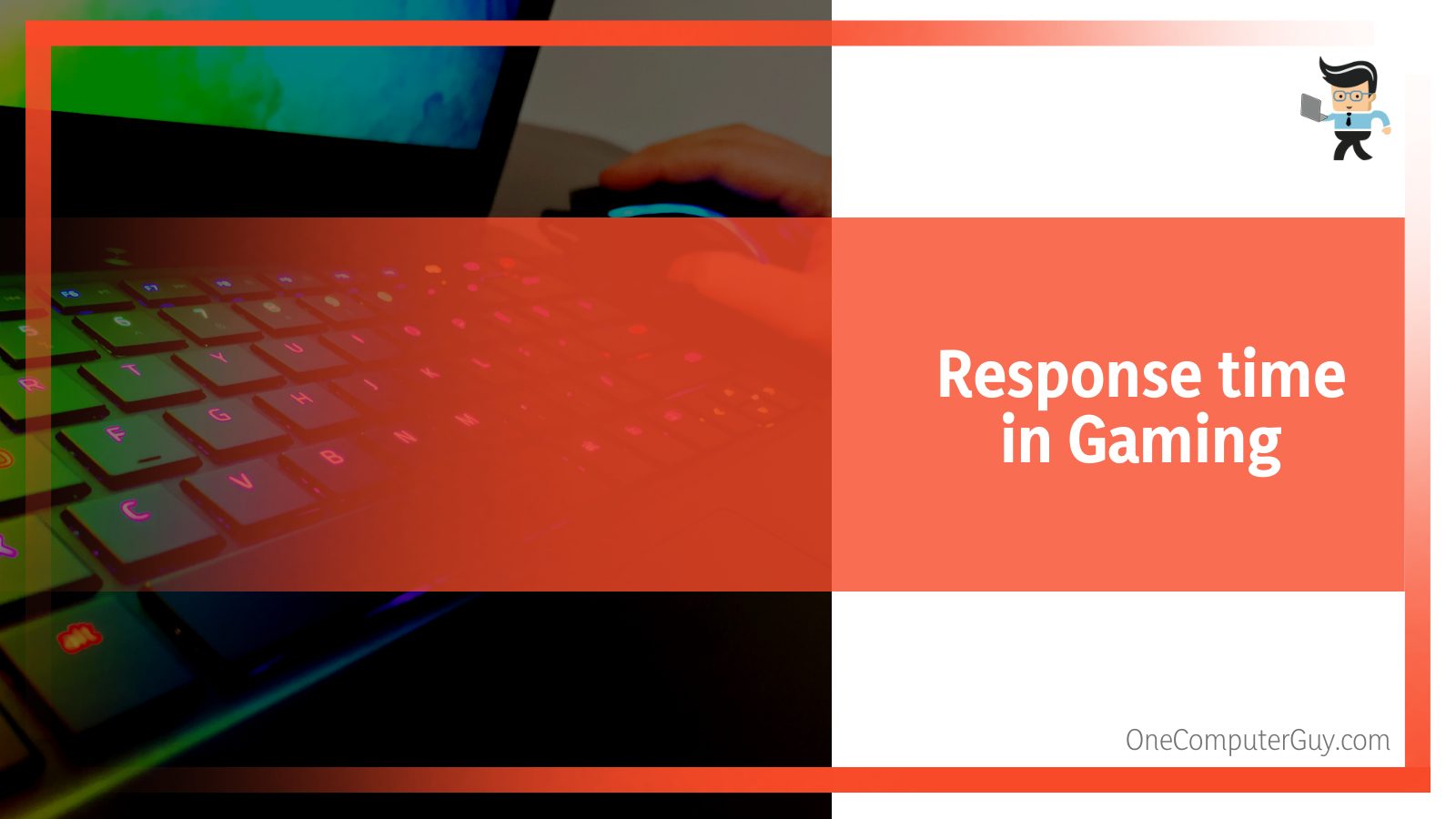 As a general rule of thumb, lower is always better when we talk about the response time. Monitors with a high response time work fine when it comes to playing slow-paced games, surfing the internet, or streaming shows. However, they often struggle with fast-paced games.

Essentially, a high response time translates to the pixels taking a little while to change the colors, which means they might not keep up with the action on your screen adequately. The monitor will fail to respond fast enough to display fast-moving objects, vehicles, and characters. As a result, you might see visual artifacts such as ghosting and motion blur.

And while all that is fine, the real question is: is 4ms considered low enough? And the short answer is yes. Four milliseconds mean 4 thousandths of one second. So if your monitor response time is 4ms, that means it will change the color of the pixels 250 times each second.

To really understand how fast that is, let’s compare it with blinking. On average, it takes 100ms to blink, which means that within the same time frame, a pixel can change its color 25 times. This is much faster than the human eye can differentiate.

Given this fast response time, you’ll hardly come across artifacts such as those mentioned above. In fact, even if you play the fastest game, it should look and feel great, cohesive, and smooth.

A low response time is particularly important for those who play eSports games, and, in particular, fast-twitch shooters. This is because in this case, you need the most accurate and quickest image possible.

What Is the Right Response Time?

For some people, 5ms monitors work absolutely fine for all the games they play, while others find that even 4ms is too slow. According to the latter, serious gamers shouldn’t settle for anything less than the fastest-possible time available, which is 1ms. But how much of a difference will that really make?

The truth is, the 3ms difference between the two times doesn’t really make a lot of difference. Only the best-seasoned gamers, and that, too, with almost superhuman reflexes, can tell the difference, and even then they will admit that there’s hardly any difference.

That’s not to say that you won’t get any advantage, but you won’t really benefit from that kind of advantage unless you’re the best of the best. Plus, you should know that you might have to make some sacrifices.

Most gaming monitors with a response time of less than 5ms feature a TN or IPS panel, with the former able to hit 1ms. Plus, TN is considerably cheaper than an IPS panel. However, it has its drawbacks, too. For instance, TN panels have limited viewing angles and produce a narrower range of colors as compared to IPS panels. 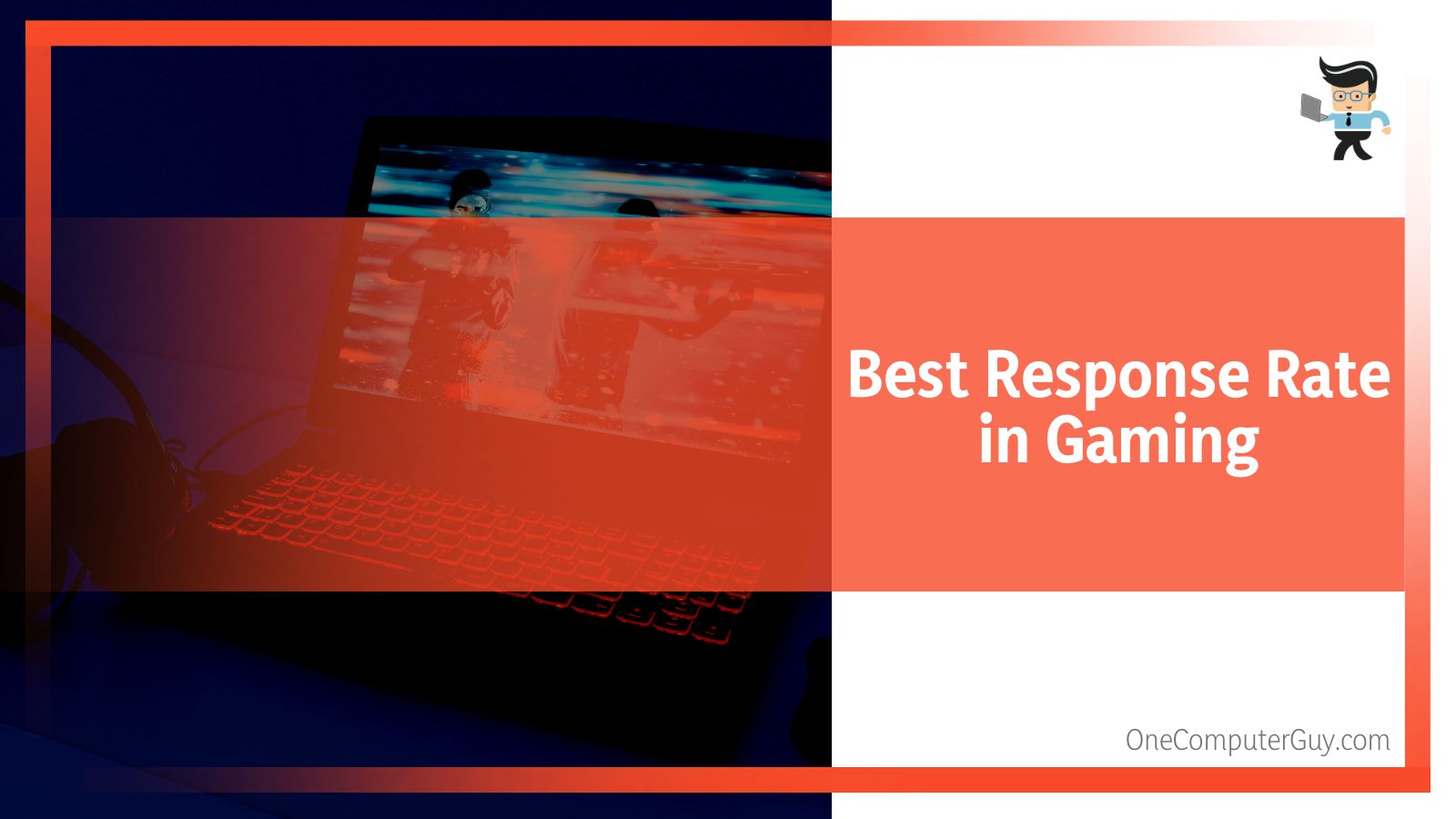 So, even though you can get a faster response with a TN panel, an IPS panel promises a more immersive picture with better contrast and richer and more accurate colors. So before choosing a gaming monitor, you’ll need to choose between true 1 ms time or a better picture. If you’ll be using the monitor for uses other than fast-paced games, an IPS monitor featuring a 4 ms response rate is the ideal option.

As a general rule of thumb, the response time for any 240Hz monitor should be less than 4.16ms. This is because, at 240Hz, the monitor will try to draw a new frame every 4.16 seconds. This means that you’ll only get a small glimpse of the complete frame before your computer moves to the next frame.

As a result, you’ll experience at least some ghosting. Plus, the monitor will appear to be dimmer than it really is because of the length of time you’ll see it in its neutral state.

However, the ghosting won’t be too noticeable because of how quickly the monitor will move on to the subsequent frame. So the bottom line is that 4ms is not the best option for 240Hz, but it is certainly usable.

Yes, anything below 5ms is good enough for a 144Hz monitor. A combination of this refresh rate and time ensures that competitive players have a good gaming experience. Anything higher than 4-5 ms, and you won’t be able to reap the benefits of higher refresh rates, which is essentially cleaner and clearer motion.

In other words, 5ms or less is good for 144Hz or less, while you need 2ms or less than that to benefit from a 240Hz or better panel.

– What Is 4ms Response Time in Hz?

Simply put, 4ms translates to 250Hz. However, that will only be true if a monitor’s response time measures the time for the pixel to go from black to white or change from 0 to 100 percent. With that said, remember that the time between different companies isn’t really comparable since different brands have different measurement standards.

The debate about whether 4ms is good for gaming is an old one, with some rooting for it while others stating that lower is always better. However, you now know the truth: low response rates can result in artifacts such as ghosting and blurring in fast-paced games, but 4ms is enough to deal with these problems.

While options with 1ms are also available, the difference is not really worth upgrading if you currently have a 4ms monitor; not to mention that a 4ms IPS panel is much better than a 1ms TN panel in terms of angles and visuals. The bottom line is that 4ms is good enough for most people, even for serious gamers.