G Sync vs VSync is a debate that often pops up when it’s time to shop for a gaming monitor. Even though both technologies were introduced quite some time ago, the similarity in their uses and names often confuses people. 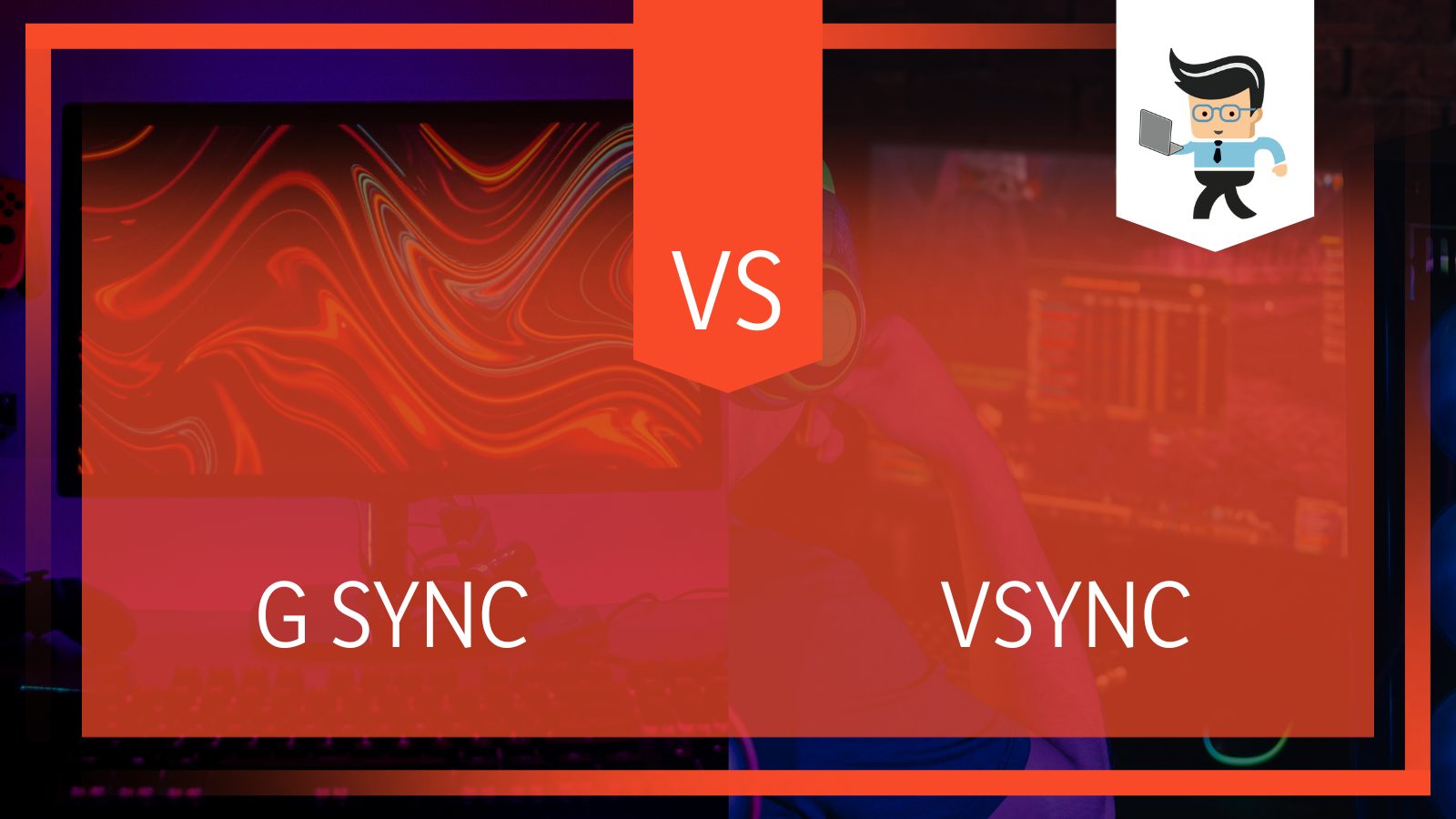 However, there’s quite a substantial difference between the two, and they have their own benefits and drawbacks. In this guide, let’s take a closer look at the differences between the technologies so that you can choose the right option.

What Are the Differences Between G Sync and VSync?

The main difference between G Sync and VSync is that G Sync is a dedicated technology built separately into monitors while VSync is basically a software setting that you can access within a game, provided that said game has the option. G Sync is also not free, while VSync is free.

What Is G Sync Best For?

G Sync is best for more versatile situations and it offers better-quality displays without compromising on the performance of the GPU. However, it also comes with a high price tag, so you should only opt for it if you have the budget for it. If you love to play triple-A games, then investing in G Sync is a good option.

Keep in mind that you’ll need dedicated monitors and GPUs to use G-Sync.

– All About G Sync

Nvidia G-Sync is basically a variable refresh rate based on the adaptive sync technology that’s also used by the adaptive V-sync. It uses the technology to adjust the refresh rate of the monitor and synchronize with the fps of the GPU. As a result, it eliminates problems such as input lag and screen stuttering and tearing. Instead, it promises superfast frame rate transitions, so much so that you won’t even be able to notice any changes in the FPS.

Simply put, G Sync overcomes all the limitations of VSync we’ll mention later, but the only problem is that G Sync needs some dedicated hardware to run. Apart from a monitor with built-in G Sync, you also need to have a GPU that supports the technology. So you can expect to shell out quite a lot of money. In comparison, VSync is free.

Just like there are variations of VSync, there are also variations of GSync that we’ll discuss in just a bit. But the bottom line is that with G-Sync, you can expect to get the most out of your GPU and your computer without any major drawbacks.

What Is VSync Best For?

VSync is the best choice if you don’t really play graphics-intensive games and just suffer from image tearing every now and then. In this case, switching on VSync will ensure you have a better gaming experience without you having to spend a hefty amount. 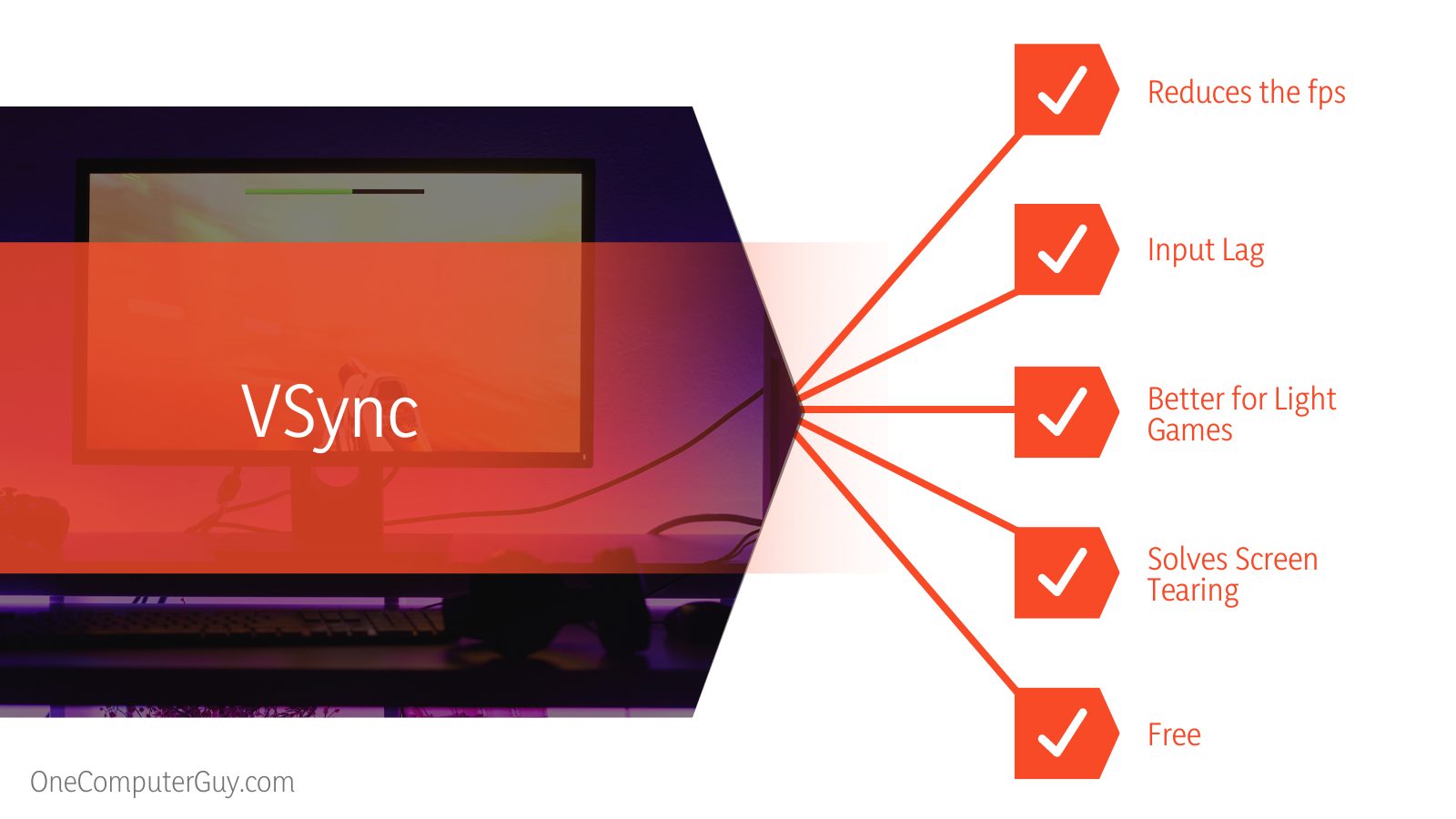 VSync is a more flexible option and doesn’t have any restrictions on the displays you can use. However, it will bring down the GPU’s performance.

Vertical sync or VSync is a technology that reduces the fps (frames per second) of your GPU so that it matches your monitor’s capabilities. For instance, if you run the graphics on the ultra settings, but you notice screen tearing, this technology will kick in. It will give you the max number of frames that your monitor can handle; it doesn’t matter how high quality that is.

VSync also prevents the GPU from making any changes in your monitor’s memory until it is done displaying the complete frame once. As a result, the image won’t tear, but the visuals might be of a much lower quality than you expected. Regardless of your settings, VSync will lower the graphics so that they match your monitor’s refresh rate. If you use a 144Hz monitor, then it doesn’t really matter if you have VSync on or off because most games usually don’t need such a refresh rate.

However, if your video card can’t maintain the FPS, the rate will drop to half. So, for instance, a 60Hz monitor will drop down to 30Hz. And if your GPU is too weak, you can expect the FPS to drop even more (down to just a quarter of your monitor’s capability). This means you’ll get 15 fps, which is basically unplayable.

– Games That Use VSync

Heavy-duty games such as Assassin’s Creed Valhalla and Red Dead Redemption 2 can benefit more from a VSync monitor than something like Fortnite that’s more graphically simple.

With that said, in some cases, it’s better if you don’t enable VSync at all. For instance, games involving twitch reflexes like eSports games or first-person shooters won’t benefit from VSync. This is because the graphical settings are generally set low in such games.

It’s also better to turn off VSync during competitive games, and you’ll find the option to do so in the graphics menu. While this might result in some screen tearing, you’ll get optimal performance with the VSync switched off.

There are essentially three kinds of VSync, each more advanced than the previous one.

The first is adaptive VSync from Nvidia, which is a significant improvement over the standard and helps solve the input delay problem. It looks at the refresh rate of the monitor and then monitors the GPU to see if the rate it provides during the game is more than that of the monitor.

If both rates are similar, then VSync won’t be turned on. However, if the refresh rate provided by the GPU during a game is more than that of the monitor, VSync will be turned on.

Adaptive VSync switches off VSync when you’re playing games with a lower refresh rate. It also prevents VSync from causing input delay, which is quite common when you play games at a higher refresh rate with the VSync turned on. 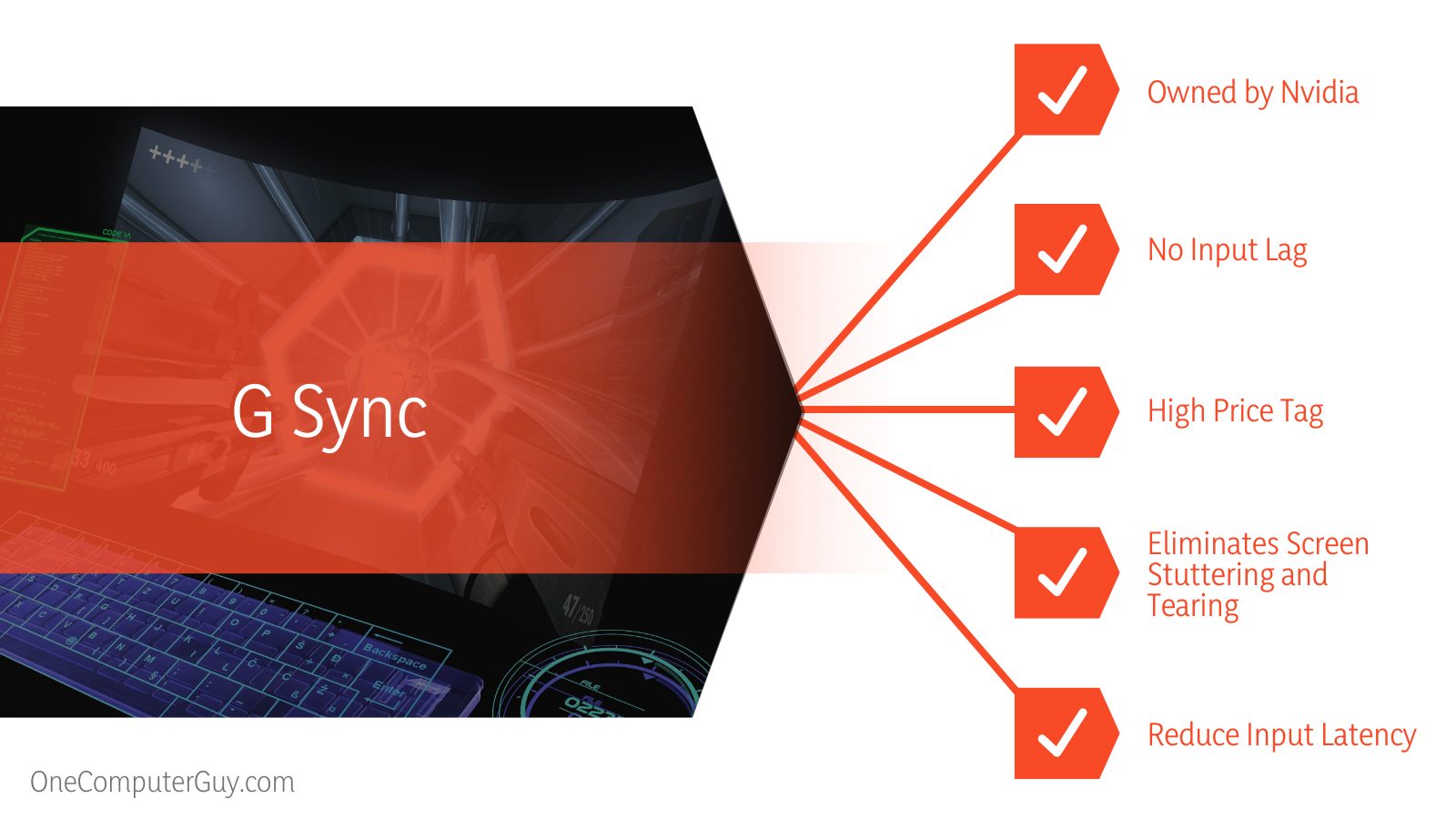 Then comes fast sync, and it’s also provided by Nvidia. When the monitor’s refresh rate is low and the game’s rate is comparatively higher, VSync will buffer the additional frames that the GPU provides and wait while the monitor renders them. You’ll notice an input delay until the frames buffer and are rendered.

But in this form of VSync, the buffering is modified to triple and the best frame data is chosen. As a result, the lag is reduced up to three times as compared to the lag in adaptive sync.

And finally, we have enhanced sync, created by AMD. And you can only use this if you have any one of the AMD Radeon graphics cards. In this enhanced version, VSync is turned off when there’s any performance drop. As a result, it is more consistent during gaming.

Depending on the GPU and the amount of stress put on your PC by a scene, VSync might cause the processor to render at both 60 and 30 FPS. And if you’ve noticed FPS jumps in video games before, imagine doubling them and the headache that will occur as a result.

Input lag will also become more noticeable. So if you press a key or button in a game, you’ll notice a slightly longer delay with VSync enabled than there was before.

In addition to that, if you try to overclock the system, you’ll get a very inaccurate picture of the game once you put it through benchmark software if you have VSync on. This can be quite dangerous and even harmful for both your CPU and GPU since you’ll be getting the wrong readings.

As you’ve seen in this G Sync vs VSync review, there are many differences between the two technologies. The primary difference is that G Sync is not free, is separately built into monitors, and needs a dedicated GPU. Meanwhile, VSync is a software setting accessible from within a game and is free.

And while VSync helps solve screen tearing, it’s only better for light games. G Sync, on the other hand, eliminates both tearing and stuttering and is ideal for graphic-intensive games. So to choose one out of the two, we recommend that you first determine your budget and the games you’ll be playing. Doing so will help you understand which one meets your needs better. 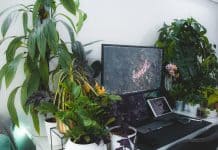