ISO vs. ANSI keyboard layouts are the most common on the market today. They seem very similar in some specifications and functions, to the extent that many think they’re the same. 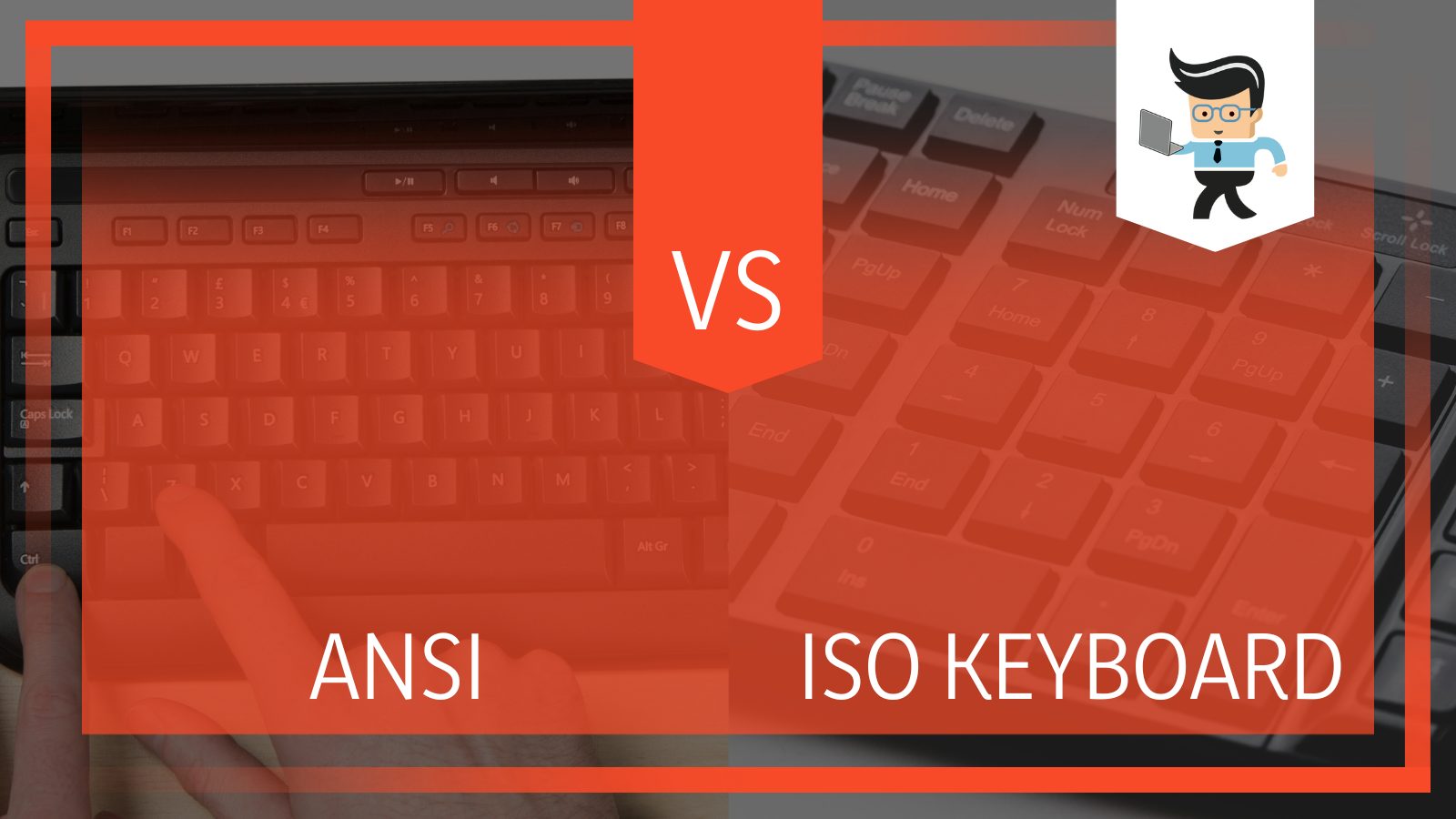 However, both ISO and ANSI keyboards are designed with specific users in mind. You’ll learn all the important details in this article to help you make an informed decision between the two.

There’s a great deal of confusion about keyboard layouts, especially among novices. However, it’s leading gamers to make the wrong decisions regarding the keyboard’s physical layout.

Keyboard form factor and layouts are a source of confusion for many novices in the gaming community due to the complex nature of their differences and overlapping concepts.

For this reason, many end up buying the wrong keyboard and performing less than they could in games. The keyboard layout you go with can significantly influence your ability to play games well.

As we move on, we discuss the two most popular keyboard layouts for mechanical keyboards: ISO and ANSI. We’ll also cover the most important details about each layout, outline how they compare and contrast, and answer a few FAQs on each type.

The ANSI layout was introduced by IBM and eventually became the standard US layout. All keyboards designed in the US or those made in Asia and sold to Americans adopted the ANSI layout. In 1995, Microsoft made some modifications with new keys like the Ctrl and Alt, Windows key, and the rest of the keys remained the same.

The major factors that differentiate the physical layouts of ANSI and ISO are the shapes and sizes of the keycaps on each layout. The shapes of certain keycaps like the Shift and Enter keys, plus their positioning, vary.

This generally depends on the “form factor,” which refers to the size of the “keyboard” as a whole and the positioning of the keys. There are several form factors of an ANSI layout. I’ll describe a few common form factors for ANSI layouts.

This is the full keyboard consisting of 104 keys. The clusters of alphanumeric, navigational, and number pad are separated horizontally, with the row of F keys at the top. Number pads are usually positioned to the right of the base form. If your operations involve numbers or calculations a lot, then a full-size keyboard is the right option. 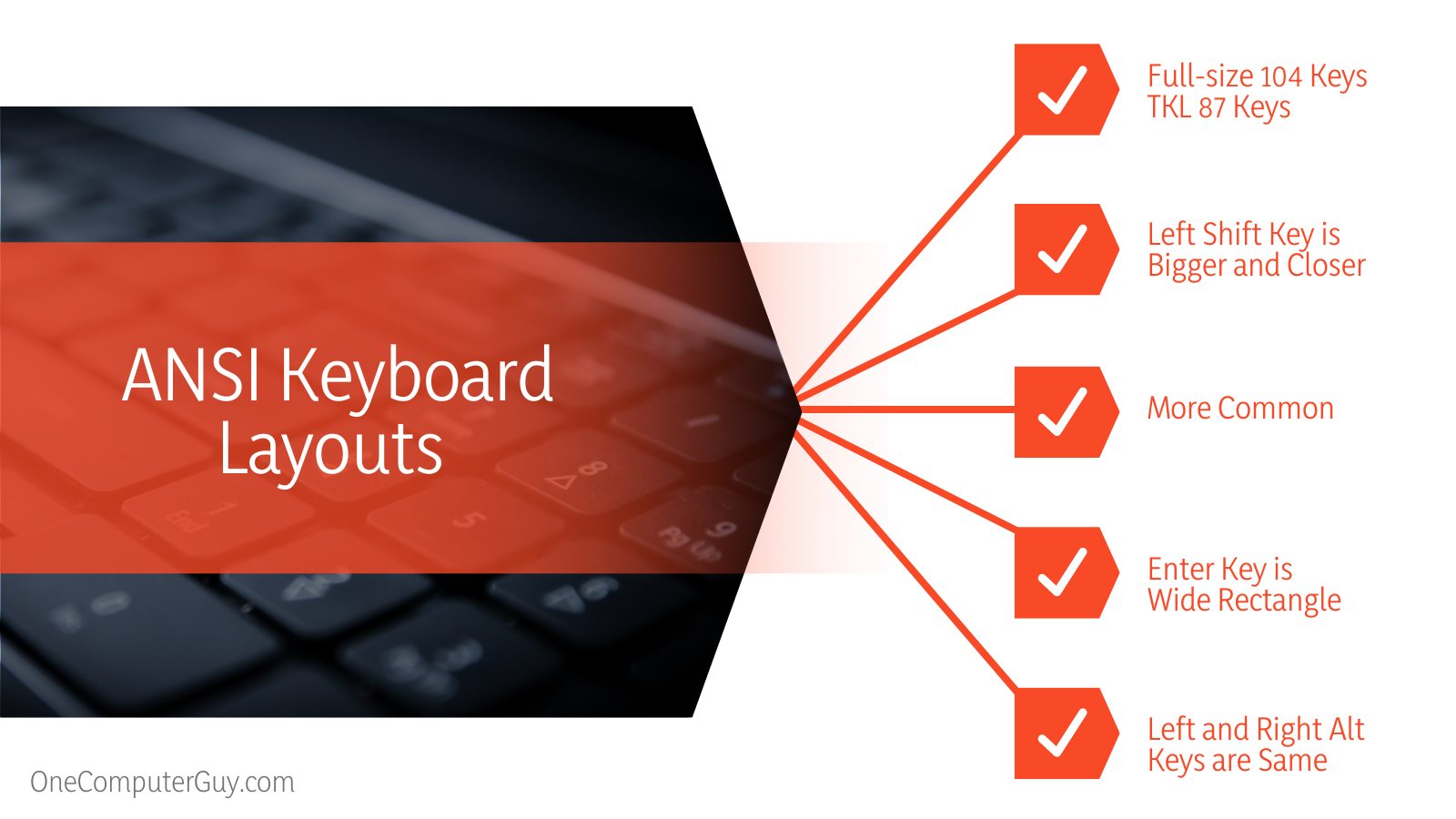 The TKL form factor contains the base form factor and the same clusters of keys as in full-size form factor, except that the number pad is absent. It is smaller and makes for an ergonomic posture that provides more space and comfort.

Keyboards referred to as 75% have a compact layout across 70% to 75% of the width of a full-size keyboard. However, they retain the row of F keys along the top. Usually, 75% keyboards are popular for being small and portable.

The ISO layout is widely used in Europe except in the Netherlands, where ANSI is the norm. ISO keyboard physical layout comes equipped with up to 105 keys for full-size keyboards and retains 87% of components as opposed to the TKL, which retains less.

In an ANSI layout, the backspace key is positioned above the “Enter key” with one key between them. Usually, you will need to stretch your right little finger to reach it.

An ISO layout, on the other hand, has the “backspace key” sitting closer to the “Enter key,” and you need not stretch your finger much to reach it.

The left shift key in an ANSI layout is the same size as the right shift key and is closer to your left little finger. You won’t need to stretch much to access it.

As for the ISO layout, the left shift key is about half the size of the right shift key and the same as the Ctrl key. That makes it harder to differentiate or reach with your little finger.

In an ISO layout, there is only one Alt key to the left. A Gr key replaces the right Alt key.

The ANSI layout, on the other hand, has two Alt keys at the right and left sides of the keyboard, respectively. Depending on how frequently you use the Alt key, this can be a preference or disadvantage for either of the layouts.

There is a total of 104 keys in a full-size ANSI keyboard, and 87 keys for a TKL form factor layout.

ISO keyboards have 105 keys in a full-size form factor, and 88 keys in a TKL keyboard. 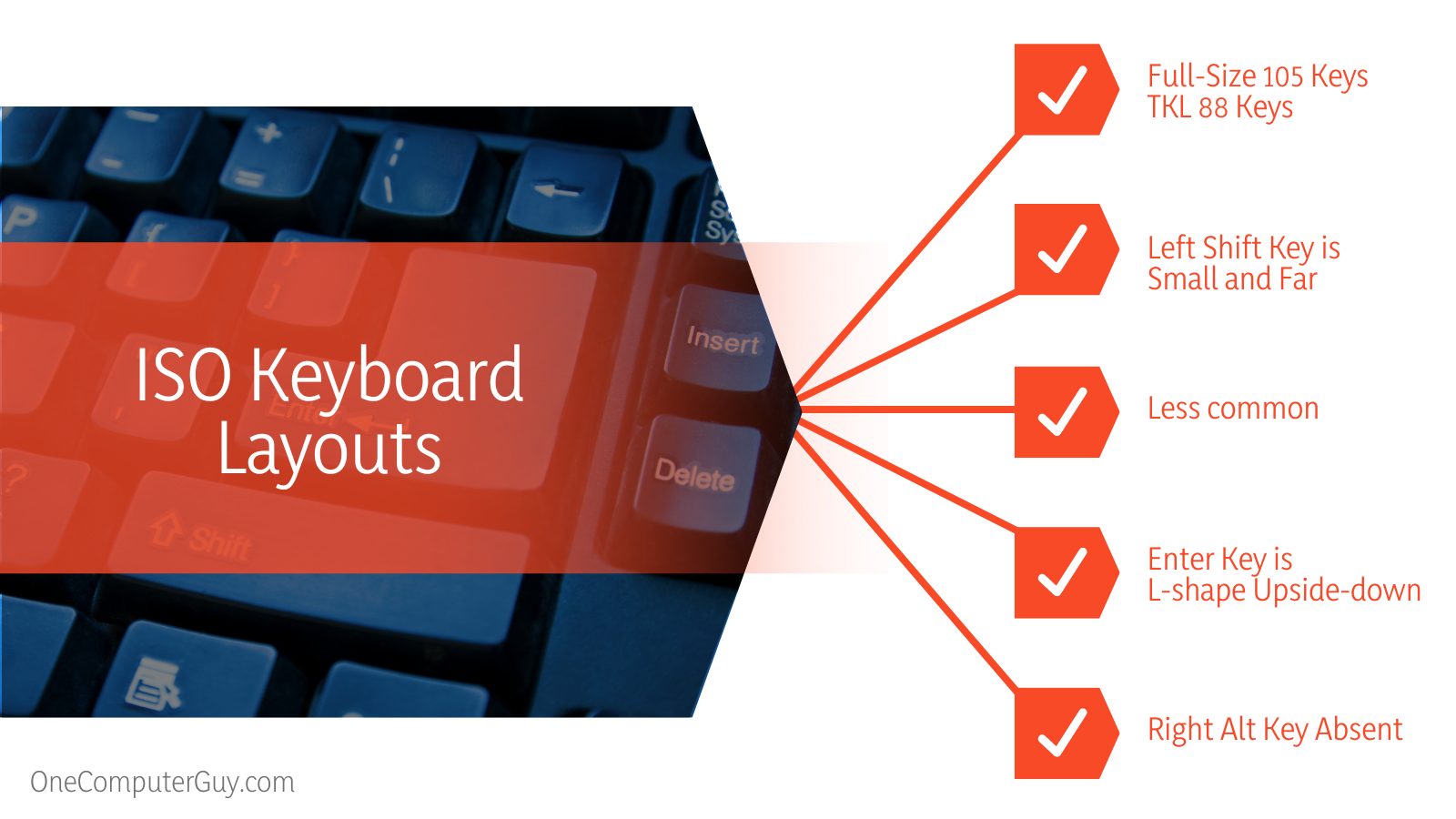 Especially for gaming keyboards, the keycaps are more common in ANSI layout than in ISO layouts. That’s because many who live in countries that adopt ISO layout also go with ANSI keyboards just to use the keycap sets.

ANSI is generally used in the US and other parts of the world. At the same time, ISO layout is typically found in Europe and a few other countries.

There is an Alt Graph key on ISO keyboards which lets you activate the third symbol on a key. That’s because other languages that use ISO require such symbols in typing. Some keys may also have a fourth symbol, in which case, you need to press Shift+Alt+Gr to access them.

There is a one-key difference between ANSI and ISO layouts, which is in the left Shift key. The left Shift key in ANSI keyboards is a large rectangular key that is easy to reach with the left little finger.

In an ISO layout, the left Shift key is separated into two different keys, where <> occupies the extra key. This extra key is useful in full programmable keyboards, where you can program the key to represent any symbol or function.

Keyboard Physical Layout: What Matters the Most?

In most mechanical keyboards, the positioning of the buttons will go a long way to determine how comfortable you’ll be while typing.

As such, you need to ensure that you select the most suitable physical layout for your typing and gaming needs.

The keyboard’s form factor refers to the size of the entire keyboard and how the keycaps are positioned in groups or blocks. There are many different form factors, but we have a few models that account for 99% of the keyboards on the market.

Every keyboard form factor has keys positioned in one or more blocks. The biggest form factor (the biggest keyboard by size) contains several blocks of keys, with a specific central block, otherwise known as the base form.

Similarly, there are clusters of key blocks away from the base form, like the number keys or function keys.

Usually, the form factor of your ideal keyboard will fall into one of the three classes listed below, depending on the number of key blocks (keys grouped together at different sections of the keyboard).

Deciding Which is Better

The main difference between ANSI and ISO Keyboards is, ANSI keyboards are designed to be reprogrammed and have a more ergonomic design, while ISO Keyboards come with a lot more symbols making it more compatible with different languages.

Much of the debate between ISO and ANSI layouts boils down to preference. ISO layout comes with a load of disadvantages. Some languages cannot work without an ISO keyboard, mostly in Europe.

To meet the requirements of such languages, ISO keyboards compromise on ergonomics just to fit in the necessary extra keys for these languages. ISO keys typically have more symbols than ANSI keys.

Some keyboards are fully programmable, especially gaming keyboards. You can get an ANSI keyboard and reprogram it to suit all the keys needed for a particular language.

With an ANSI keyboard, you get a more ergonomic design, access to better keycaps made of PCB, and availability.

A major advantage of ANSI keyboards is the proximity to your fingers of certain important keys. For example, you can easily access the Enter key and left Shift key.

The only key that is farther than its ISO counterpart is the backspace key. However, this is not all the important as you’ll rarely use the backspace if you type well. Even if you need to, the key is long and wide enough for your finger to access easily.

The right keyboard layout is critical for certain tasks like gaming and typing. Some top brands, like Free write, allow users to specify their preferred physical layout while making an order. However, you aren’t likely to get that by randomly picking one up online.

If you want something durable, ergonomic, efficient, and comfortable to use, then you need to research the layout that will best serve these functions.

You aren’t likely to notice the physical difference in layout for ANSI and ISO until you take a really close look. That’s the reason many think it’s no big deal any difference.

Overall, ANSI seems to be preferable when it comes to ergonomics and the availability of PCEs and other top accessories like keycap sets. 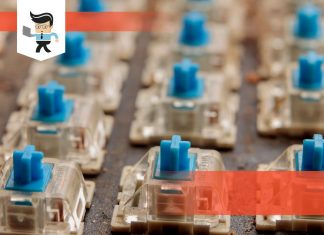 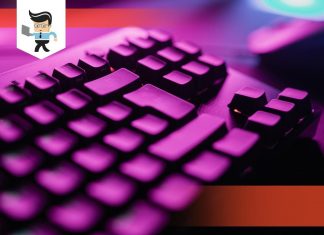 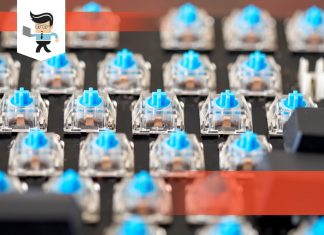 Are Blue Switches Good for Gaming? A Guide To Gaming Switches 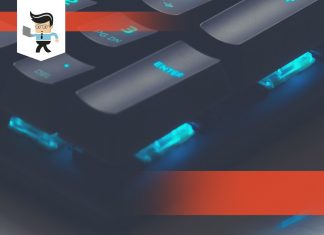 A Comprehensive Review of the Best Ducky Keyboard