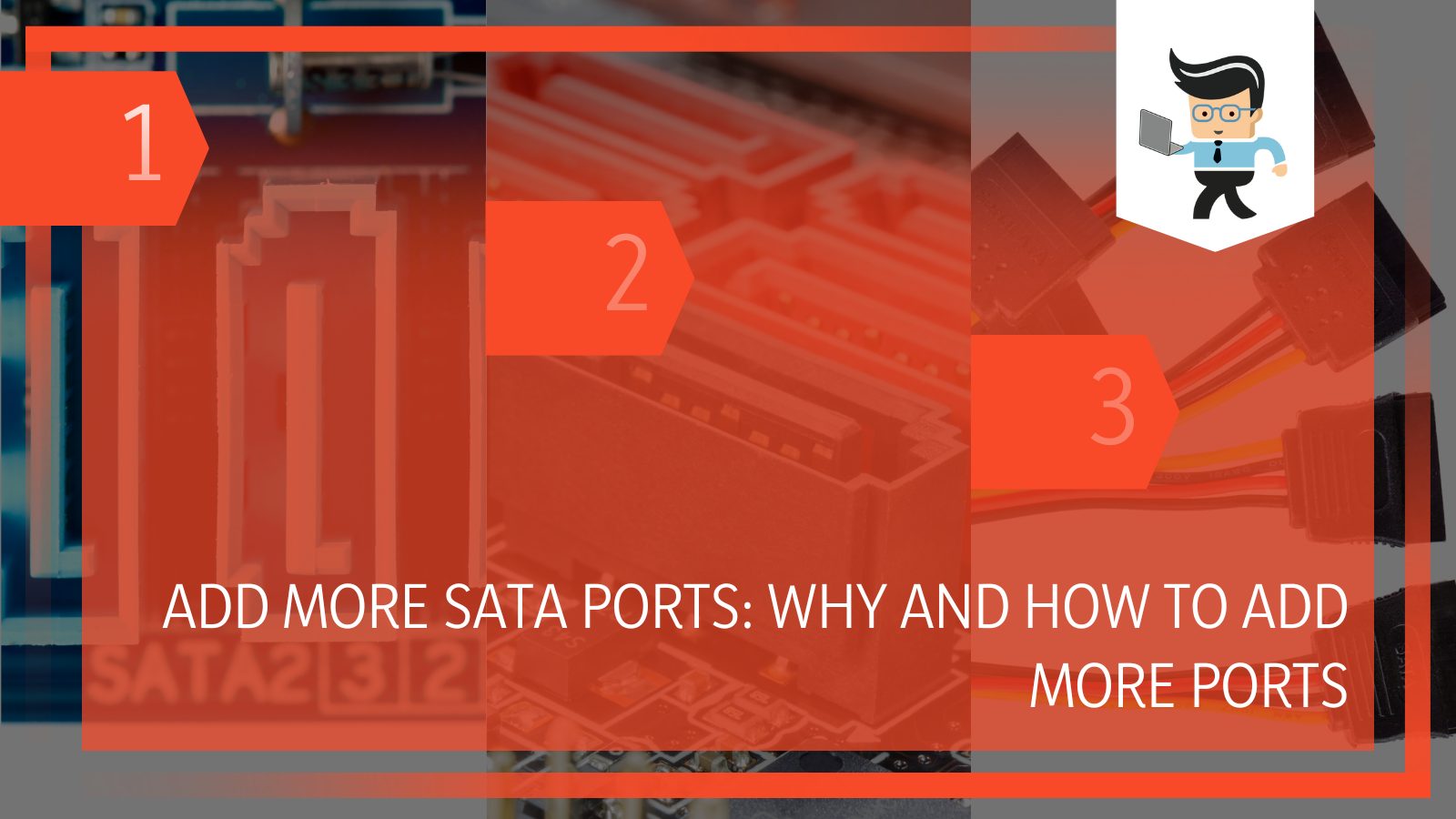 A SATA expansion card is connected via PCIe and can be designed with more than one connector to connect your storage devices to your computer. In this article, we’ll be sharing insights from our computer experts on how to get more SATA ports added to your computer.

Why You May Need More SATA Ports

SATA ports are mainly for adding more storage drives to your computer. Most motherboards come with two to six SATA ports.

If you’re building a normal PC you want to use at home, two SATA ports should be enough. But if your build is like a NAS PC that requires multiple storage devices, then you’ll need extra SATA ports depending on your storage needs.

How To Add More SATA Ports

It all depends on your preference and wallet. Here are the different methods you can use to add additional SATA ports to your PC:

A SATA hub port multiplier is one of the cheapest ways to add more SATA ports to your computer. This device allows you to turn one SATA port into a host that multiplies your ports. It is inexpensive and one of the common methods to utilize if and when you need more ports for your budget build.

However, as with many cheap things, the SATA hub port multiplier comes with a downside – performance. Since it uses one of the SATA ports on your computer’s motherboard as a host, it means the device will need to get its bandwidth from the host.

What this translates into is low performance as the single SATA port that serves as the host won’t be able to effectively distribute the same amount of bandwidth between the ports attached to it. You’ll be getting a lot of bottlenecks for the drives you connect to your computer via the SATA hub port multiplier.

While they may be inexpensive, they are inefficient and produce low scores on the performance and compatibility board. Unless you’re on a tight budget, we do not recommend that you add SATA ports to motherboard via these expansion cards.

The SATA PCIe cards are often the go-to expansion card most people choose when they need more SATA ports added to their motherboard. It’s the general solution for most average users. This SATA expansion card comes in a variety of sizes and each of them comes with a wide range of ports. 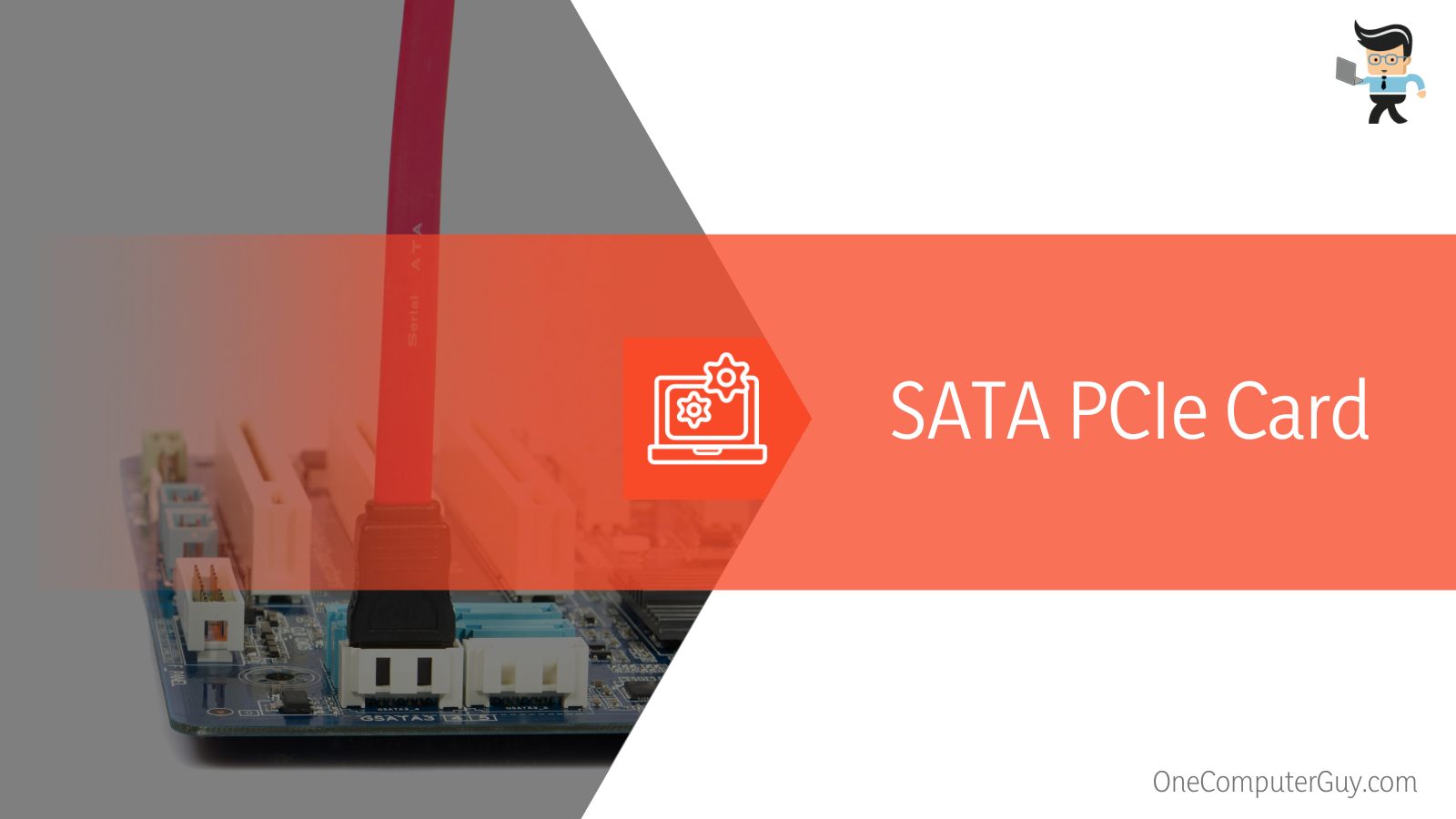 The number of ports on the SATA PCIe card can range from two to eight. However, it’s important that you consider the number of PCIe lanes the expansion card you buy has as doing so will help you understand the downstream and upstream bandwidth of the card.

It’s important that you understand factors such as PCIe version, throughput rate, and the PCIe lanes of your expansion card before purchasing one. Note that many SATA PCIe expansion cards do not feature RAID controllers. We’ve explained these factors below to help you understand them better.

They come with multiple ports so you may need to utilize multiple cables. For instance, a SAS SATA expansion card that can support eight different ports will need two SAS-4 SATA cables to work efficiently.

Factors to Consider When Choosing a SATA Expansion Card

While it’s true that you can get more SATA ports attached to your computer with an expansion card, knowing how these cards work will help you make the right choice for your build. Below are some important factors you need to understand before buying a SATA expansion card. 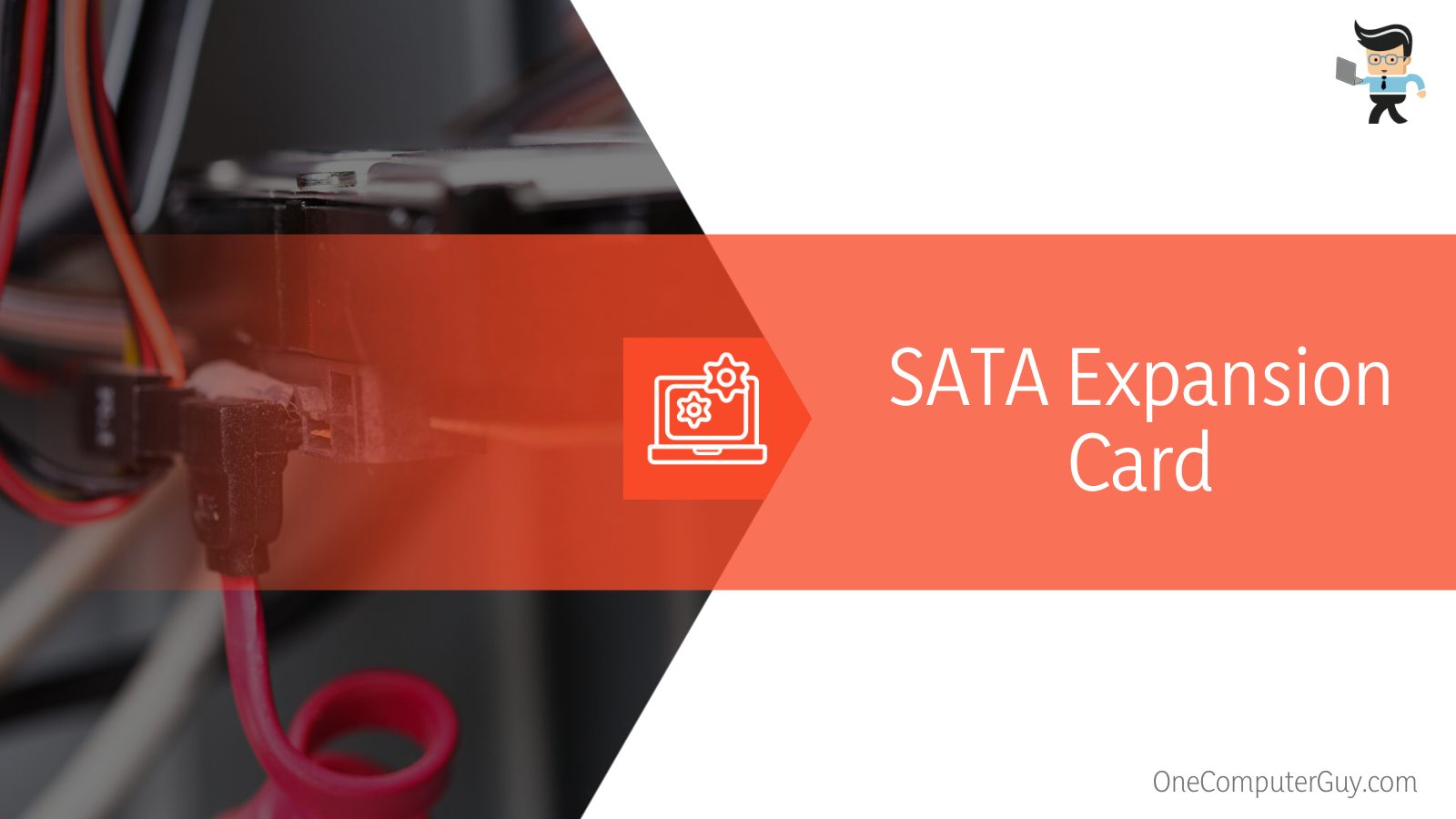 Before making a purchase, make sure you check out the version of the expansion card you’re buying. The card you choose needs to have the latest port version —version 3.0. Older SATA cards commonly have version 2.0 SATA ports.

– Number of Slots the Ports Has

While this may be an obvious factor to consider, it’s still worth mentioning. You want to make sure the SATA expansion card you choose to add extra SATA ports to your computer comes with two to eight different ports.

You should also consider the size as well as the PCIe version of the card to make sure you’ll get a decent amount of bandwidth provided to each slot. Here are more details on why you should consider both factors:

The PCIe version of your expansion slot also refers to the number of lanes they occupy. Taking the connector size and number of lanes into account will ensure that you get the ideal expansion card for your computer. 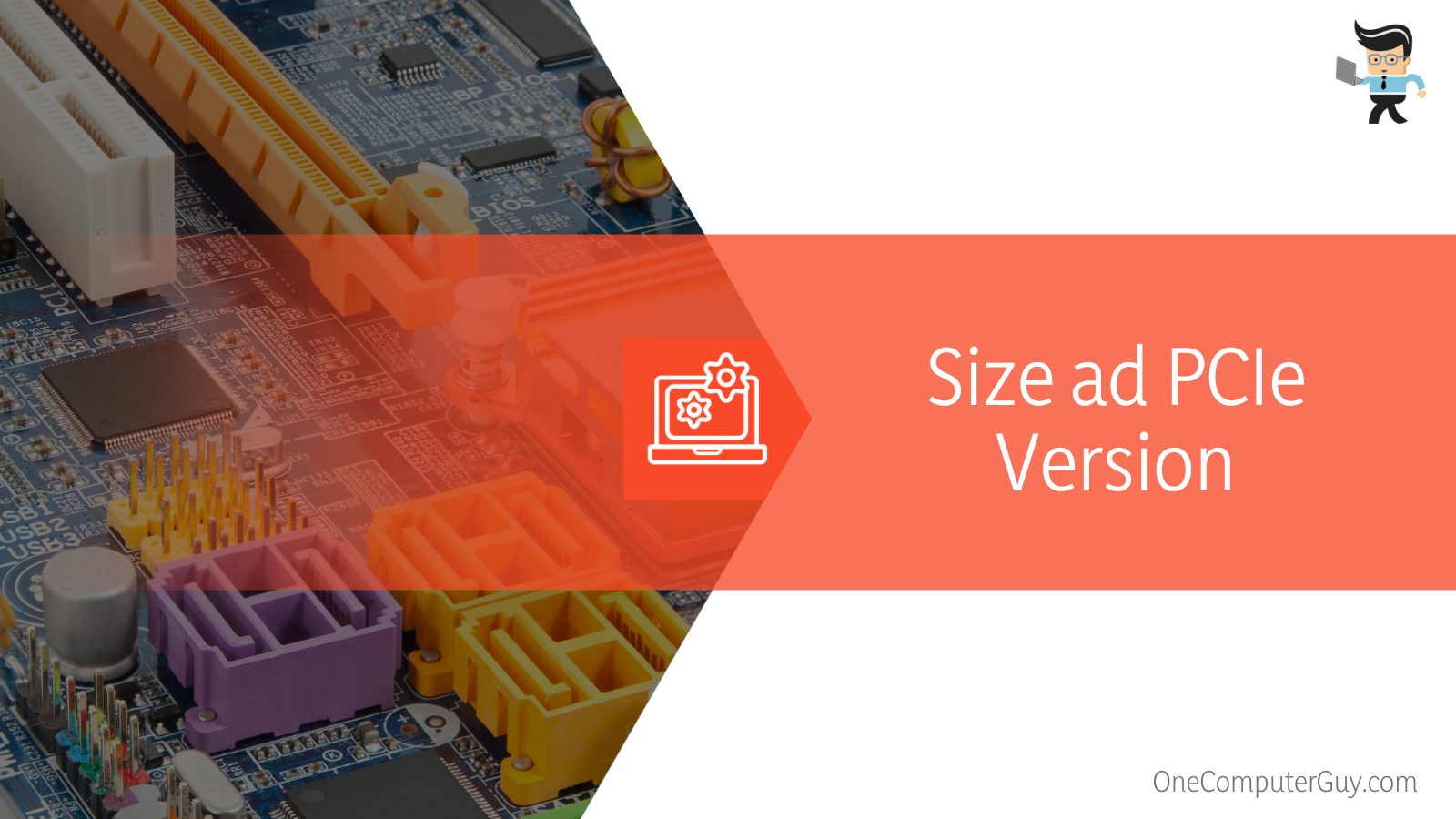 Each of these lanes is designed to offer a specific amount of transfer speed, otherwise known as the throughput rate, depending on the card’s version. For instance, a single-lane version 3.0 expansion card will provide up to 985MB/s while a single lane version 2.0 card offers 500MB/s.

Now, an average hard disk operates at a maximum speed of up to 200MB/s. Let’s assume you have an x1 connector with a PCIe version 2.0 standard and four different ports, the speed you’ll be getting on each port will provide any connected device with serious bottlenecks. For all four ports to provide excellent throughput, the speed provided needs to be at least 800MB/s. But a version 2.0 x1 connector only offers 500MB/s max, which means your hard drive is bound to suffer performance bottlenecks.

Therefore, when choosing an expansion card for additional SATA ports, you need to make sure you choose one that can offer excellent downstream so that your SSD doesn’t suffer any bottleneck.

Depending on your setup, it’s likely that not all the drives connected to the SATA expansion card will work at the same time. Therefore, you may not need to worry about performance bottlenecks.

Drives will remain idle until you access files from them, carry out an installation, or when you read or copy from them. However, it’s important that we mention the possibility of a performance bottleneck. 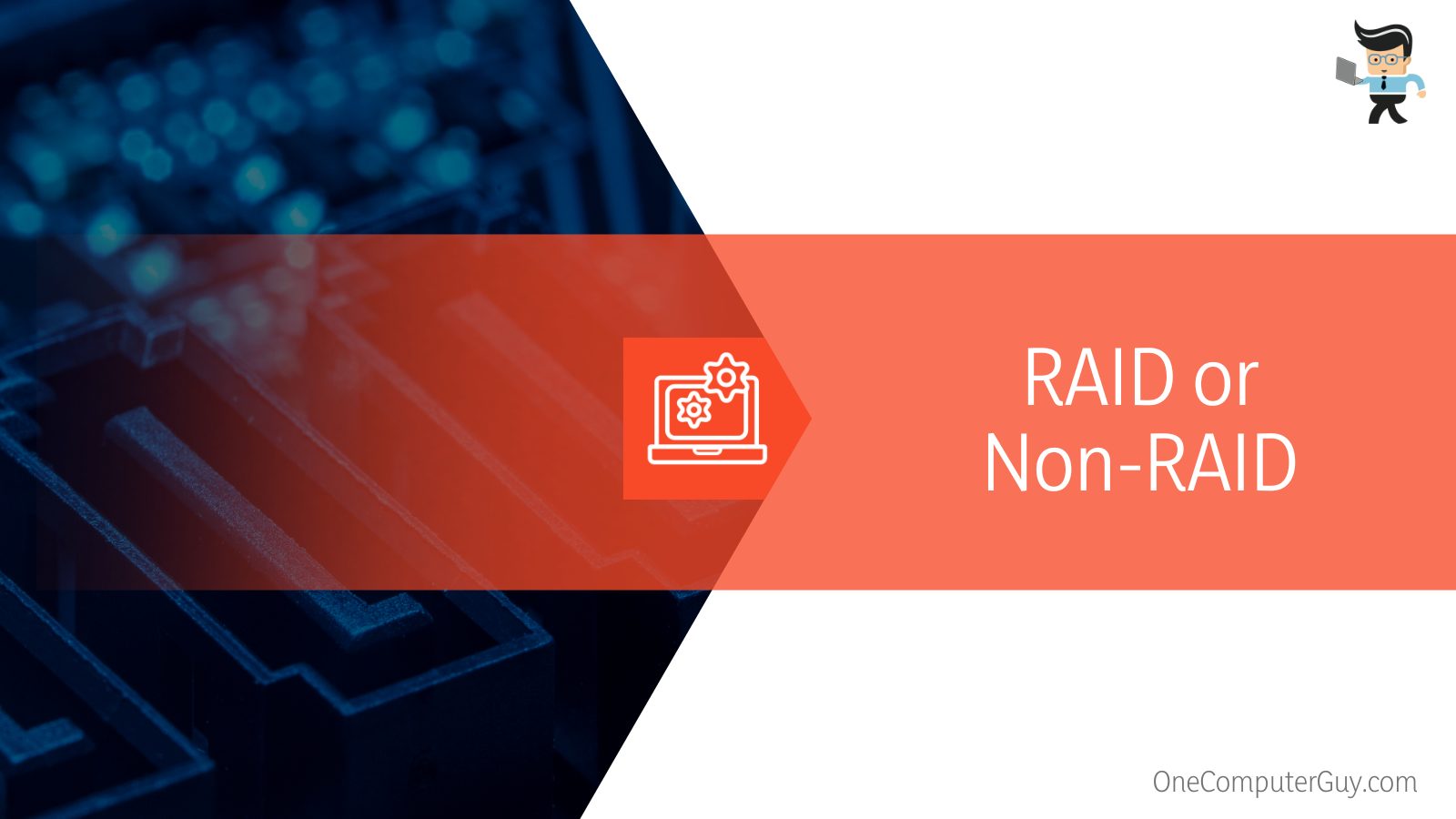 We’ve covered the different types of solutions available on how to add more SATA ports to your computer’s motherboard, so here is a quick summary to keep in mind:

And that covers everything on how to add more SATA ports to your computer. With the types and factors we’ve shared above, we believe you have a better understanding of how expansion cards work and how to choose the ideal one for your build.